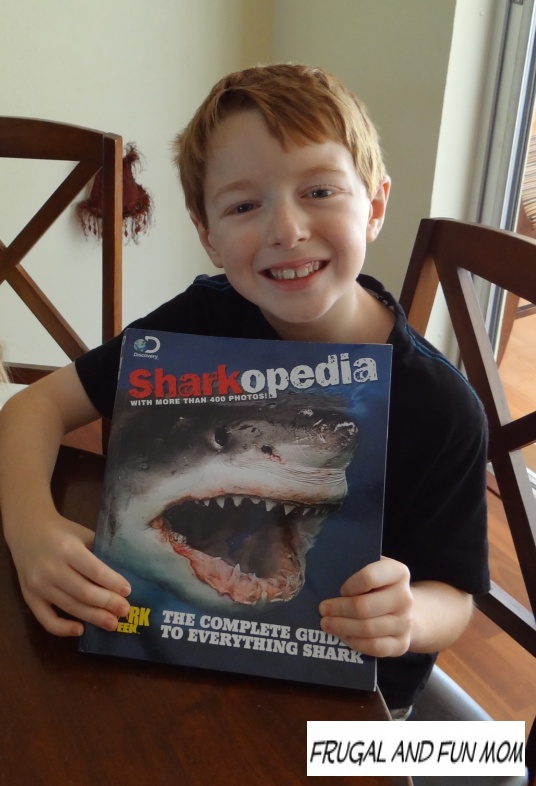 Have you ever heard of a Cookiecutter Shark?  They give round cookie-shaped bites. FYI, this was the first time I had ever seen or heard of this.

Thanks to Discovery Communications and Time Home Entertainment I was sent a free copy of the book called Sharkopedia: The Complete Guide to Everything Shark to review with my family.

Sharkopedia, is a 192 page full-color book that has over 400 photos of sharks.  It includes all 498 known shark species plus it contains anatomy, senses, behavior, plus stories about bites, attacks, and survivors. The book also has an introduction and special contributions called “Andy Says”, from shark expert and marine biologist Andy Dehart, a regular contributor to Discovery’s popular week-long TV event, Shark Week. 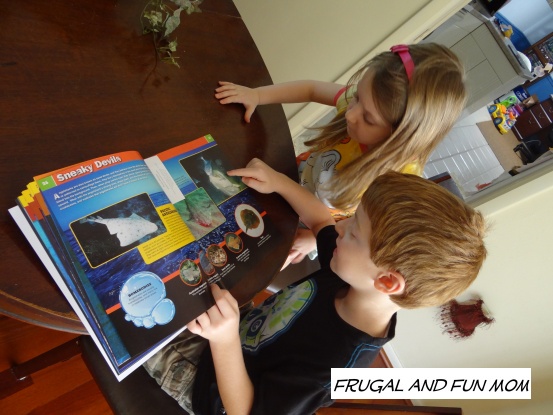 My 7-year-old son has been all over this since we opened it up.  As soon as he started reading the facts and checking out the pictures, he began saying to me “Did you know this about…?”  or “Check the picture of this shark out!”. Right after, his 4-year-old sister was next to him looking at the book and commenting as well. They pretty much love anything that has to deal with animals, and apparently sharks are no exception.

Did you know that Tiger Sharks often swim in swallow water near beaches? I didn’t until my son read this book and told me about it!

I asked my son what he liked best about Sharkopedia, and his answers included, “There are a lot of shark pictures in the book and I like the stories”. He then said, “I like that I can learn about new sharks that I have never seen before.” Personally I view this book as being educational rather than something scary. However, I would not read all the stories to my 4-year-old.

This book is extremely interesting and is hard to put down once you start checking it out. My son actually asked me when I was going to give it back to him. Sharkopedia from Time Home Entertainment, Inc. retails for $19.95 and is available for purchase at sharkopedia.com and wherever books are sold.

Do you have any shark fans in your home?  Do you personally like sharks?