A special thank you goes out to Fox Home Ent Insiders for providing my family with an art kit to help create a Troll Magnet as well as a Trolls Party Edition to host a Family Movie Night! Opinions expressed are mine alone. 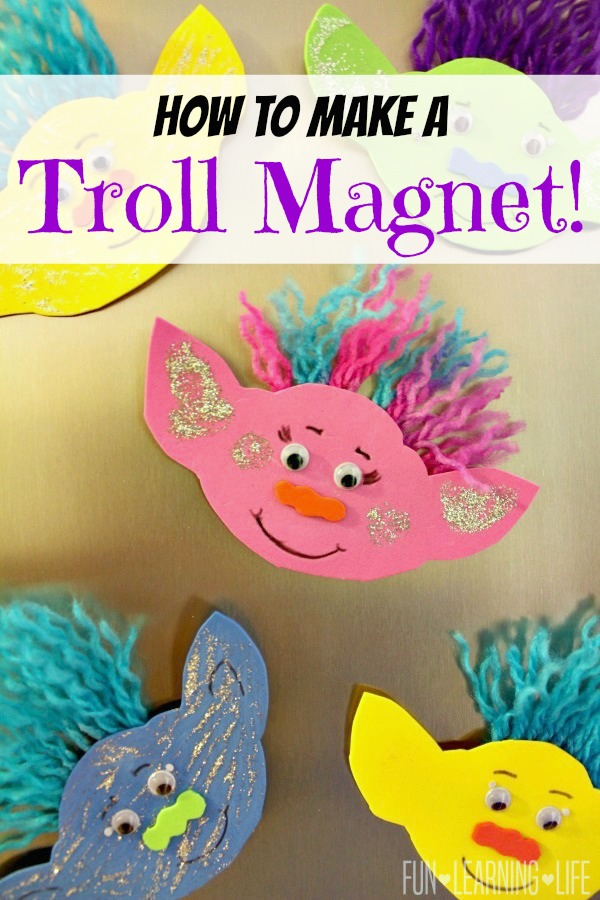 TROLLS Party Edition is out on Blu-Ray and a great way to party as you “Sing Dance Laugh Repeat” is to get your family’s crafty and artistic side on just like Princess Poppy and the rest of the Trolls Gang.

My kids and I actually did that very thing, when we put together a Troll Magnet inspired by the film. 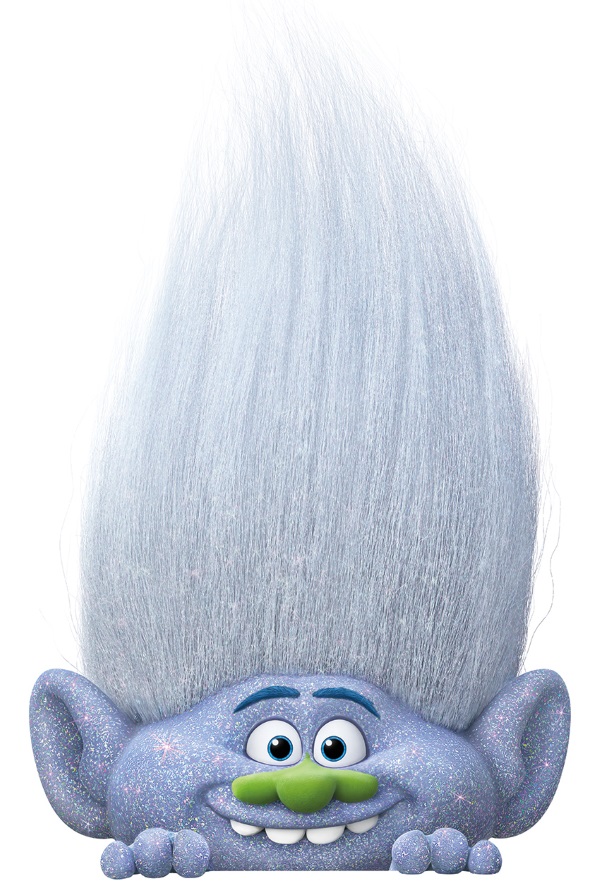 If you would like to recreate this fun craft, the “How To’ is below. Plus, read on for more details on how you can interact in real time with the newly released TROLLS Party Edition!

What you will need to make a Troll Magnet: 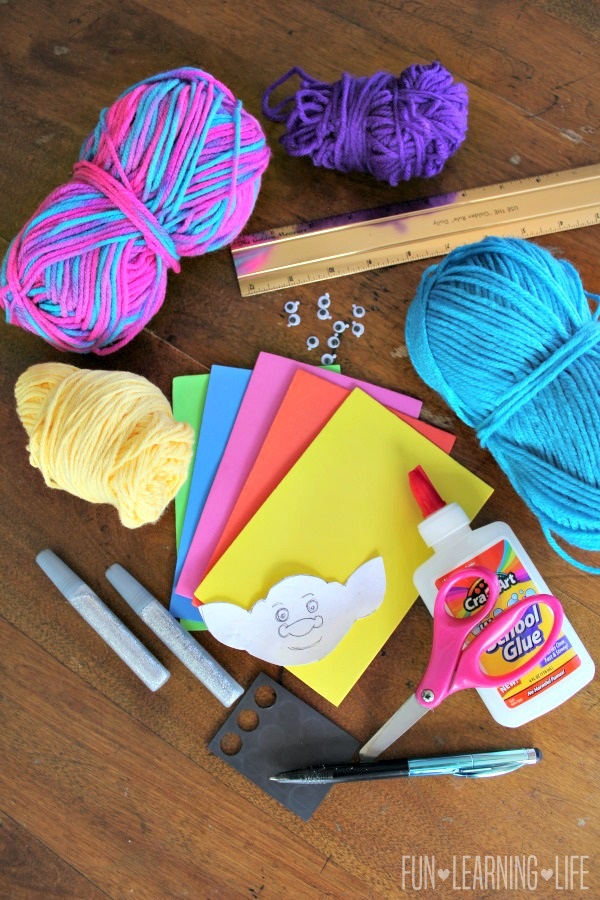 Tip: you can find most of these items at the Dollar Tree or your local Craft Store. 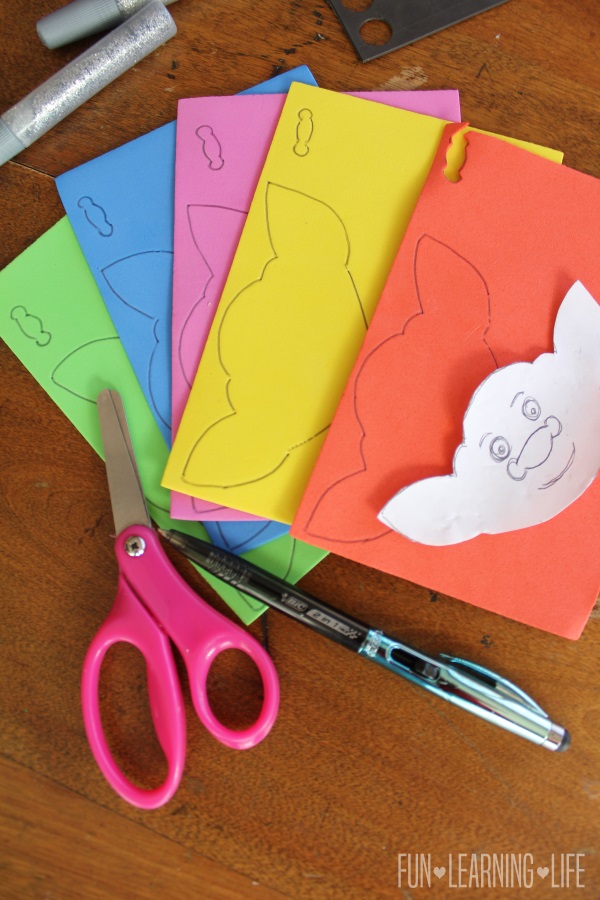 First draw a Troll face on a piece of paper to the size you want your magnet to be. Then cut this out. 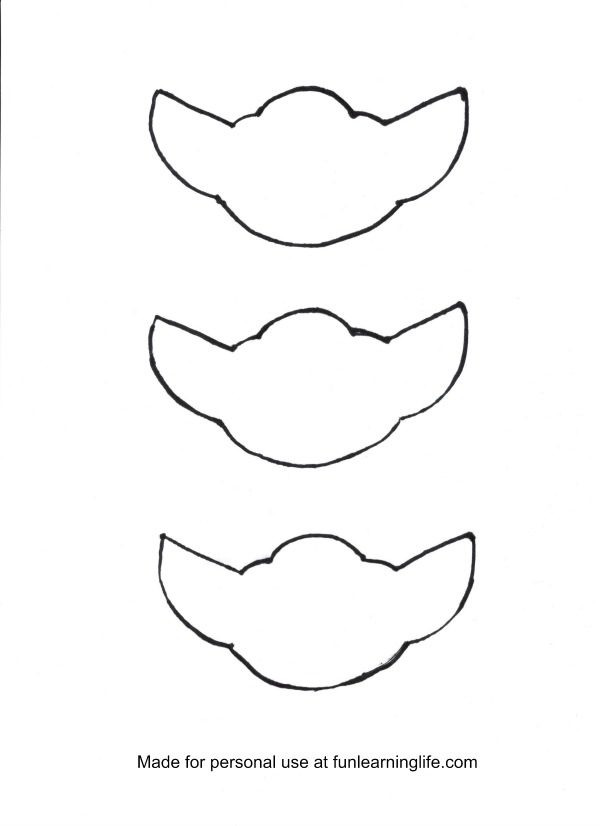 Click this Troll Magnet Template I created to download a sheet to make this a little easier!

I used this as my template to trace as well as our inspiration to apply the eyes nose, and mouth to everyone’s Troll Magnet. 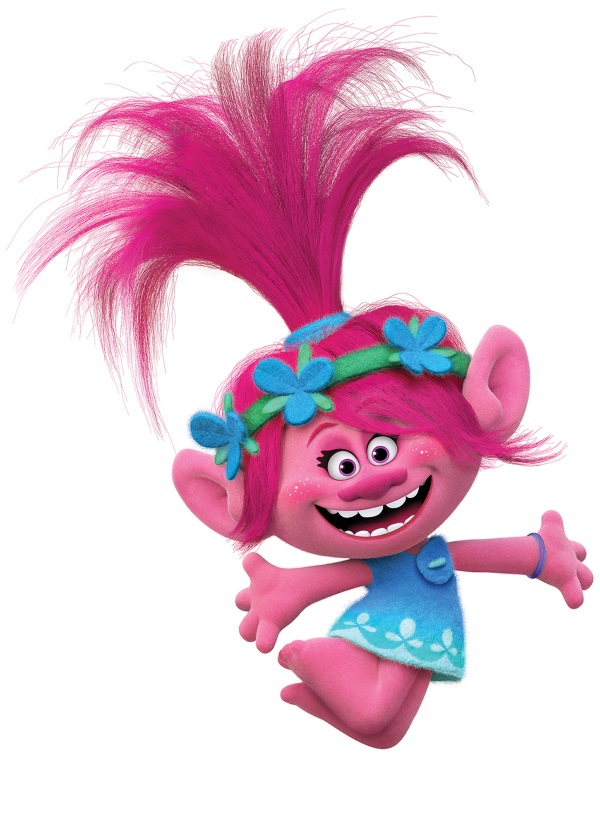 Now to start decorating your Troll, first have everyone pick out their color combination.

We had magnets with blue hair and yellow face, and red noses, blue and green combinations, and a pink with a read nose and multicolor yarn hair. 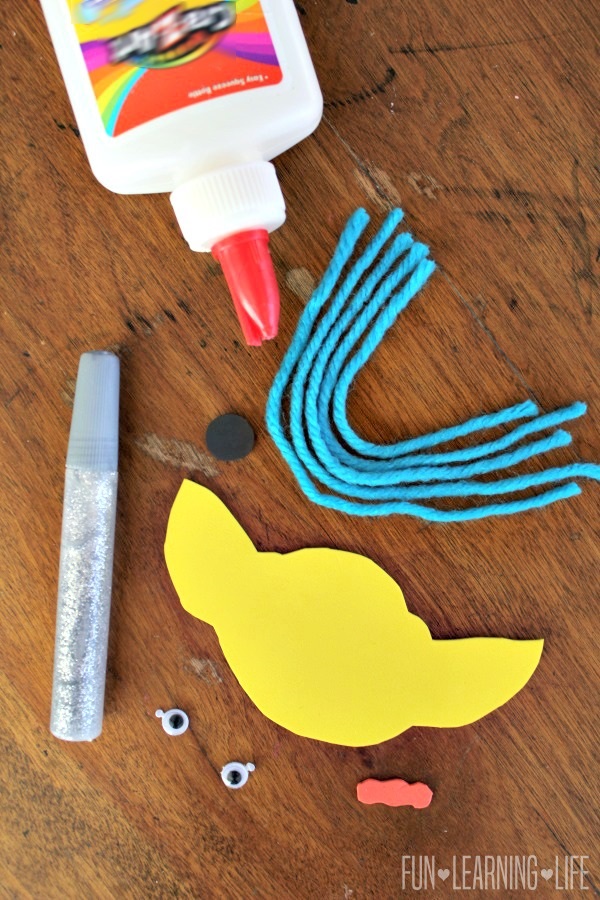 To put together the Troll Magnet, first cut out the head, attach the eyes, cut out a nose and glue it on.

Then draw eye brows and a mouth. 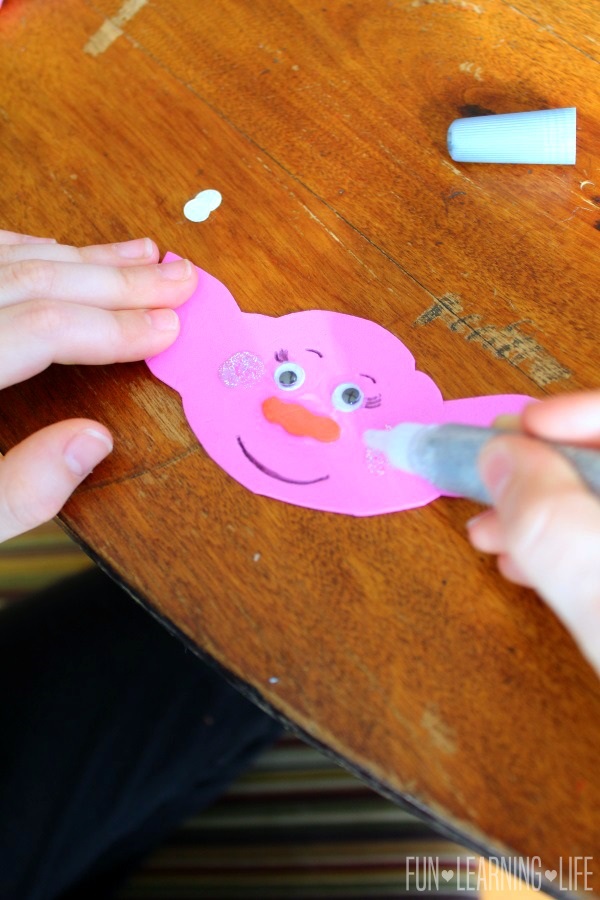 Next, we added glitter (You can do this before you make the face but allow it to completely dry).

Then, allow the face to completely dry. 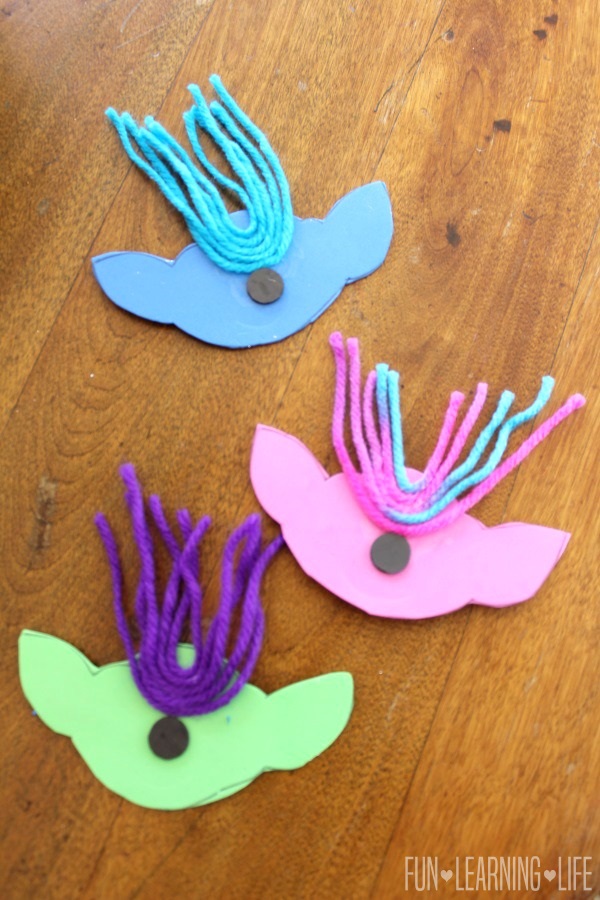 Once the face is set, then attach the yarn hair and magnet.

I used glue for both and used the ruler to cut 4-6 inches of hair for each strand. 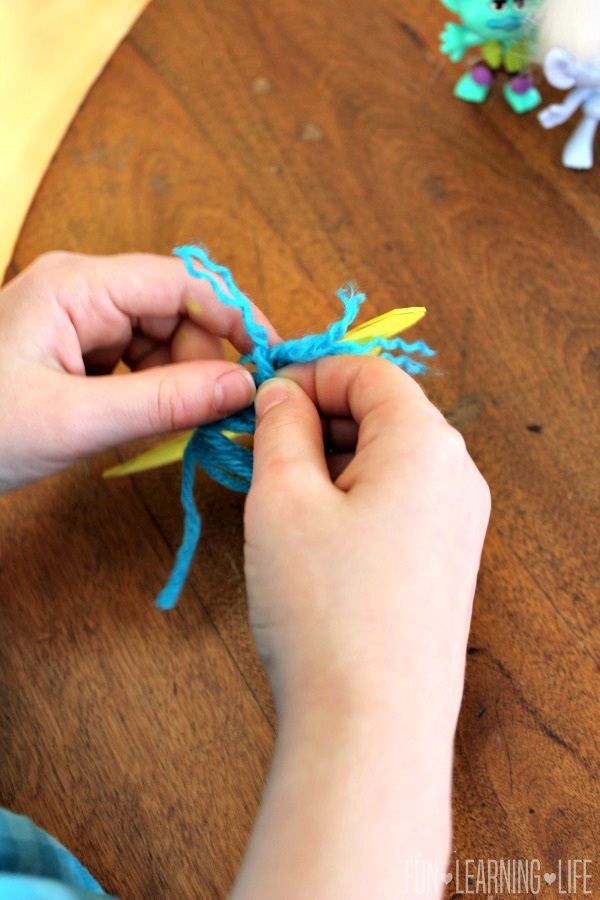 After the hair and magnet dries, unravel the yarn so the hair will stick up.

You may also need to trim the hair a little at this point. 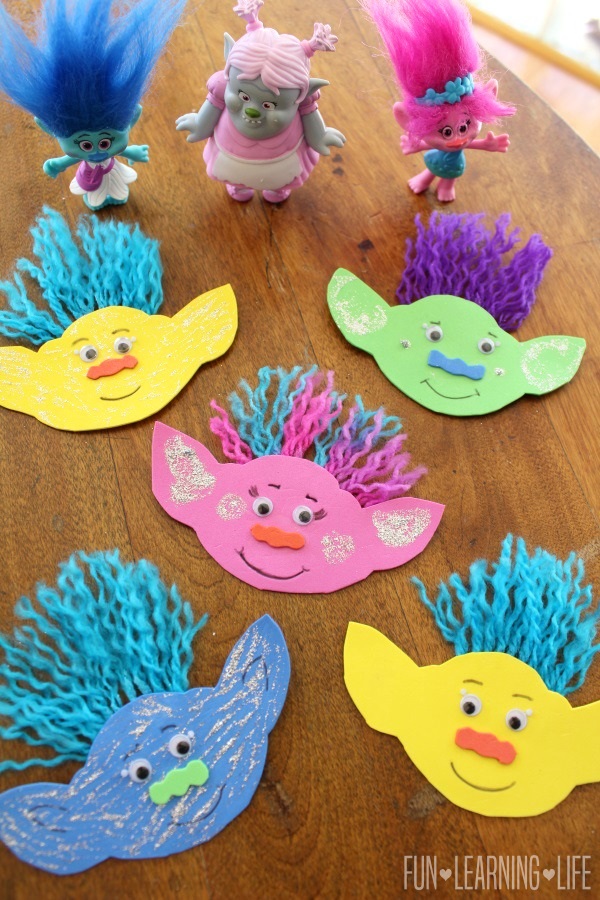 Your magnets are then ready to be hung on metal surfaces in your home.

We currently have 5 happy Trolls residing on our fridge!

Looking for other Trolls Craft and Food Ideas?  Be sure to check out Trolls Party Board on Pinterest and Poppy’s Rainbow Popcorn. 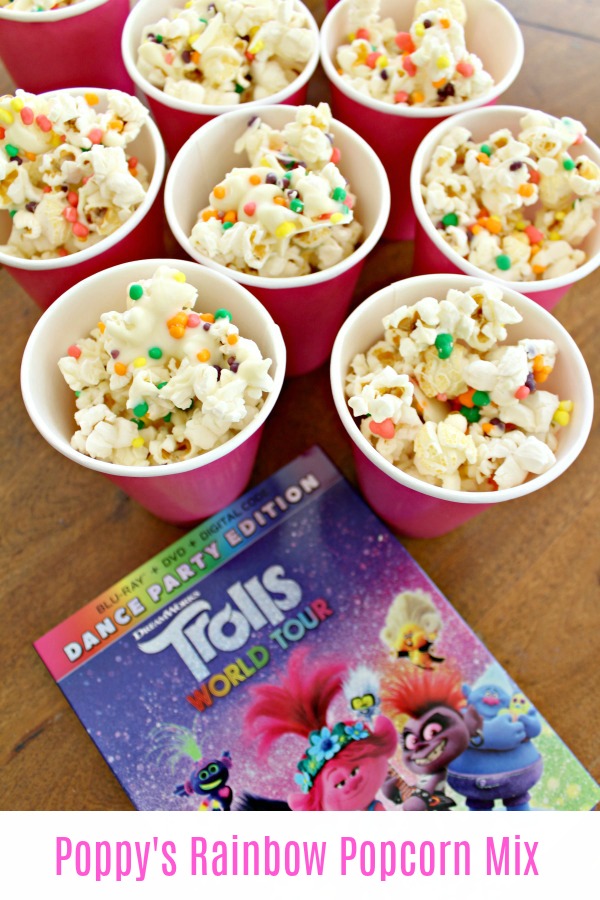 Be ready to give HUGS and HIGH FIVES, make Glitter and CUPCAKES, and share a little OH SNAP with TROLLS Party Edition on Blu-ray™! 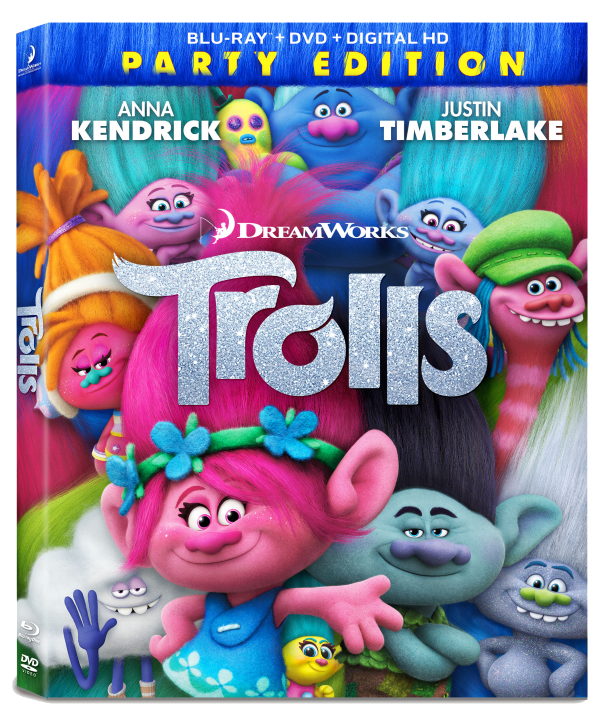 Exclusive to TROLLS BLU-RAY PARTY EDITION – take your Trolls Party to the next level with four interactive Party Mode features where you can use your remote to engage with the onscreen fun. 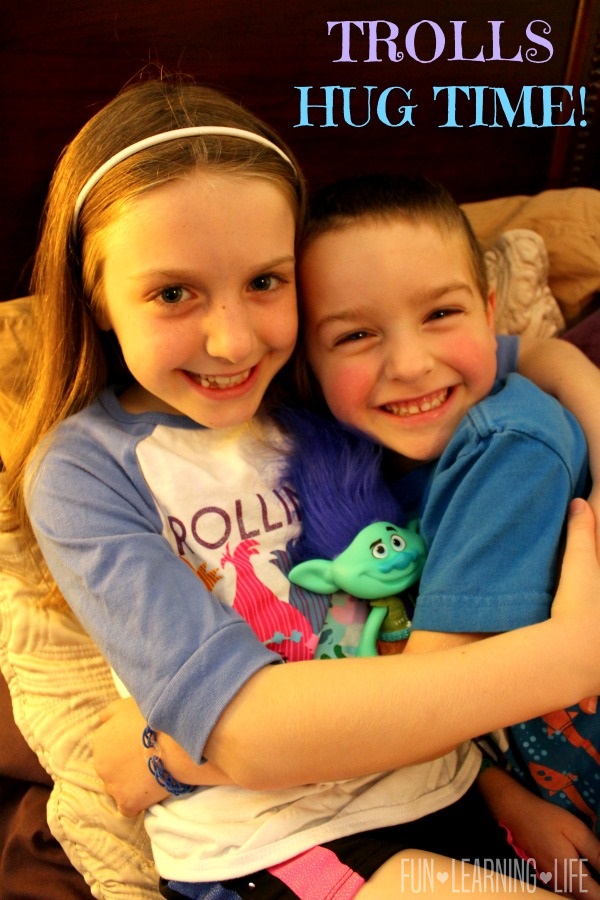 • Party Mode – Sing, dance and laugh along with the Trolls in this engaging, interactive feature.* *PLUS, only on Blu-ray: use your remote to conTROLL fun on-screen moments! 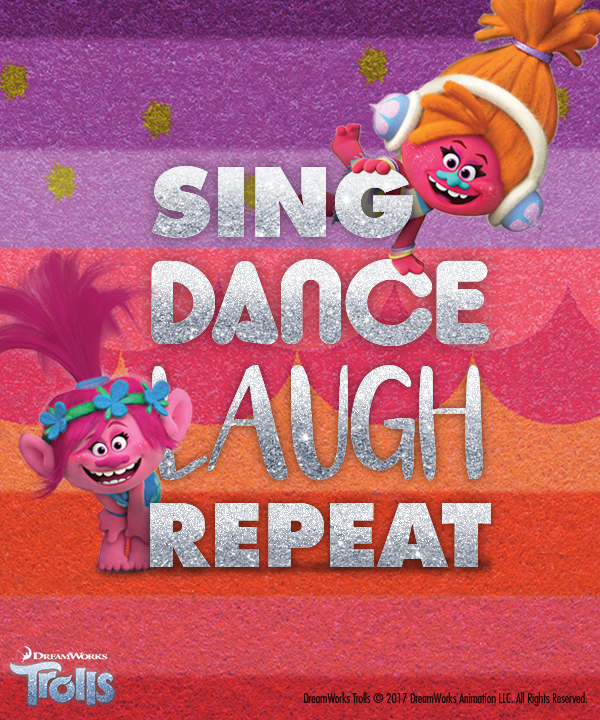 • Creating Troll Magic – Trolls Production Designer Kendal Cronkhite-Shaindlin leads a kid-friendly exploration of her role as production designer on the film before highlighting four key stages of creating the animation with detailed visuals of each stage.

• Troll 2 Troll – Poppy and Branch have a friendly debate on important topics such as “Cat vs. Dog.” * 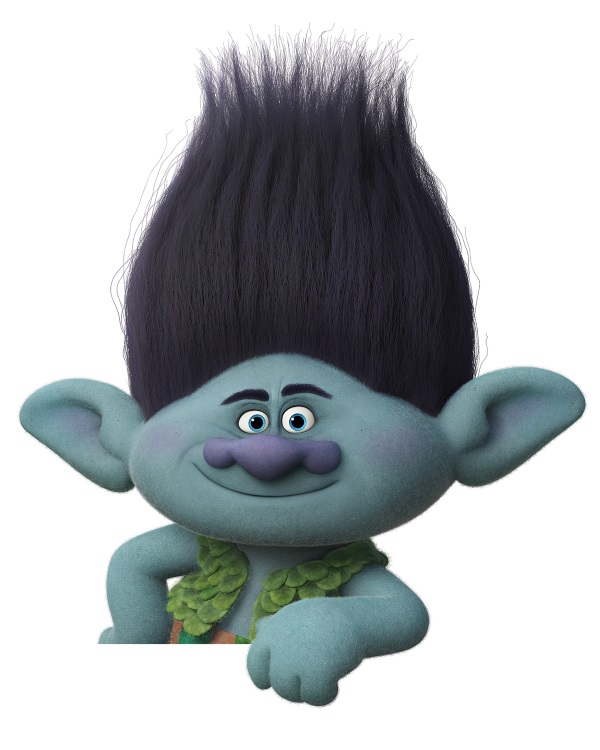 • Inside the Bunker – An in-depth exploration of Branch’s “special” place, narrated by Cloud Guy. *

Have you seen TROLLS yet?  Who is your favorite character?

TROLLS PARTY EDITION is out on Blu-ray™, DVD, and Digital HD NOW! 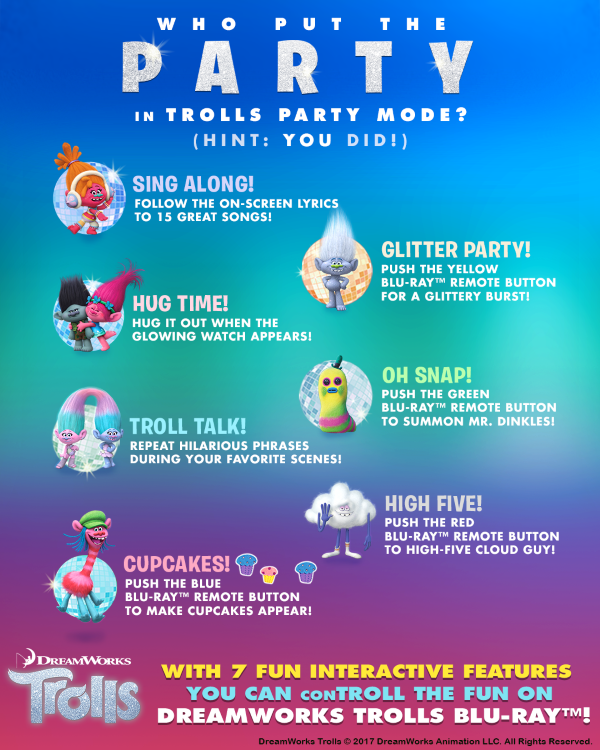