A special thank you goes out to Wow Wee for sending my little guy this UNTAMED T-Rex named Tracker to review! Opinions expressed are that of my own. 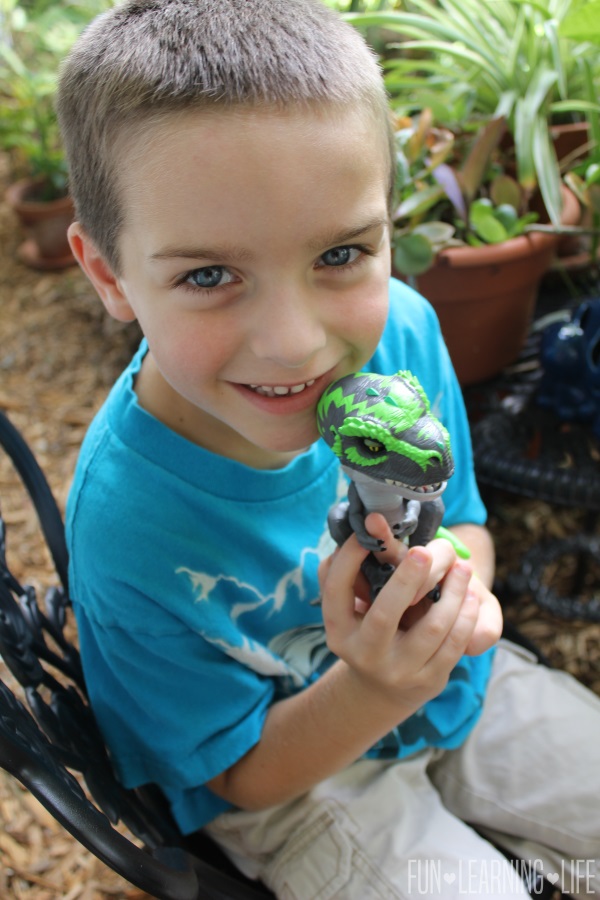 Do you have a child that is fascinated with Dinosaurs? Well ever since a certain Jurassic film came out a few years back, I have a 6 year old that is quite interested in them.

Because of this, we were excited to have an opportunity to review the new UNTAMED T-Rex Fingerling from WowWee. 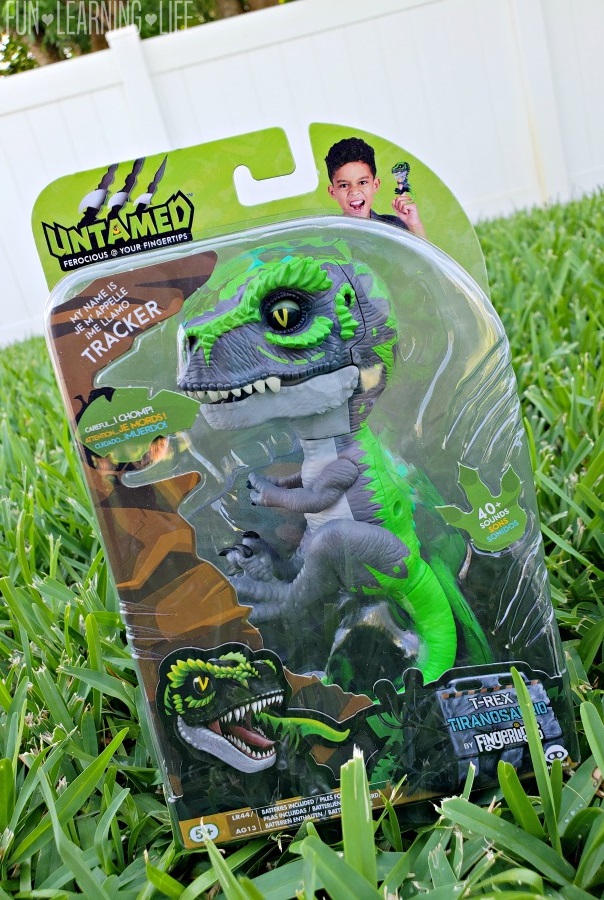 Now just to rewind a little, when my daughter got her first Fingerling all of my kiddos thought the Monkey was cool. Then came the Unicorn that mimicked their voices and they were very entertained, I could tell that my youngest son would have liked to have one as well.

Well the stars have aligned because now he is the owner of an UNTAMED T-Rex named Tracker. 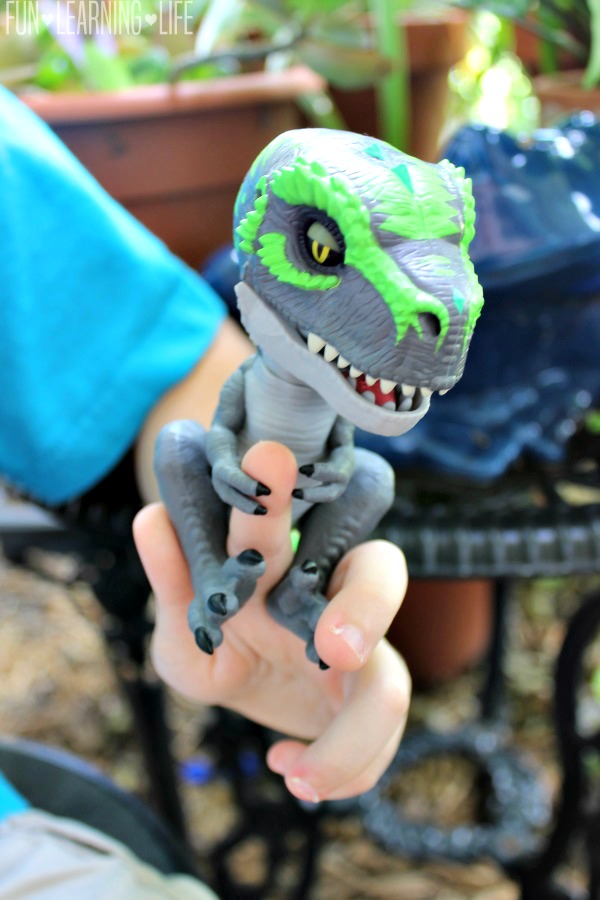 My son is still exploring all of his Dinosaur Fingerling features as well as 40+ sounds, but we have managed to get Tracker to sneeze, move, growl, and  even got a “TOOT” with a chuckle out of him!

He is activated after his switch is pushed ON and through various actions like patting his head, hanging him up side down, or blowing in his nose. There are additional ways to interact with him and they are included in the instructions. Check him out in the Instagram Video below!

🦖 Thank you to @wowwee for sending my little guy this UNTAMED but adorable dinosaur to review! (Ad) We are playing with our T-Rex named Tracker from @Fingerlings on #FerociousFriday! . . . 🦖 My son is still exploring all of his @UntamedFingerlings creature features as well as 40+ sounds, but we have managed to get Tracker to sneeze, move, growl, and we even got a “TOOT” with a chuckle out of him! If you have a kiddo that likes Dinos, this is a toy you will want to check out. FYI, look for these Fingerlings in stores and online in 4 different friend designs! (Post coming soon on the blog) . . . #funlearninglife #livecolorfully #thatsdarling #thehappynow #flashesofdelight #petitejoys #livethelittlethings #liveauthentic #nothingisordinary #finditliveit #howyouglow #colorventures #thatcolorproject#momswithcameras #pixelkids #playmatters #kidsactivities #invitationtoplay #livebrilliantly #dinosaurtoys #fingerlings #dinosaursofinstagram #toysofinstagram #toyphotographer

He is also adorable when you cuddle him in your arms and he goes to sleep. 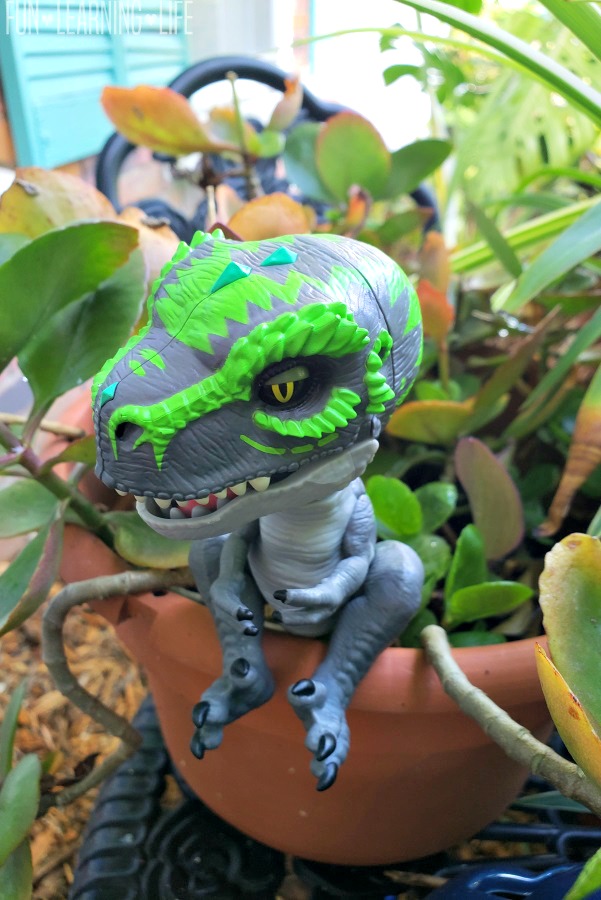 If you also have a kiddo that likes Dinos, then this Dinosaur Fingerling would be great for future birthdays or holiday gifts.

Look for these UNTAMED Fingerlings in stores and online in 4 different T-Rex designs as well as a Velociraptor Dinosaur Fingerling! Be sure to also check them out on Instagram and Facebook!