A special thank you goes out to Disney Home Entertainment for providing my family with a Disney Pixar CARS 3 Blu-Ray and DVD as well as press materials for review, opinions expressed are that of my own.

Looking for ideas to keep the kiddos busy between now and Thanksgiving?

Might I suggest picking up a copy of the Disney Pixar CARS 3 Blu-Ray and DVD out November 7th and upcycling that Halloween Candy into a fun Candy Cars Craft!

My oldest was totally into the original CARS film and his little brother continues to share that appreciation as he plays with the hand me down Lightning McQueen Toys. Of course this is a Disney Classic we have watched many times, and when the new CARS 3 came out all 3 of my kiddos were eager to see it. 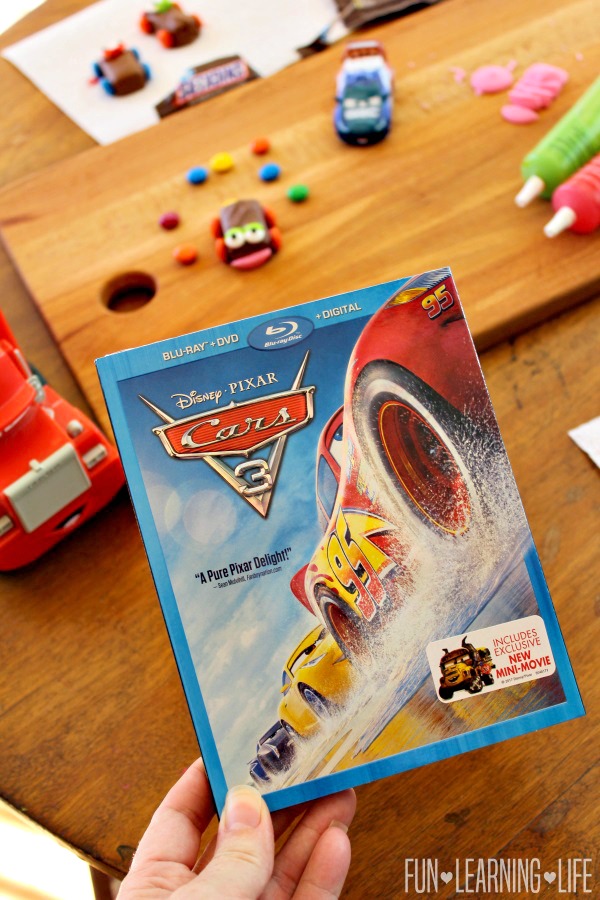 Since I had a ton of candy sitting around from our recent not so spooky holiday, I decided to turn it into an edible activity to celebrate the animated movie. If you would like to recreate these Candy Cars, details are below! 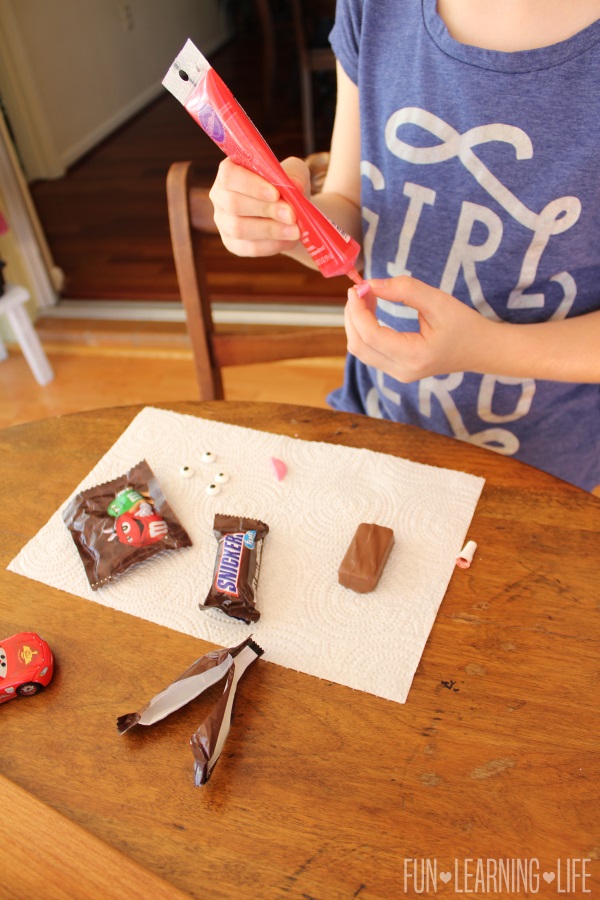 What you will need to recreate the Candy Cars Craft: 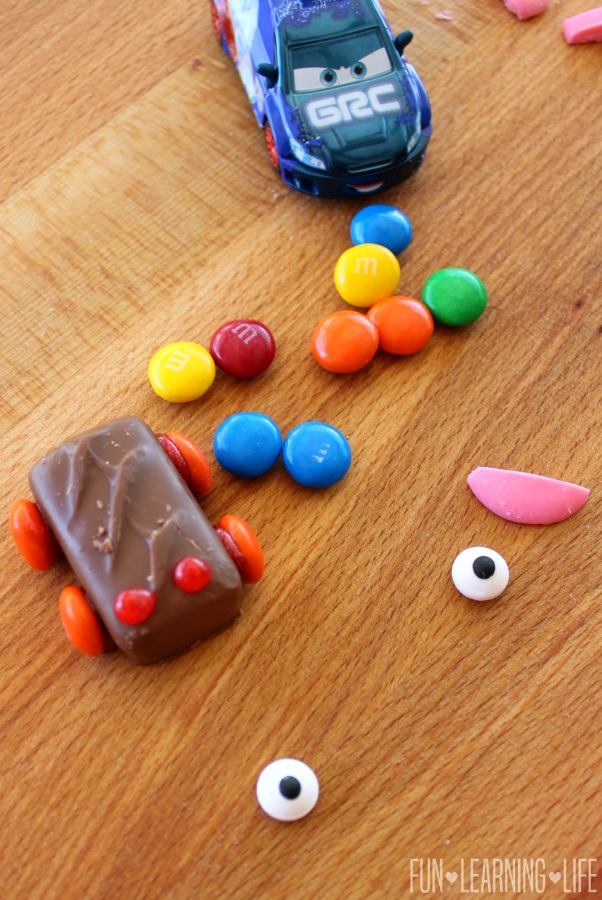 To get started with the Candy Cars Craft first have an adult slice mouth parts out of the candy melts.

Then provide your child with a candy melt mouth, Candy Bar, 4 M&M’s, and 2 candy eyes. (My kiddos ended up making two after we raided the Halloween Candy) 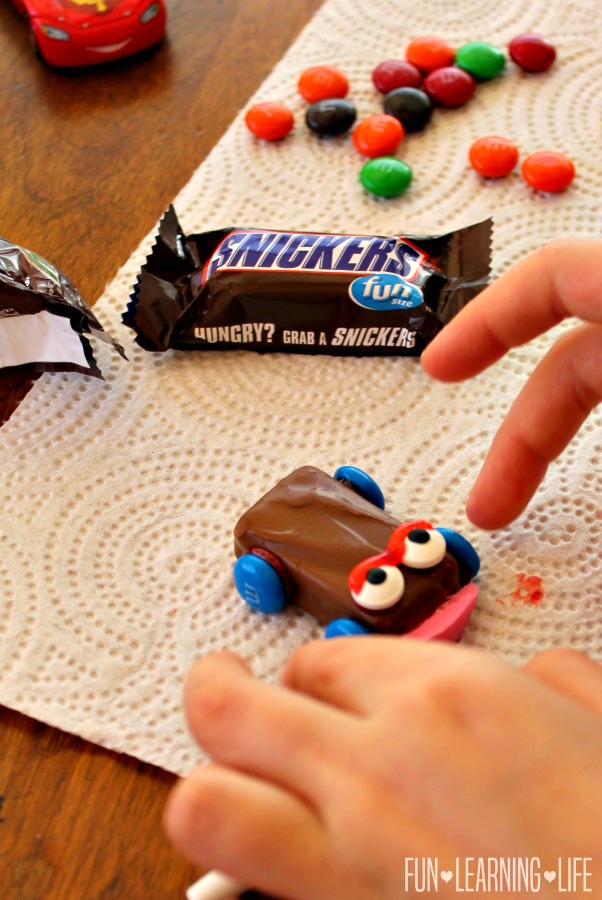 Next, start attaching the parts by using the gel icing. Place the M&Ms on the side, pink mouth on the front, and the eyes on top. We then took a little icing and went across the top of the eyes to make them look like lids.

Finally, allow the cars to set or the kiddos can eat them immediately. I think this Cars Candy Craft would also be a perfect addition to a birthday party or a boredom buster over holiday vacation. 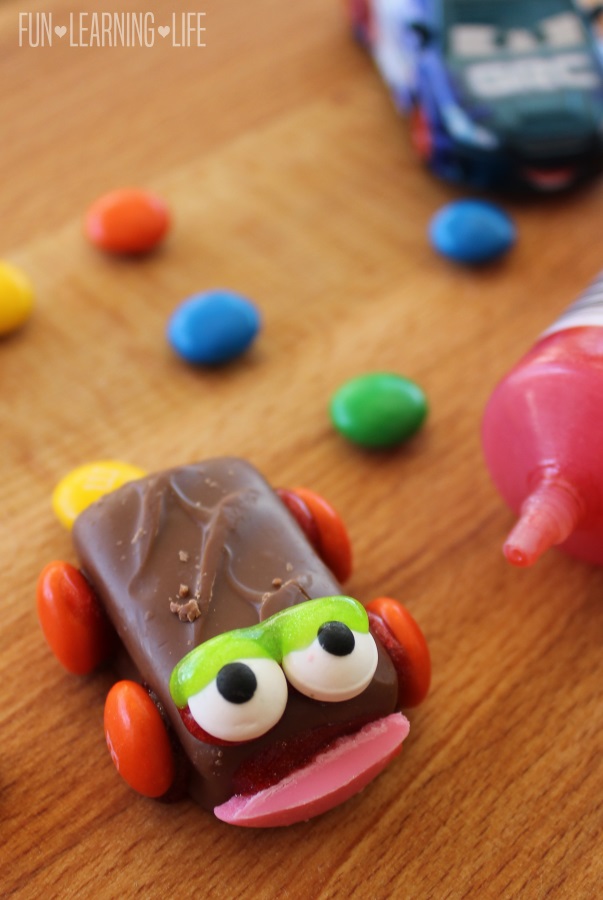 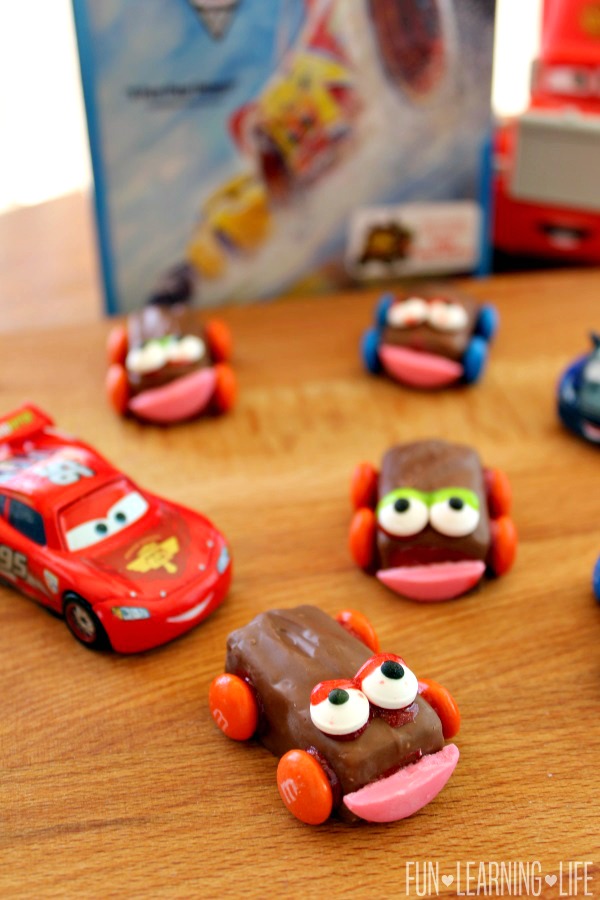 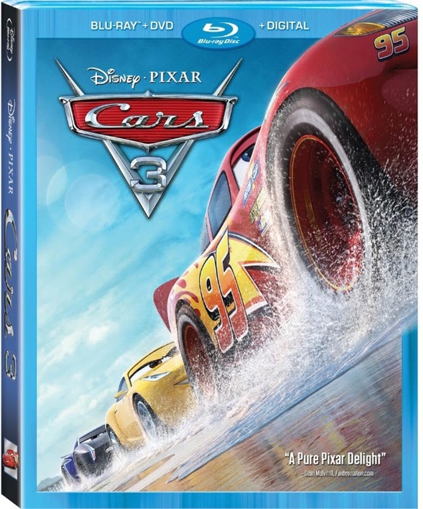 The film also features NASCAR drivers and the voices behind the sport, as well as a host of returning characters from Radiator Springs and the “Cars” racing world.

Look for Disney Pixar CARS 3 Blu-Ray and DVD online and in stores November 7, 2017!

My kiddos enjoyed this craft as well as the film. I hope your family has just as much fun as mine did celebrating this release!