During a recent trip to Los Angeles I got an opportunity to see an advanced screening of the Disneynature film BORN IN CHINA and this experience inspired an easy Panda Ears Craft.

A special thank you goes out to Walt Disney Studios for providing film details, images, as well as sponsoring my trip and accommodations to the Be Our Guest Event. Opinions expressed are that of my own.

Now I will first tell you that I am an absolute fan of Disneynature films. I love that they encourage conservation as well as how they bring to life amazing stories about these majestic animals.

BORN IN CHINA is a beautifully produced film, that draws us closer to experiences that we might never see in person. Because of this, I am looking forward to taking my children to watch this journey together as a family. 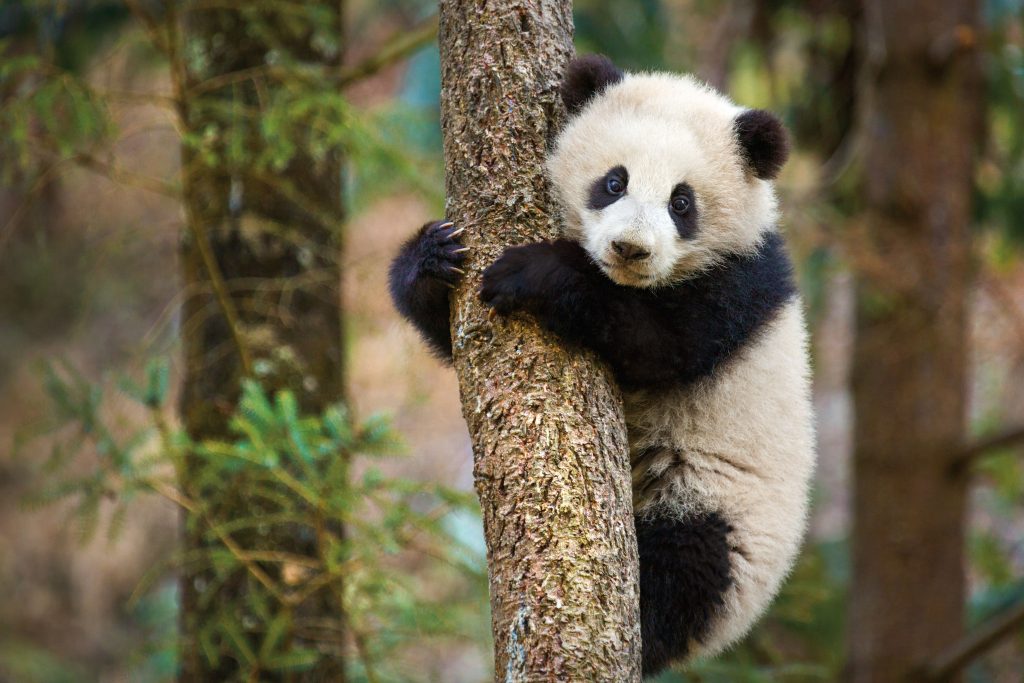 Check out my 4 Reasons To See Disneynature BORN IN CHINA, as well as keep reading for instructions on how to make the Panda Ears Craft.

Moviegoers see a panda cub, baby golden snub-nosed monkeys, as well as snow leopard cubs. They are SO ADORABLE! 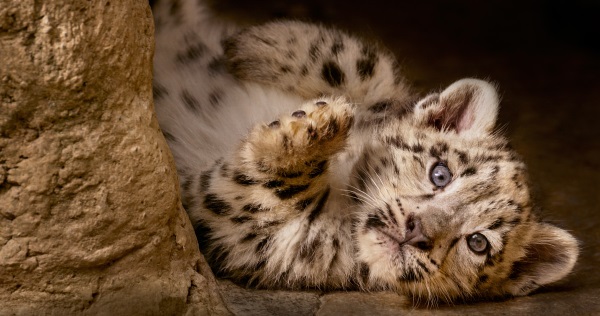 Not only do you get to watch these adorable young animals, but you follow their journeys. BORN IN CHINA begins with a PANDA bear mother Ya Ya raising her baby Mei Mei as she begins to grow and seek independence. 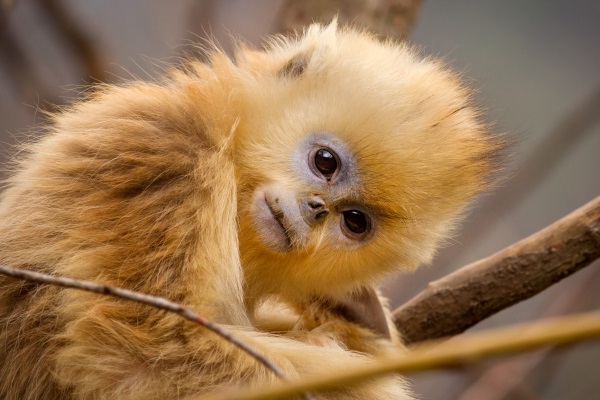 There is also a two-year-old GOLDEN SNUB-NOSED MONKEY named TaoTao who is uprooted by the introduction of his new baby sister. This in turn leads him to join up with a group of misfit outcasts called the “The Lost Boys”. 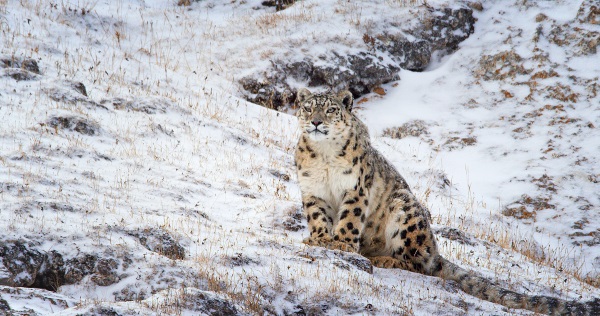 In addition, you witness a mother SNOW LEOPARD named Dawa facing the difficult task of raising her two cubs in one of the harshest environments on the planet. Her story definitely hit me hard as a mother and brought a lot of emotion at the end of the film. 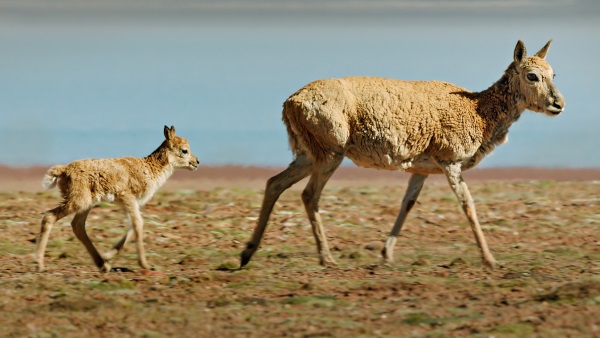 Along with these stories, you will get to see MIGRATING CHIRU in their natural habitat as well as RED-CROWNED CRANES taking flight.

Just to explain a few of the feats concurred in order to create this production, at more than 15,000 feet above sea level a Snow Leopards world is decidedly inhospitable. To film these mysterious and majestic animals, filmmakers flew into Beijing and spent eight days driving to the location. The team included local Chinese and Westerners and routinely spending many hours each day trying to locate and film the snow leopards.

In another instance, to ensure that the crew would not endanger the Pandas by habituating them to humans, filmmakers were required to don “panda suits”, this included black and white garments made to look and smell like pandas. This disguise allowed them to blend in with the subjects as they were filming. 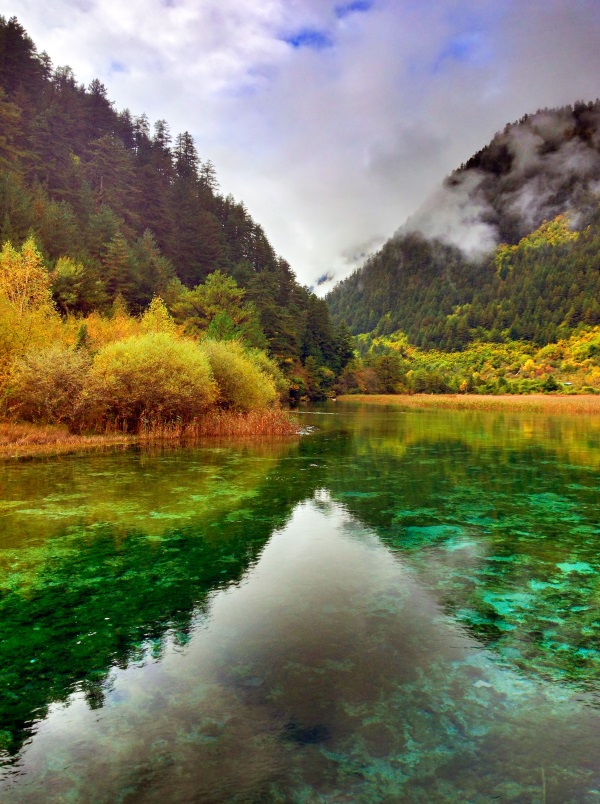 Furthermore, filmmakers captured moments in the golden snub-nosed monkey’s life rarely seen on film. Crew members had to make their way through the dense forest each day, which was both time-consuming and physically demanding. Be sure to watch the credits to see the absolute devotion these filmmakers had to capturing the beautiful scenery. 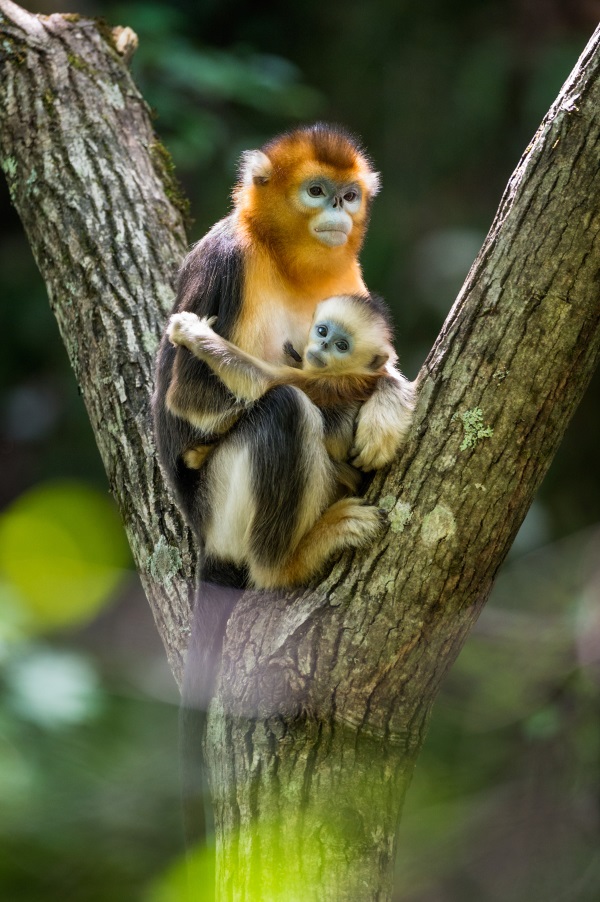 4. Your Attendance Makes A Donation-

Moviegoers who see Disneynature’s new True Life Adventure film BORN IN CHINA during its opening week (April 21-27, 2017) will benefit the World Wildlife Fund (WWF). Based on opening-week attendance, Disneynature, via the Disney Worldwide Conservation Fund, will make a contribution to the WWF to help protect wild pandas and snow leopards in China. 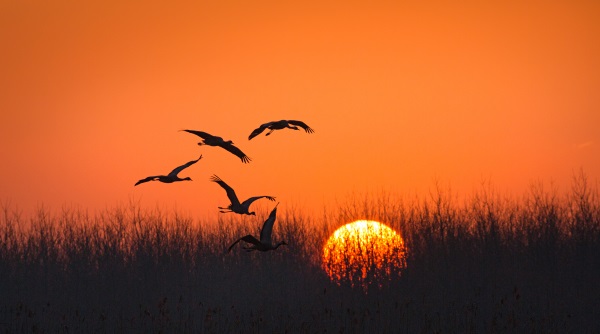 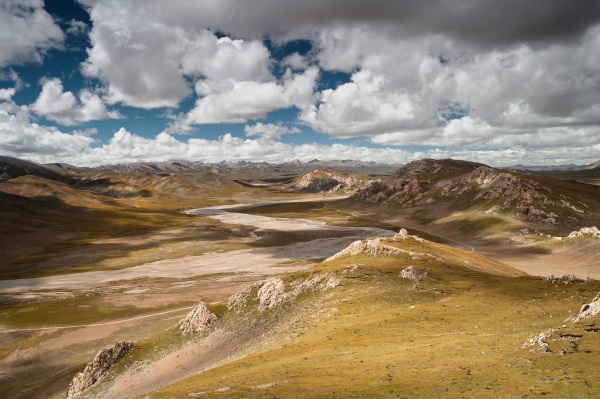 Additionally, efforts have funded research and restoration grants in U.S. National Parks, supporting conservation projects spanning 400,000 acres of parkland and protecting 75 species of animals and plants, and helped protect monkeys and other endangered species in their natural habitats across Indonesia, Cambodia and Sri Lanka. 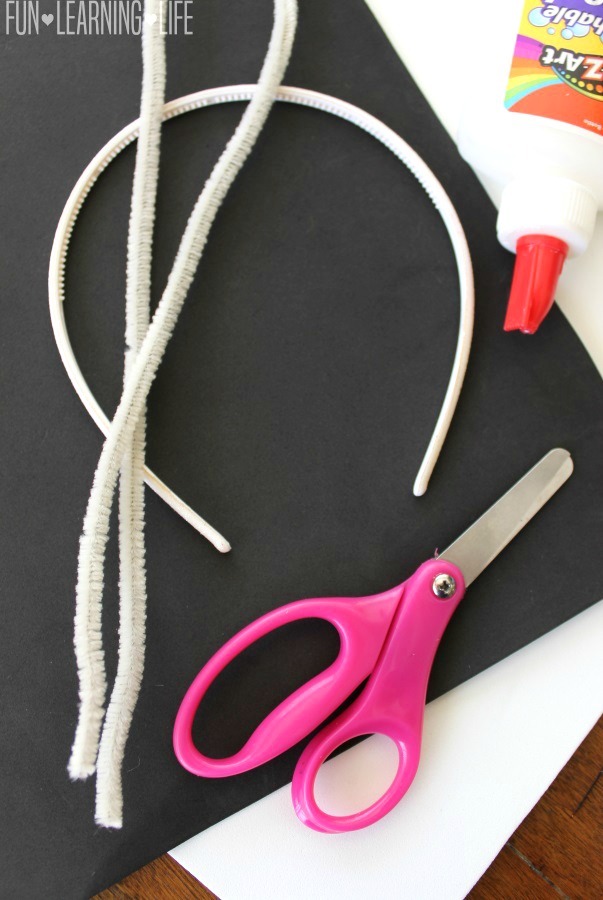 Does you family loves Pandas just as much as we do? Here is what you will need to make your own Panda Ears Craft: 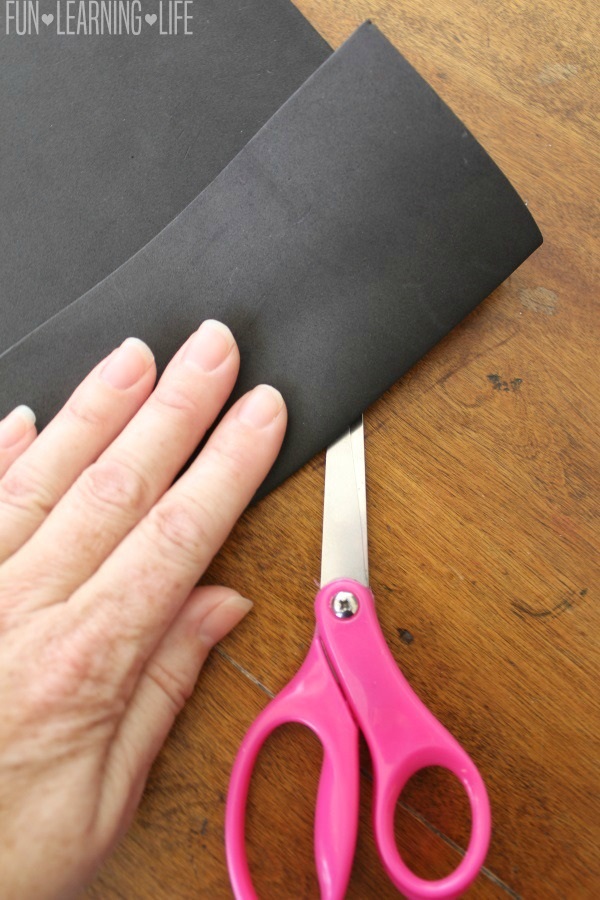 First cut half circle shapes out of the black foam. I did this by bending the material in half. 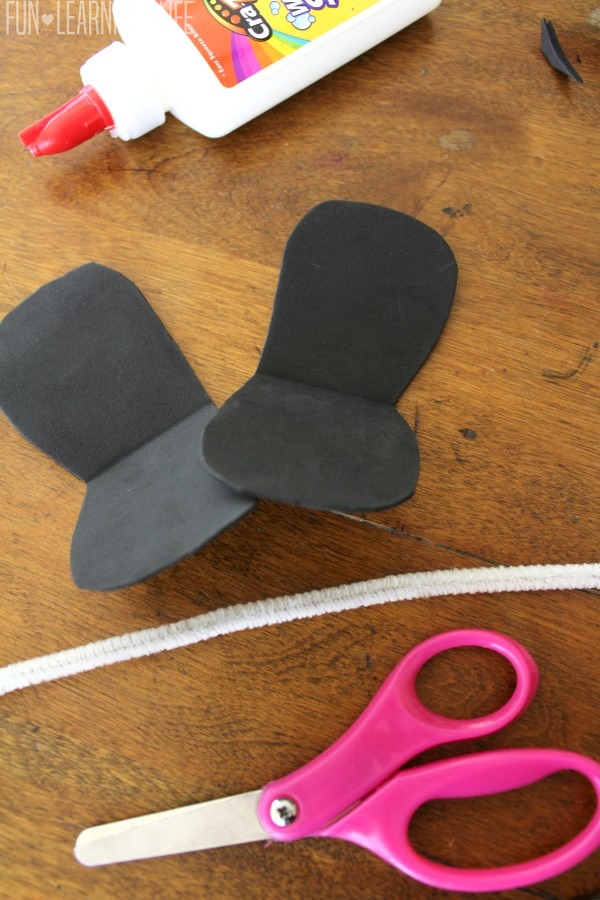 Next take the black foam and lope over the arch shape fuzzy stick (Tip: if the ends of the fuzzy stick are pointy, slightly bend a small area at the end of each side to avoid getting poked) or white headband. Glue the 2 sides to one another. 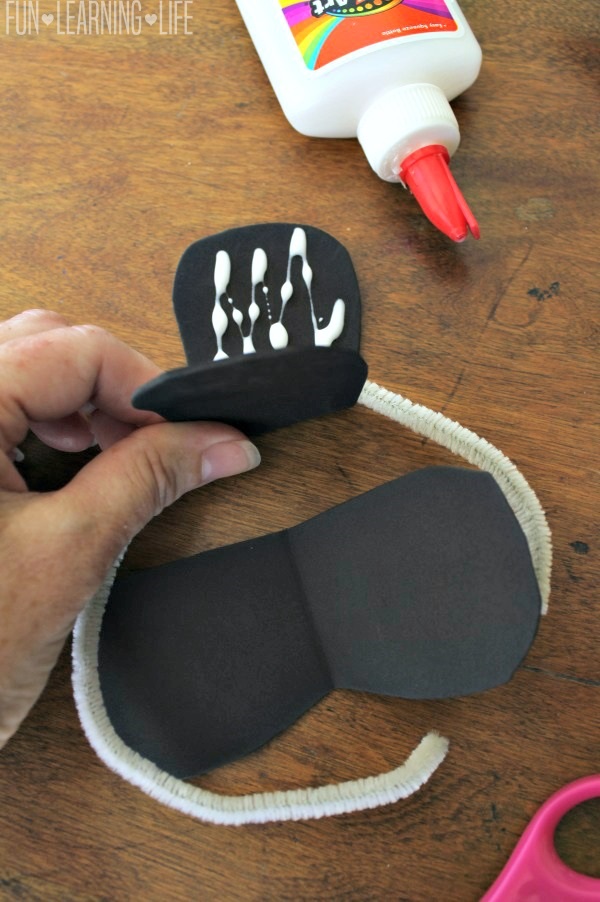 Place something heavy on top of the ears to keep them together as they dry. 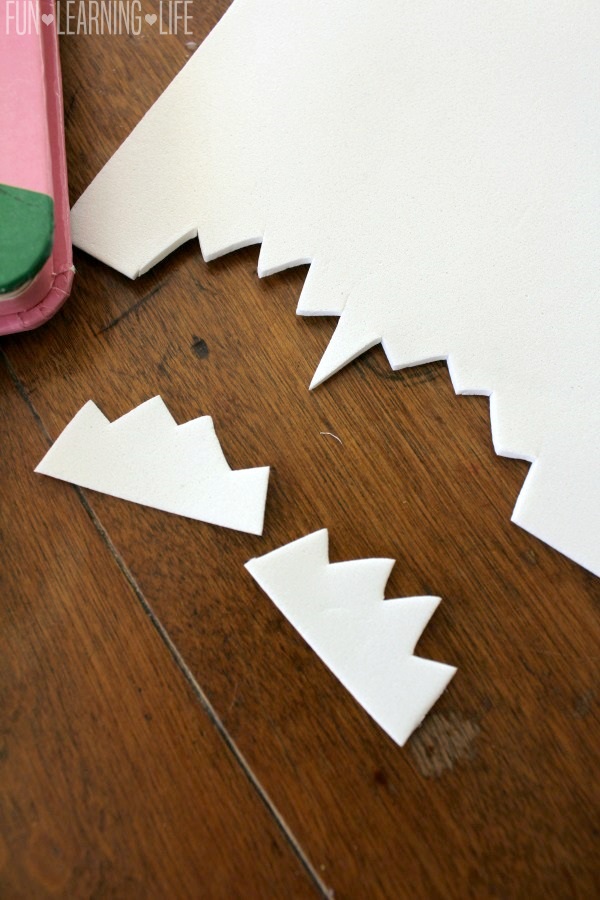 Then cut out a small amount of jagged white to go at the bottom of each ear, glue, and allow to dry. 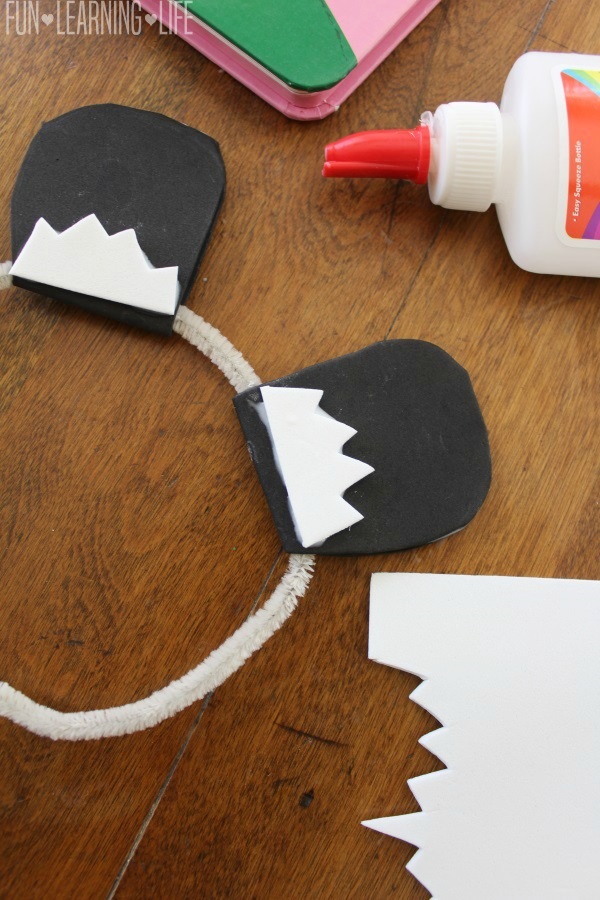 You then have a Panda Ears Craft that is ready to be be worn to the theatre to see BORN IN CHINA. 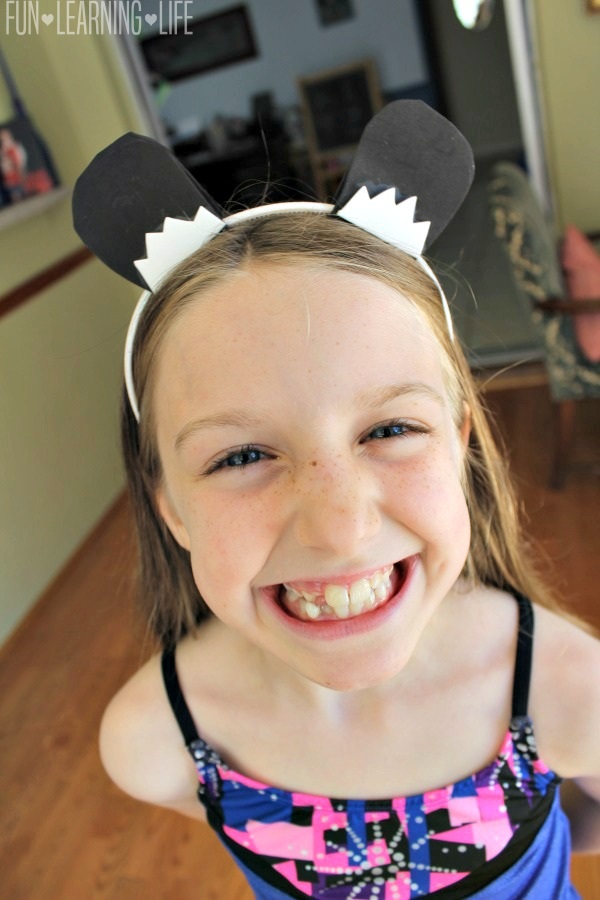 About BORN IN CHINA:

Narrated by John Krasinski (“13 Hours: The Secret Soldiers of Benghazi,” NBC’s “The Office,” “Amazon’s “Jack Ryan”), Disneynature’s new True Life Adventure film BORN IN CHINA takes an epic journey into the wilds of China where few people have ever ventured. Following the stories of three animal families, the film transports audiences to some of the most extreme environments on Earth to witness some of the most intimate moments ever captured in a nature film. 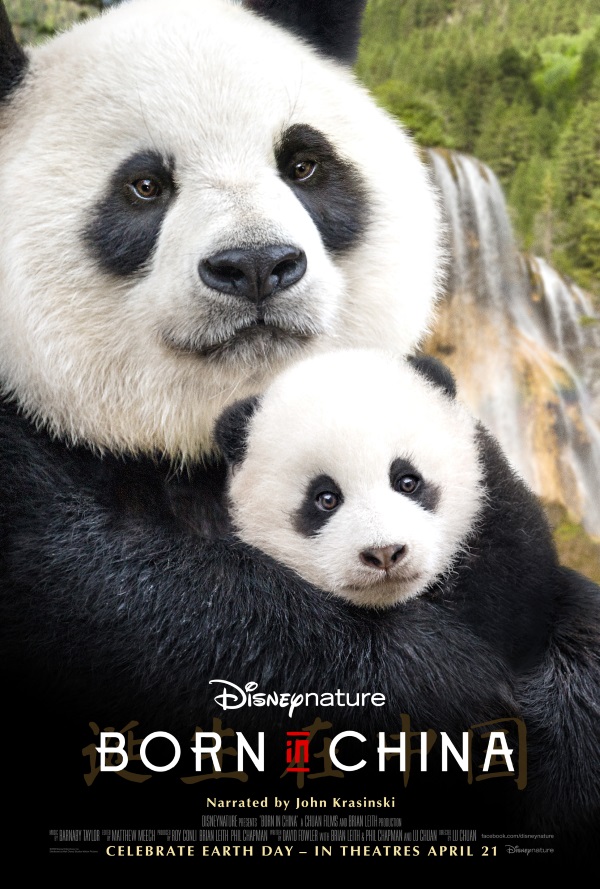 BORN IN CHINA is rated G and opens in U.S. theaters on Earth Day 2017. 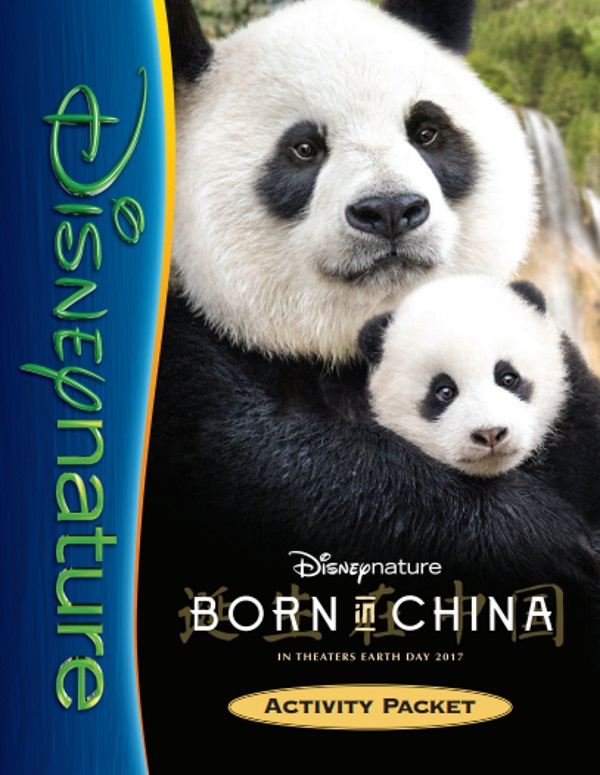 Be sure to also print these awesome packets for Teachers, Students, and Parents Alike!

I hope your family enjoys wearing their Panda Ears to watch BORN IN CHINA opening week! Look for it in theatres everywhere April 21, 2017, visit nature.disney.com/born-in-china for more details!