A special thank you goes out to Walt Disney Studios for providing press access and materials for this Q & A session with Jenna Elfman, co-star Stephen Schneider, and Executive Producers David Guarascio and Doug Robinson of Imaginary Mary as well as sponsoring my trip and accommodations to the Be Our Guest Event. Opinions expressed are that of my own.

Last week, audiences got a sneak peek at ABC’s newest comedy IMAGINARY MARY!  While in Los Angeles, I sat in on a Q & A session about the show with cast members Jenna Elfman and co-star Stephen Schneider, as well as Executive Producers David Guarascio and Doug Robinson. 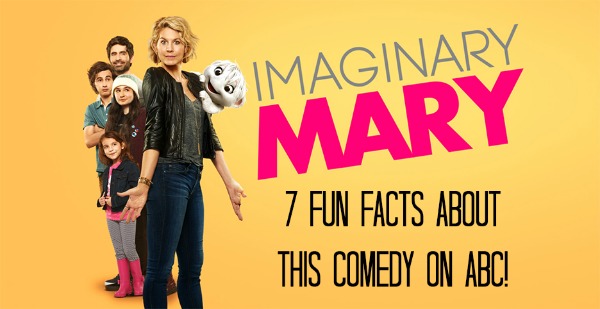 This series follows how a fiercely independent career woman named Alice, has her life is turned upside-down when she meets the love of her life – a divorced father with three kids. This triggers even more upheaval when the slightly unhinged imaginary friend she created as a child suddenly reappears to help her navigate the transition from single girl to a woman ready for a family.

After learning about the comedy and it’s background (as well as a little research), here are 7 Fun Facts about IMAGINARY MARY on ABC: 1. The Character Imaginary Mary is designed by Patrick Osborne.

Doug Robinson explained, “I had a meeting with an animator named Patrick Osborne who won the Academy Award for a short film called “Feast”… we were sitting down talking, and I said, ‘Do you have any ideas that you want do in television?’ and he said, ‘I’ve always wanted to do a show about somebody who has an imaginary friend’.” 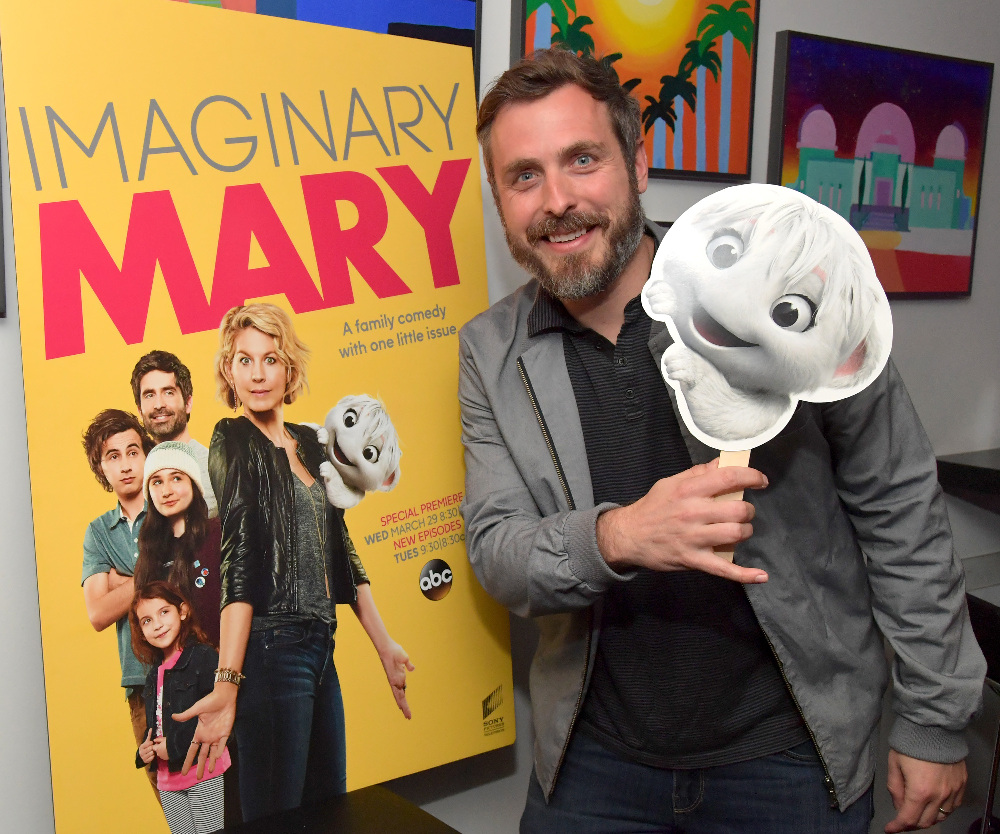 He also added, “…we felt like we could get away with Mary saying more of what she shouldn’t say if- the cuter she looked. He just wanted to make sure she had that appeal. We had a lot of different concepts and shot a pilot with one aspect, and kept tweaking it until we finally came to this look…” 2. Adam Goldberg is one of the show’s Producers.

Adam Goldberg as an executive producer and creator of the ABC hit comedy “The Goldbergs”, but his screenplay credits include “How to Train Your Dragon” and the upcoming movies “Flat Stanley,” “The Berenstain Bears” and “Atlantis 3D.” 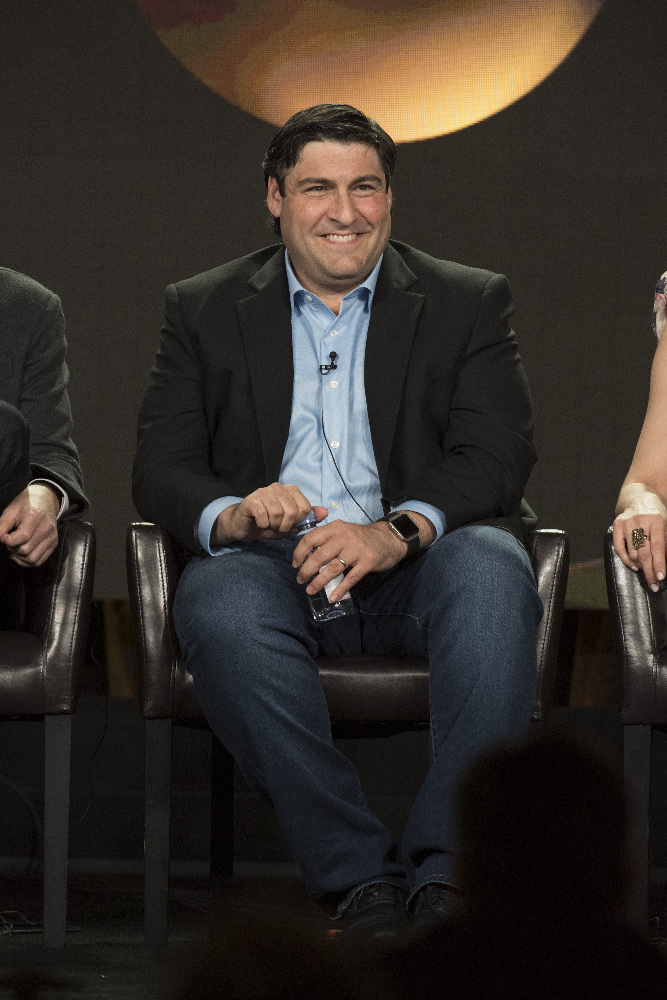 Doug gave as additional background, “I produced “The Goldbergs” with Adam Goldberg, and there’s no one in touch with his inner child more than Adam. I was like that’s the perfect guy, but Adam is busy running a show.  He said, ‘I know the exact story that we should do’ David was a writer on “The Goldbergs”, and we’ve both known him for a long time, and a lot of this mirrors David’s life, so we brought David in, and that’s where it all came together.”

3. The comedy is inspired by the real life of Executive Producer David Guarascio. 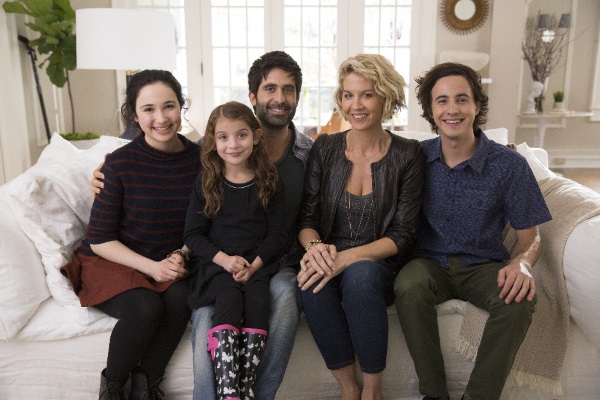 David shared, “… (he was) basically a divorced dad with kids; started dating someone just like Alice, a single career woman who really did not plan to have family in her life, and I was just too damned charming, and basically broke through all that… Adam and I had worked together previously, and I would just tell these stories about my wife, what she did with trying to slowly get integrated into life with my kids, and we just thought it’d be a great idea for a TV show…”

4. Stephen Schneider is new to fatherhood both on TV and in real life.

Stephen Schneider is known for his roles in “Broad City” on Comedy Central for the last two years, as well as FXX’s “You’re The Worst.” Now he is taking on Fatherhood in IMAGINARY MARY.

Stephen revealed, “I had just become a dad myself, and I’ve never played a father on TV…it was a very cool challenge to have, to be able to have the insanity of juggling three children.You guys know that kids are crazy and just one is a lot, but having to deal with three?  I thought it would be a fun experience…”

He also explained, “…I also like the ability to play a single dad on TV, a good guy that’s just trying to do the best for his kids and has custody…hopefully it brings some humor and reality to that.” 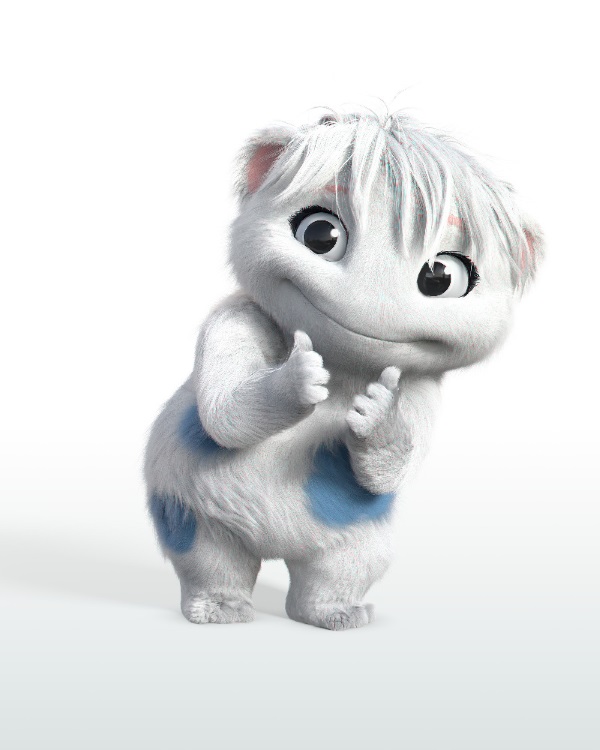 Rachel is an SNL Veteran, performing on the series for 7 years and one of her most notable roles is the character of Debbie Downer. In addition, she has appeared in shows like “30 Rock” and “Parks and Recreation” as well as in Adam Sandler films like “Click” and “I Now Pronounce You Chuck and Larry”. 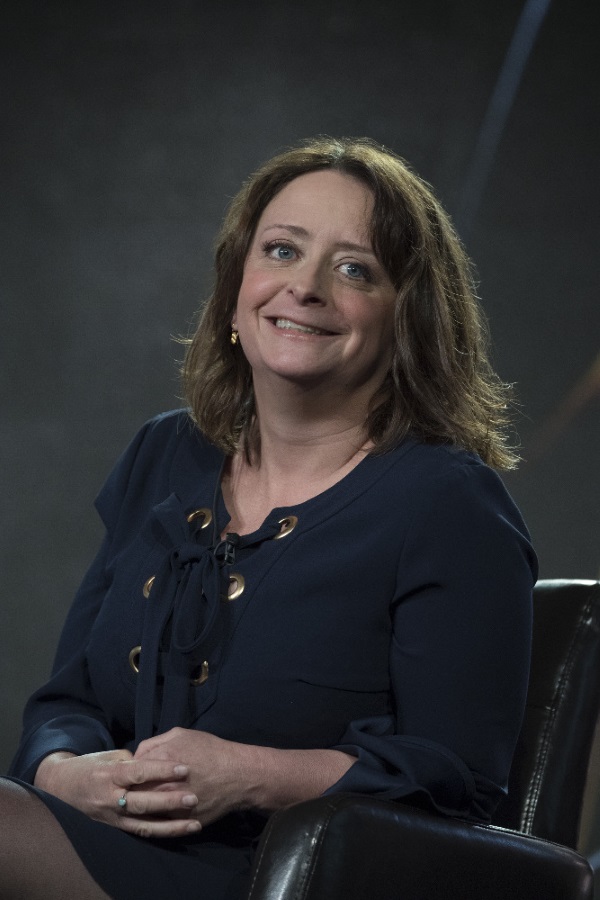 David explained, “…the hardest thing – believe it or not – was actually finding the voice of Mary.  It took a really long time, and we just read a lot of people and listened to a lot of people blind. When we listened to Rachel Dratch, we didn’t know it was Rachel.  We were listening and watching into the picture, and then that all came together…”

Of course we can’t forget Jenna Elfman for her role as Dharma in the hit television series “Dharma and Greg,” however she has been busy in film and guest appearing on popular shows like “The Mindy Project,” as well as “Two and a Half Men,” “My Name is Earl” and “Royal Pains.” Not to mention she is a working MOM. 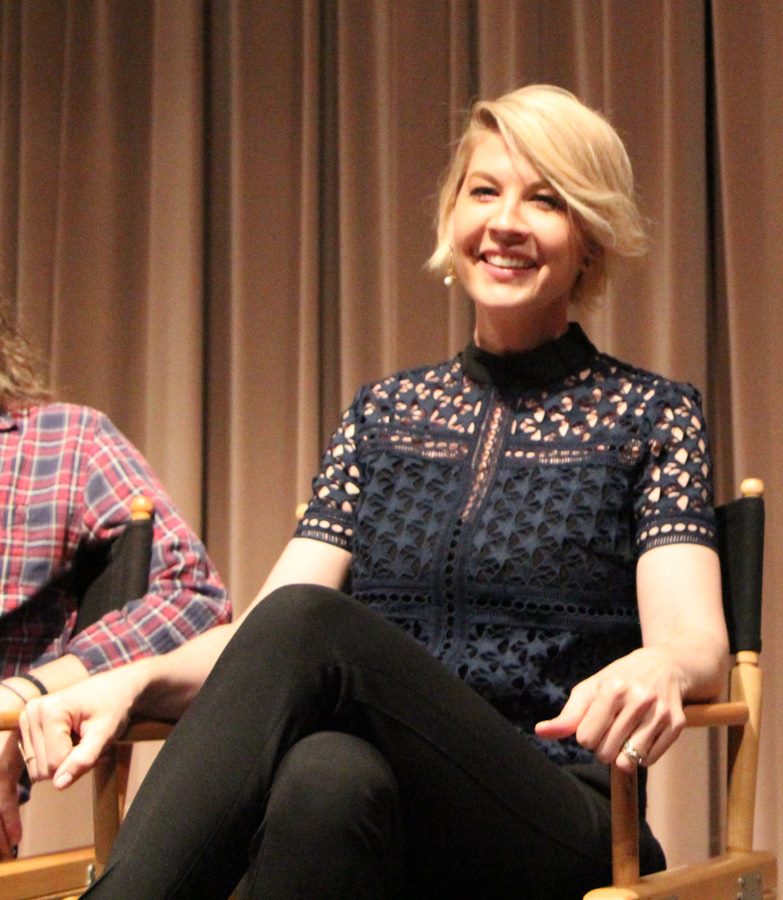 She continued, “I had a conversation with myself of ‘how am I gonna play someone who doesn’t know anything about this when I’ve been doing this for nine and a half years in real life’.  My character has this “me-ness” and she’s in a really high operating level of being an only one, and as a mother, you lose all that… (Alice) she’s got time, sleep, and money, and so much “me” time in her life. I just did that, and then the more selfish you’re being, (example) when the kids come in with all their problems, you just use that to hook into.”

7. Shawn Levy is the director of the Pilot Episode and an Imaginary Mary fill-in. 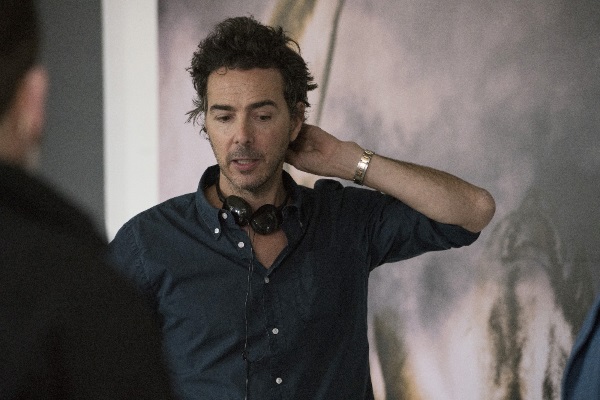 You know him from the “Night of the Museum” franchise as well as being the executive producer (as well as directing several of the episodes) of this year’s most talked about TV series, “Stranger Things,”. Plus he also produced this fall’s “Arrival,” starring Amy Adams and Jeremy Renner and is also an executive producer of IMAGINARY MARY. 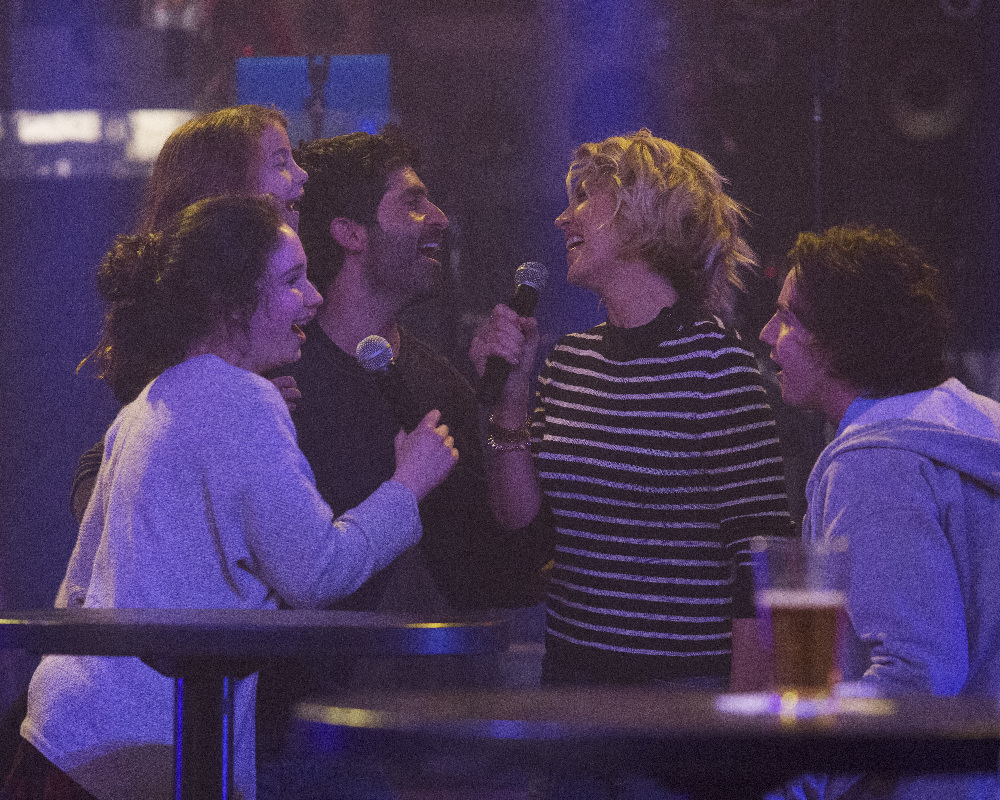 David also shared, “When we did the pilot we had no one read the part of Mary. Shawn Levy actually would jump on a table and act out Mary, or jump up on a bar stool and a lot of energy of Mary is baked into Shawn’s DNA. It was really great to see. He brought so much energy to the character…” 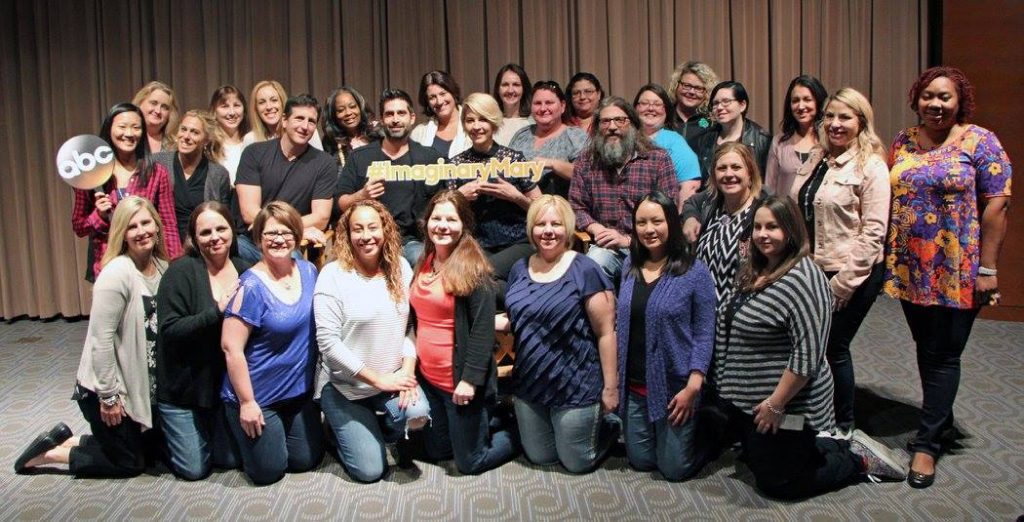 Look for IMAGINARY MARY on ABC Tuesday Nights, and be sure to check out “The Mom Seal” TONIGHT at 9:30/8:39c.

In the series premiere, Ben asks Alice to help him with her first mom-like task to pick up Bunny from dance class, Mary quickly discovers the simplest parental tasks are fraught with difficulty. Afterwards, Ben is disappointed when Alice tells him she can’t help with the kids anymore, but things change when Andy enlists Alice’s help to overcome his fear of taking a driving test.