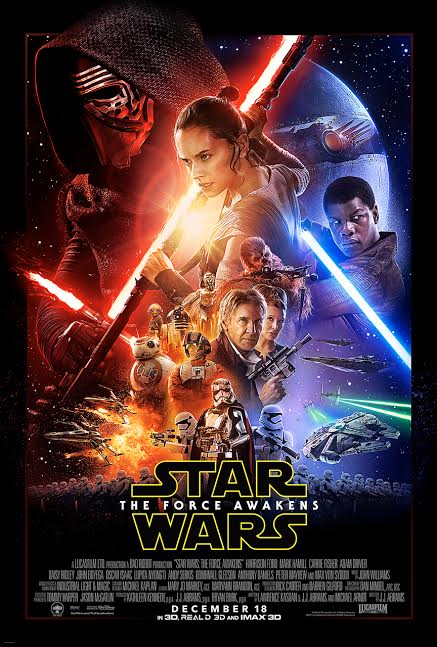 Not only are my hubby and oldest son huge fans of football, but they also love STAR WARS! So what a great way to celebrate by making Lightsaber Cupcakes!

It was announced today that a trailer for Star Wars: The Force Awakens will debut on ESPN’s “Monday Night Football” on Monday, October 19, during halftime of the National Football League (NFL) game between the New York Giants and the Philadelphia Eagles in Philadelphia. In addition, to commence the countdown for the trailer launch, today Lucasfilm released the Star Wars: The Force Awakens poster worldwide. 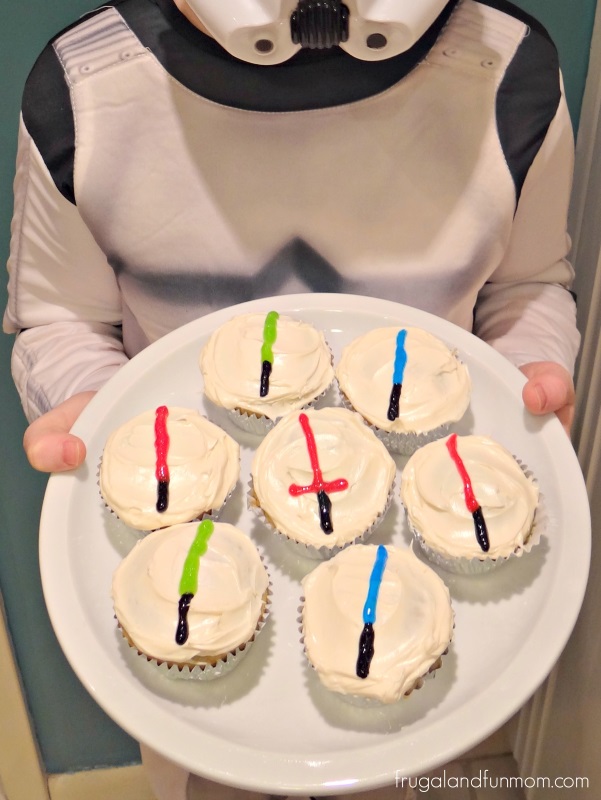 I had been planning to make my kiddos more STAR WARS inspired cupcakes and today was definitely the right time!

These Lightsaber Cupcakes were simple to put together, I just used a box mix and then iced them with Cream Cheese frosting. To make the actual Lightsabers, I used black sparkle gel icing for the handles and Red, Green, and Blue Sparkle Icing for the light portion. I am no decorating expert either but my son appreciated my efforts, be sure to check out my Star Wars Inspired Galaxy Cupcakes. 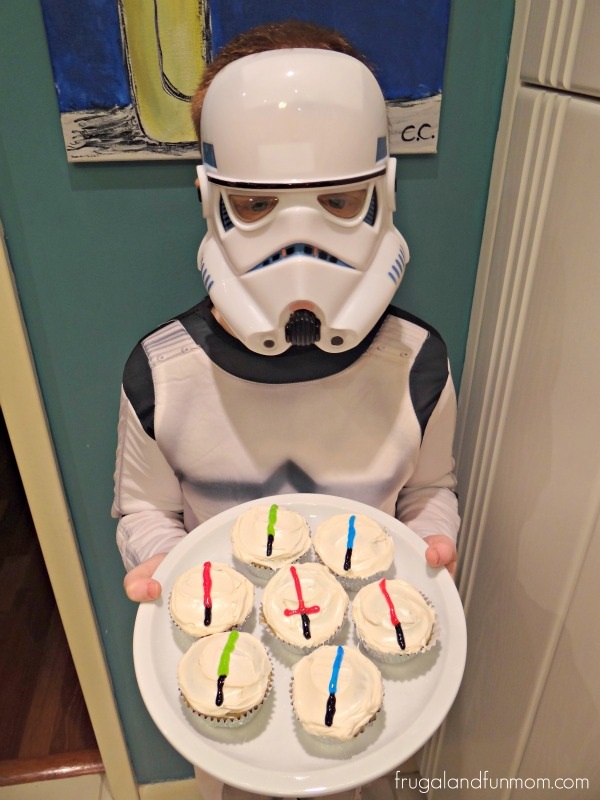 Lucasfilm and visionary director J.J. Abrams join forces to take you back again to a galaxy far, far away as Star Wars returns to the big screen with Star Wars: The Force Awakens.

Update: The new Trailer has been added below!

We all are super excited that following the trailer launch, tickets to the film will be on sale everywhere movie tickets are sold. To learn more about this awesome debut be sure to follow the hashtag #TheForceAwakens on social media.

Photos and Information for the film were provided through Walt Disney Studios Press Materials.