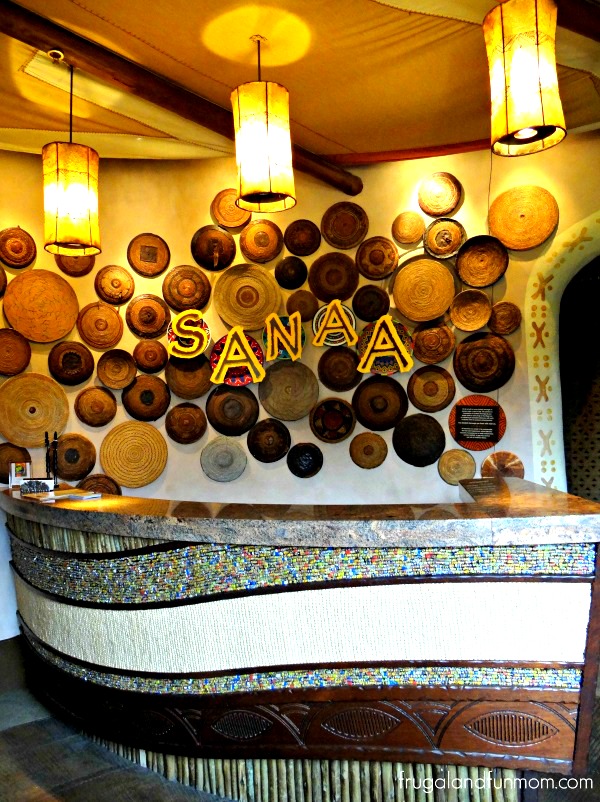 Located in the Kidani Village, this culinary destination is surrounded by a savanna easily seen by patrons via the adjacent windows. 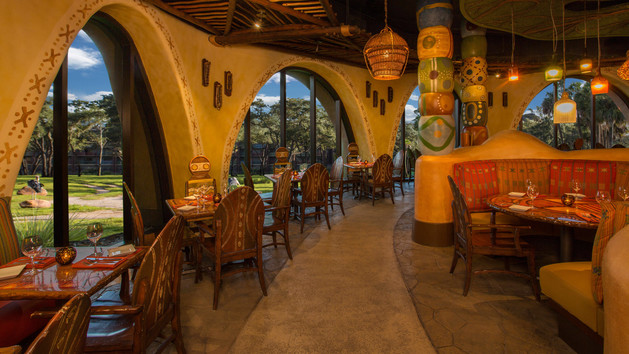 I got to try the flavors available this restaurant by way of a 4 course meal. This feast is actually based on the offerings that are available during the Dine With Animal Specialists – An Untamed Lunch at SANAA. 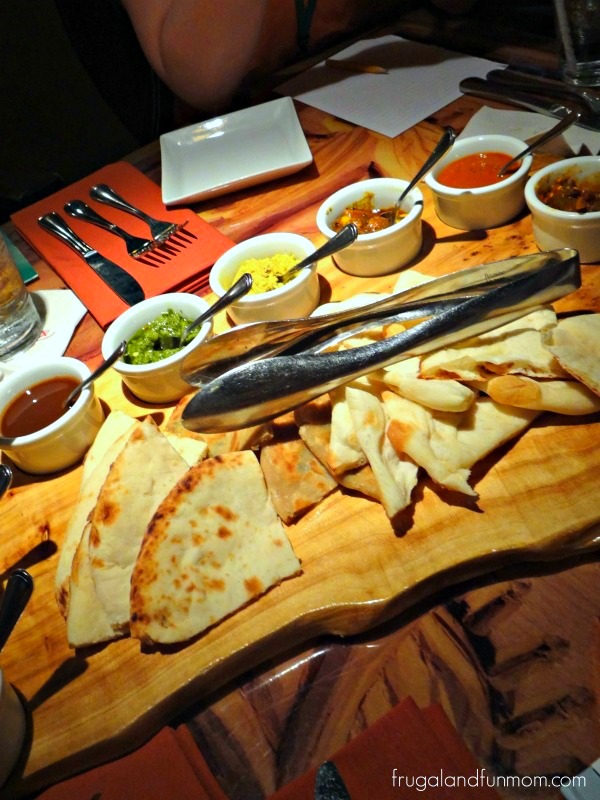 To begin our meal, we started off with an Indian Style Bread Service. This included 3 varieties of bread – Naan, Paneer, and Onion Kucha.

There were also multiple dipping sauces and first one I tried was a Cucumber Raita, which actually reminded me of a tzatziki sauce. There was also red pepper hummus, mango salsa, a coconut chutney, as well as many other sauces. FYI, they actually make their Naan fresh at onsite Tandoor Ovens. 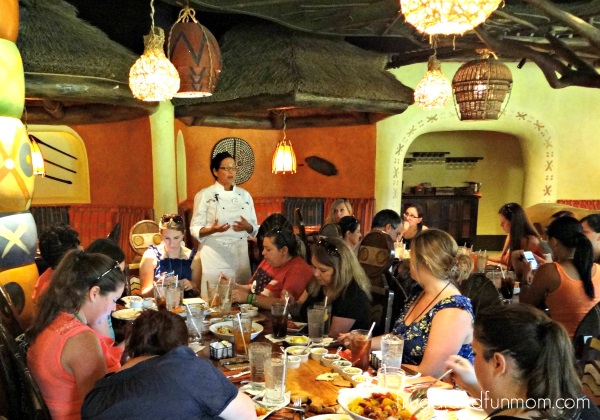 Then it was time for the second course featuring 3 different salads. There was Chickpeas with Cucumber and Tomato; a Watermelon, Cucumber and Fennel; and a Kachumbari (Tomatoes, Onions, Peppers). Each of these were beautiful dishes with diverse flavors and vibrant colors.

While dining our chef actually came out to explain to us what we were trying as well as the countries of origin.  I have to admit I was intrigued by a dessert she mentioned called Kulfi, it is Indian and similar to ice cream. 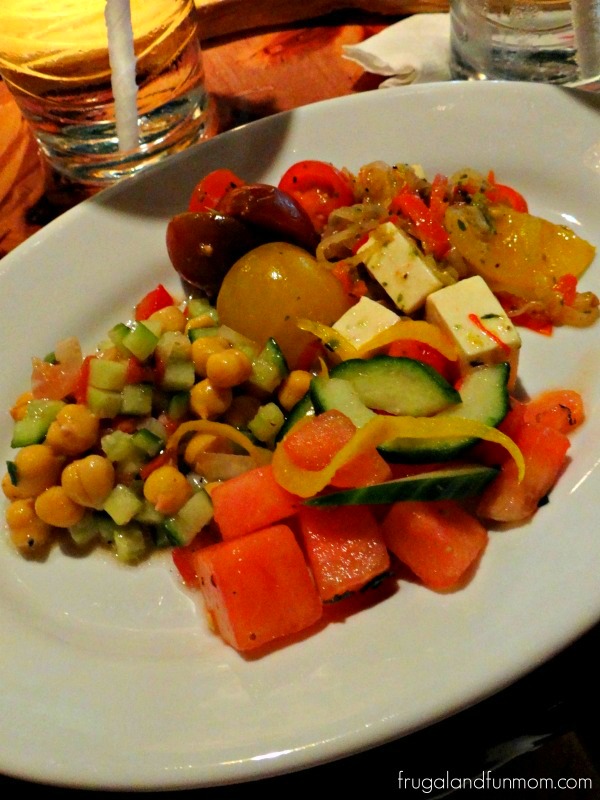 After we sampled the salads, it was time for the main course. We would be eating a Butter Chicken and Goan Seafood Curry with Basmati Rice.

Out of the 2 the Butter Chicken was my favorite, however I enjoyed dipping the rice in both of the gravies. It was a delicious way to eat. 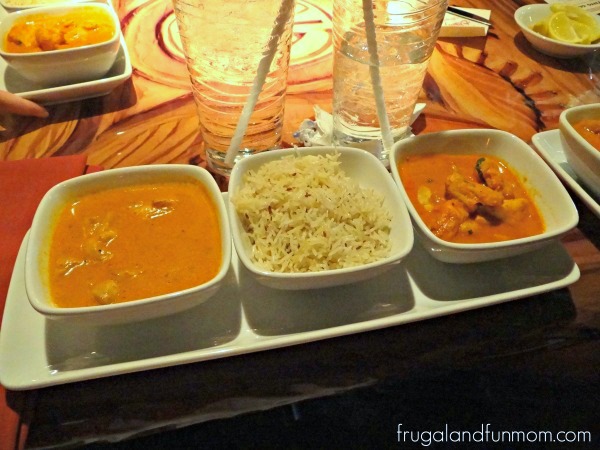 For the finale, we had a dessert trio. I finally got my chance to try the Kulfi as well as a Tanzanian Chocolate Mousse and Banana Cheesecake.

They were beautifully arranged on a platter with an edible blue butterfly atop the Chocolate Mousse. All 3 sweets were pretty and tasty. 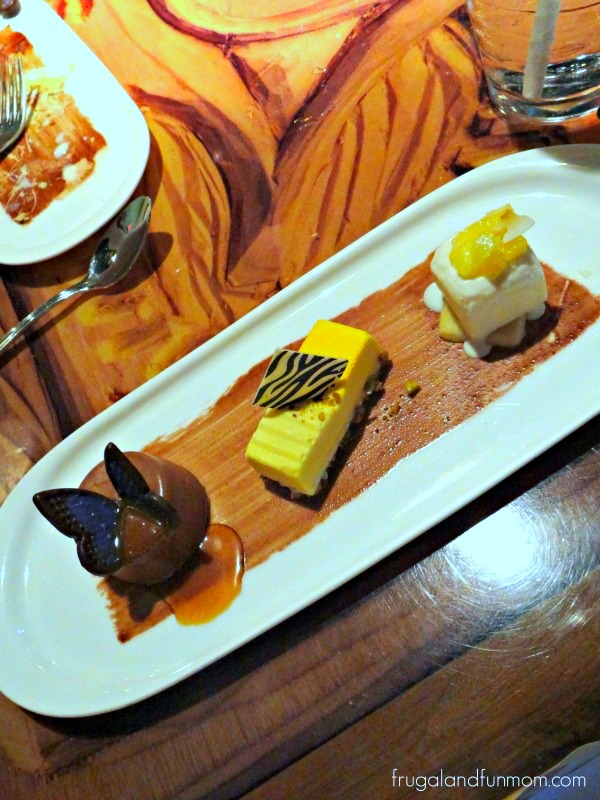 Of course the best treat is being able to see wild animals walking around the Animal Kingdom Lodge property. Between gazelles, zebras, giraffes, kudu, ostriches and cranes, that in itself is worth a visit to the restaurant. 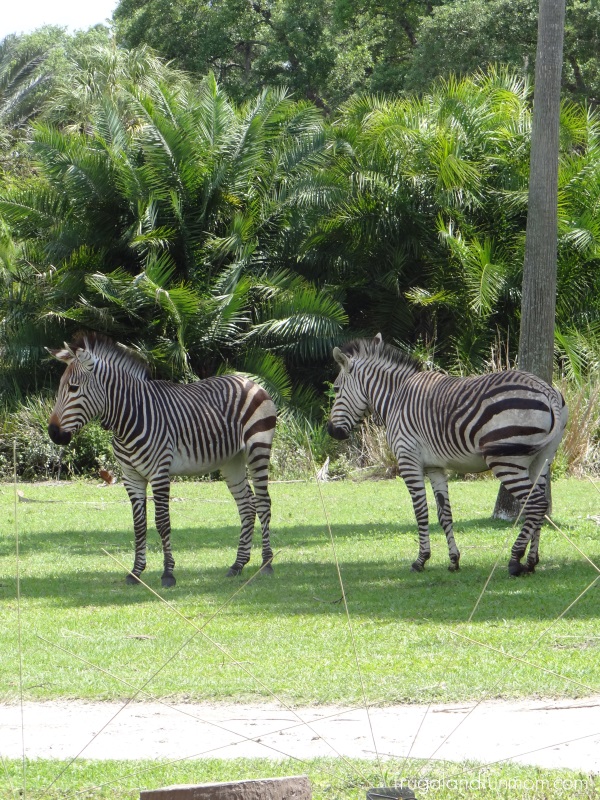