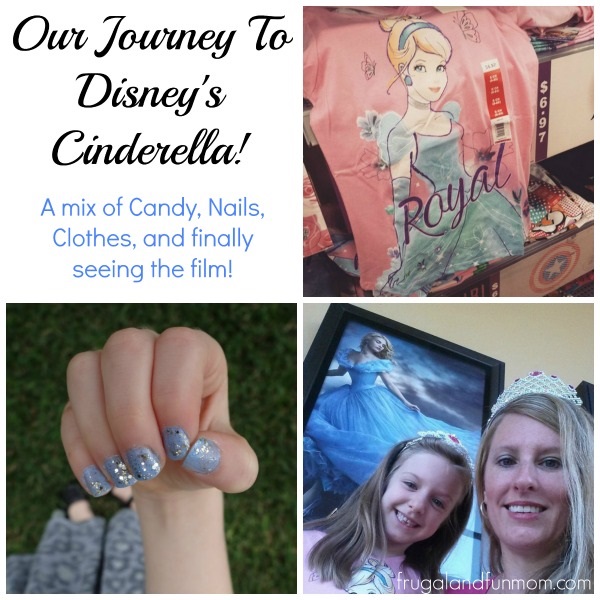 Ever since we found out about the live action Disney Cinderella hitting theaters, there has been a bit of excitement in my home.

Between the commercials on the Disney Channel, the preview New Year’s on ABC, and the activities my daughter and I have completed together, the anticipation has definitely been building. What can I say, we both love Disney Princesses! 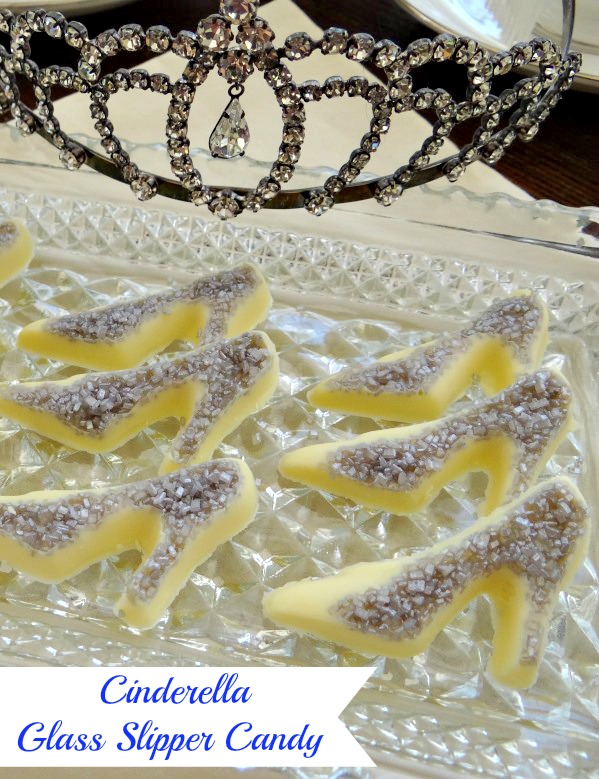 Back in June we created Cinderella Glass Slipper White Chocolate Candy and recently painted our nails with Easy Nail Art Inspired By Cinderella.

To add to the excitement, this week I gave my daughter a set of tiaras, I picked both of us up a Disney Princess shirt, and purchased our movie tickets in advance. 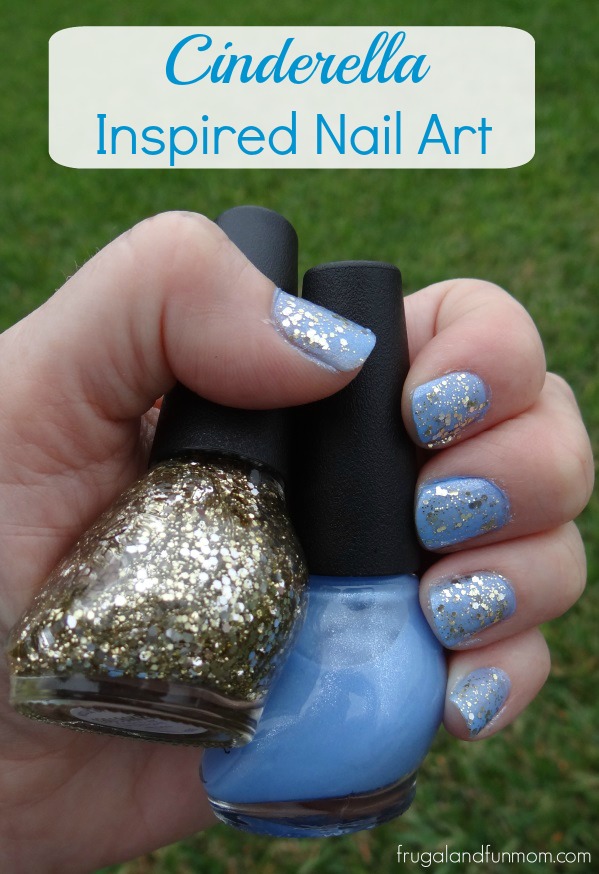 Well the day finally arrived and with nails painted, princess shirts on, and tiaras atop our heads, we drove over to the theater to watch the film. I promised my 6-year-old daughter popcorn and a drink, so after visiting the concessions we headed into the movie.

Hanging out in reclining seats, we then sat back and began to enjoy the show. 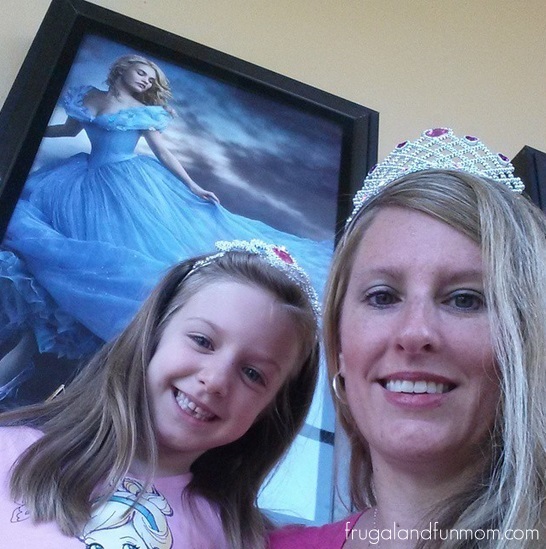 Beginning with the short “Frozen Fever”, smiles immediately went over both our faces as the sisterly love and song rang out between Elsa and Anna.

I don’t want to give it all away, but there is a birthday celebration, numerous small characters introduced, and Kristoff makes a brave proclamation. 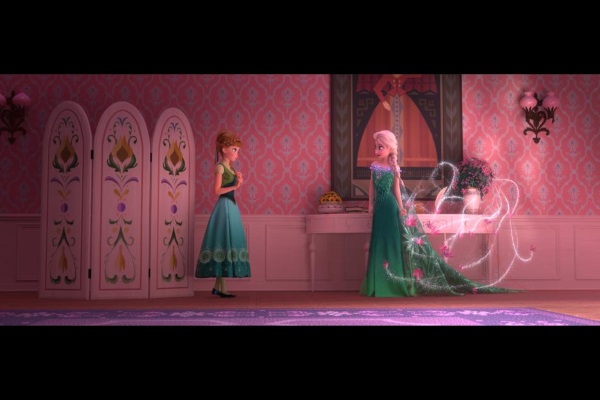 Then Cinderella began, and FYI I won’t bother giving you the details behind the story since it is very similar to the original animated film.

However this production directed by Kenneth Branagh, differentiates from the original through the expression of the characters, the emotions felt by real people, the elaborate costumes, and the gorgeous backdrop. Hint: there is plenty of blue. 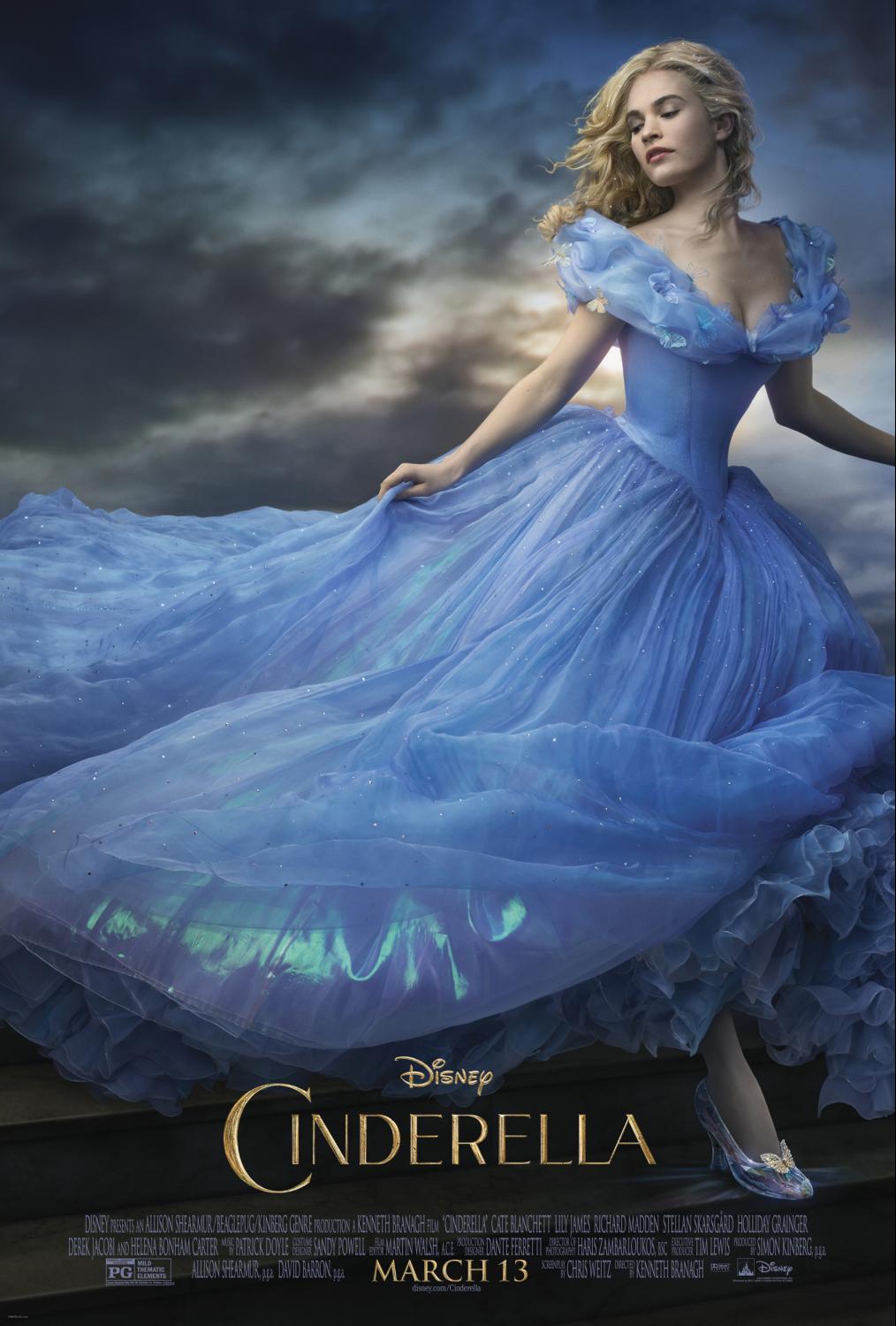 I asked my daughter what she thought of the film and she said she loved “EVERYTHING”.  In reality though, I could see her reaction during the sad scenes (the parents dying and the step family being cruel to Cinderella) and could tell that it stirred an emotion, just as it did in me. However this is what makes us appreciate the happy parts of the film, and afterward we had a conversation about death and tough times.

This then lead to a discussion about how we react in those type situations, and how it is important to remain positive and to “Have Courage and be Kind to others”. 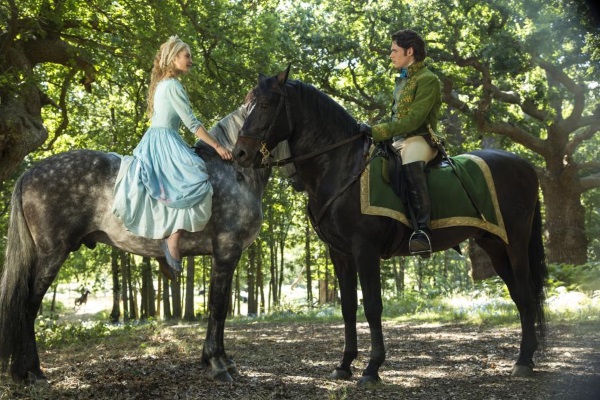 About the Disney Cinderella Characters and Cast:

There was not a bad act in the movie, and the characters in my opinion were absolutely believable. I saw familiar faces and others were newer me. 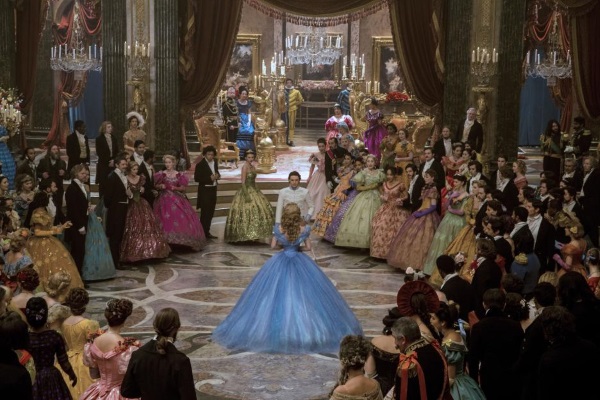 Of course the standouts were Young Ella/ Cinderella (Lily James). She played the innocent and sweet role well, but also played a woman who was strong in her convictions and love of family. 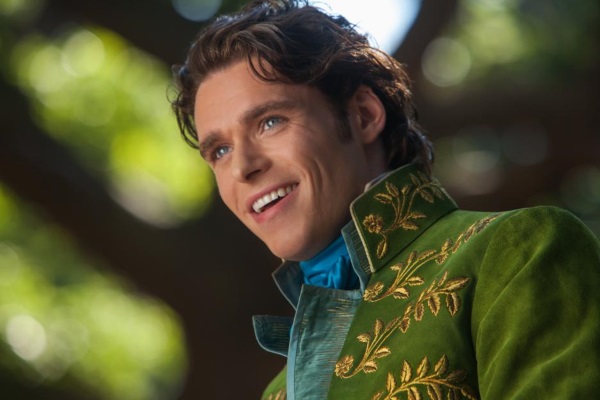 The Prince (Richard Madden) interests and quest to find his love were also convincing, and his affection for his father is heartwarming. He has a good heart and OH THOSE BLUE EYES! 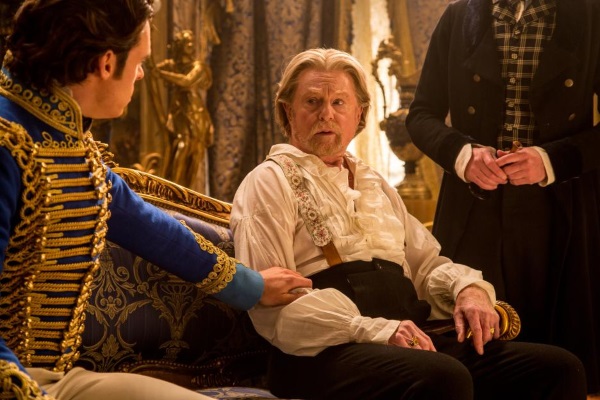 The Stepmother (Cate Blanchett) and her daughters Anastasia (Holliday Grainger) and Drisella (Sophie McShera) obviously had a few personality flaws, and played that up in their spoiled behavior and rudeness to Cinderella. 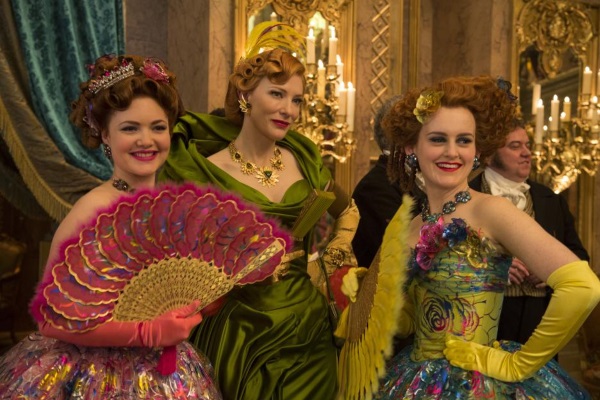 The Fairy Godmother (Helena Bonham-Carter) was truly magical. Transforming from an old women to a beautiful Sprite, she had a wonderful candor with Cinderella and truly made her dreams come true.

I wouldn’t mind having that fairy as a best friend. 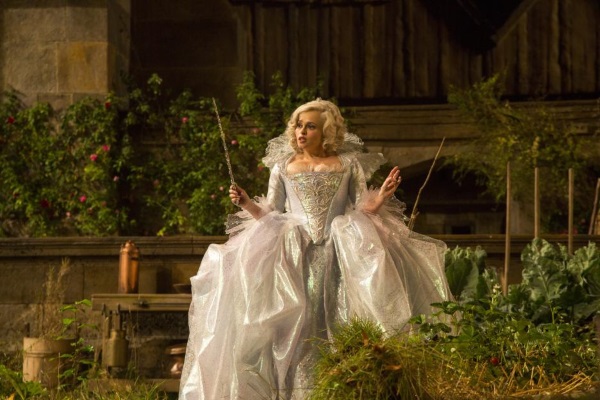 In true form of Fairy Tales there are lessons to be learned in this film, and with love and a little bippity boppity boo you can be ready for the Ball and find your happy ending. Final thought, it is a must see for the entire family and we truly enjoyed it.

Cinderella is rated PG and in Theaters now! For the official website and movie details visit Disney’s Cinderella.

Photos and Information for the film were provided through Walt Disney Studios Press Materials.