“This posting was sponsored by Smithfield® and I was compensated to write it. Regardless, what I have written is my own opinion, and experience and I hope you find it of use.”

Certain days of the school week are busier than others, and it is tempting to order take-out.  However, if you are like me and trying to save money, you are looking for an easy solution to a week night dinner.  This quest actually lead me to create an EASY Asian Inspired Pork and Vegetables With A Peanut Sauce Recipe.

To get started preparing my meal, I first needed to cook a Smithfield® Garlic and Herb Pork Loin Filet. I had picked one up the evening before at Walmart, and was I super excited because I also had a .75 off Coupon to go with it. You can also print the coupon and save for a limited time, .75 off Coupon for Smithfield® Marinated Meat Product. 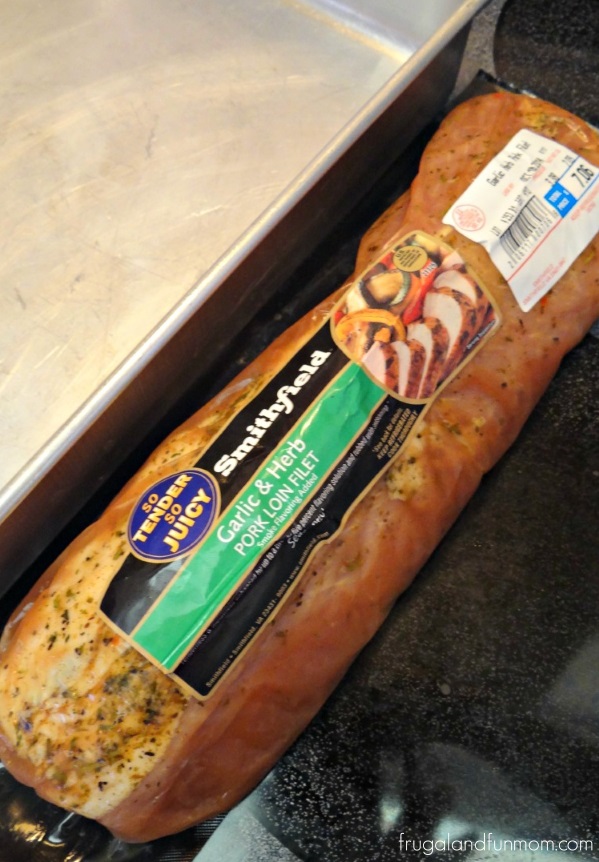 Around lunchtime, I cooked the 2 Pound Pork Loin in the oven at 425 degrees for 40 minutes. My house smelled amazing.

When the timer went off, I confirmed it was done by verifying with a thermometer that it reached 145 degrees Fahrenheit. 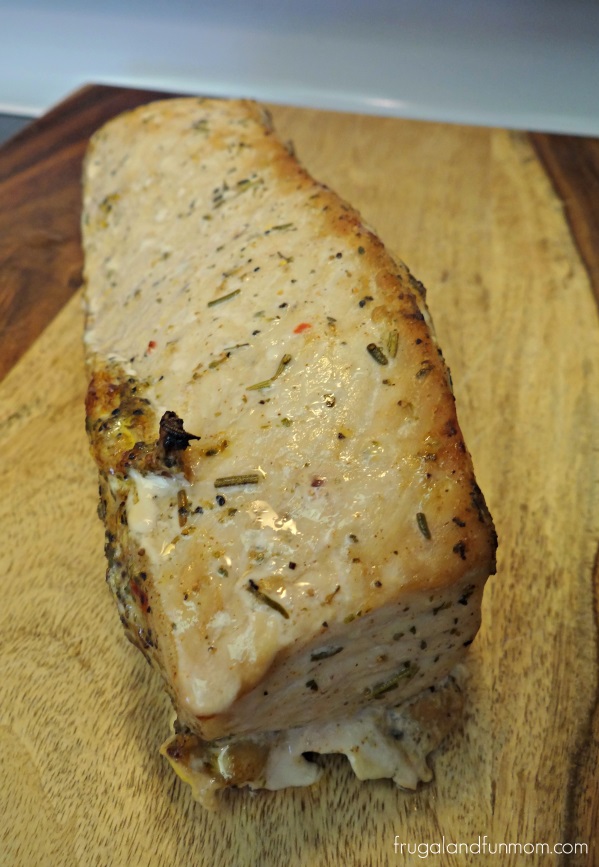 After it rested for a few minutes, I moved to a plate and stuck it in the fridge for later. FYI, this could be done the night before.

That evening when I got home, I finished putting together my recipe.

Pork and Vegetables With A Peanut Sauce  Serves 4-6 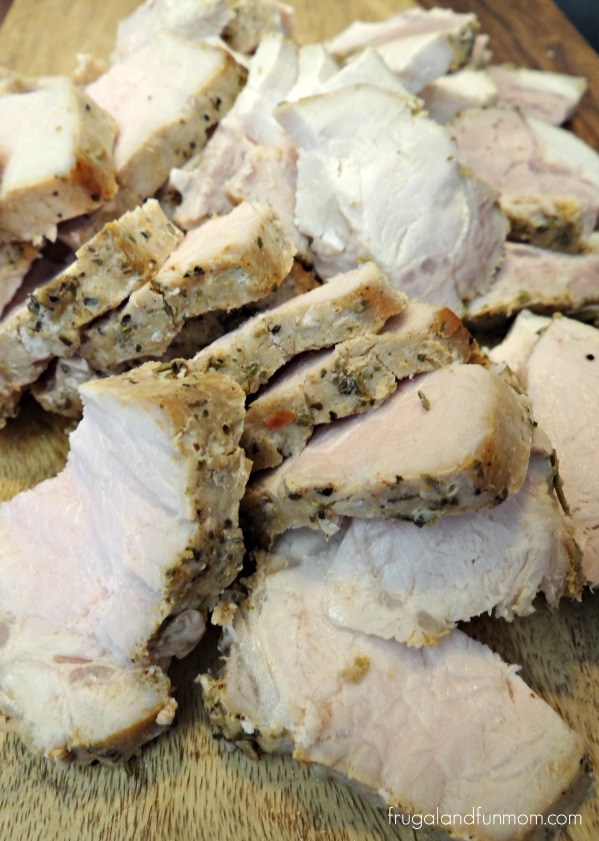 I first put my rice on to cook and then chopped up the pork.

FYI, I cut the pork down the middle, trimmed off any visible fat, and thinly sliced the 2 halves to give me smaller strips. 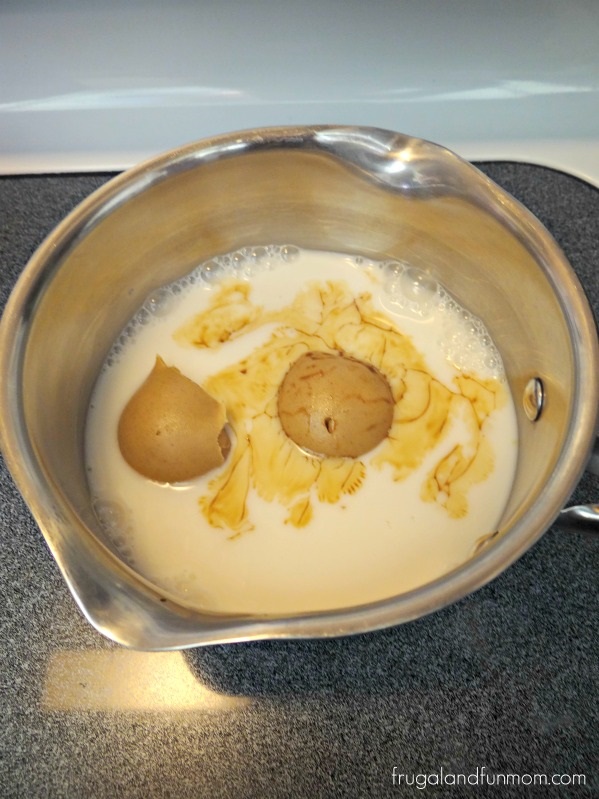 Then, I combined the ingredients for the Peanut Sauce in a pan and cooked it on Medium/Low until combined, stirring occasionally.

Once combined, I moved the temperature to Low continuing to stir occasionally. 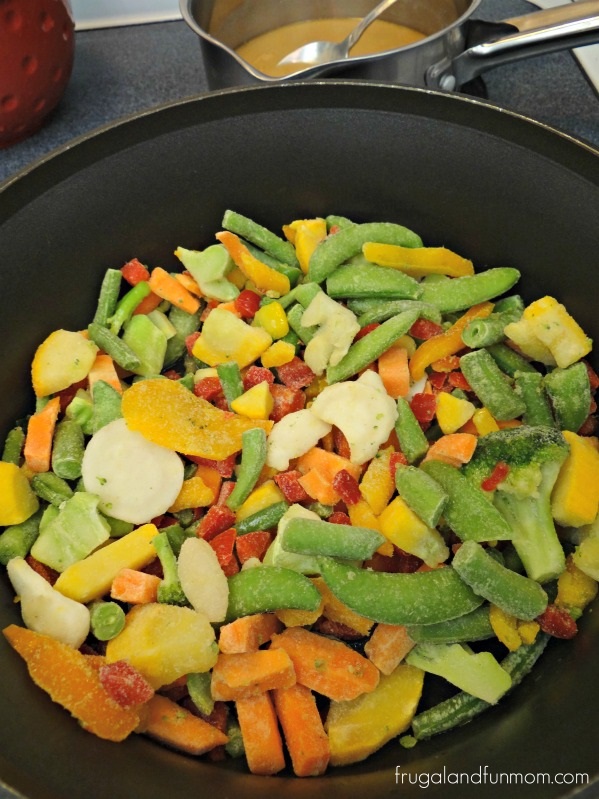 Next, I put a Tablespoon of Olive Oil in a pan on Medium and added the frozen stir fry vegetables to it.

I covered the pan and let it cook for 10 minutes stirring occasionally. 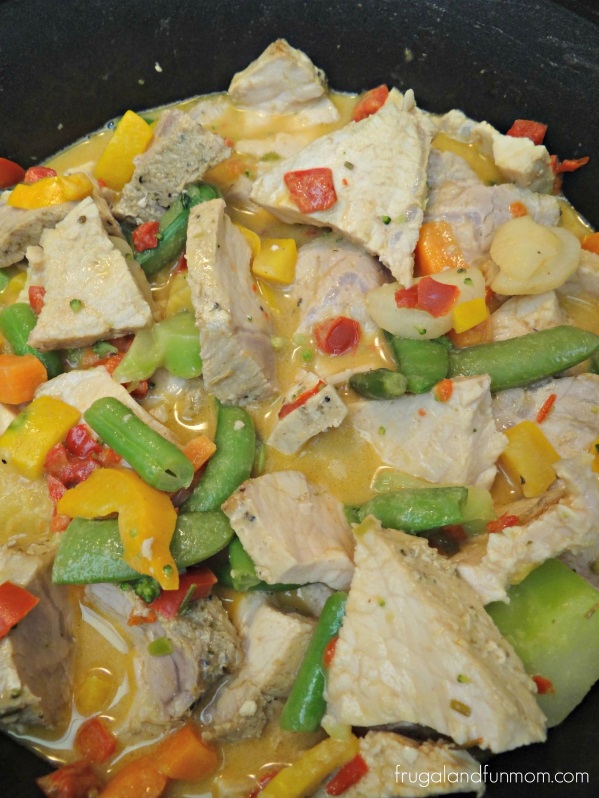 Once the veggies were ready, I added the pork and poured the Peanut Sauce over this.

I combined everything and covered again. I then moved the temperature to Medium/Low for 10 minutes stirring occasionally.

Do you create your own Asian Inspired Meal With Pork? What ingredients do you use? 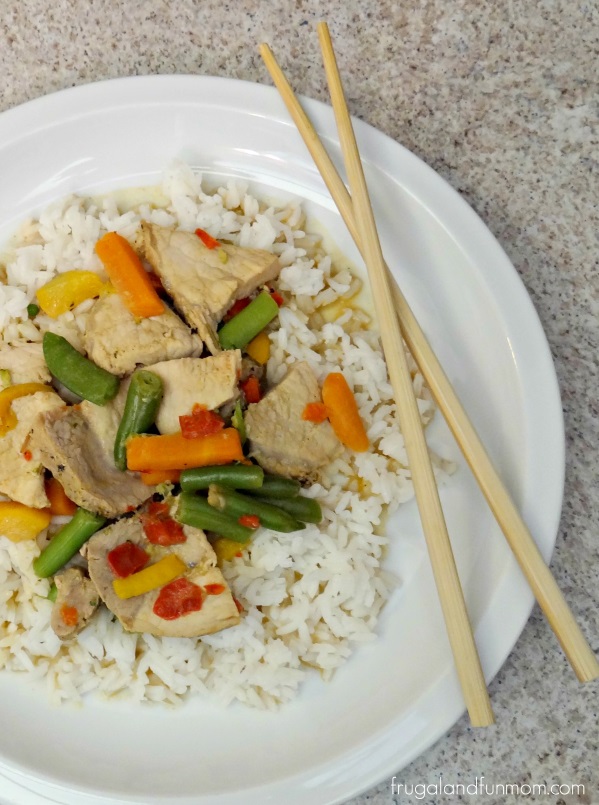 When it was ready, I served the Pork and Vegetables With A Peanut Sauce over White Rice.  I even gave the kiddos and hubby some chop sticks to eat it with. (Attempted to eat was more like it, so they also got a fork.)

Be sure to visit Smithfield® on Facebook as well at facebook.com/CookingwithSmithfield for additional product recommendations and recipes.

If you try this recipe out, let me know what you think! My kids kept asking for more PORK, so you know it was a hit!