With the awesome Disney Movies based on Animals coming out this year, I was inspired to create this Animal Cracker Parfait Recipe! 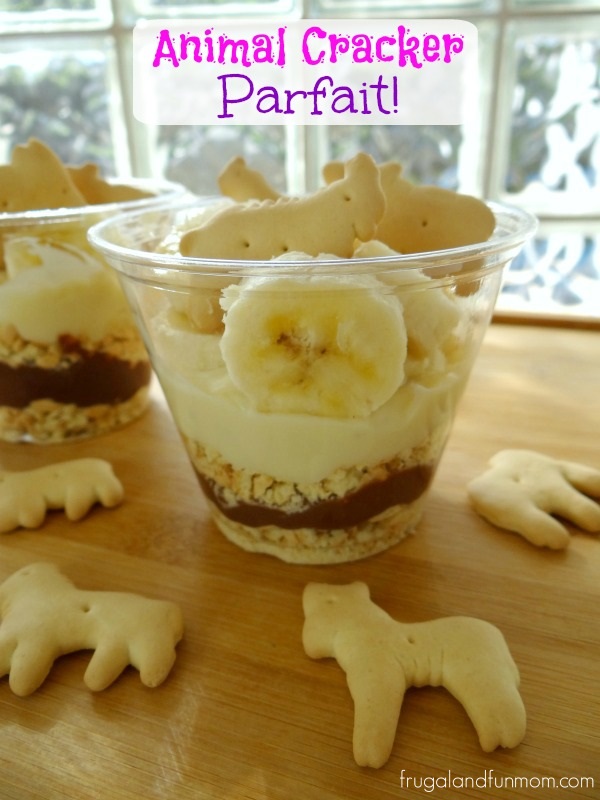 First up is the animated film Zootopia out on March 4, 2016, and then it is onto the live action film Jungle Book. I am excited for both and can’t wait to take my kiddos to see them. (Of course Mom and Dad are ready to watch as well.)

In fact because of this enthusiasm, I already made an easy Animal Chow Trail Mix Recipe.

Now I just so happen to have Pudding packages that I use for the kiddos lunches, so I utilized these to create the Animal Cracker Parfaits in sets of 2. I also had leftover 9 oz large opening clear plastic cups from a Kid Friendly Dip Recipe I made for a game day, so these worked out great to serve the dessert in.

Keep in mind if you are assembling these for a Birthday Party or Play date, it might be easier to make batches of refrigerated Vanilla and Chocolate Pudding. 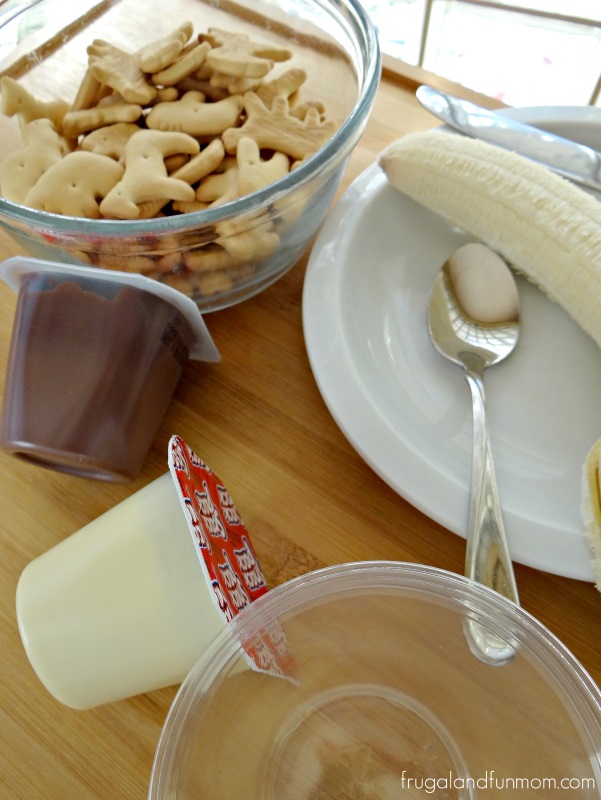 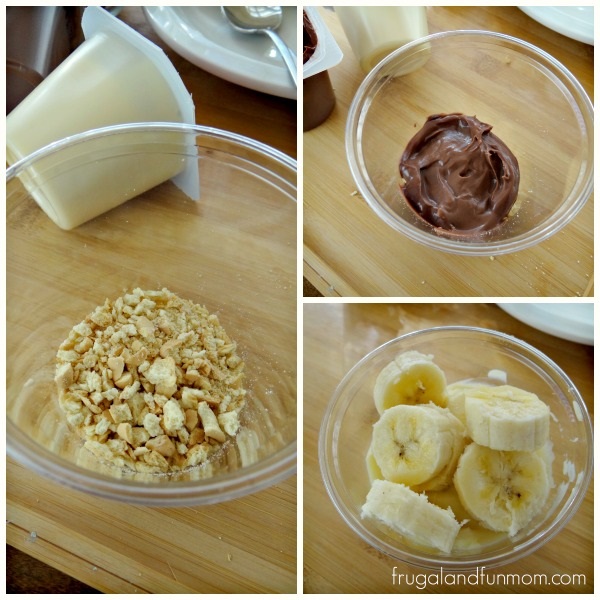 First crush 5 Animal Crackers.  I found it easy to do this in a Nut Chopper and this will be the first layer of the parfait.

Then take half of the Chocolate Pudding, and scoop it on top of the Animal Cracker Crumbs.

Next crush another 5 Animal Crackers, and sprinkle on top of the Chocolate Pudding.

Then add another layer, but this time half of the Vanilla Pudding. 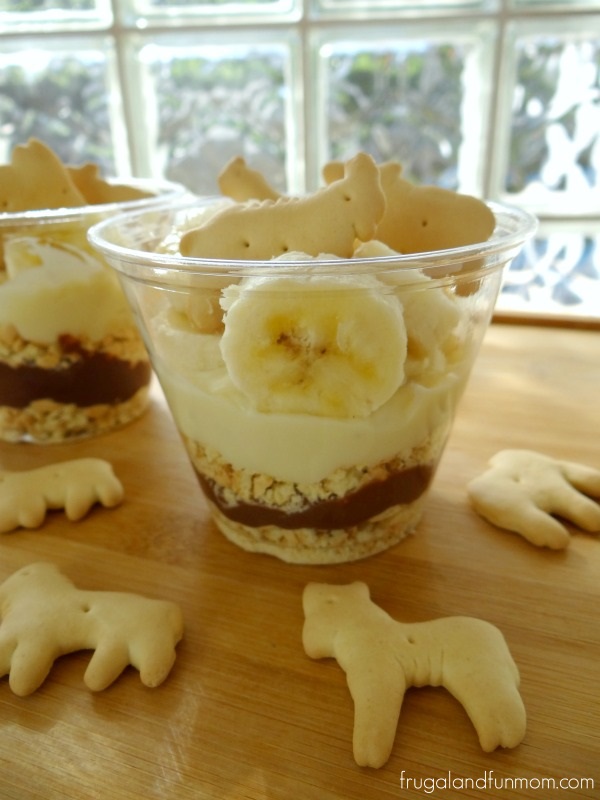 To finish, top with half a sliced banana and arrange 3 Animal Crackers on top. Repeat these same steps with the next parfait. They are then ready to eat and definitely popular with my kids!

Directed by Jon Favreau (“Iron Man”), based on Rudyard Kipling’s timeless stories and inspired by Disney’s classic animated film “The Jungle Book”, this all-new live-action epic adventure about Mowgli (newcomer Neel Sethi), a man-cub who’s been raised by a family of wolves. But Mowgli finds he is no longer welcome in the jungle when fearsome tiger Shere Khan (voice of Idris Elba), who bears the scars of Man, promises to eliminate what he sees as a threat. Urged to abandon the only home he’s ever known, Mowgli embarks on a captivating journey of self-discovery, guided by panther-turned-stern mentor Bagheera (voice of Ben Kingsley), and the free-spirited bear Baloo (voice of Bill Murray). 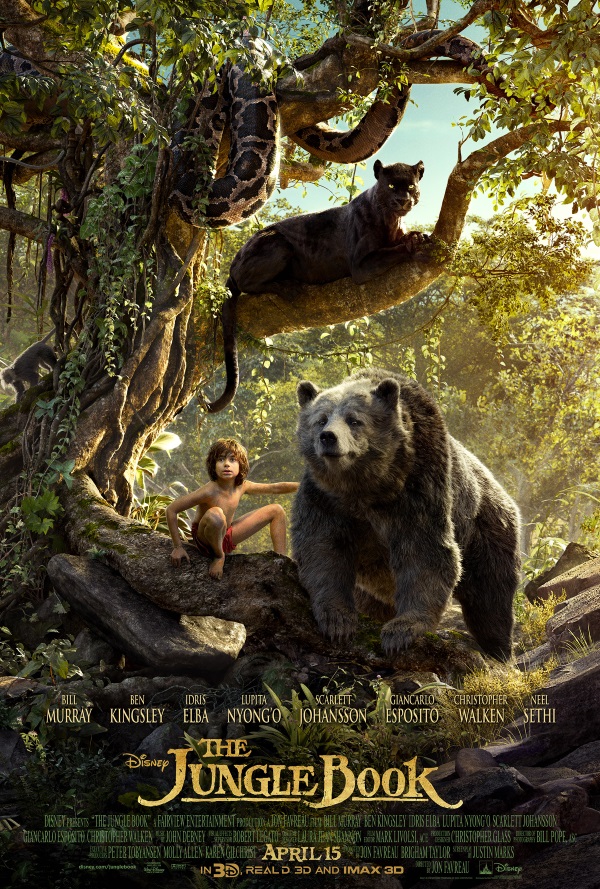 Along the way, Mowgli encounters jungle creatures who don’t exactly have his best interests at heart, including Kaa (voice of Scarlett Johansson), a python whose seductive voice and gaze hypnotizes the man-cub, and the smooth-talking King Louie (voice of Christopher Walken), who tries to coerce Mowgli into giving up the secret to the elusive and deadly red flower: fire. The all-star cast also includes Lupita Nyong’o as the voice of the fiercely protective mother wolf Raksha, and Giancarlo Esposito as the voice of wolf pack’s alpha male Akela.

I hope your family enjoys these upcoming Disney Films and this YUMMY recipe! If you like this be sure to also check out this fun Jungle Book Craft. 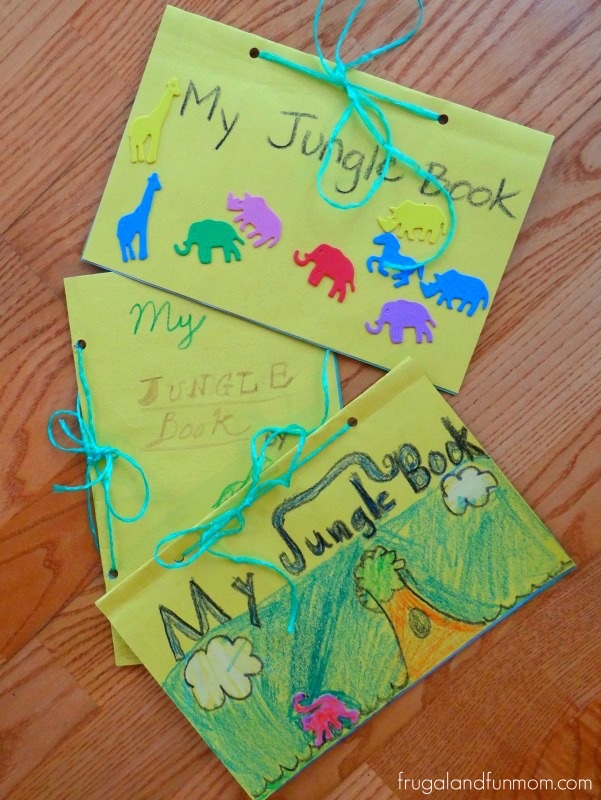 A special thank you goes out the Walt Disney Studios for providing this information and materials about The Jungle Book.