I was provided a complimentary 2013 Hess Truck and Tractor to facilitate the post. Product details were provided, opinions expressed are that of my own. 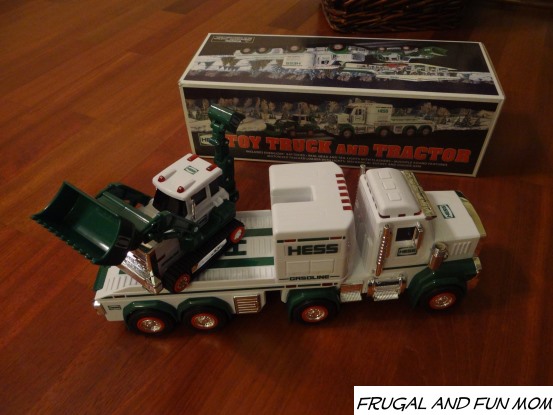 When my son sees the 2013 Hess Toy Truck and Tractor Christmas morning, he is going to be so excited!

The 2013 Hess Toy Truck is officially available now for pre-order, and goes on sale November 8 for $27.99 at participating Hess and Hess Express retail stores and at hesstoytruck.com.

Not only will my son be getting a NEW Hess Truck, but he will also be receiving an AWESOME Tractor with movable parts. I’m sure he will be jealous to know I got to play with this before him,  I had to sneak it out in the middle of the night. 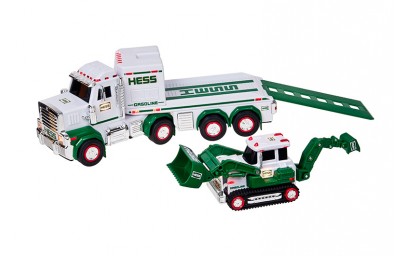 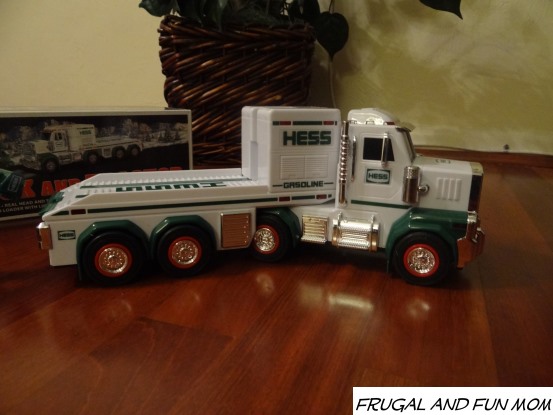 The self-propelled tractor has 15 working lights, both front and rear buckets, and a fully motorized rubber track.  It also has a motorized forward and reverse motion, a locking front bucket with release button, and a 360° swiveling back bucket. 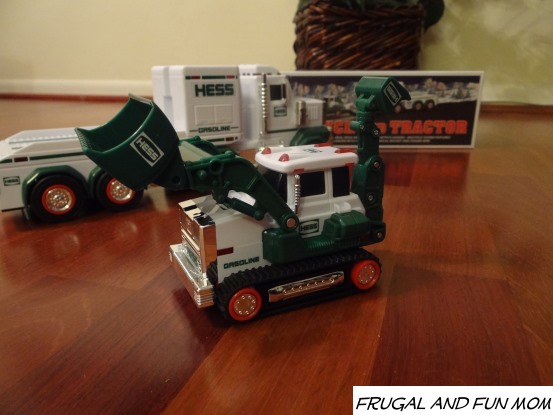 Want to see how the 2013 Hess Tractor works virtually? There is a FREE App available for download for iPhone, Android Devices, and Kindle, hesstoytruck.com/hess-apps. I’m going to surprise my son with this App on Christmas as well.

I really appreciate the Hess Toy Truck legacy.  This is a tradition that dates back to 1964 when the first Hess Toy Truck was introduced. The first truck was an 18-wheel fuel oil tanker painted in the traditional Hess dark green with white and yellow accents. 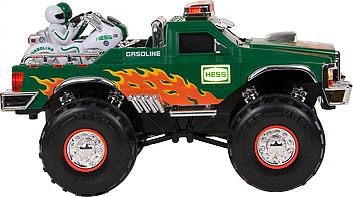 The 2007 Monster Truck With Motorcycles

My oldest actually received his 1st when he was a baby.  He got the 2007 Monster Truck With Motorcycles from his Great Aunt, and he still plays with it to this day.

Does your family own any of the Hess Trucks?  If so, which make and model? 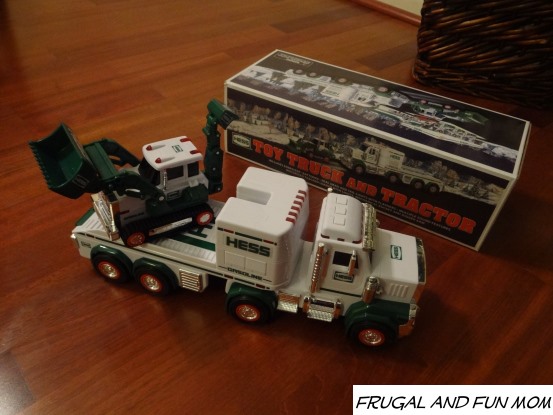 To learn more about this year’s vehicles and the Hess Truck Tradition, visit hesstoytruck.com.  You can also or check them out on Facebook at facebook.com/hesstoytruck.

I can’t wait to see my son’s reaction when he opens his present!