I am an Ambassador for Little Tikes and was provided free product for review. Opinions expressed are that of my own. 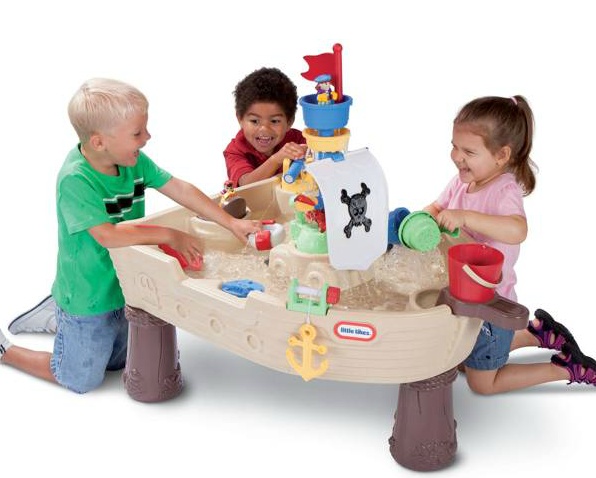 Thanks to Little Tikes, I was sent an Anchors Away Pirate Ship to review with my kids here on Frugal and Fun Mom.

is a durable plastic play-set that can be filled with water. It has spinning features, a water pump and cannon, plus it has a bucket and 2 small colanders to move the water around the ship. The set has numerous other parts including pirate characters, a boat and  life-preserver, and an anchor that raises and lowers by cranking the handle. This product is intended for kids ages 2 years and up and retails for $79.99. 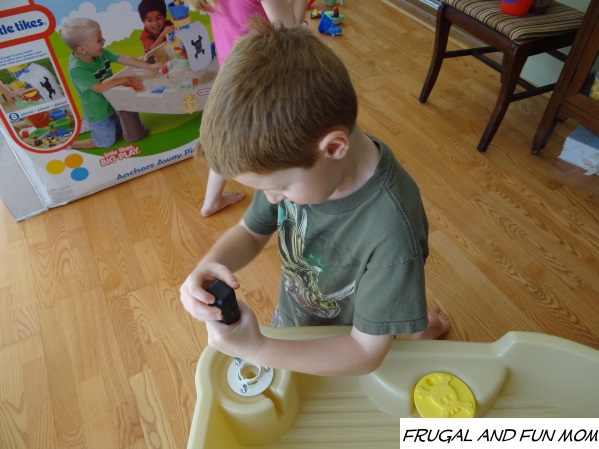 My kids were really excited when this arrived and since assembly is required, we all went to work putting it together. My son and daughter both took turns screwing in parts, and my hubby broke out the drill to assemble the legs. This did not take too long to put together, and it was not difficult at all. 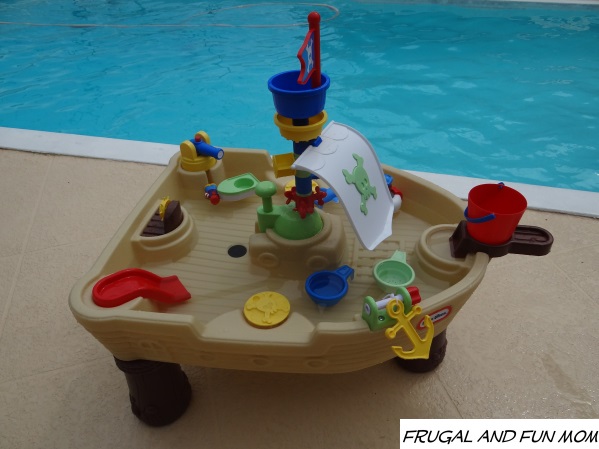 We first took it out to the pool area, and my 4 year old daughter played with it. She put her barbie in, sprayed the cannon, and used the bucket to scoop in water from the pool.   I think she really wanted one of her brothers to come over and play with her. 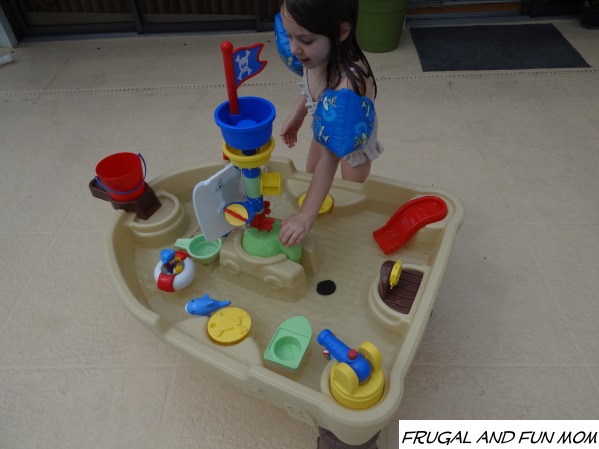 She also pushed down on the pump to make the water spurt out of the top of the crows nest.  The water in turn ran down the adjustable sail and turned the various parts surrounding the mast. She let the pirates hang out in the life-preserver, and the crows nest. 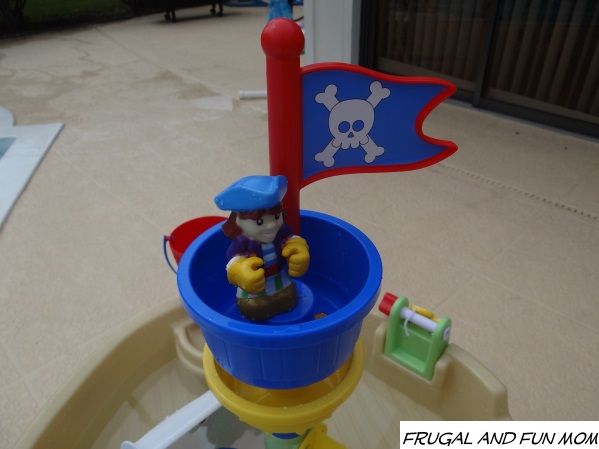 We then took this out onto our driveway and although I thought my oldest (who is 7)  would not be interested, once he and his sister decided to have a water fight, he was totally into the play-set. They used this as their loading station and my daughter liked to push the cannon and make water squirt out at her older brother. 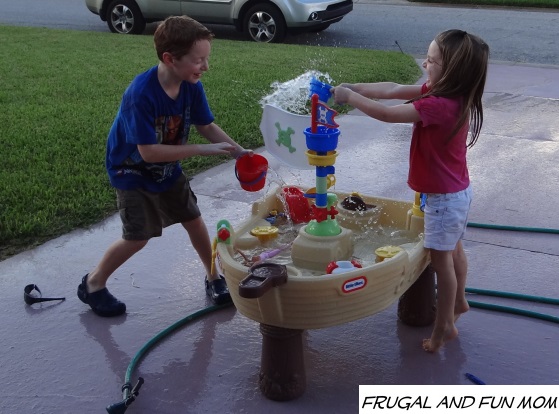 My 13 month old enjoyed this as well, and splashed around in the water. He really likes the 2 pirate guys and carries them around the house. He actually pulled them off the table and took them into the bath tub.  Of course he and his sister had to fight over who would play with them,  Little Man ended up winning this argument. 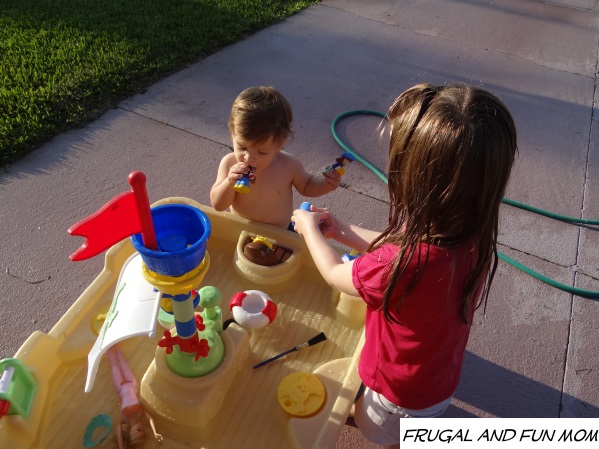 So after using this set for the past couple of weeks and in a few different ways, I found that my 2 older kids enjoyed it most when they played together. The baby was content with just being alone to play with it, and me watching him.

What impressed me most about the Little Tikes Anchors Away Pirate Ship is the size and all the pieces that come with it. Plus because of its size, I think this would be a great toy for play-dates. I wasn’t the only one impressed with it, since it won the 2010 Oppenheim Best Toy Award Gold Seal.

Things I observed:  The pirate flag is a sticker so if it gets wet, it will start to peel off both sides, I ended up removing them all together. You need to keep this in mind if you are going to store it outside, or your kids plan on flinging water all over it. In addition, if you push too hard on the cannon it will pop out of its holder. It still works regardless, but you have to pop it back into place in order to change the aim.

I suspect we will be using this product for a few more years considering the ages of my kids, and will  definitely be using it to keep the kids cool in the summer.

To learn more about Little Tikes and its products, visit them online at LittleTikes.com

You can also look for product updates and information at their Facebook Page facebook.com/LittleTikes and Twitter at twitter.com/littletikes.

And thanks to Little Tikes, I have been authorized to Giveaway an Anchors Away Pirate Ship, a $79.99 Value to one (1) lucky Frugal and Fun Mom reader.

To enter, please allow a moment for the Rafflecopter Form to load below.