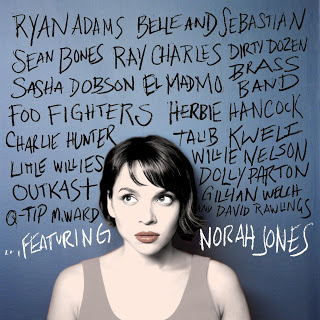 I was recently notified by the One 2 One Network that I was chosen to review a new album by Norah Jones called …Featuring. I was excited, because I am a fan of Norah Jones, and ever since I heard the single, “Don’t Know Why”, I have enjoyed her vocals. Needless to say, I was not disappointed by this new album.

If you like Country, Rock, Hip Hop, or Jazz, this compilation features Jones singing with popular artists such as Ray Charles, Willie Nelson, Q-Tip, OutKast, and the Foo Fighters. Plus, it puts a different spin on classics like, “Baby Its Cold Outside” and “Blue Bayou”.

Many of the songs originally appeared on other artists albums, so I had not heard them before. One of the songs that I really liked was “Life Is Better” with Q-Tip. It made me want to get up and dance.  I also liked the version of “Blue Bayou”. 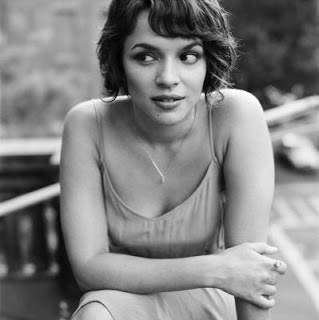 “A lot of the people on this record are people I’ve worshiped since I was a kid, and some of them are younger and more my contemporaries,” says Norah. “Even though the musicians are so varied, the vibe of the songs makes sense when we put them all together.” Source, Press Release Blue Note Records

The track listing for …Featuring is as follows:

1. Love Me – The Little Willies

For more information about the Album, visit norahjones.com

…Featuring is in stores November 16, 2010.  If you are interested in pre-ordering this album, click here for details: Album Pre-order Link

I wrote this post as part of a review program through One 2 One Network.  This is my own personal opinion, and I did not receive compensation for this review, but was provided a free CD. Participating bloggers in this program who post by November 21, 2010 will be entered in to win one of five $50 gift cards.