The following Smoked Sausage and Bell Peppers Recipe post is sponsored by Bar-S and opinions expressed are that of my own.

Are you looking to feel inspired this week at dinner time?

Well I have 2 ways to help you do this through a Smoked Sausage and Bell Peppers Recipe as well as information about a partnership between Bar-S and No Kid Hungry in the month of September.

When I was a teen, my Mom used to make an easy week day meal with smoked sausage along with peppers, onions, and yellow rice. Well I decided to recreate this same dish, but of course I had to put my own little twist on it with serving it over a homemade Quinoa and Rice mixture. 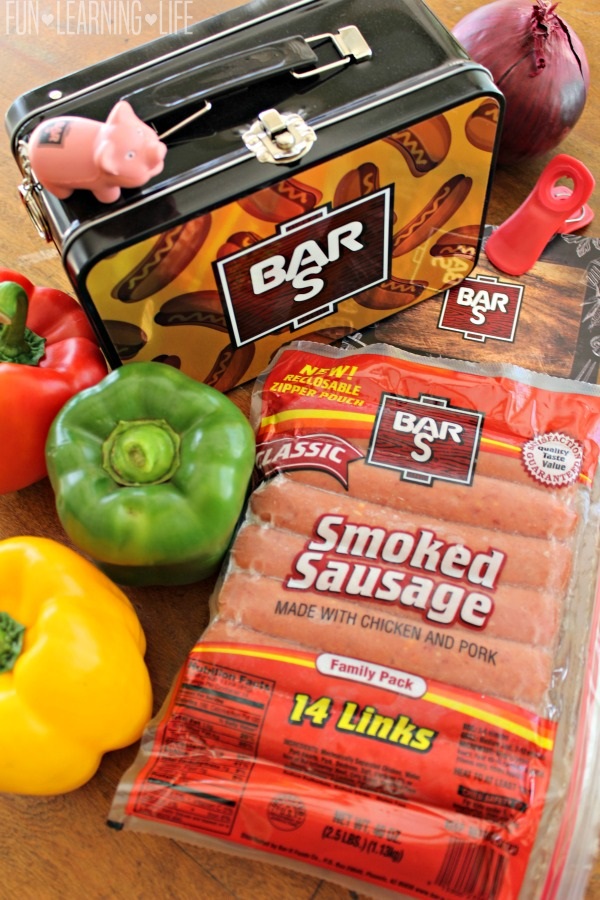 Plus, I was excited to incorporate Bar-S Smoked Sausage since I was made aware of their initiative to help eliminate childhood hunger (keep reading for more information).

Now I must say that this dish worked out perfectly for our crazy week because we were catching up on Flag Football Games after delays caused by Hurricane Irma. Not to mention, I enjoyed 2 days of left overs and made sausage dogs over the weekend due to picking up an awesome Bar-S Smoked Sausage Family Pack with 14 links. 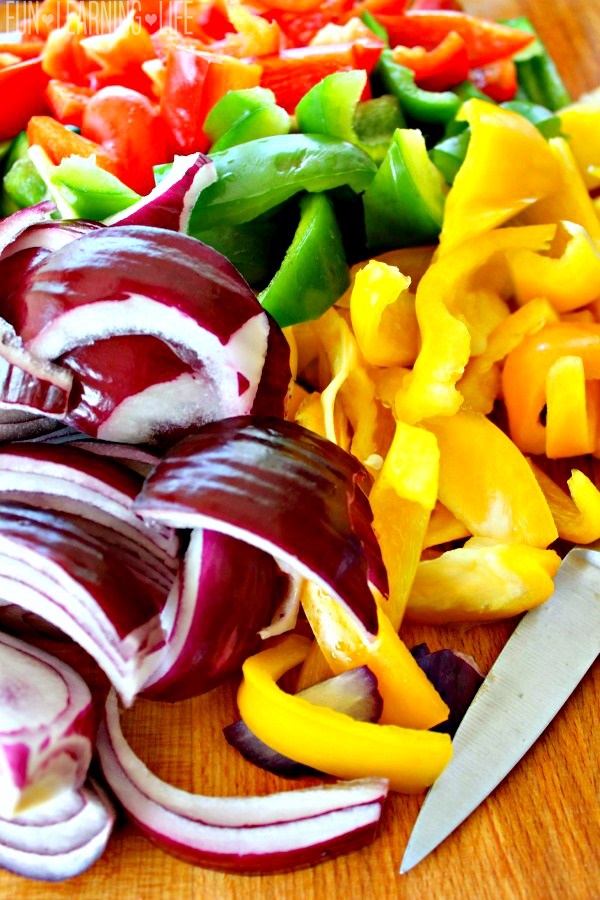 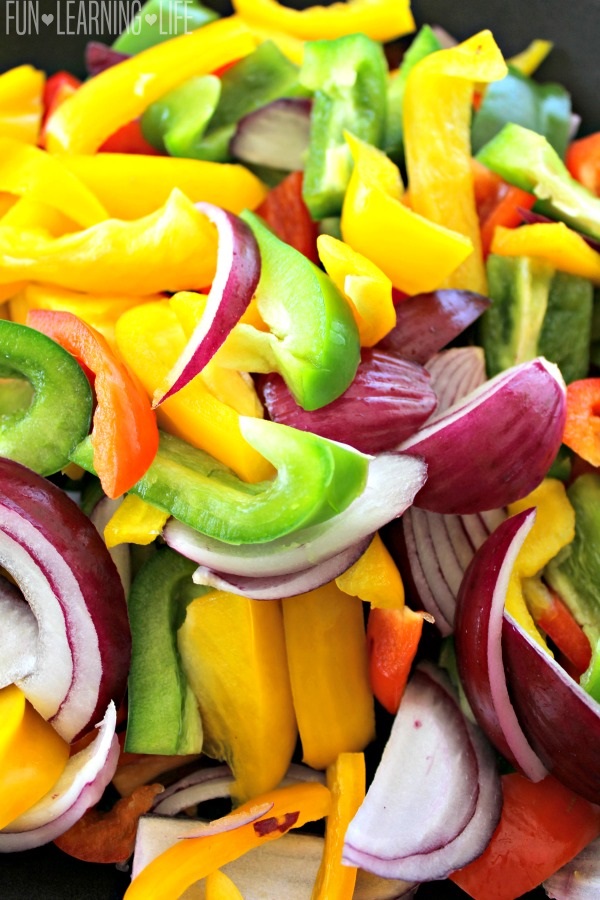 First chop the Red Onion into 1/2 inch slices and then do the same for Bell Peppers removing the seeds. I cut the peppers in half as I sliced them to make them similar to the size of the onions.

Next add 1 tablespoon of Olive Oil along with the vegetables into a large pan, placing the stove on a medium setting. Cook this mixture down for 18-20 minutes stirring occasionally. 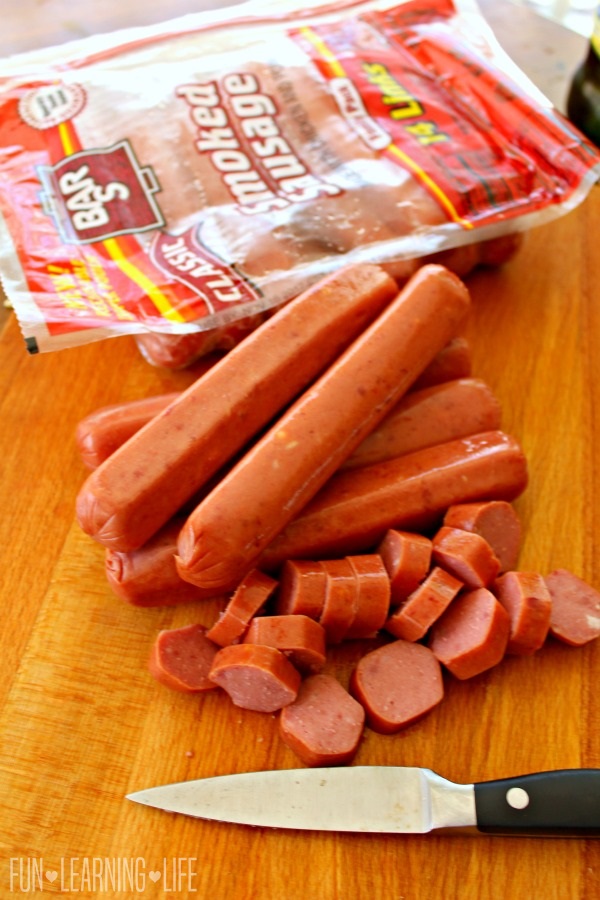 Then, slice the Smoked Sausage into 1/4 inch pieces and add this to the vegetables after cooked down. Leave on the medium setting and stir occasionally for the next 8-10 minutes.

Once cooked, serve immediately over a 1/2 cup of the cooked Yellow Quinoa and Rice. 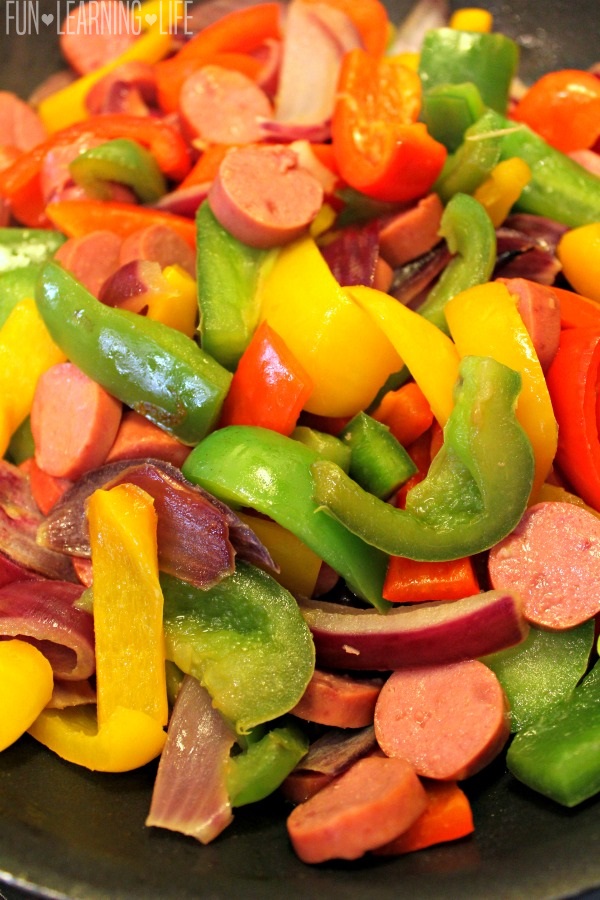 How to prepare Yellow Quinoa and Rice! 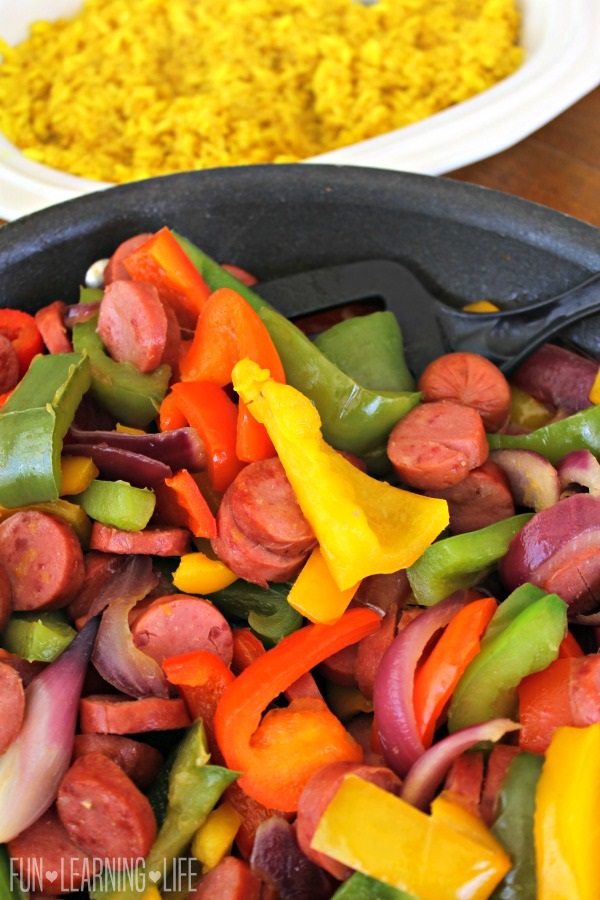 About ten minutes into the veggies cooking, take the Chicken Broth, Olive Oil and Ground Tumeric, combine and bring to a boil in a pot. Add the uncooked White Rice and Quinoa, stir, cover, and then move to a low setting.

Cook this for 15-20 minutes until the liquid is absorbed. 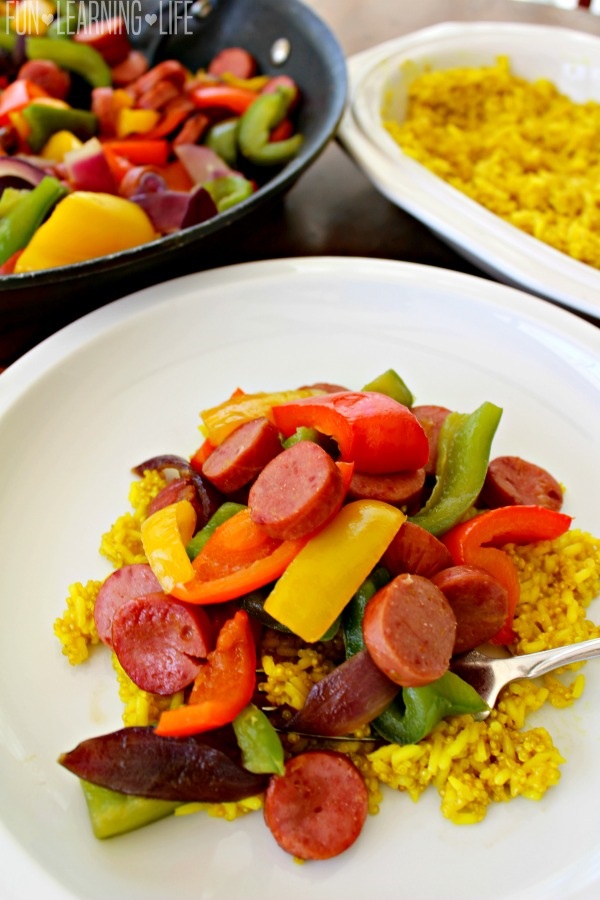 About Bar-S and Hunger Action Month!

Bar-S believes in giving back to the communities that they serve and because of this, they have made a commitment to help knock out childhood hunger during the month of September. To do this, they have partnered with No Kid Hungry, a leading hunger fighting organization in the U.S. 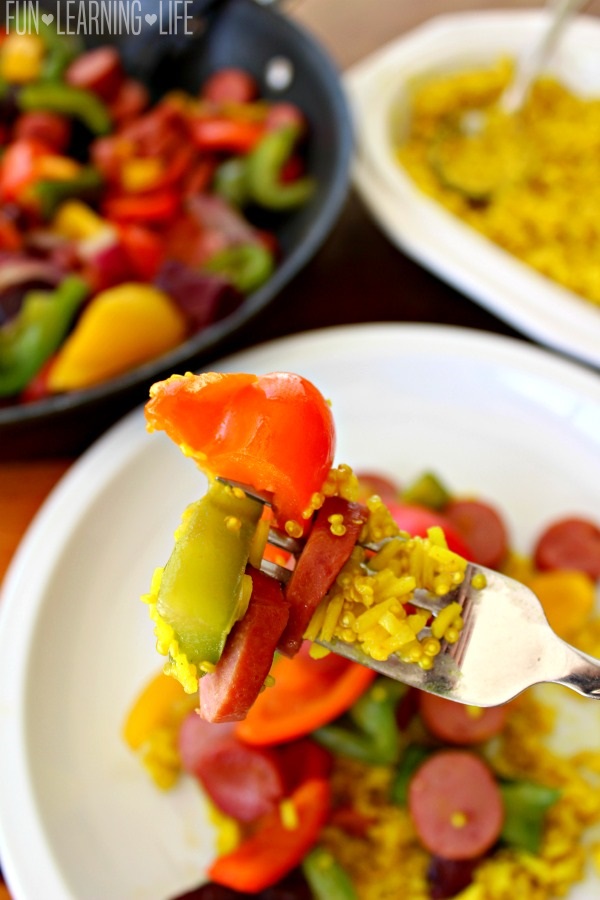 This Smoked Sausage and Bell Peppers Recipe is so simple to put together, and I can feel great about supporting a company that is helping children. Look for Bar-S products like lunch meat, bacon, as well as sausage at your local Walmart.

I hope this recipe makes your week day a little easier and your family enjoys a delicious meal together.