The Lion King is roaring to its rightful place in the Walt Disney Signature Collection and to celebrate we made Hakuna Matata Popcorn Mix!

A special thank you goes out to Disney Home Entertainment for providing my family with The Lion King Blu-ray Combo Pack from The Signature Collection as well as press materials, opinions expressed are that of my own!

Not one of my children were born when The Lion King originally came to theatres, but I can tell you that they love it just as much as I did when I first saw it as a young adult.

Between the awesome scores like “Can You Feel The Love Tonight” and “Hakuna Matata” (and the reboot on Disney Junior via the Lion Guard) it didn’t take much convincing for my family to appreciate the epic story of Simba and his journey to become the leader of the Pride Lands. 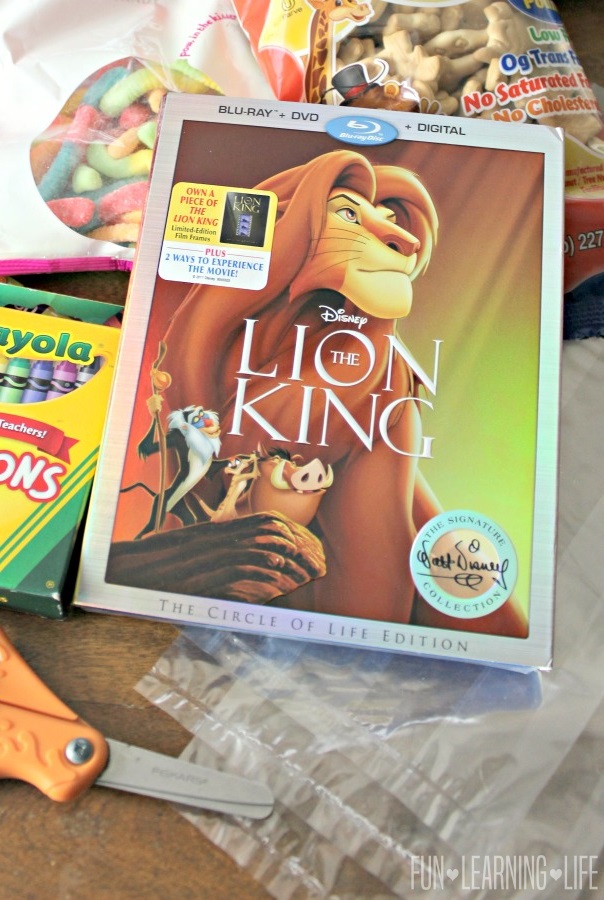 The Walt Disney Signature Collection release of The Lion King on Digital on Aug. 15th and on Blu-ray™ Aug. 29th, includes over three hours of classic bonus material and exclusive, brand new features inviting viewers to sing along with the film’s award-winning music, observe recording sessions, step inside the story room, witness the evolution of a villain, and join Nathan Lane (voice of Timon) and Matthew Broderick (voice of Adult Simba) for an extended conversation regarding the legacy of “The Lion King.”

This is the fifth title to join the Walt Disney Signature Collection, which includes groundbreaking films created or inspired by the imagination and legacy of Walt Disney, featuring timeless stories and characters that have touched generations. 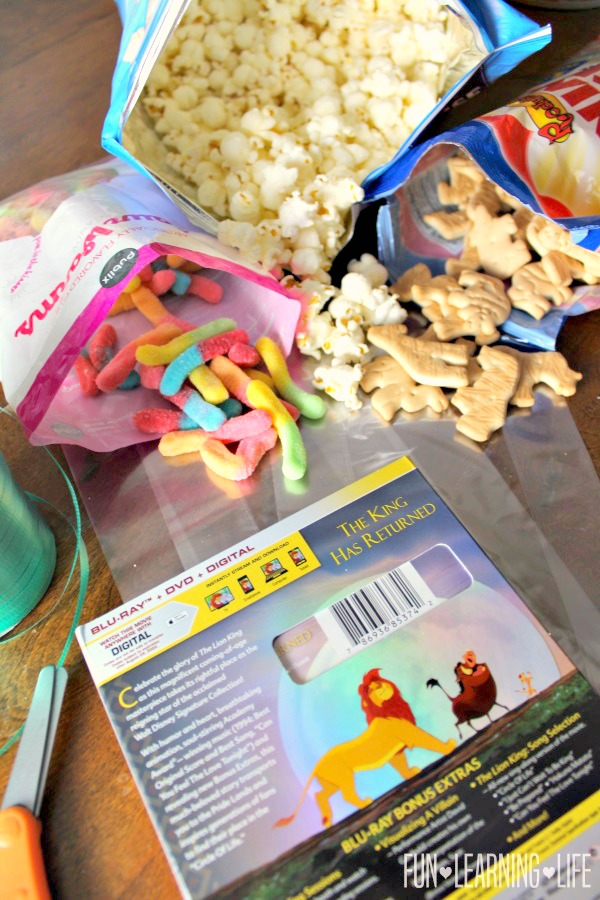 Want to make your own No Worries Hakuna Matata Popcorn Mix to eat alongside your copy of The Lion King Blu-ray Combo Pack from The Signature Collection? Details are below:

Here is what you will need: 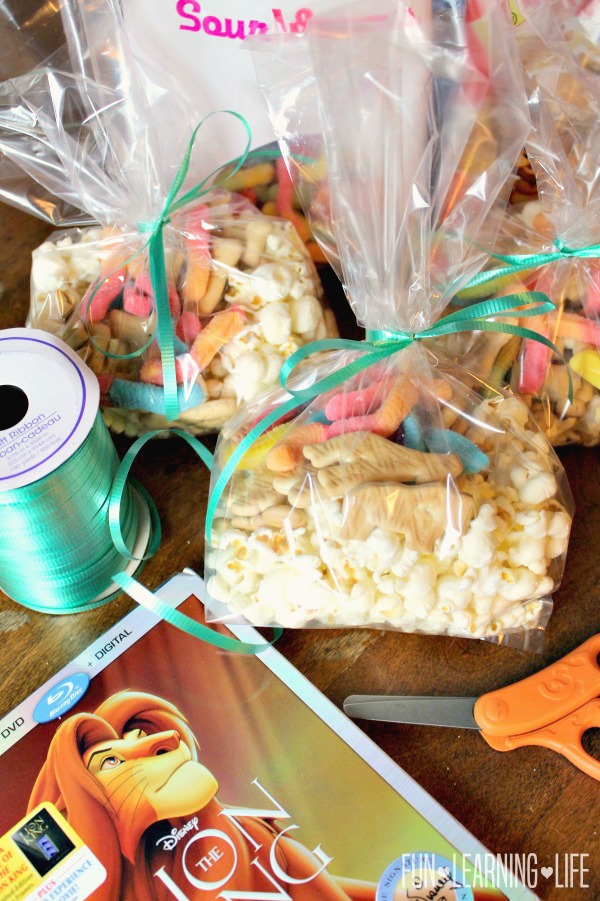 Using a plastic bag, add 2 cups of popcorn and then add a layer of 10-12 Animal Crackers. Next up, add 10 Sour Gummy Worms and seal off the bag with a tied ribbon.

Your Hakuna Matata Popcorn Mix is ready to serve and since it is sealed, there are no worries if the kiddos decide to eat it now or later. Plus it is such an easy treat to put together, making it convenient for a party or an easy movie night for MOM.

About The Lion King Blu-ray Combo Pack from The Signature Collection Special Features*:

Visualizing a Villain – Against a backdrop of live dancers and the animated “Be Prepared” sequence, artist David Garibaldi paints a masterpiece of evil.

The Recording Sessions – Watch rare footage of the actors recording their roles, matched with the final animation. Intro by Roger Allers and Rob Minkoff. 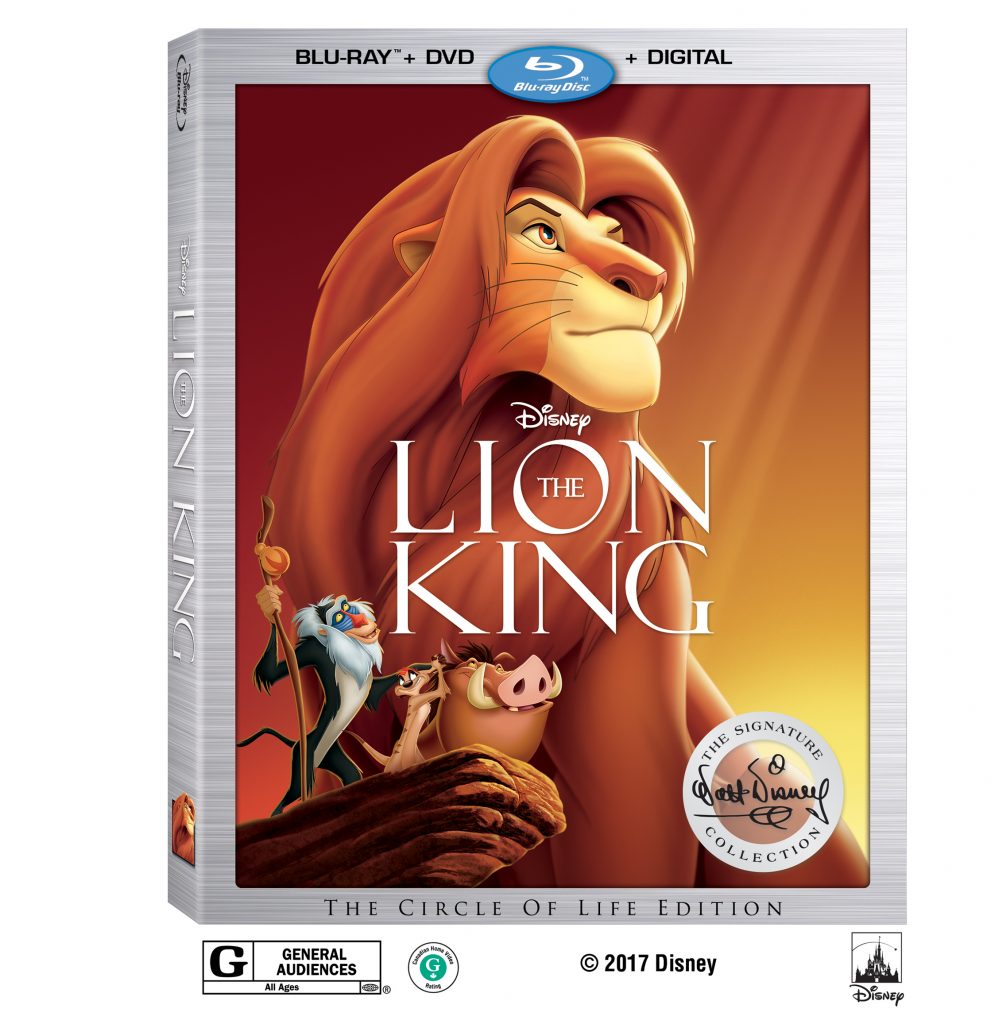 Music & More  – Sing along to your favorite songs from the movie!

Classic Bonus Features (Digital Only) – These offerings from prior home entertainment releases include hours of bonus material, such as bloopers, audio commentary, deleted and alternate scenes, and in-depth journeys into the music, film, story, animals and stage show.

To learn more about this exciting release visit Movies.Disney.com/The-Lion-King as well as visit Facebook at facebook.com/DisneyTheLionKing. Plus be sure to print this fun The Lion King Activity Pack to share with the kiddos.

I hope your family enjoys snacking on our Hakuna Matata Popcorn Mix alongside a copy of The Lion King Blu-ray Combo Pack!