My kiddos thoroughly enjoyed watching our complimentary copy of the MOANA Blu-ray Combo Pack and opinions expressed are that of my own. A special thank you goes out to Walt Disney Studios for providing press materials as well as sponsoring my trip and accommodations to the Be Our Guest Event.

My children just can’t get enough of MOANA! We sing the songs, they play with action figures, and my daughter has an adorable shirt with the cute piggy Pua. Well if your family feels the same way about this film, you will definitely want to own a MOANA Blu-ray Combo Pack! 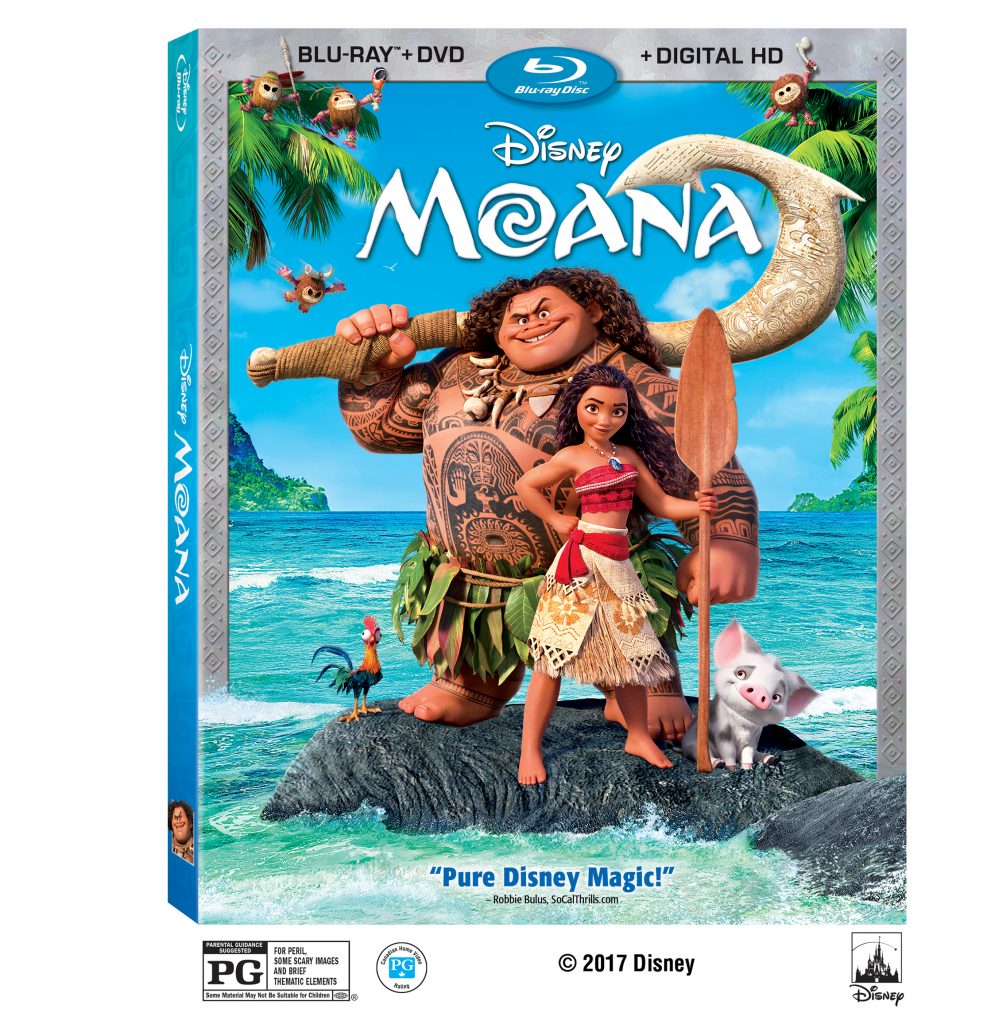 We had initially seen this movie in theatres and immediately fell in love with the music along with the amazing story. The voyage of Moana was an incredible journey and her interactions with the Demi God Maui and the Ocean, along with Heihei the chicken and Tamatoa the crab, made it all the more interesting and funny.

Between strong family bonds, loyalty to her village, and a desire to find her own way, Moana evolves into the person she wants to be as well as becomes the leader for her community that she needs to be. This transformation really created a wonderful adventure for us. 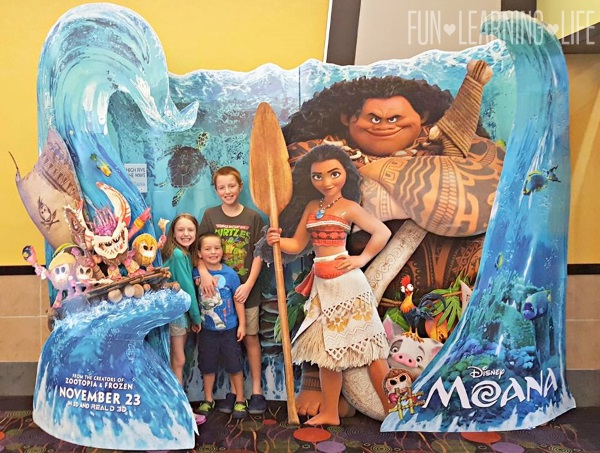 Now to explore the MOANA Blu-ray Combo Pack, my kiddos and I had a family movie night. We enjoyed checking out the fun extras like the Maui Mini-Movie: “Gone Fishing”, the short film “Inner Workings”, a fun Q&A with cast and crew, as well as details on the film’s Easter Eggs.

Independently I watched the documentary Voice of the Islands and the informative segment Island Fashion. It was interesting to learn about the story’s inspired background and the extensive research that went into making this film. 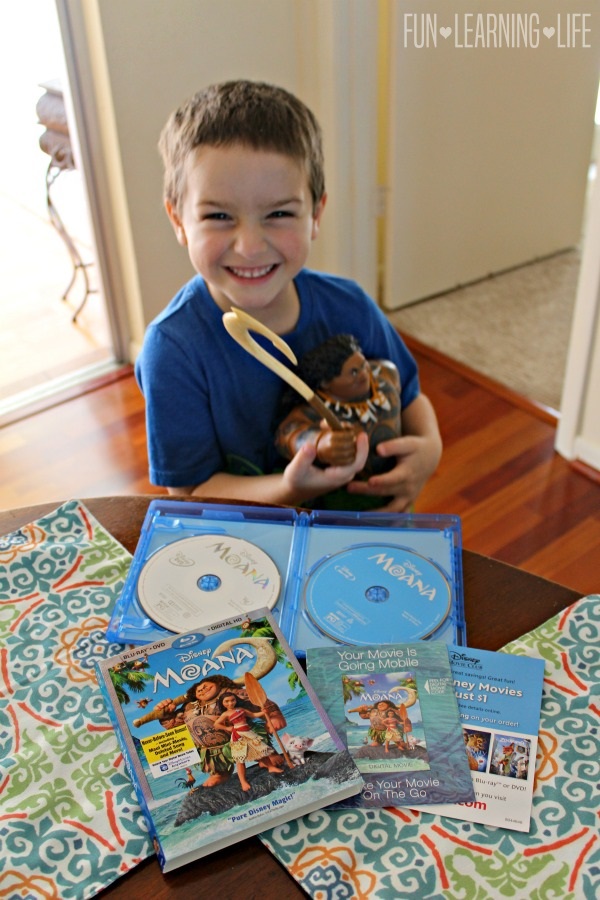 The bonus features really made me appreciate all the details that go into creating an animated feature of this magnitude.

In addition, the DVD includes:

When you finish watching the MOANA Blu-ray Combo Pack be sure to also check out my Homemade Hawaiian Lei Craft Inspired by Moana and print out these Coloring and Activity Sheets for Moana!

Walt Disney Animation Studios’ “Moana,” the sweeping story of a spirited teenager who sets sail on a daring adventure to save her people, starring newcomer Auli‘i Cravalho as the voice of brave and tenacious Moana and Dwayne “The Rock” Johnson (HBO’s “Ballers,” “Central Intelligence”) as the larger-than-life demigod Maui, has dazzled both critics and audiences. The film earned a 95% critics’ consensus on Rotten Tomatoes and the No. 1 spot at the domestic box office opening weekend. 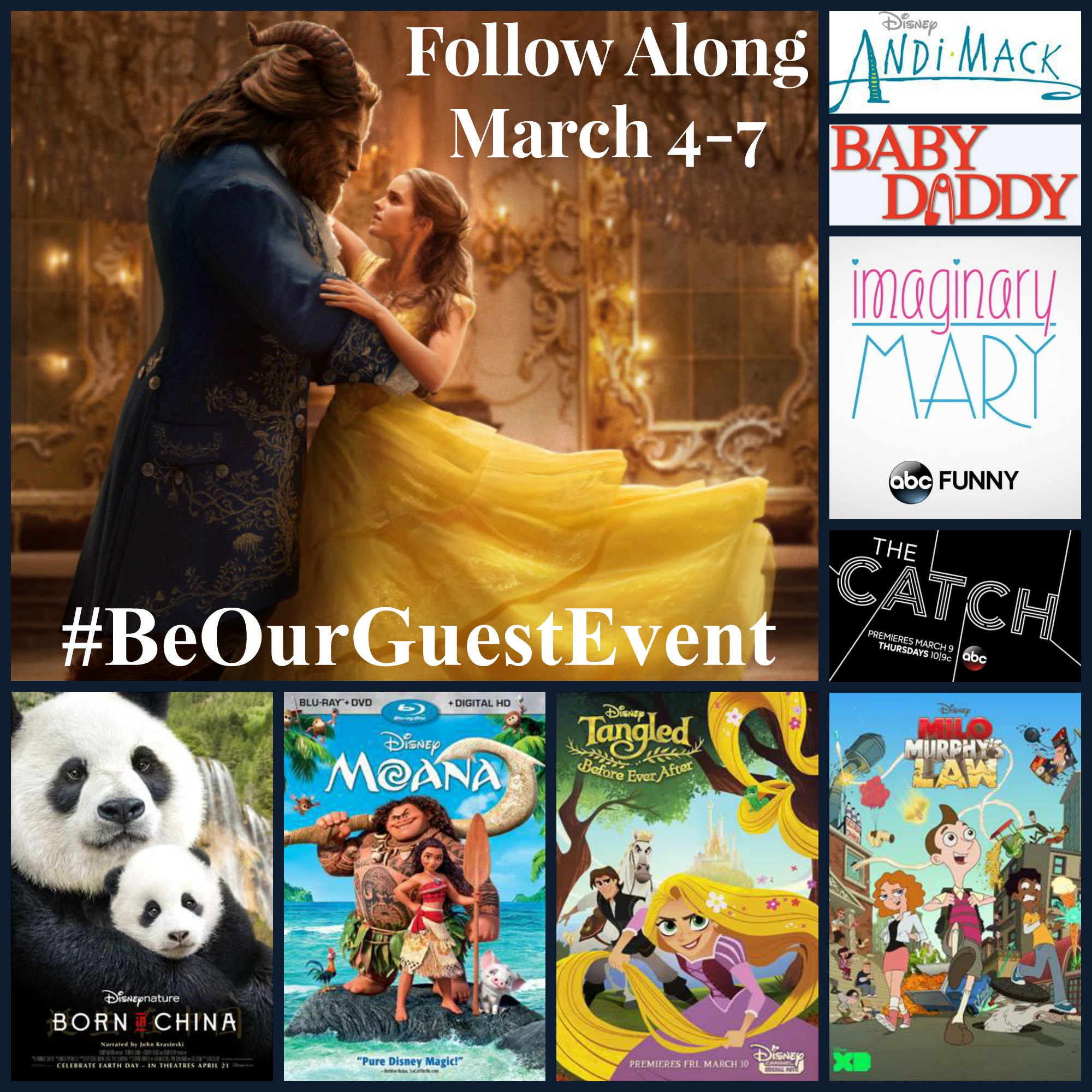 To learn more about the MOANA Blu-ray Combo Pack visit Movies.Disney.com/Moana as well as visit Facebook.com/DisneyMoana, Twitter.com/DisneyAnimation, and Instagram.com/DisneyAnimation.  Be sure to also follow along via the Be Our Guest Event Hashtag #MoanaBluray on social media.

I hope you enjoy this new Disney Classic just as much as my family does!