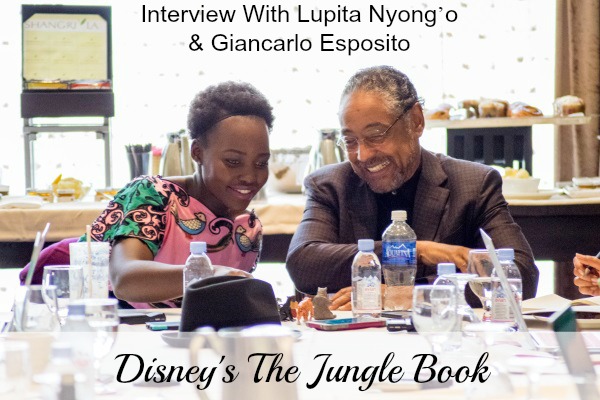 I recently got the opportunity to interview Lupita Nyong’o “Raksha” and Giancarlo Esposito “Akela” as part of a press trip for Disney’s The Jungle Book. Of course when I shared this upcoming event with my family, my son said, “You get to meet Maz Kanata from Star Wars: The Force Awakens. That is AWESOME.” My hubby was like “Cool, you get to meet Gus”. (He is a big Breaking Bad FAN).

Well it really was AWESOME and COOL, and after listening to these accomplished performers share their thoughts on film and parenting, I walked away with a great appreciation of their thoughts about the film and the “Strength in a Mother”. 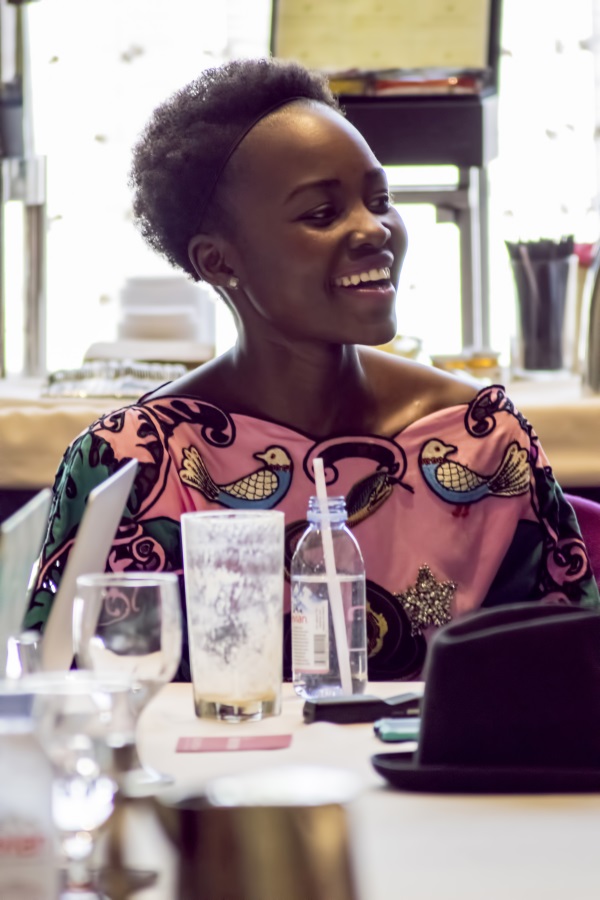 First question was directed to Lupita Nyong’o: What experiences did you draw from to play the role of a mother?

Lupita shared, “I have a lot of very powerful women in my life. My mother being the first and most important. But in my culture, in my mother’s sisters are also my mother and my father’s sisters are my mother’s, too. So I have many mothers. My mom has a fierce love for her children and she’s known to say things like “If you die I’ll kill you”. That spirit, that tenacity of mothering was something that I thought of and inspired my version of Raksha.”

She continued, “Because it takes a woman with one huge heart to take on not only a child that’s not hers, but of a completely different species. The fact that she does this and she doesn’t look back, and she does everything in her power to protect that child. Then to have to let go of that child as well, takes even more love. All mothers go through that and I went through that with my mother. As a child, you don’t appreciate it until you’re much older, and you realize how hard it is to make new connections and, how hard it is to lose those connections. So those were things I was definitely thinking about and I love my Mommy.” 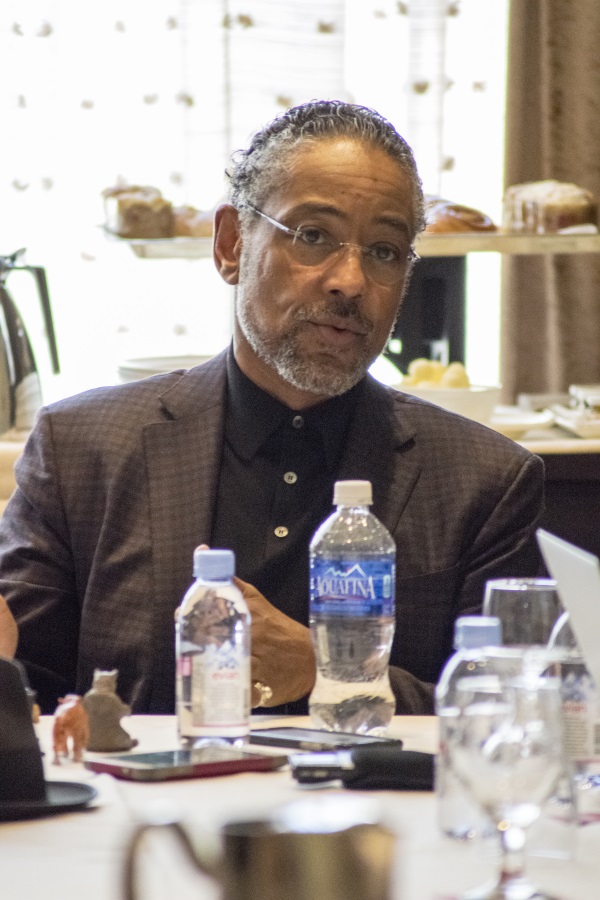 Directed to both Lupita Nyung’o and Giancarlo Esposito: So what drew you to this role?

Giancarlo explained,”I had a very unusual story. I was working on the Destiny trailer with John Favreau. I’d done a show called Revolution with him and our show had finished and he called me and said, “Would you come and do a commercial with me for one day?” The character was reading The Law of the Jungle to his son and it was a highly technical trailer that we did. I stepped away from reading this, and had a conversation with John about Kipling, and The Jungle Book. We had a wonderful and marvelous conversation, which ended when he said well, “Wouldn’t it be wonderful to do this movie again and re-envision it for a new generation?” A year and a half later he called me and he said, “Are you in?” I said, of course I’m in.” 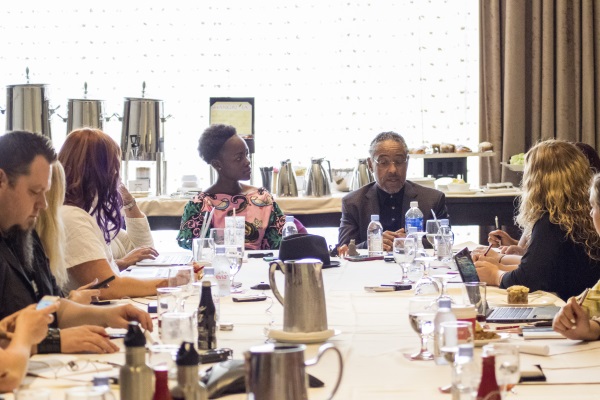 He then continued,”I had read this book when I was probably about 10 years old and my mother and I talked about it afterwards. She’d have me read everything from Edgar Allen Poe’s The Raven to Shakespeare, to Kipling. I was really moved by Kipling because of his background, where he was raised, he was born in India, and he was raised through that caste system …this story was such a story of freedom.. ” 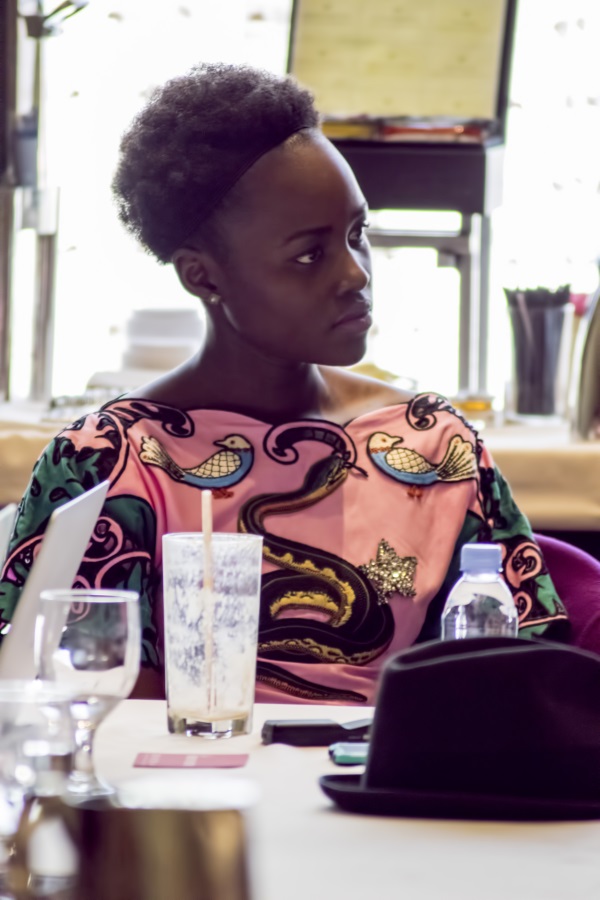 Look for Lupita currently in a Broadway production called Eclipsed by Danai Gurira, and in the upcoming Disney Film Queen of Katwe. (Photo by Becky Fry/My Sparkling Life for Disney)

Lupita then filled us in with, “For me this was the very first role that I performed after I got off the 12 Years a Slave Train (as she chuckled). What appealed to me was this idea of playing a mother, something that I hadn’t yet done. To do it in voice-over, just opened myself up to something new! I have always loved children, I been fantasizing about motherhood since I was probably 2 ½. I loved to babysit my cousins, and nieces. I also had a kind of fear about being a mother, and doing work like this makes you really put yourself there. I like being put in those kinds of uncomfortable places that help me to expand my empathy and so that was what attracted me to Raksha.”

They were then asked: What was the recording process like?

Giancarlo answered, “Very different because technology has changed so much in the last few years. I love being on the mic, there’s a special relationship that your whole being nurtures when you’re on the mic. I started working with RKO when I was seven years old, and couldn’t get my face in front of a camera because I wasn’t black enough. Back in the ‘60s and ‘70s it was really interesting situation. I went on the mic because I wasn’t regarded as black ‘cause I’m half Italian and from Europe but because I spoke well I would do recordings that would teach young black kids how to speak English.” 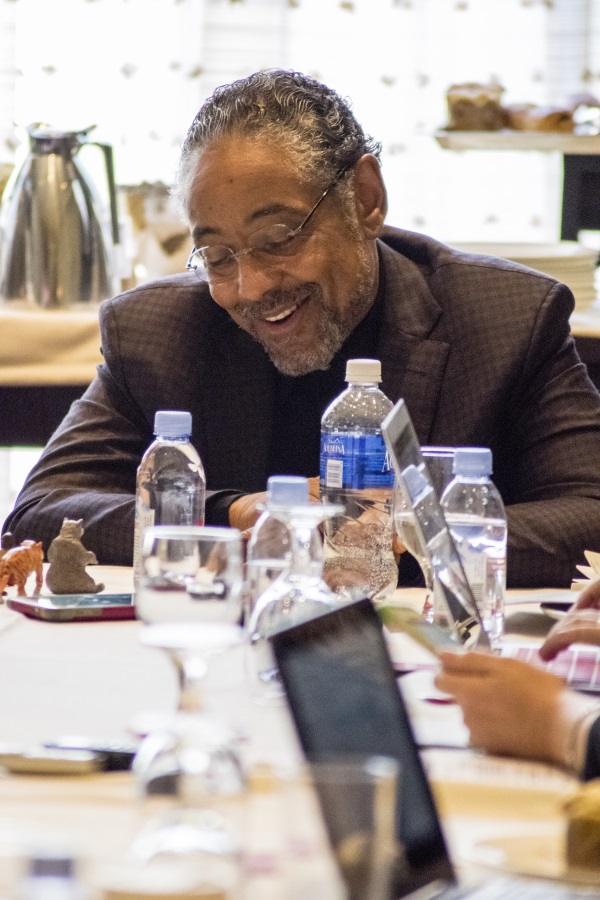 He then elaborated, “With this, John put up three different cameras that captured our motion so that he could blend our physicality with the physicality that he was planning for the wolves. I learned so much from just being in the studio a couple of different times. It’s great to hear John talk about it because he’s such a Disney fan. I just think Walt Disney was just way ahead of his time and now we have a guy who’s remade this movie with new technology. It was interesting and fascinating because you weren’t really seeing picture. You had to take your own timing the first time we were in the studio and then the next time we had sort of a rough picture. The next time the rough picture was then also combined with Lupita’s voice. So then you had something to play off of. But it was a process a very interesting process, that was fun! Made to be very organic and natural by John’s presence.” 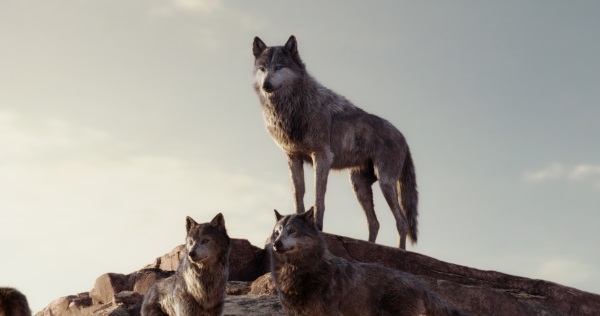 Giancarlo was then asked: Do you identify with Akela in any way as you were playing the role?

He explained based on his experience as a father, “In so many ways. You know, I’m a male…I have four daughters, and I have to say that, all these questions in regards to Raksha and how Lupita feels about her mom and being a mother, I feel like the importance of the female and the mother presence in our society is greater than ever.”

He continued, “I have four daughters, the eldest is 19, the youngest is 12, and I watched all of them journey into motherhood. Motherhood is very deep. It starts when you’re very, very young. Now, my 12 year old comes in, wants to put me to bed and she’ll put her hand on my forehead and say the prayer with me. As for years I’ve done for her! It’s almost like a very beautiful, natural transition.”

Giancarlo then elaborated, “So while Lupita and you guys have been talking back and forth about motherhood, I have this vision that I’m really watching each one of my daughters start to become women, and mothers. This is what’s gonna save our planet, I know it because there’s such a grace and understanding in the female persona, when women have really come into their own. Part of that is to have children, and to be caring for those children, and not only in the care for them, but also in the nurturing and raising of them, they have to pass on their souls, and their intelligence. And all those things can’t be taught. It’s something that in the essence of a woman, a mother knows!

He then concluded with, “I have learned to listen through raising four daughters. I’ve learned to become a progressive man because I have four women in my life… It is this strength of the mother that is going to change the way the world is. It’s the compassion, the love, the very open spirited mother, and woman that will move us forward in this new century. It’s no doubt.” 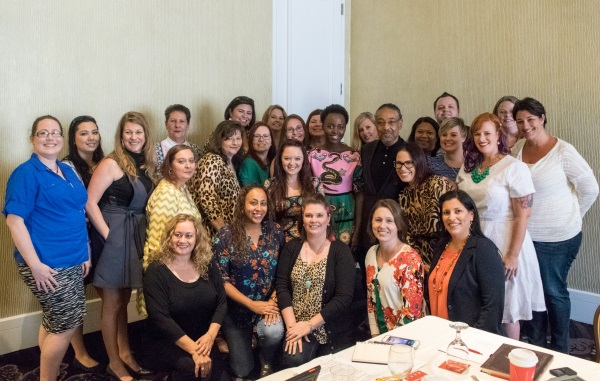 Question for both: What is one thing you want children to take from your character?

Lupita explained, “What Mowgli is dealing with is finding belonging and what Raksha offers him is home, her as home, as an anchor. I think that’s a really important thing for children to have, so that they can veer away from it, but always be able to come back when they need to.”

Giancarlo shared, “…What I want people to get from this movie is that sense of freedom, that sense of abandonment in the ride, the sense of connection with family, even if you don’t have a family. The sense of trust that someone’s gonna adopt you and take care of you. That sense of really being engaged by the world…”

I just loved the positive messages that they were putting forth about mothers and parenting. This truly was an inspirational interview. 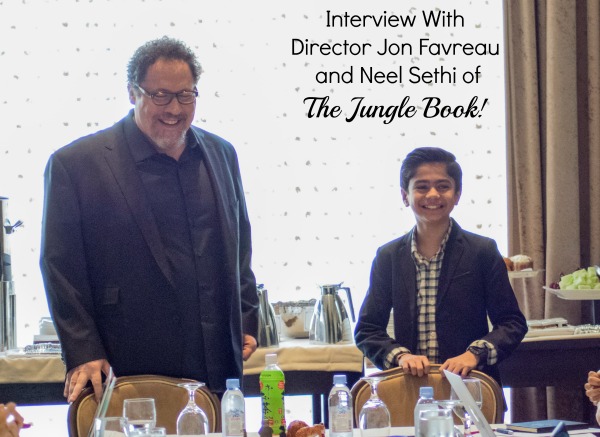 Be sure to also check out the Interview with Director Jon Favreau and Neel Sethi and stay tuned for more posts about my adventure in Los Angeles as part of The Jungle Book Event!