Thanks to Lionsgate Entertainment, I was sent a copy of Norm of the North Blu-ray Combo Pack to review, and opinions expressed are that of my own. 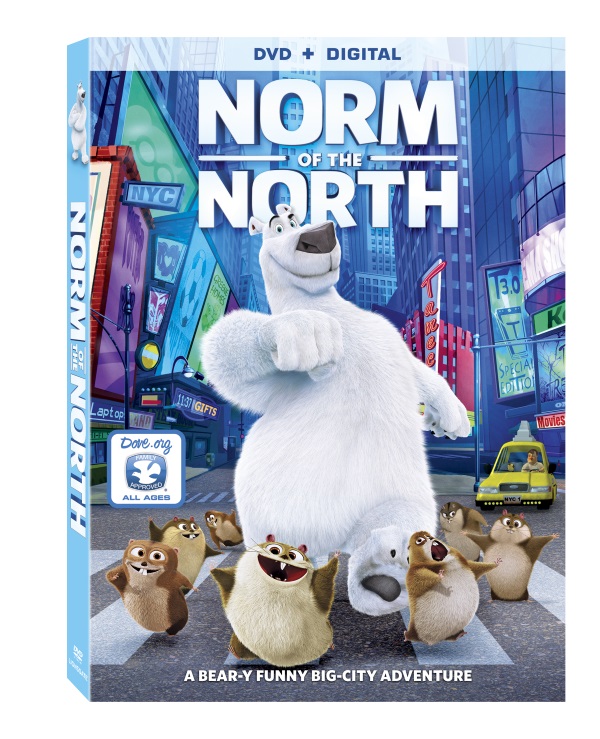 Lionsgate’s family adventure Norm of the North is now available on Digital HD, DVD, and a Blu-ray Combo Pack!

Featuring the voices of Rob Schneider (Grown Ups), Heather Graham (The Hangover franchise) and, Ken Jeong (The Hangover and ABC’s Dr. Ken) this story follows the adventures of Norm, a speaking and dancing polar bear, who is on a mission in New York City to save his home in the Arctic from Human habitation.

Along with not so potty trained Lemmings as well as a little girl named Olympia, Norm tries to convince Mr. Greene a real estate tycoon to stop putting up homes and prevent colonization of a place where the air is clean and the animals roam free. This story has a good message about setting aside greed and want in order to protect a beautiful place on the Earth.

The Norm of the North Blu-ray Combo Pack and DVD is rated PG for Mild Rude Humor and Action, and currently available for the suggested retail price of $34.99 and $29.95.

While we watched the film, the kids sported their Norm of the North Socks. I asked them what they thought of the movie and they said they liked it. Of course they thought it was funny because of the Lemmings peeing in random places, and tooting (Just like Norm this Mom could have also skipped the Lemmings acting so Natural). 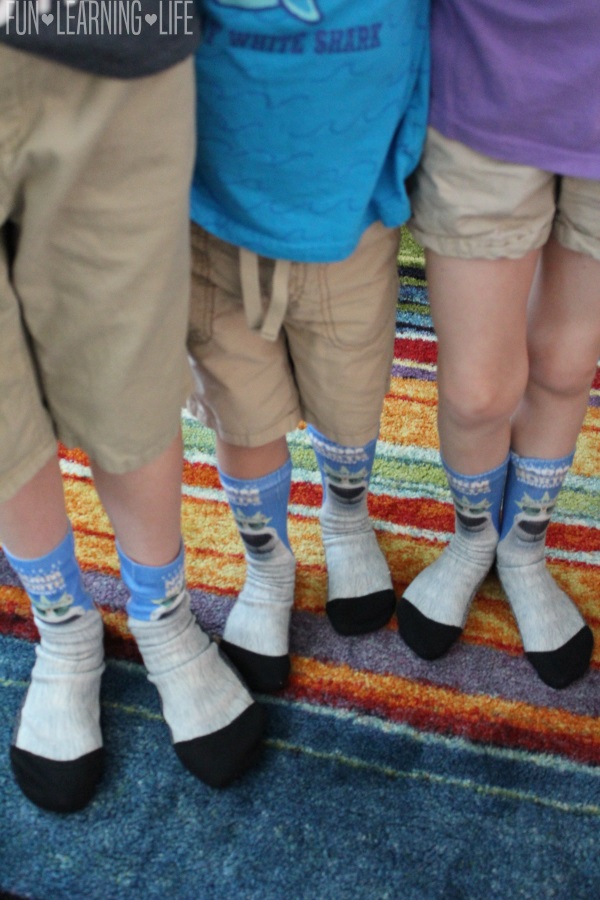 I thought the movie had a good soundtrack and the kiddos got the message of protecting the Arctic and the environment. Afterward, we had a discussion about ways we could help the planet everyday around our home.

Have your children/child seen Norm of the North? What is one way that they can help the environment everyday?

Giveaway Details
Thanks to Lionsgate Entertainment, 1 lucky Frugal and Fun Mom reader will win a copy of Norm of the North Blu-ray Combo Pack and DVD, a $34.99 Value!*

* Participates must be 18 years or older to participate and live in the contiguous United States. Odds are based on the number of entries, and by participating, you agree to these terms and the laws set forth by your individual state. Entries will only be accepted through the Rafflecopter Form, and Fun Learning Life is not responsible for disruption of the page or service which could cause problems with entering. The winner will be contacted through email (make sure you check your spam or junk mail) with the Subject line “Norm of the North Blu-Ray Winner”. Shipping information, including email, phone, and address will be collected at that time. The winner has 48 hours to respond, after that an alternate will be chosen, and so on and so forth. Fun Learning Life does not sell personal information. The prize will be fulfilled by the sponsor. Fun Learning Life does not share information with 3rd parties unless specifically expressed in a specific promotion or giveaway. This giveaway is not associated, nor sponsored by Facebook.