A special thank you goes out to Experience Kissimmee and Medieval Times Florida for providing us with a complimentary visit as part of the #GoodbyeCrowds #MyKissimmee Event. Opinions expressed are that of my own. 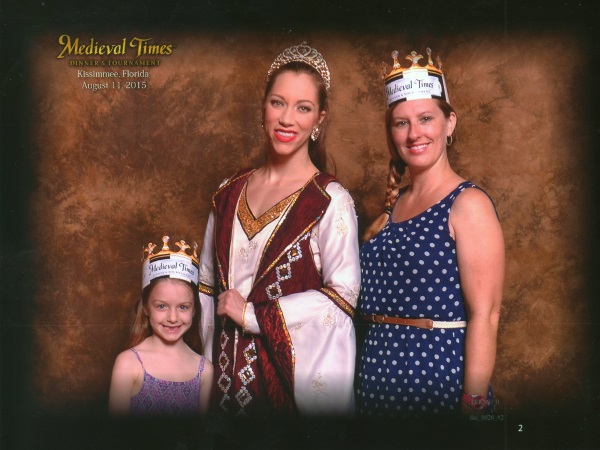 My daughter and I got to take an entertaining journey to the past when we recently visited Medieval Times Florida located in the Kissimmee area. Let me just say that this experience was really cool and the food was GOOD!

Now Little Miss loves Princesses, Knights, and Castles, so when she caught view of the building she was super excited. 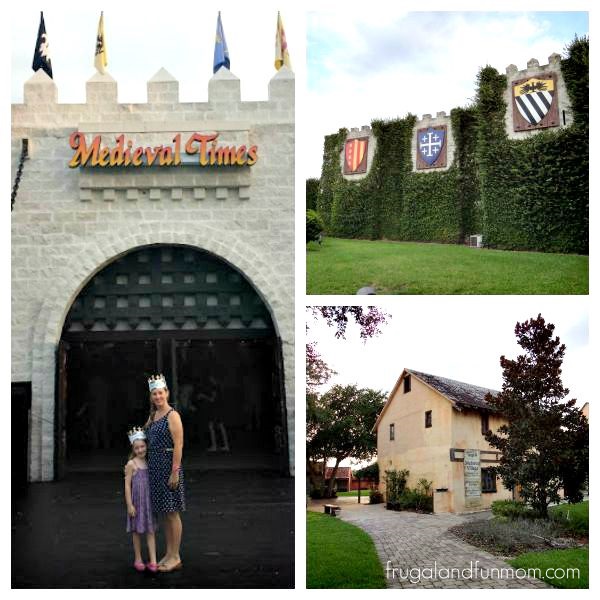 Then to top it off with a crown and a photo opportunity with one of the cast members, well she was then totally ecstatic! The big smile on her face tells it all!

Of course Medieval Times Florida is not just intended for little girls who loves fairy tales, it is also a place that the entire family can enjoy and I was ready to explore. 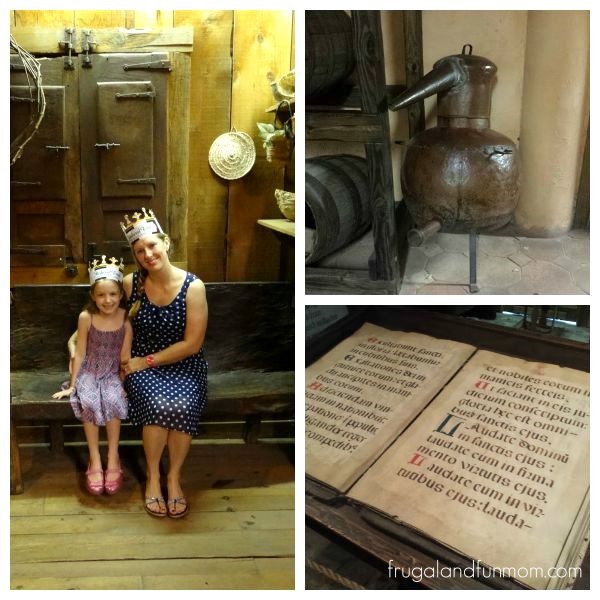 This location has an on-site museum in the “village” that houses authentic pieces from the past. We got to take a tour and view items from Spanish Churches, a Medieval loom, pottery, as well as period clothing and a distillery from early days.

After our tour, it was then time to head into the show. Tables are set-up by colors and we had a front row seat in the Black and White Knight’s section. He is also known as the defender of Santiago De Compostela.

At our place setting, there was also a commemorative program with information about the tournament as well as a special flag to cheer the Black and White Knight on.

Once settled in, a waiter came by and took our drink order and about that time the show began. Then it was also time for the food to start coming out, it smelled WONDERFUL! 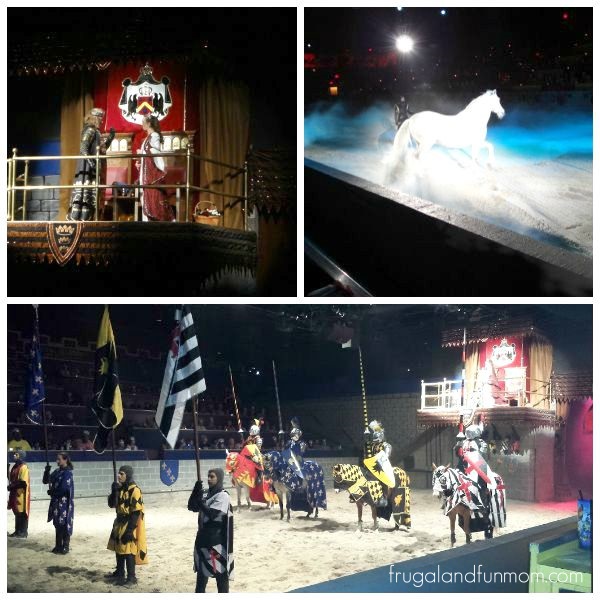 If you are a foodie or even if you aren’t, they have a delicious meal setup that you eat with your hands. There was tomato soup (with a handle) as well as bread, chicken, potato wedge, and corn. For dessert we had an apple turnover.

While we dined, the show continued on with exchanges between the King, Princess, and their court. There were acts with horses, a falcon, and riding displays. Of course they were in full wardrobe based on Spanish Courts from the time period. 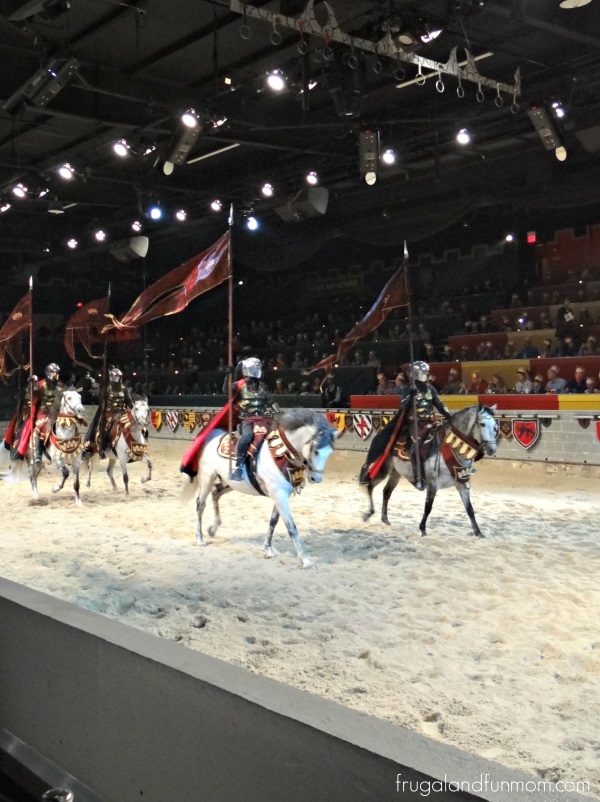 There were also competitions between Knights, jousting, and fight scenes. In addition, there was a story line with an invader into the King’s Court trying to steal the princess. During all these encounters, sparks were flying from swords and the Knight’s were performing stunts, all while riding the horses.

At the conclusion of our tournament, our Knight won the competition and conquered the invader. Little Miss managed to get a flower from our hero and even got to meet one of the Knights after the show.

Have you ever attended a dinner show like this before? What was your favorite part of this attraction?

Medieval Times Florida is really a neat place to tour, eat delicious food, and be entertained. I am definitely looking forward to taking the rest of my family to visit this attraction.