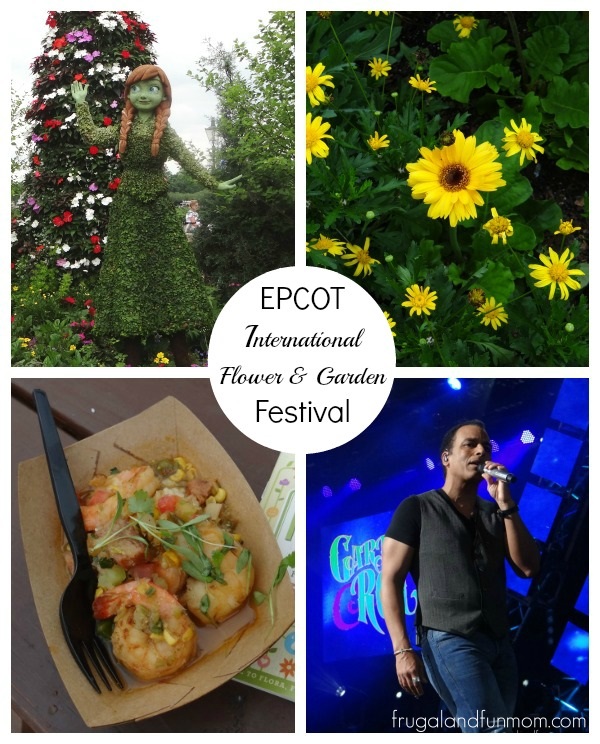 As part of the Monkey Kingdom Event, I was provided complimentary access to the EPCOT International Flower & Garden Festival. Let’s just say that this event is more than just foliage and opinions expressed are that of my own.

All around, there are amazing flower arrangements with displays in gardens, awesome character topiaries from popular Disney Animated Films, as well as eco-friendly environments attracting butterflies and migrating Purple Martins. 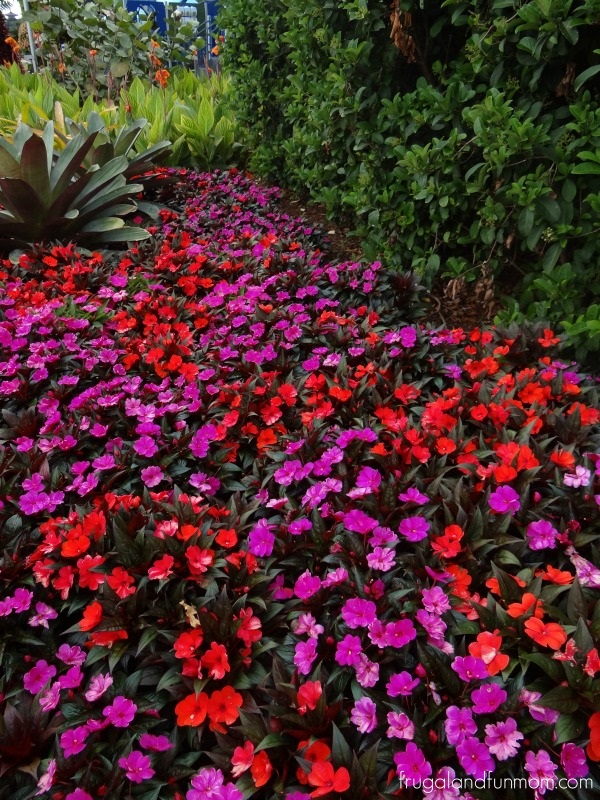 To attend this event, you do not need to be a home and garden enthusiast. There are plenty of regular EPCOT attractions to visit as well as the countries, delicious restaurants, and outdoor kitchens.

As you walk around the park, you might even see a concert with a famous performer. 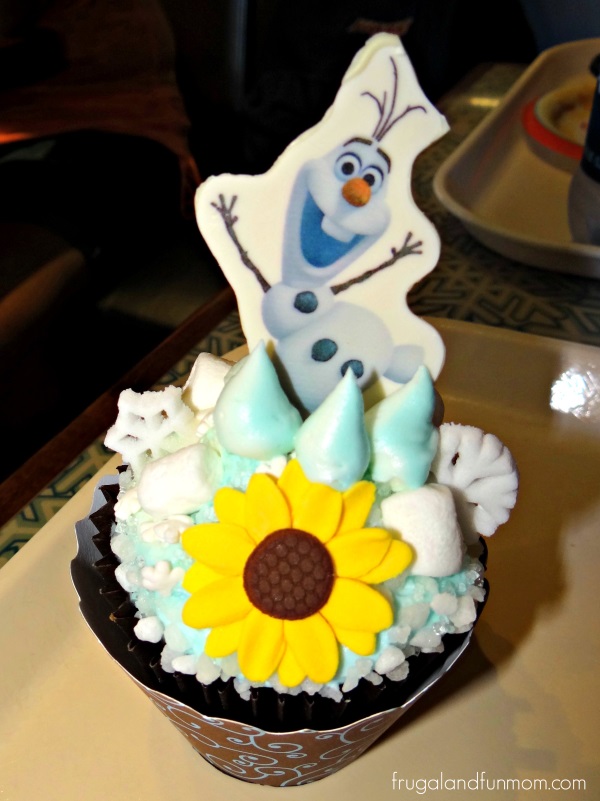 Before I even headed out to visit the flowers, I first had a flavorful lunch with Salmon, Potatoes, Green Beans, and a delicious Olaf Cupcake at Sunshine Seasons in Future World. I also took a ride on Soarin for the very first time.

Then as part of our blogger group, I received a tour from Claire Martin and Allyson Atkins on behalf of the Disney Conservation Fund. 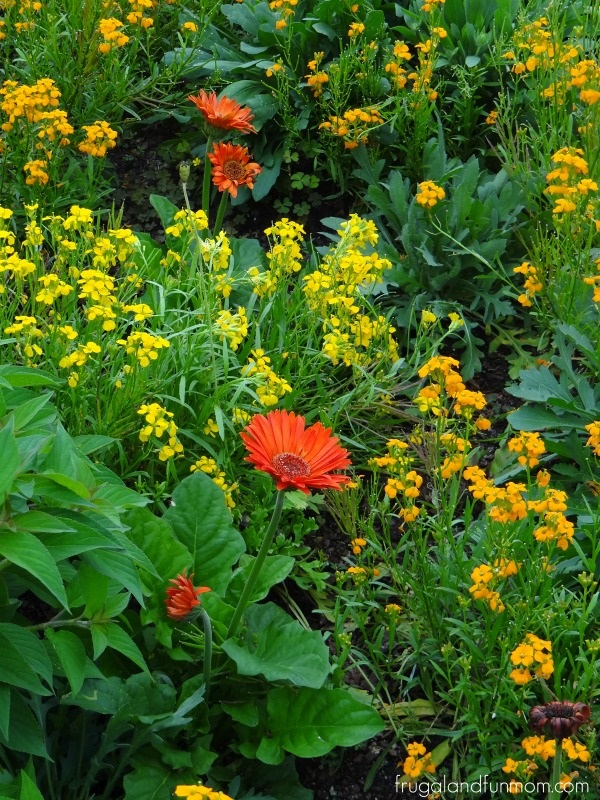 “When you get outside good things happen” – Allyson Atkins, Disney’s Animal Program.

The exhibits they showed us centered around the conservation efforts being setup in the park. Many of these are also national initiatives for kids like Butterfly Heroes, Nature Rocks, and Parks Build Community Program and Contest. You can also follow the hashtag #NatureInspires for more project ideas.

In addition to learning about the worthwhile programs supported by Disney Conservation Fund, we were brought over to check out the Disney Pixar Inside Out Emotion Garden. 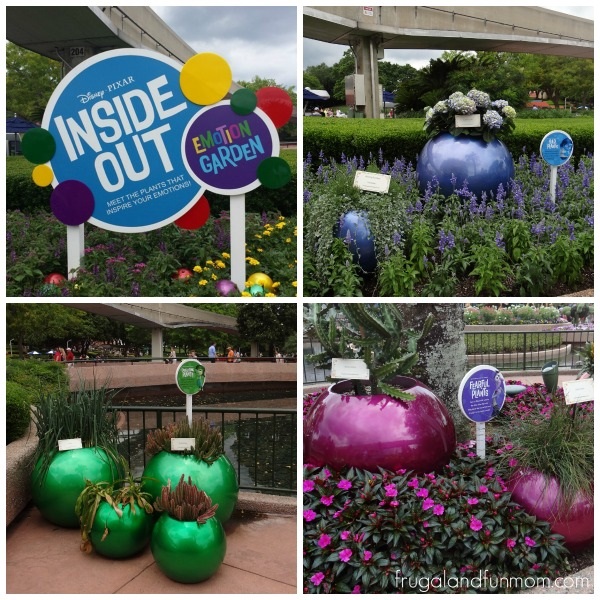 This area was filled with such vibrant colors in blues, greens, purples, and it was like a rainbow. Don’t forget, Inside Out is in theaters June 19th.

In the midst of all this we caught a bit of rain, so it was perfect timing to go inside a convention area.  There we saw spiders and other many legged creatures on display from Animal Kingdom. 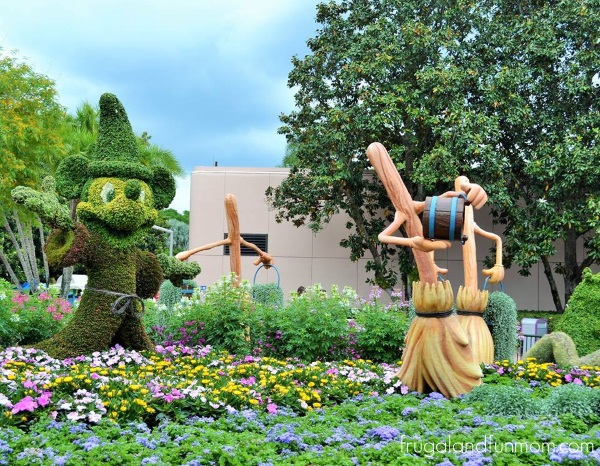 The storm cleared up pretty fast, and shortly thereafter we were back outside walking.

Next stop was to see a Sneak Peek of the new film TOMORROWLAND! More details will be to coming soon, but let’s just say this preview had me on the edge of my seat. For more information visit Sneak Peek of TOMORROWLAND at Disney Parks. 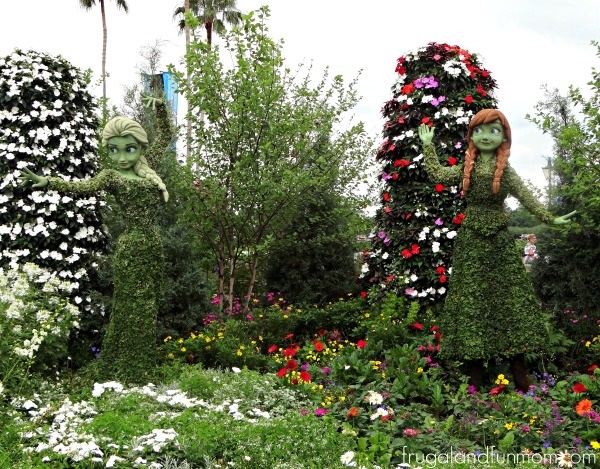 My friend Jennifer from My Boys and Their Toys shot an excellent photo of Mickey as the Sorcerer’s Apprentice in Fantasia. I also promised my daughter that I would snag a picture of Elsa and Anna. We LOVE Frozen and can’t wait to see the next film.

About this time I was starting to get hungry and thirsty, so a couple other ladies and myself made our way over to the Outdoor Kitchens in World Showcase. At each location, they have a special Garden Passport that you can have stamped as you sample the foods. I got a stamp when I tried a Pineapple Soft-Serve from the Pineapple Promenade, Vegetable spring rolls from Lotus House, and Shrimp and Stone Ground Grits from Florida Fresh.

All the food was amazing, and I had no leftovers. 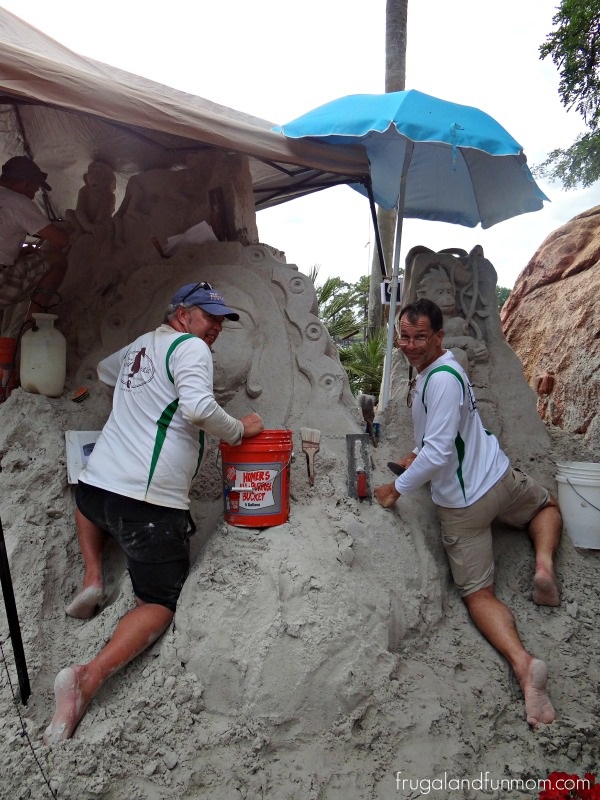 As we strolled along, we also came across the Disneynature Monkey Kingdom Sand Sculpture that is currently in progress. The gentlemen were steady at work and the cast members were handing out pins from the film with Free Monkey Kingdom Activity Sheets.

There is also a completed sand sculpture like this one at the entrance of Animal Kingdom. 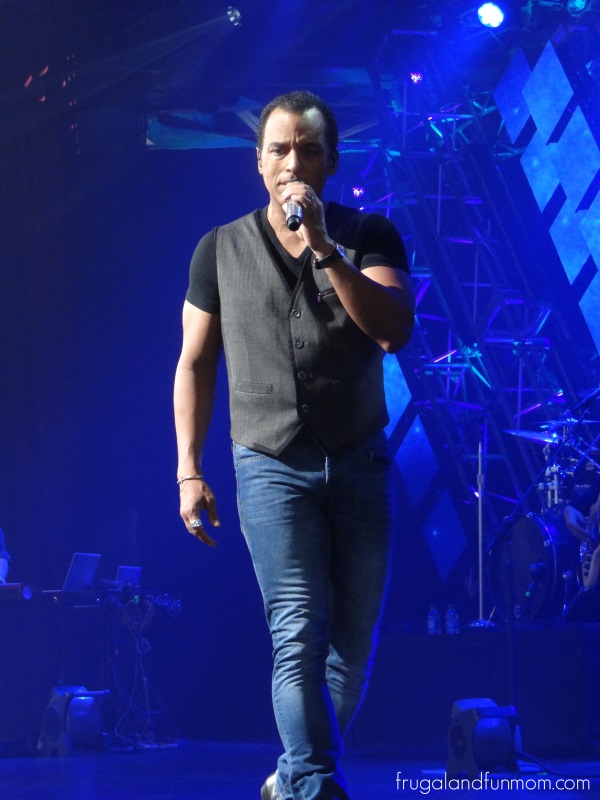 Of course my big surprise of the day was seeing Jon Secada in concert. I have been a fan of his ever since he made his way up the record charts in the early 90’s.

He even sang his popular hits “Just Another Day” and “Do You Believe In Us” and yes, I was singing along and dancing. 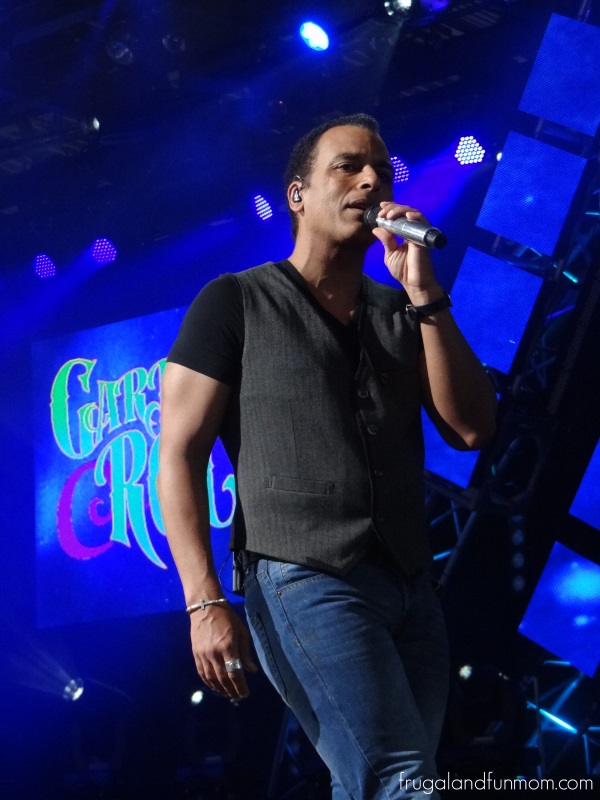 Finally I made my way over to Canada to sit, and concluded my day with a magnificent display of fireworks and a lighted globe as part of the IllumiNations Reflection of Earth Show. 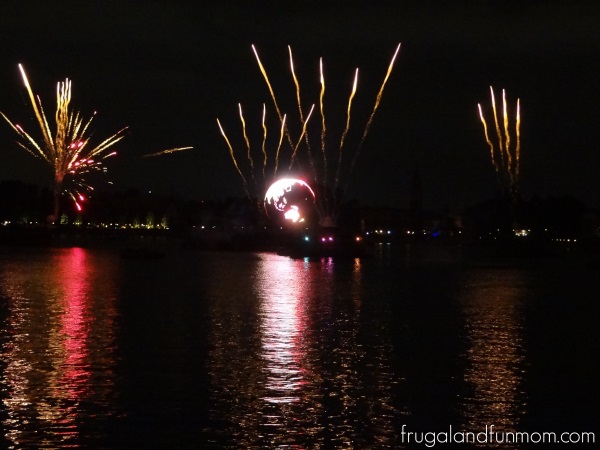