A special thank you to Disney Parks and MomSelect for selecting my family to host a Disney Side @ Home Celebrations party as well as providing an awesome goody box to get our Disney Princess Birthday started. 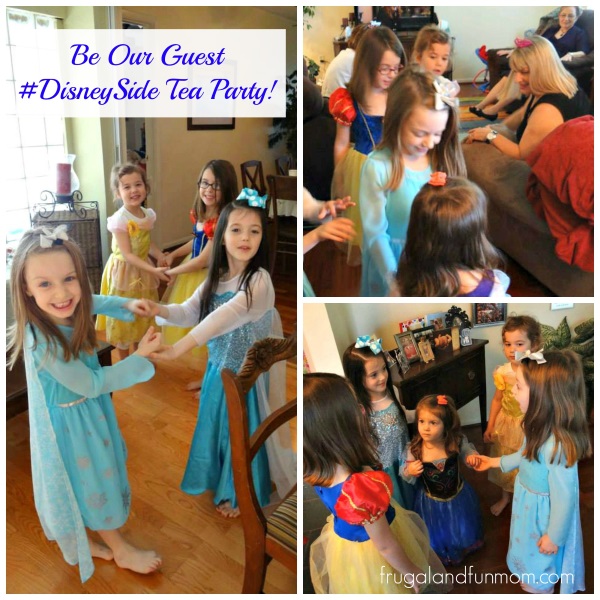 Back in early January, I had received notification that my family had been selected to host a Disney Side  @ Home Celebration Party.

Well shortly there after, I received a huge box in the mail filled with all sorts of goodies to get my party started. Check out the video below.

There were items to give away to party goers like a tote bag, photo stationery from HP, coupons from Beyond Meat, as well as a Disney Parks Luggage tags.

In addition, there were Mickey Plates and Cups, foods, items for the kids, plus goodies for Mom. 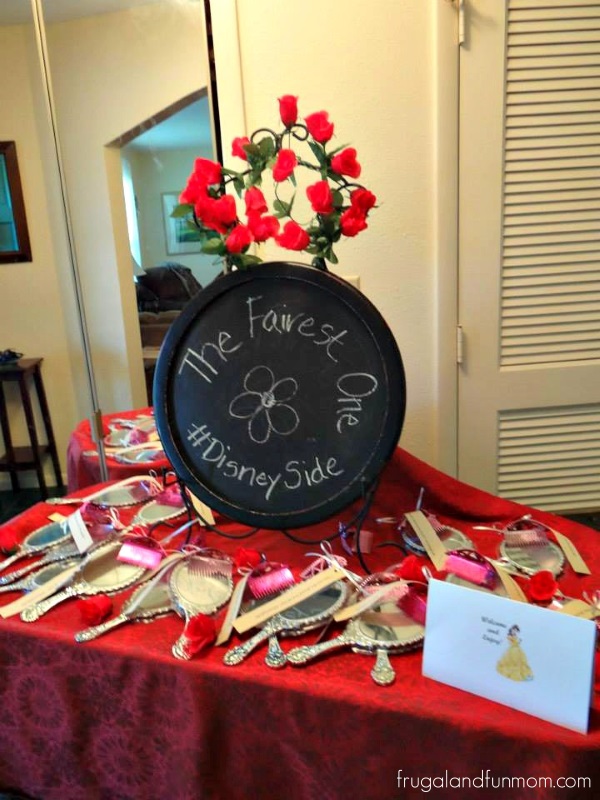 I had already been planning a belated tea party for my daughter’s birthday so I thought this would be a great opportunity to host a Disney themed one.

My daughter and I decided to call it a “Be Our Guest Disney Side Tea Party” and started brainstorming ideas for a Disney Princess Birthday. 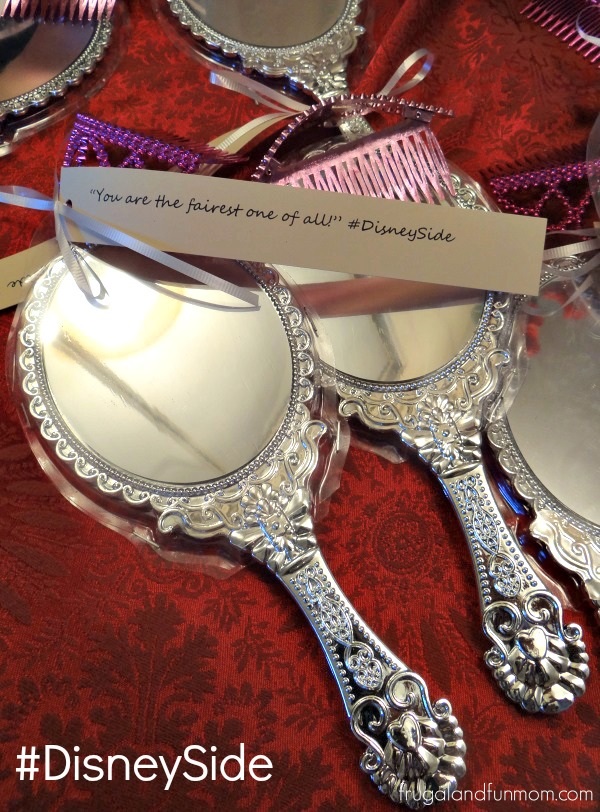 We wrote out a list of foods we wanted made by Disney Princesses and even created labels for them.

As a party favor, I put together special mirror sets (I found the mirrors at the Dollar Tree) with pink tiara crowns from Party City with printed slips of paper that said, “You are the fairest one of all“. 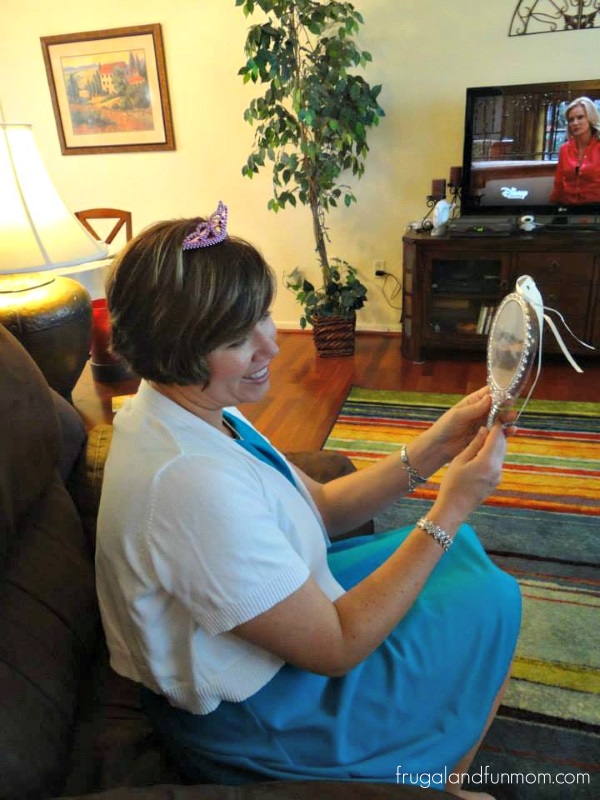 To make it a Disney Princess Birthday, I set the tables with actual teas cups, pots, and accessories, and since the name was based on “Beauty and the Beast”, I decorated the tables with artificial roses I also found at the Dollar Tree.

My mother in law also found a candelabra for one of the tables at a thrift store, and we used the Twinings Tea included in the Disney Side package as our beverage. 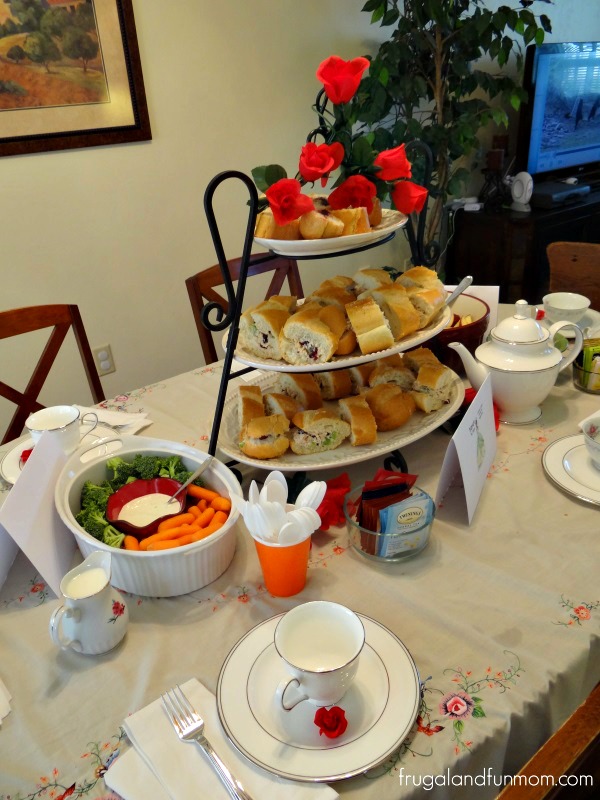 There were also Cinderella’s Carriage Snacks (Veggies and Ranch Dressing) and as a main entrée Tiana’s Po Boys (Chicken Salad on Baguettes). 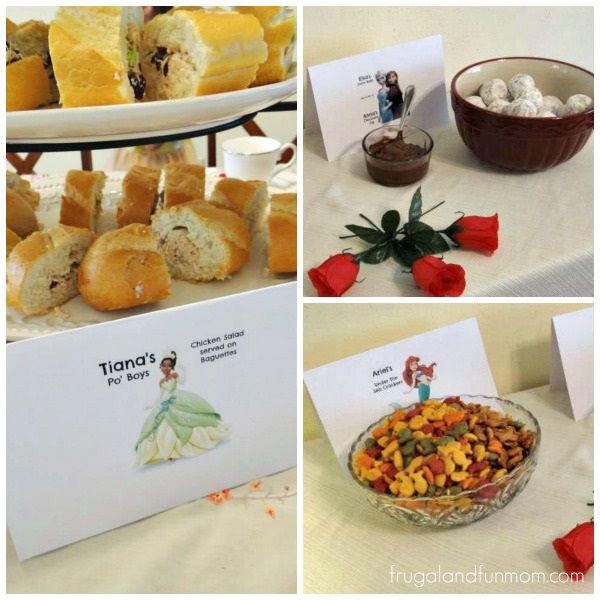 We invited family members to the party as well as a few Mommy Friends and their daughters.

Aunts, Grandmas, and a Cousin were in attendance, and as everyone entered the room they were greeted by their Fairy God Mother (Me) and the mirrors sets. I think the adults enjoyed putting on their crowns just as much as the little girls. 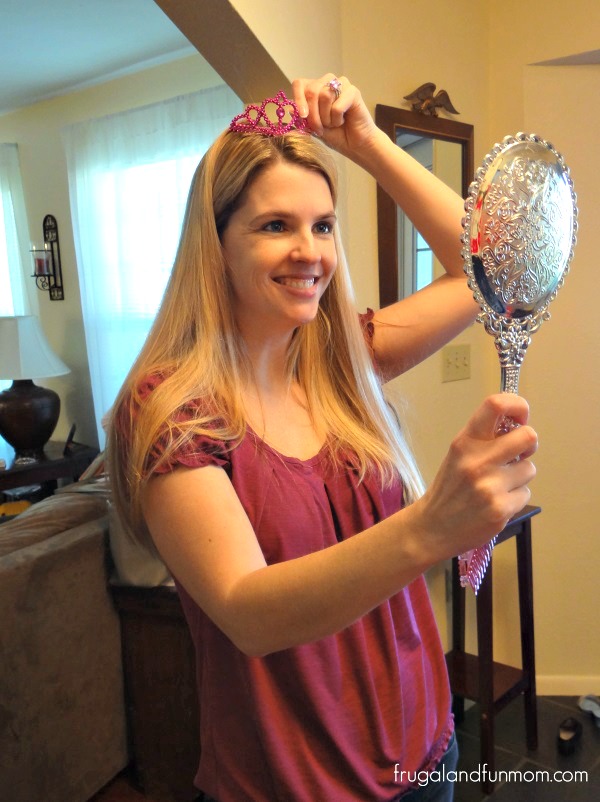 The food was good, the company was great, and everyone had a wonderful time visiting and spending time together.

The little princesses really enjoyed their time as they danced around, played, and made their own tea. They also liked filling up their plates like big girls. 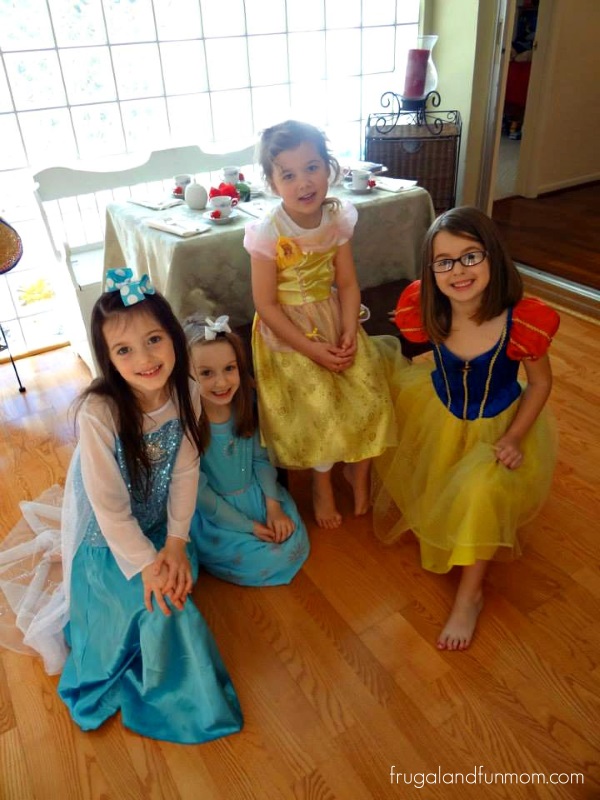 As mentioned previously, everyone received a goody bag to take home compliments of Disney Parks. They also took home a My Family Tree of Life Project and Disney Word Search so they could continue the #DisneySide fun at home.

I also added a princess candy bracelet, and each of the girls went home with Princess Fruit Snacks and Nail Polish. 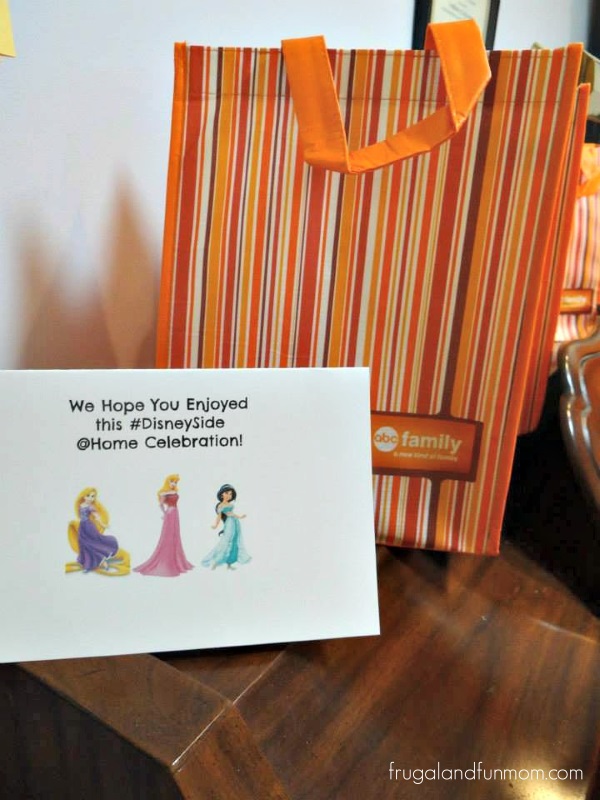 This was such a great experience with simple touches, and I also have plenty of items left over to use for a future party.

How do you show your Disney Side? Have you thrown a Disney Princess Birthday?

To learn more about Disney Side @ Home Celebrations and for more party ideas, visit disneysidecelebrations.com.