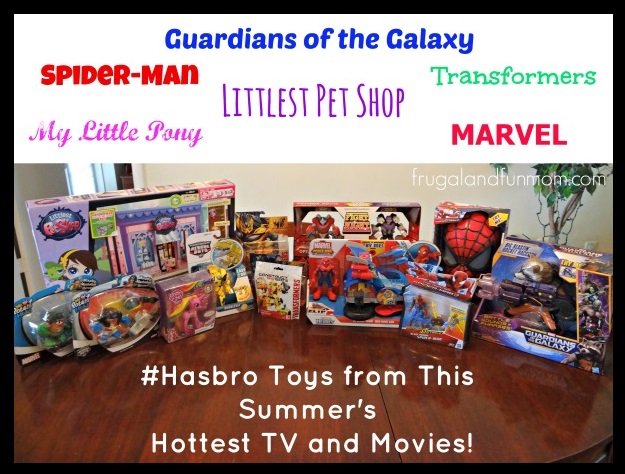 As a mother of 3 with plenty of nieces and nephews, I have figured out that it is never to early to start shopping for birthdays and for upcoming holidays like Christmas 2014.

Thanks to Hasbro, I was provided samples of toys for boys and girls that represent this summer’s hottest TV and Movies . Of course the best part is my family got to play with them, and all opinions expressed in this post are that of my own. 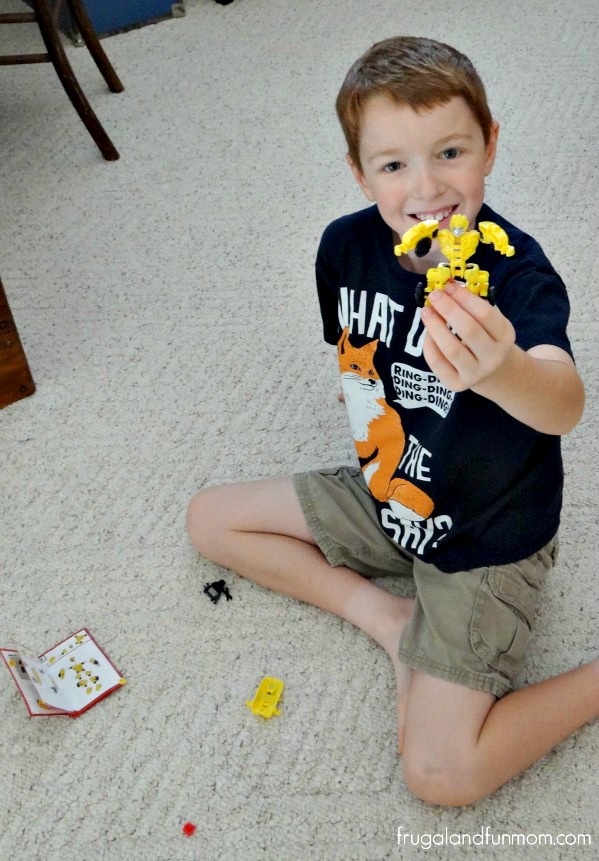 Is your child really into Transformers? My son is, and he has been enjoying his new action figures that make transforming easier.

My 8-year-old built one of the TRANSFORMERS: AGE OF EXTINCTION CONSTRUCT-BOTS DINOBOT RIDERS from start to finish. These customizable parts work across all CONSTRUCT-BOTS sets and can ride on a CONSTRUCT-BOTS DINOBOTS figure (sold separately)! You can choose from OPTIMUS PRIME, BUMBLEBEE, AUTOBOT DRIFT, plus more. Intended for Ages 6 & up and they approximately retail for $5.99. Another cool Transformer he has been playing with is the Bumblebee TRANSFORMERS: AGE OF EXTINCTION POWER BATTLERS.

These feature cool characters from the TRANSFORMERS: AGE OF EXTINCTION film, and with a simple squeeze of the leg or twist of the torso, each figure unleashes its own signature attack.

Each toy also converts from robot mode to alternate mode in less than ten steps. Choose from characters like BUMBLEBEE, HOUND, CROSSHAIRS and more. There are 15 figures to collect and they are intended for ages 6 & up.  They approximately retail for $12.99 each.

It is a Brother vs Sister game with the TRANSFORMERS BATTLE MASTERS 2 PACK.

Each picked a side, either OPTIMUS PRIME or MEGATRON, and who every pops up the other’s head first, WINS!  This toy is intended for Age 5 & up and approximately retails for $24.99. 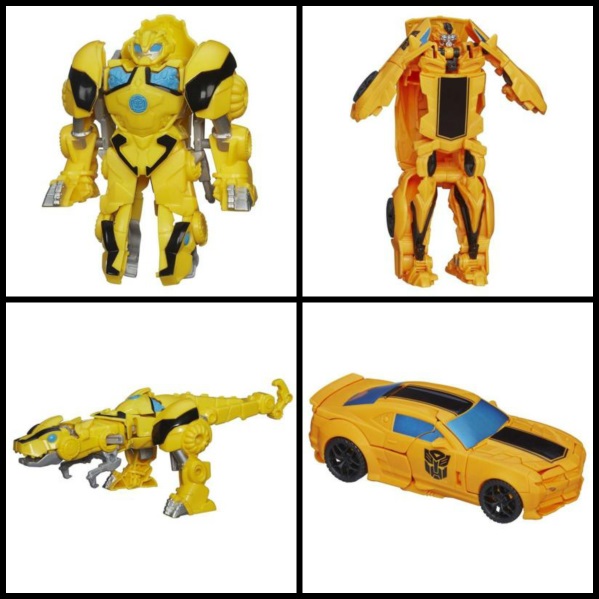 There are 18 figures to collect, and they approximately retail for $9.99.

OK, I have admit that my kids were begging me to get this guy out of the box!

MARVEL’S GUARDIANS OF THE GALAXY BIG BLASTIN’ ROCKET RACCOON Electronic Action Figure comes to life in toy form and has his signature weapon spins and lights up at the press of a button. He moves, lights up, has a voice, and makes plenty of sounds! 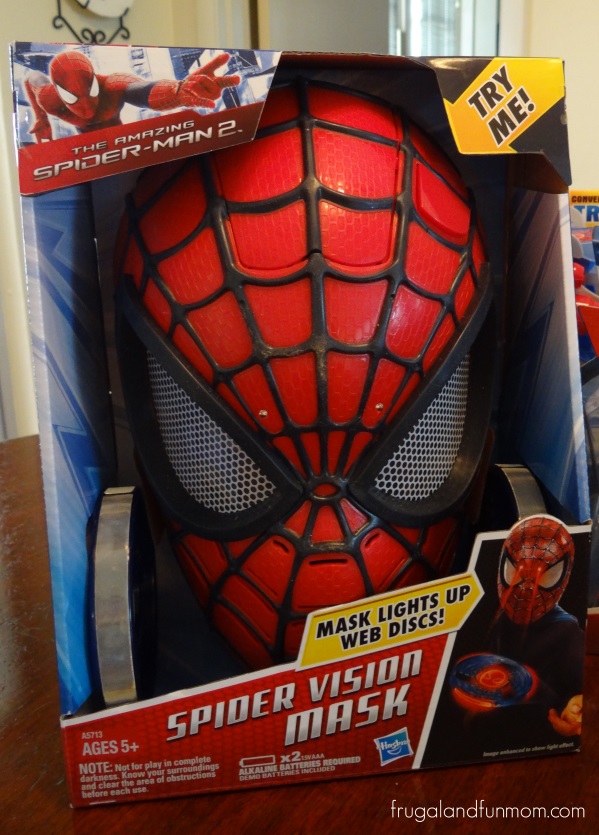 Have a child that is a fan of Spider-Man? Then you will want to check out the THE AMAZING SPIDER-MAN 2 SPIDER VISION Electronic Mask.

This innovation in technology allows kids to pretend to have SPIDEY SENSES to spot villains using Mircoprism FIRE VISION. It includes two discs which illuminate once activated by the SPIDER VISION Mask.  Intended for children Ages 5 & up, it approximately retails for $19.99. 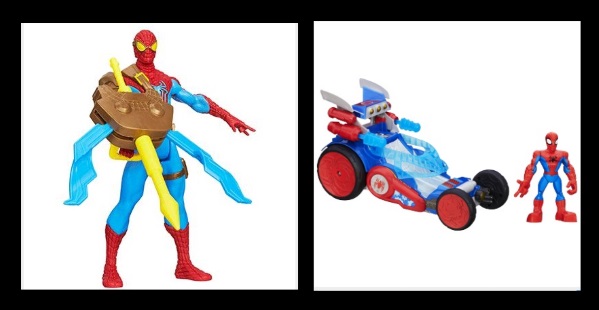 Other Super Hero toys to keep an eye out for are the THE AMAZING SPIDER-MAN 2 SPIDER STRIKE 3.75-Inch Action Figures and Playskool SPIDER-MAN ADVENTURES WEB WING CAR Toy . 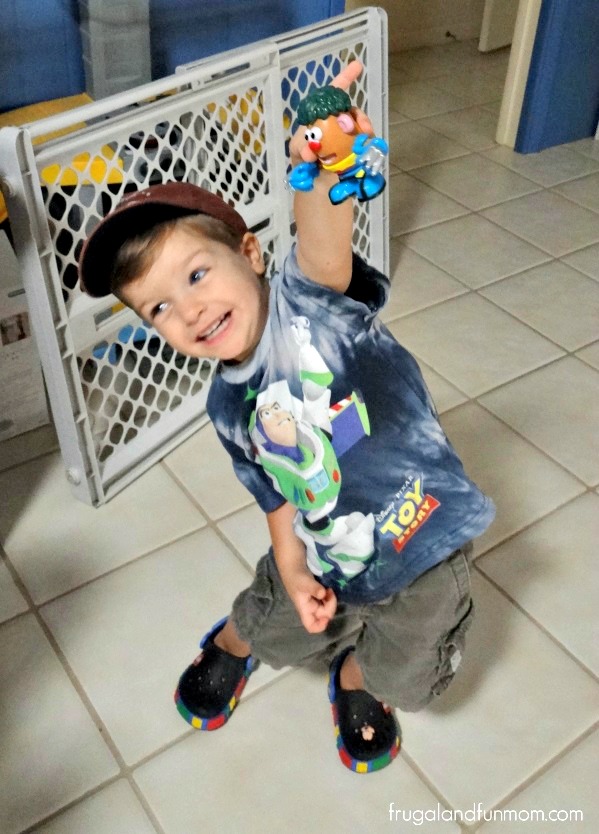 My little guy was immediately drawn to the Playskool MARVEL MIXABLE, MASHABLE HEROES FIGURE 2-PACK ASSORTMENT.  These are actually Mr. Potato Heads that can be transformed into various super heroes and actions figures.

We had a Marvel HULK to WOLVERINE and Transformers version called STARSCREAM ROBOT AND JET. Lets just say that his spuds are wearing a little bit of everything at this point.

These are intended for ages 2 and up and approximately retail for $6.99.

As you can tell by the video, my 5-year-old daughter had a difficult time hiding her enthusiasm for the Littlest Pet Shop and My Little Pony toys. 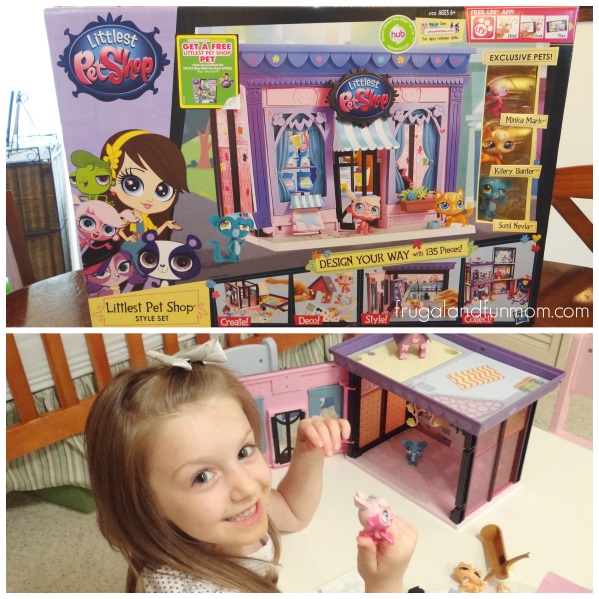 Of course she was very excited about this LITTLEST PET SHOP Style Set. We already watch the show, so now she can bring it to life at home.

This structure looks just like the shop and includes 135 pieces with wall panels, accessories, reversible scene backdrop, stickers and Deco Bits. It comes with three exclusive pets, including MINKA MARK monkey, SUNIL NEVLA mongoose, and KITTERY BANTER cat. It can also be stacked with other LITTLEST PET SHOP style sets from Downtown City .

This toy is intended for Ages 6 years & up and approximately retails for $39.99. 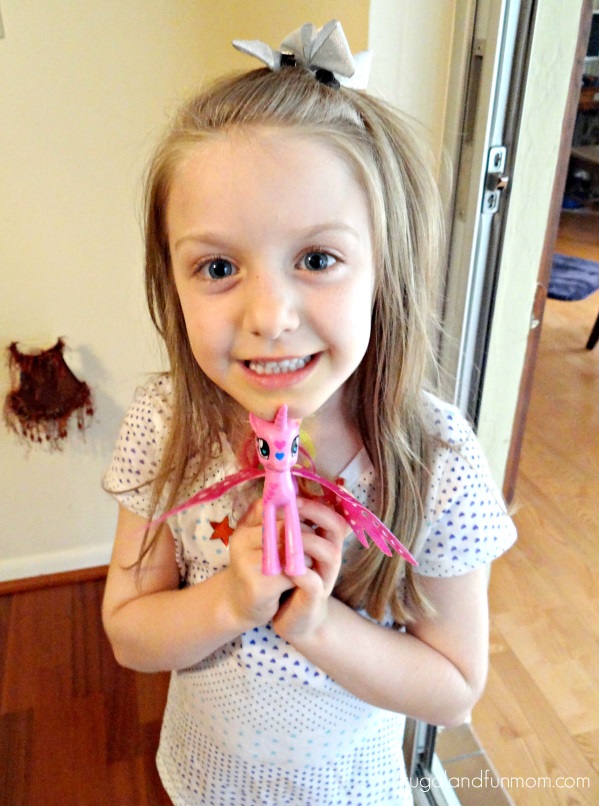 We also love My Little Pony, and here my daughter is playing with the FANTASTIC FLUTTERS PRINCESS CADANCE.

These dolls have glimmering wings, rainbow accents, and colorful, cascading manes. They are intended for Ages 3 years & up and approximately retail for $8.99.

Have you started shopping for upcoming birthdays or this year’s holiday season? Which of these toys would be a great fit for your family?

To purchase the toys mentioned in this post, look online at HasbroToyShop.com or at most major toy retailers nationwide.

Needless to say my kiddos have been very busy playing!