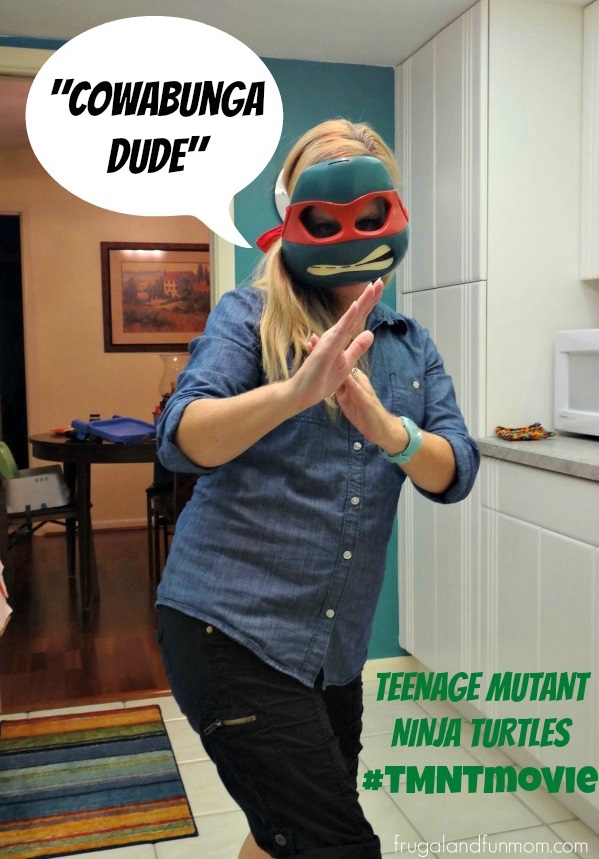 Being a kid who was raised in the 80’s and 90’s, I know all about the Teenage Mutant Ninja Turtles.  I used to watch the cartoons after school as a preteen, and I think my little sisters even had a couple of the toys. Actually as I am writing this post, the original theme song is playing inside my head…“Turtle Power!”

Leonardo, Donatello, Raphael, and Michelangelo are heading to the BIG Screen, and through a sponsored post opportunity, I am helping Paramount Pictures spread the word about TEENAGE MUTANT NINJA TURTLES. 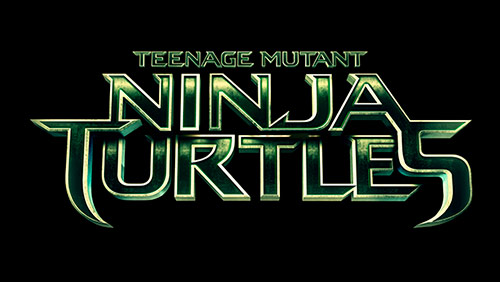 In recent years, these Martial Art Turtles have made a come back on Nickelodeon and the show’s popularity has soared.  These teen mutants have gotten an upgrade in look and their theme song now even has a hip hop beat.

I have seen their “Hashtag” floating around on Social Media A LOT, and I think it is due to the parents liking the show just as much as the kids. I mean DUDE, parents like comedy, karate action, and PIZZA! 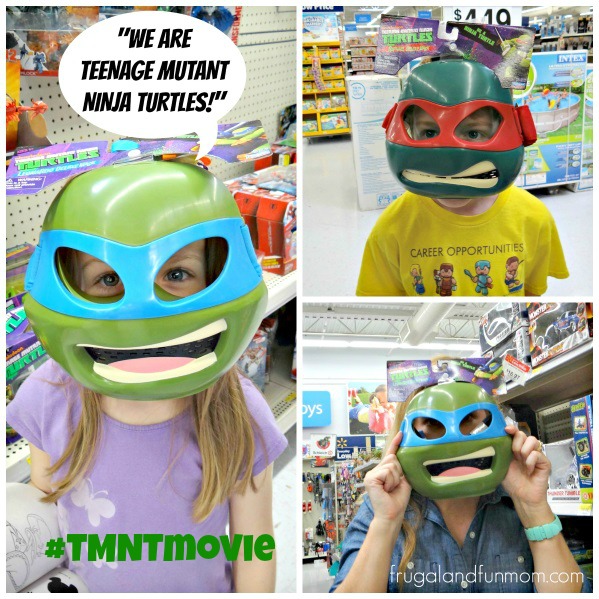 My son is just getting old enough to watch the new version of the show, and we have had fun checking out the merchandise. We found coloring books and plenty of action figures.

Of course we had to try on the masks, and I managed to get talked into to buying one. Luckily for my son I was feeling sentimental and didn’t need too much convincing.

Want to also become a Turtle?  You can do it virtually at TMNT Yourself.

Based on the original series, the Turtles team up with reporter April O’Neil (Megan Fox) to fight the evil Shredder and his evil Foot Clan. Through martial arts, skate boarding skills, and pizza fueled WIT, these reptile brothers save the city.

Are you a TEENAGE MUTANT NINJA TURTLE fan? Who is your favorite Turtle?

The film is rated PG 13 and directed by Jonathon Liebesman along with being produced by Michael Bay (of course it is action packed). It also includes cast members Will Arnett, William Fichtner, K. Todd Freeman, Danny Woodburn, Noel Fisher, Jeremy Howard, Pete Ploszek, Alan Ritchson, Minae Noji, and I even saw Whoopi Goldberg in the previews.

Visit teenagemutantninjaturtlesmovie.com for more movie information. You can also check out trailers and updates at facebook.com/TMNT, Twitter at @TMNTMovie, and tmntmovie.tumblr.com.

“This blog post is part of a paid SocialMoms and Paramount Pictures blogging program. The opinions and ideas expressed here are my own.”