I was provided complimentary tickets to Christmas Town at Busch Gardens Tampa Bay to facilitate this post. Opinions expressed are that of my own. 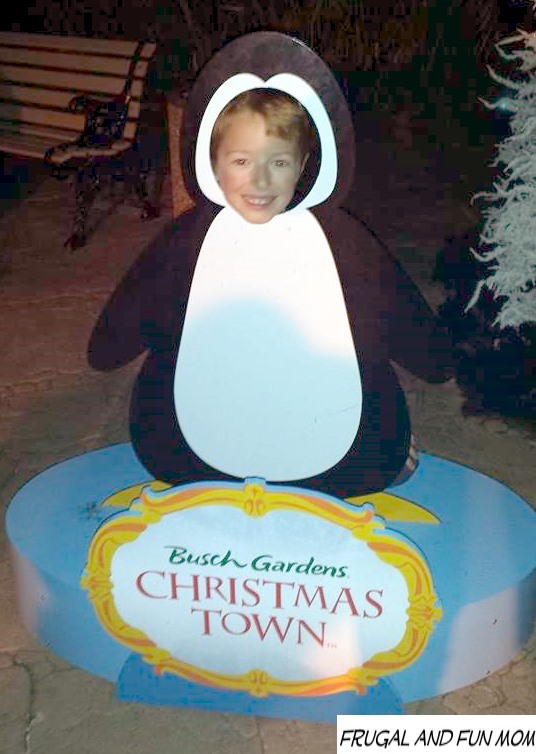 If we weren’t ready for the Holidays before, this trip definitely got us into the Spirit!

This past Sunday, my family went on an adventure to Christmas Town Busch Gardens in Tampa Bay, Florida. This was such a fun event for the entire family, and seeing the kids smile as much as they did, was absolutely PRICELESS! 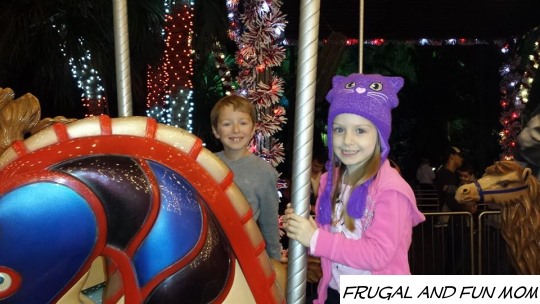 As we walked into the park, there were lights everywhere and we were instantly transported into a world of Christmas wonder. Once we took it all in, we turned and headed off into the direction of Penguin Point.

There, the kids had fun posing as penguins and also saw real live ones. There were also lighted animals along with the parks actual animals moving around in the background. 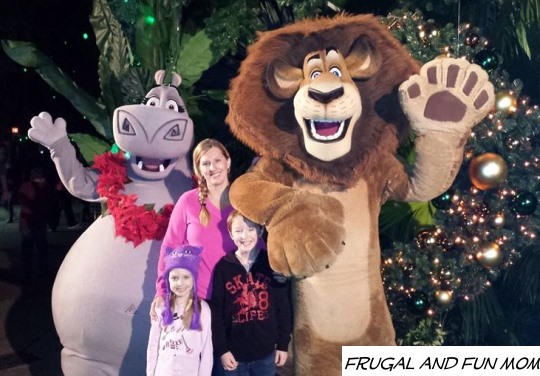 After this, we went straight over to Timbuktu and rode the carousel. As we explored the park, we saw the characters from Madagascar Live! Operation: Christmas Vacation and grabbed a photo opportunity. My daughter was so excited to meet Alex and Gloria.

We also had a photo opportunity later with a real live “Snowman”. 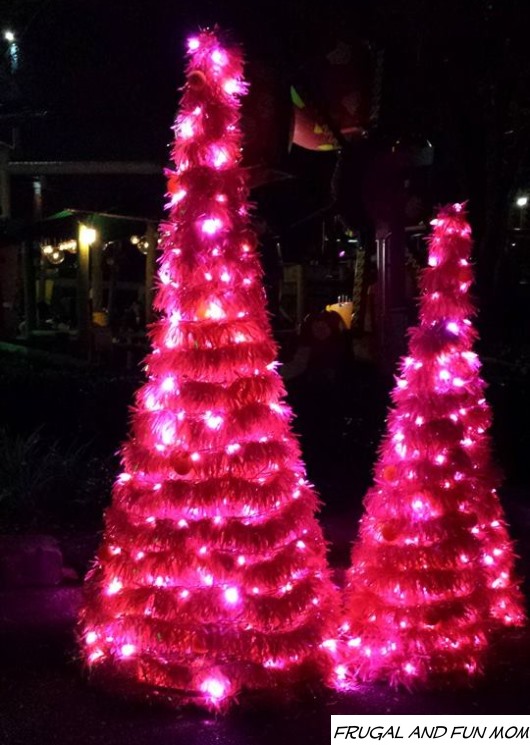 For this event select rides are open, so in the background we could hear the roller coasters. My son and I actually took a couple of rides on the SandSerpent in Timbuktu and my husband took the kids on the bumper cars. 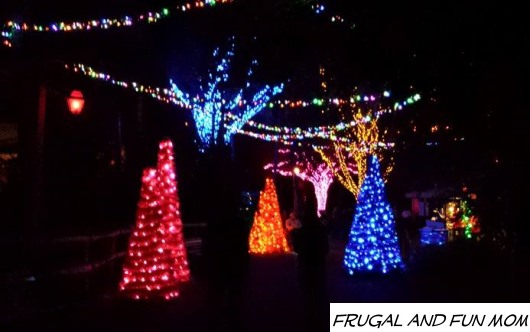 For the most part though, we just wandered around looking at all the light displays. As we walked through Sesame Street Safari of Fun, there we could hear the show Elmo’s Christmas Wish going on with Elmo and Friends. 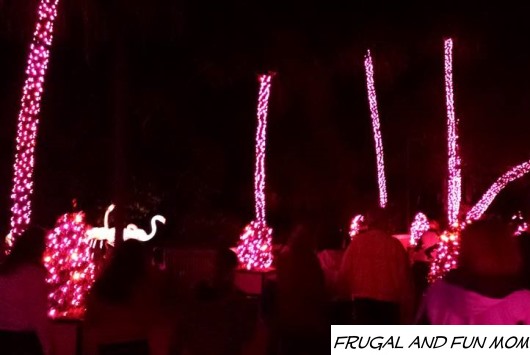 If you have ever been to Busch Gardens in the past, you know that they have an enclosure for Flamingos. This area was made pink with lighted pink Flamingos. It was really neat.

There were so many light displays around at Christmas Town, I don’t think the photos I took did them justice.  Take my word for it though, they are beautiful. 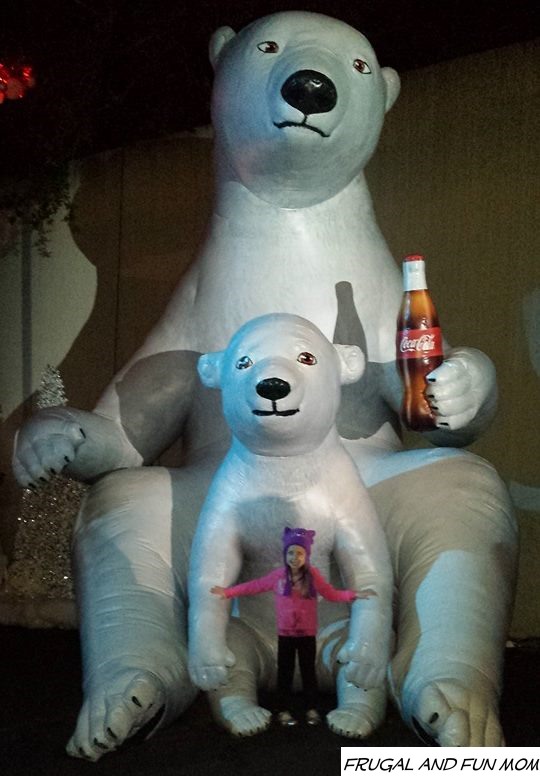 Of course, the main event was entering SnowWorld Presented by Coca-Cola. This was really all that my kids talked about seeing all night. “We want to see SNOW!”. This is why we saved this part for last.

Hunger was overtaking us at this point as well, so while in SnowWorld, we checked out the food. Our choice was the Belgium Waffles. We actually got 2, one with apples and ice cream, and another with blueberries and whip cream.  They were yummy! 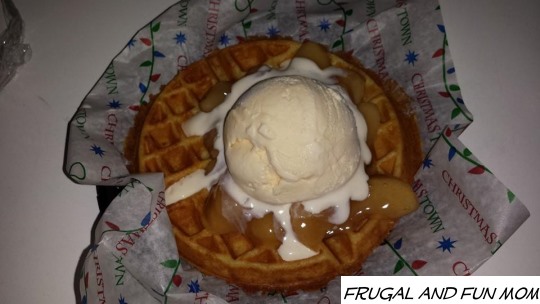 My kids have never seen real snow before, so their facial expressions were adorable.  They kept walking around, picking it up, sliding around, and directing HUGE smiles towards my husband and me. It was tough getting a picture because they would not stay still.

After this, we rode the on an ice slide with inter tubes. It was fast and FUN! 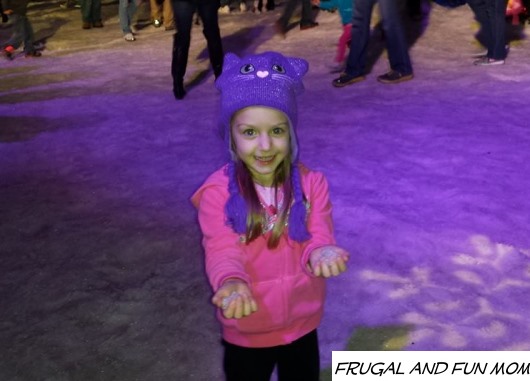 It was hard to drag them away from the snow, but we wound down our evening by taking a train ride and singing Christmas Carols in Penguin Point.

Have you ever been to a Busch Gardens Christmas Town event?  Are you planning on attending this year? 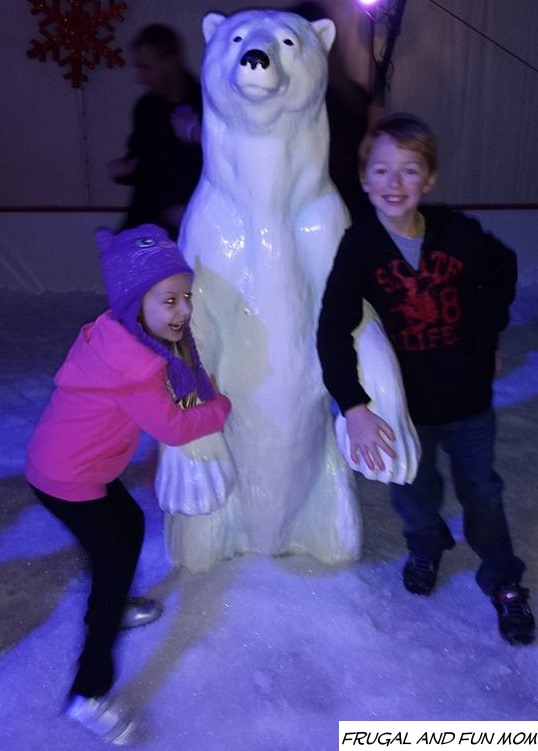 There was A LOT to do at Christmas Town, and we probably did just as much as we missed.  We had planned on trying to see Santa first, but the kids wanted to find snow, so we were going to come back later. As we swung back around, there was still a line at 11pm. My suggestion is get there early, and see Santa first. The kids didn’t mind though, they had so much fun and were totally exhausted.

Hope you enjoy the event as much as we did, and Happy Holidays!