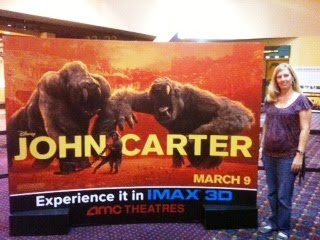 Thanks to Walt Disney Studios, I was given an opportunity to see an advanced screening of the movie John Carter.  I have to admit, that I really liked this movie.

Now keep in mind, I am not a follower of this book series that was written by Edgar Rice Burroughs also known for Tarzan, but I do not feel like that put me at a disadvantage for viewing the film. If anything, I am now interested in seeking out the book series, because the movie was so good. 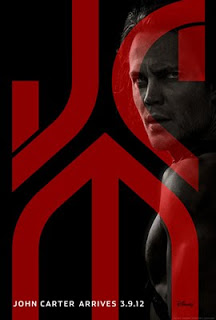 The movie begins on Earth in the 1800’s, and suspense surrounds the character John Carter (Taylor Kitsch) and what has happened to him. As he narrates the story via his private journal, the action starts as the viewer is thrust into the events that lead John to his adventure on Barsoom A.K.A. Mars.

On Barsoom, the film introduces the character Tars Tarkas (Willem Dafoe) a green alien inhabitant who is leader of the Tharks.  John displays an amazing strength and jumping ability on this planet, and Tar Tarkas sees him as a weapon for his Tribe. Later the film introduces Princess Dejah Thoris (Lynn Collins) heir to the city of Helium. She sees John as her kingdom’s savior. 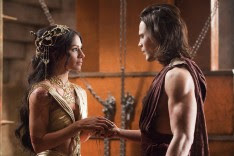 Once John Carter becomes reluctantly aligned with these two individuals, he starts making enemy’s fast. He is immediately pitted against the antagonists of the story,  Sab Than, King of the Jeddak an enemy of Helium intent on taking it over, and Matia Shang Ruler of the Therns intent on causing a rift between the planet’s inhabitants. These conflicts force John to act, which in turn make him the Hero of Barsoom.

John Carter’s character presents himself as a self serving uncaring individual, but as the story progresses, you see his humanity shine through whenever he is confronted with a victim. There are moments of humor between John and the inhabitants of Earth and Barsoom. These comedic moments also include a lovable dog/ lizard like character named Woola. The movie is rated PG-13, and I think this is due to the fact that it contains gun battles, CGI alien violence and a flashback to the remains of John Carter’s murdered family. However, I do not think it was offensive or over the top in any way.
Check out the following 10 Minute Exclusive Scene.

If you are not a fan of Sci-Fi, but like suspense, action, humor, or even romance, this film fulfills all of those requirements and will leave you with wanting the story to continue on. If it is any indication of how good this movie is, the audience I was in attendance with clapped at the conclusion of the film.  I look forward to taking my husband to see the film as well.
For more information on the movie visit disney.com/johncarter or on
Facebook at http://www.facebook.com/JohnCarterMovie.


The movie is out in theatres everywhere today 3/9/2012.
At Home Moma
Free Tickets and information provided by Walt Disney Studios.Opinions expressed in this review are that of my own.