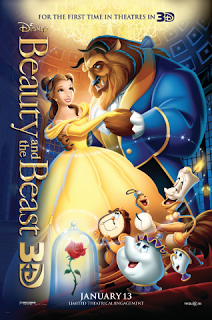 Beauty and The Beast Returns to Theatres for the First Time in 3D on January 13, 2012.


I am really excited about this because my daughter is a huge fan of Belle and even dressed up as Belle for Halloween. I actually saw this movie when it originally came out in Theatres back in the 1990s, so I am glad that I can share this experience with my daughter. 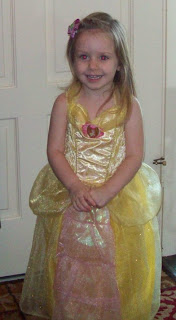 Just a little Trivia about the Film:


– It was nominated for six Academy Awards, winning Oscars for Best Song, by the renowned Alan Menken and Howard Ashman, and Best Original Score (Menken).


– “Beauty and the Beast” was the first animated feature to cross the $100 million plateau in its initial release.


– Alan Menken has been nominated by the Academy of Motion Picture Arts and Sciences 15 times with seven wins.  Prior to his death in 1991, Howard Ashman received six Oscar nominations with two wins.


– Three years after the film’s debut, “Beauty and the Beast” hit Broadway. The musical opened at the Palace Theatre and ran in New York for 5,464 performances between 1994 and 2007, becoming the eighth-longest running production. It has played in 13 countries and 115 cities and continues to enchant audiences worldwide.

If you have not had a chance to check out the trailer yet, here it is.


For more information on the movie visit Beauty and the Beast on Facebook facebook.com/DisneyBeautyAndTheBeast or online at disneydvd.disney.go.com/beauty-and-the-beast.html.


Information in this post was provided by Walt Disney Pictures.