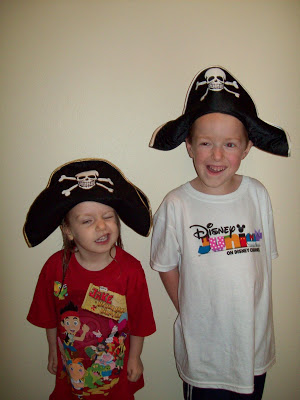 Arrrr!
I don’t know about your kids, but mine are huge fans of the Disney Channel and when I was asked to announce the upcoming launch of the brand NEW 24-hour Disney Junior Channel, I was really excited!

And speaking of my kids being huge fans, Jake and the Never Land Pirates Holiday Episode will premier Friday December 2, 2011 at 8:30-9:00am ET/PT. My kids and I got a chance to see an advanced showing of the episode titled “It’s A Winter Never Land” and it was a great episode that left us all in the holiday spirit.
In this episode, Jake and his pals Izzy and Cubby get to have a Winter Treasure day with gifts from Peter Pan and celebrate with Hook and his crew plus, they get invited to a Winter Treasure Hunt.