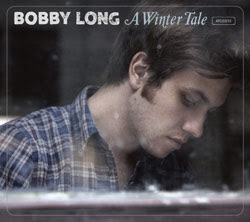 I was sent a Music CD to review by an artist named Bobby Long. The title of the CD is A Winter Tale. If you like the music and voice of Dave Matthews or John Mayer, then you will want to check this singer/ songwriter out.

His sound is folksy, but with a good beat. He writes all his songs, and based on the song titles and lyrics, it is as if his inspiration is from the pain of a broken heart.

Bobby Long didn’t even start to play guitar until he was 17. Born in Wigan near Manchester in Northern England, Bobby Long grew up from age four in a small town in Wessex “Thomas Hardy” country. At 18, he moved to London to attend university, graduating with a degree in sound and media for film. He quickly established himself on the local open mic circuit, finding his voice and beginning to develop songs characterized by catchy melodies paired with elusive, imaginative lyrics. In London he met a circle of fellow musicians, among them Marcus Foster, with whom he wrote a song called “Let Me Sign,” and soon-to-be megastar Robert Pattinson, who would sing it in the 2008 blockbuster film Twilight. 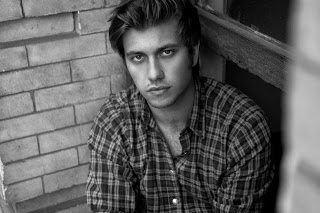 The Boston Herald praised his “likeable, rough-hewn voice” and “catchy way with a chorus,” while Pollstar reported that he “continues to amaze audiences with a bare-bones sound reminiscent of early Bob Dylan.” Radio, too, has done its part, beginning when WXPN in Philadelphia added “Who Have You Been Loving” from Dirty Pond Songs to its playlist and invited him to perform live in their studios. His 2010 tour schedule kicked off in March with a live WXPN Free at Noon session, which was broadcast nationally on NPR’s World Café Live while he was still unsigned.

To learn more about Bobbie Long, check out his website bobbylong.info

A WINTER TALE merges band power with acoustic rawness, featuring Nona Hendryx (LaBelle) on backing vocals on “Penance Fire Blues,” B. J. Cole (Elton John, Sting) on pedal steel, Icelandic singer Lay Low on several tracks, and other top-drawer musicians. And by way of continued extensive touring in North America, he will be bringing A WINTER TALE and what has been called his “tapestry of tales” to the ever-growing audiences seduced by his compelling voice, musicianship and charm. Source of informatoin Press Release

Songs on the CD include:

Looking for this CD? Check out Amazon.com.

Disclosure: At Home Moma did not receive compensation for this review, but was provided a CD from ATO Records as part of the Music Moms program. The opinions expressed in this review are that of my own.