The following post and giveaway is in partnership with Warner Bros. Pictures SMALLFOOT. 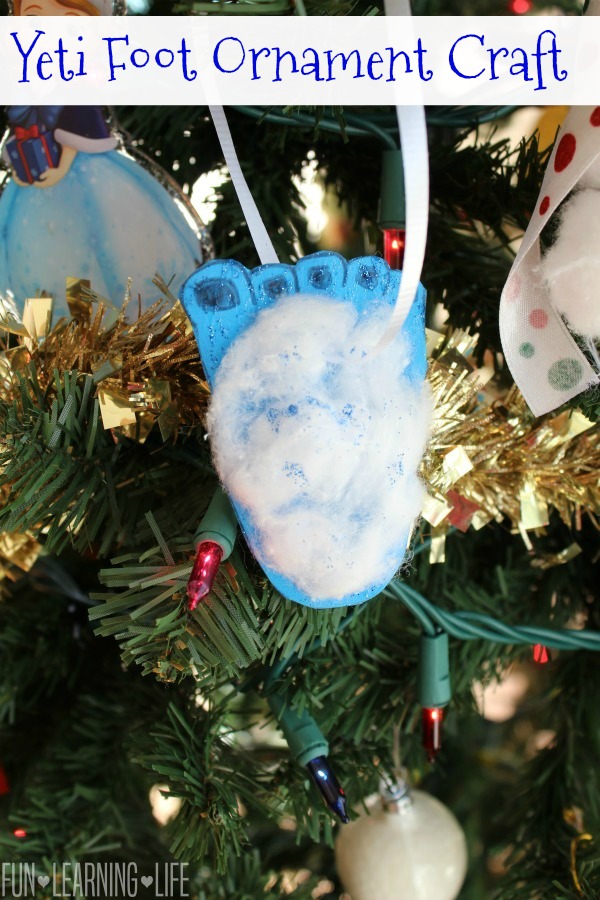 SMALLFOOT THE MOVIE is out on Blu-ray Combo Pack December 11 and to celebrate I created an easy Yeti Foot Ornament Craft just in time for the holidays! 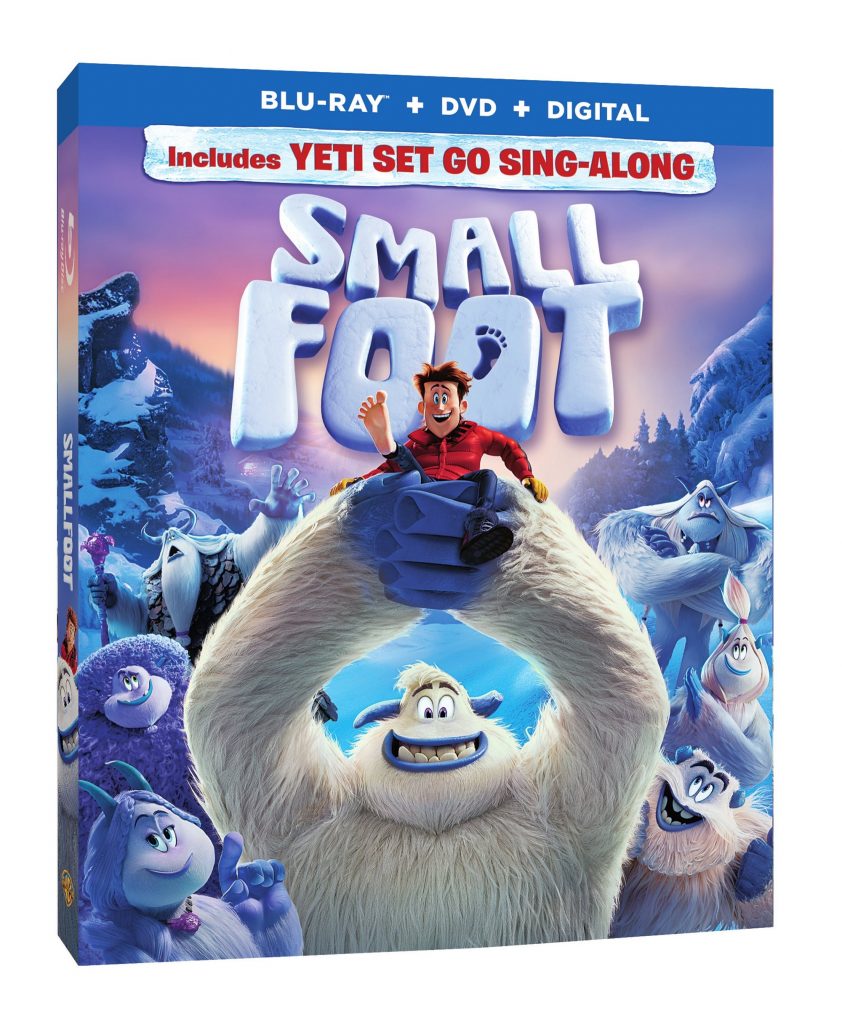 My kiddos loved this film when we saw it at the theatre and between the story line, the cute characters, and the awesome music, it is a movie that is great for the entire family. Now if you are just as enthusiastic as we are for SMALLFOOT THE MOVIE and would like to create this craft with your own family, you will need the following: 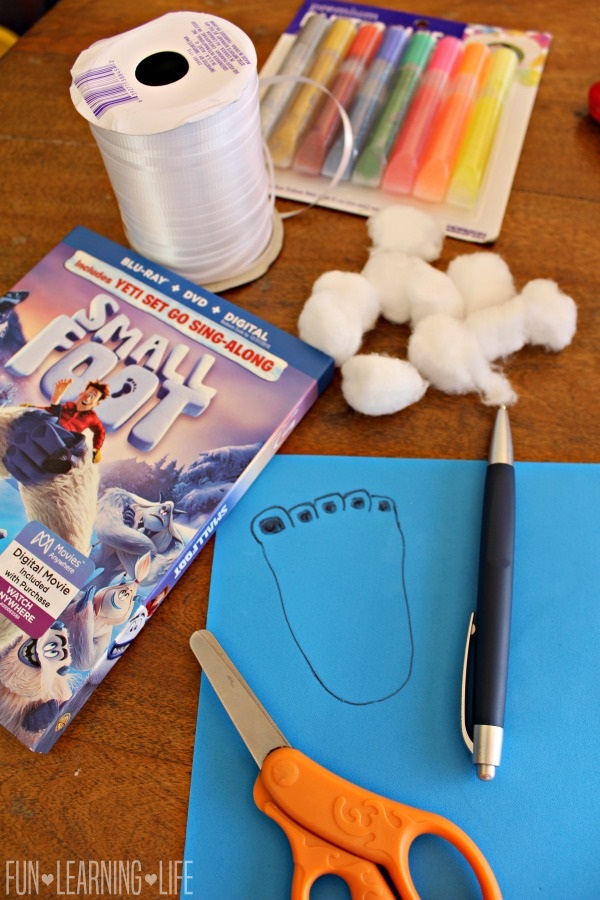 To get started, first draw a Yeti foot on the blue foam with a pen.

Then cut this out and draw the foot on the other side as well. 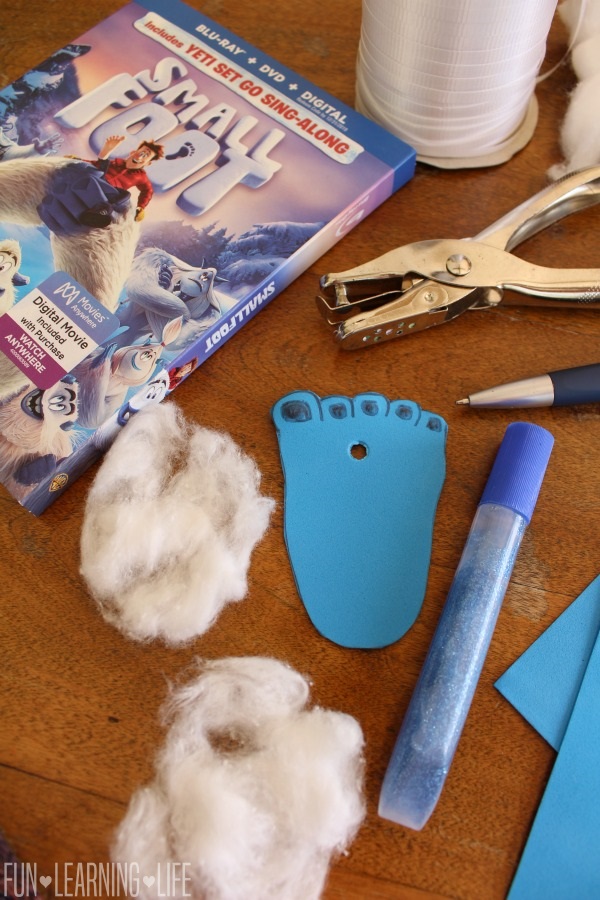 Next, use the hole punch on the foot and tie a piece of ribbon through it so it can be hung up. 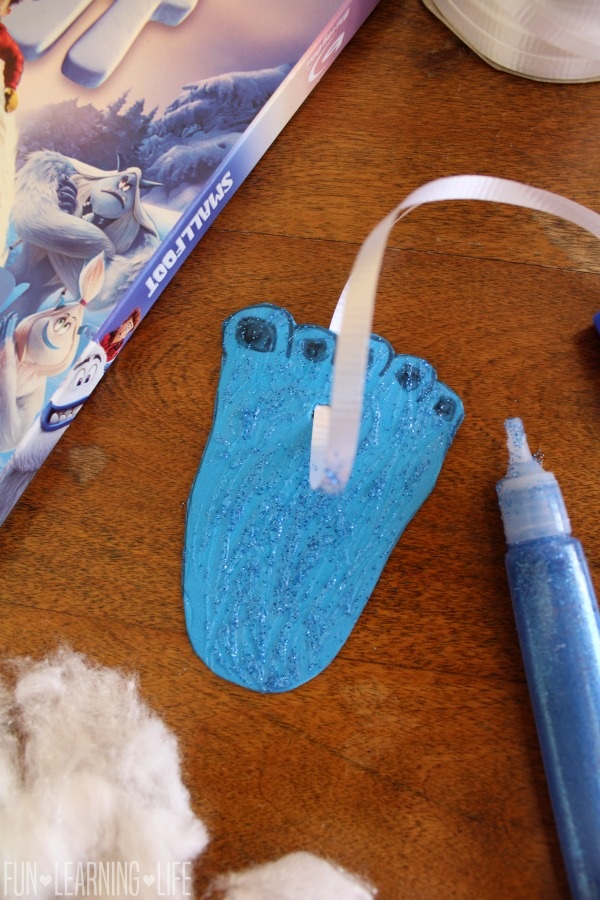 Then, take the glitter glue and put it on one side of the Yeti Foot.

Next, pull apart a piece of the cotton and place this on top of the glitter glue. 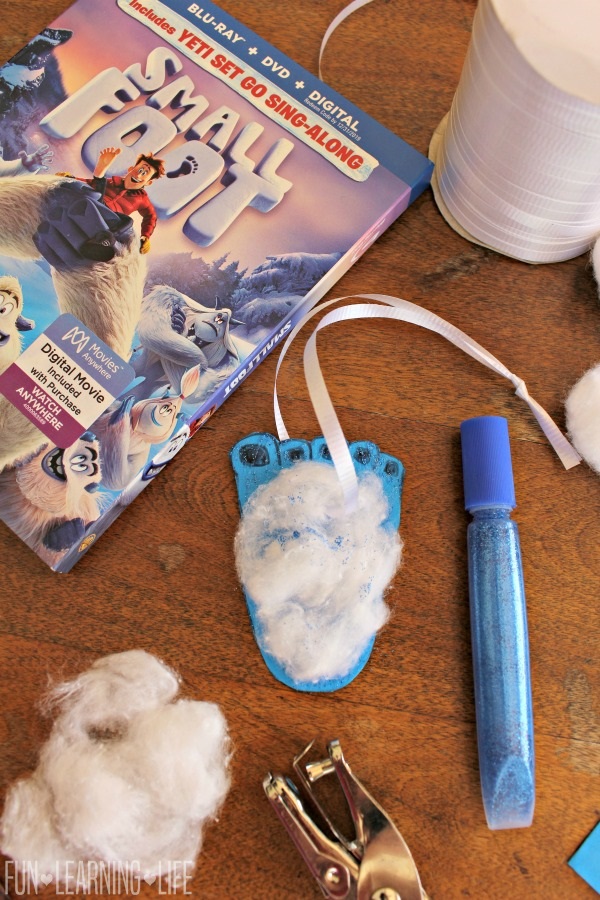 I also added a little glitter glue on top of the cotton to give it some sparkle.

Once dried, I repeated the glue and the cotton on the other side on the Yeti Foot Ornament Craft.

ABOUT SMALLFOOT THE MOVIE ON BLU-RAY COMBO PACK!

An animated adventure for all ages, with original music and an all-star cast, “Smallfoot” turns a myth upside down when a bright young yeti finds something he thought didn’t exist—a human.

News of this “smallfoot” throws the simple yeti community into an uproar over what else might be out there in the big world beyond their snowy village, in an all new story about friendship, courage and the joy of discovery. 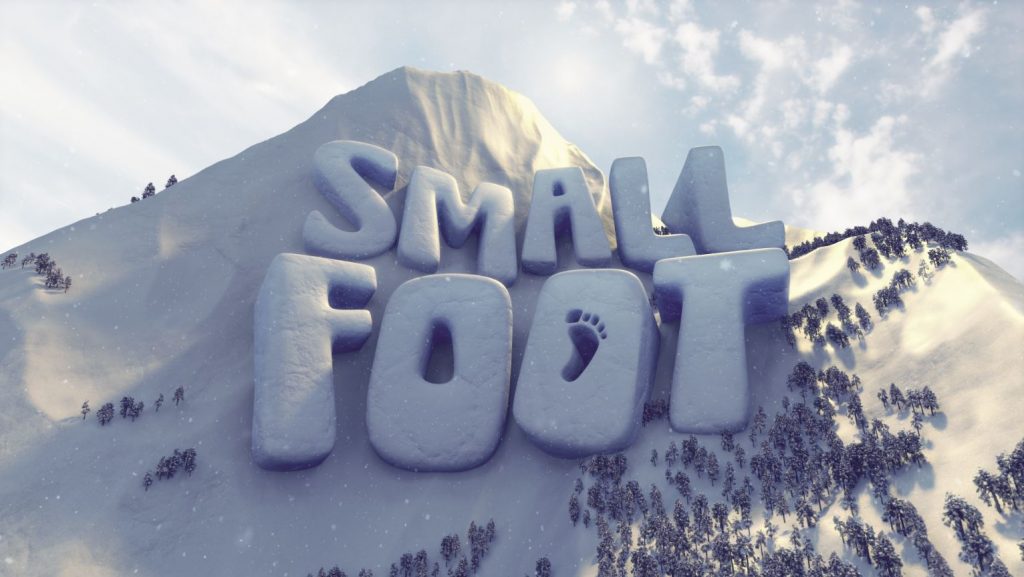 Staring Channing Tatum (“The LEGO® Batman Movie,” the “Jump Street” films) as the yeti, Migo, and James Corden (“Trolls,” “The Emoji Movie”) as the Smallfoot, Percy.

The film is is directed by Karey Kirkpatrick, Annie Award-winning director of “Over the Hedge” and Annie nominee for the screenplays for “Chicken Run” and “James and the Giant Peach.” Which Actor are you looking forward to hearing in this movie?

Warner Bros. Pictures SMALLFOOT is rated PG and out on Blu-ray December 11th. To learn more about the movie, be sure to check the YETIS on Twitter at twitter.com/SmallfootMovie and Facebook at facebook.com/SMALLFOOTMovie.

Thanks to Warner Bros., I am also giving away a SMALLFOOT Blu-ray, a $35.99 value to one(1) Lucky Fun Learning Life Reader.*

To enter please follow the directions via the Rafflecopter form below.*

*Participants must be 18 years or older to participate and live in the United States. Odds are based on the number of entries, and by participating, you agree to these terms and the laws set forth by your individual state. Entries will only be accepted through the Rafflecopter Form, and Fun Learning Life is not responsible for disruption of the page or service which could cause problems with entering. The winner will be contacted through email (make sure you check your spam or junk mail) with the Subject line “SMALLFOOT Blu-ray Winner”. Shipping information, including email, phone, and address will be collected at that time. The winner has 48 hours to respond, after that an alternate will be chosen, and so on and so forth. Fun Learning Life does not sell personal information. The prize will be fulfilled by the PR Firm. Fun Learning Life does not share information with 3rd parties unless specifically expressed in a specific promotion or giveaway. This giveaway is not associated, nor sponsored by Facebook