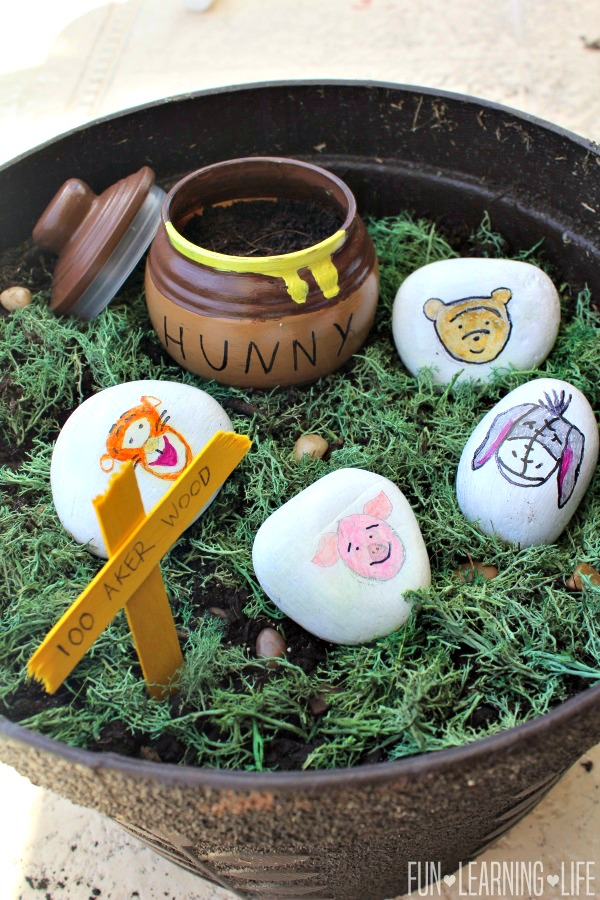 Winnie The Pooh is one of those classic stories that has just always been there for us.

Whether watching the movie as a child, seeing the character at Disney Parks, or having a stuff animal, he is comforting figure for a child. 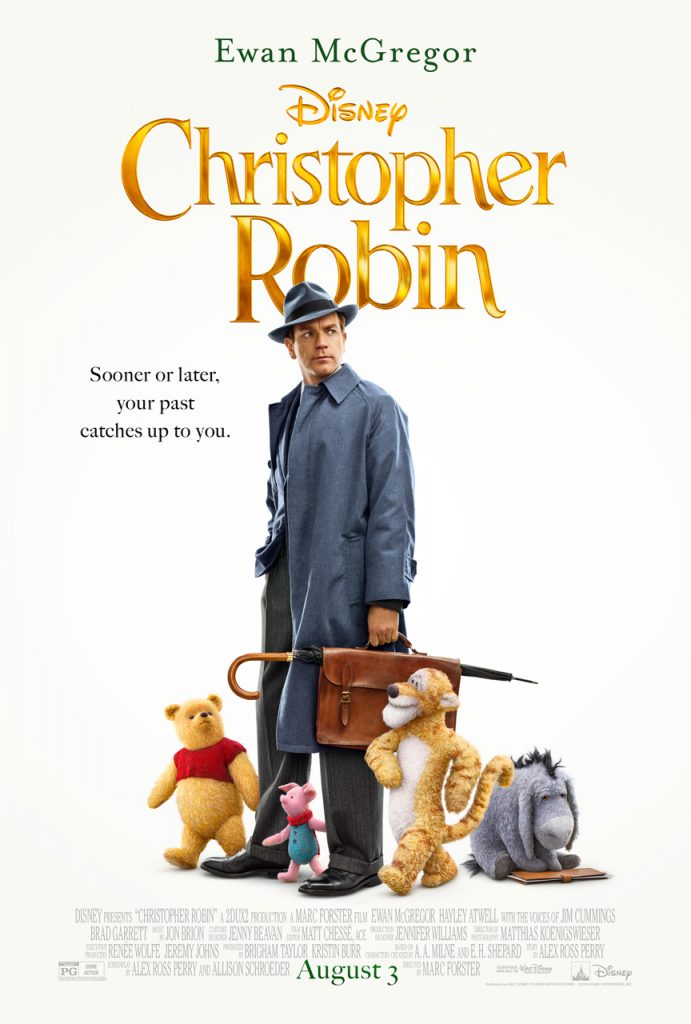 In fact, one of the very first book reports I did in elementary school was for Winnie The Pooh.

As an adult I watched “My Friends Tigger and Pooh” on the Disney Channel with my now 12 year old, and viewed a holiday DVD countless times with my other children. 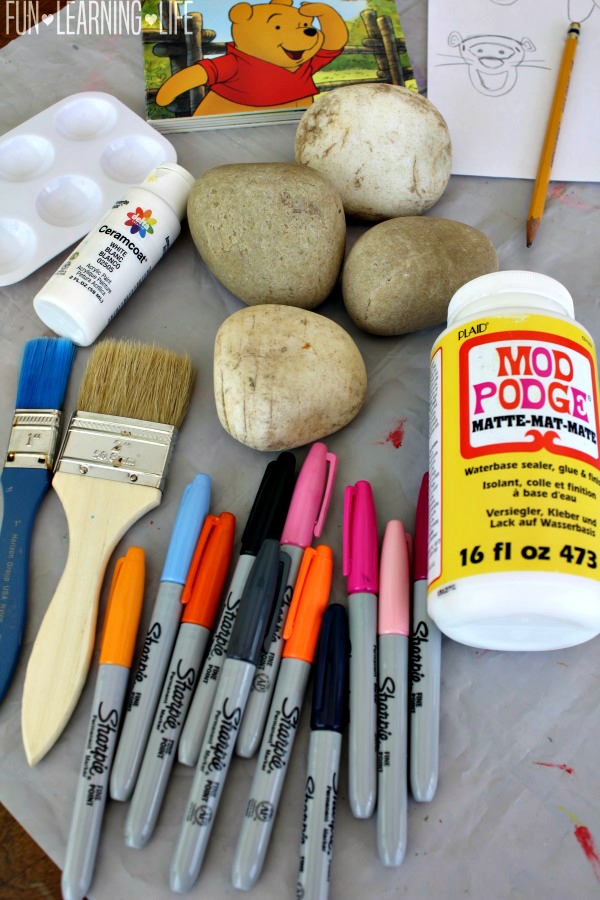 Again that sweet HUNNY bear has always been around, and now he is back making a new appearance in the film CHRISTOPHER ROBIN.

I don’t know about you, but I can’t wait to see this movie. It is getting a lot of great reviews and am excited to see where their adventures take them outside of The Hundred Acre Wood. 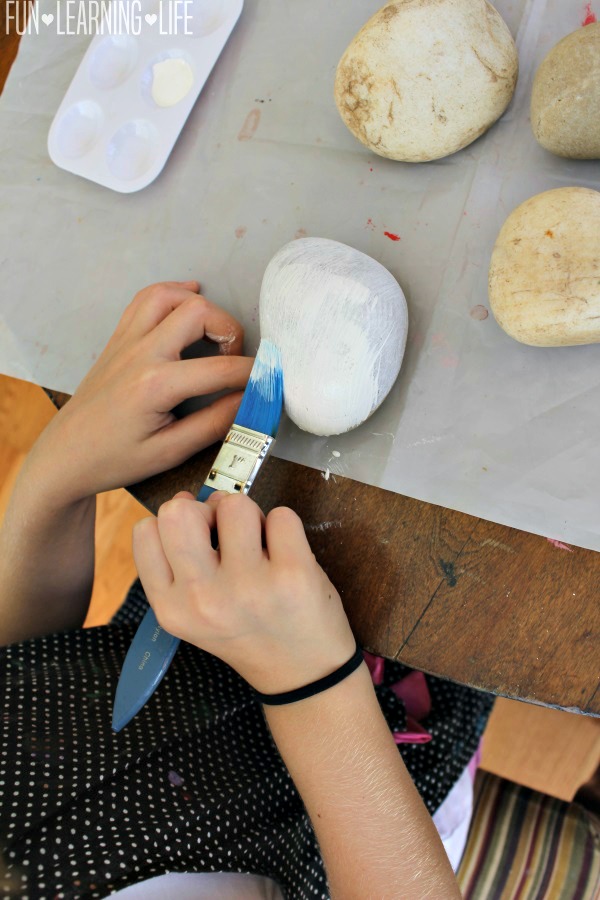 Because we have been seeing so much about the characters, my daughter and I decided to make a Butterfly Garden with Winnie The Pooh Rock Decorating. 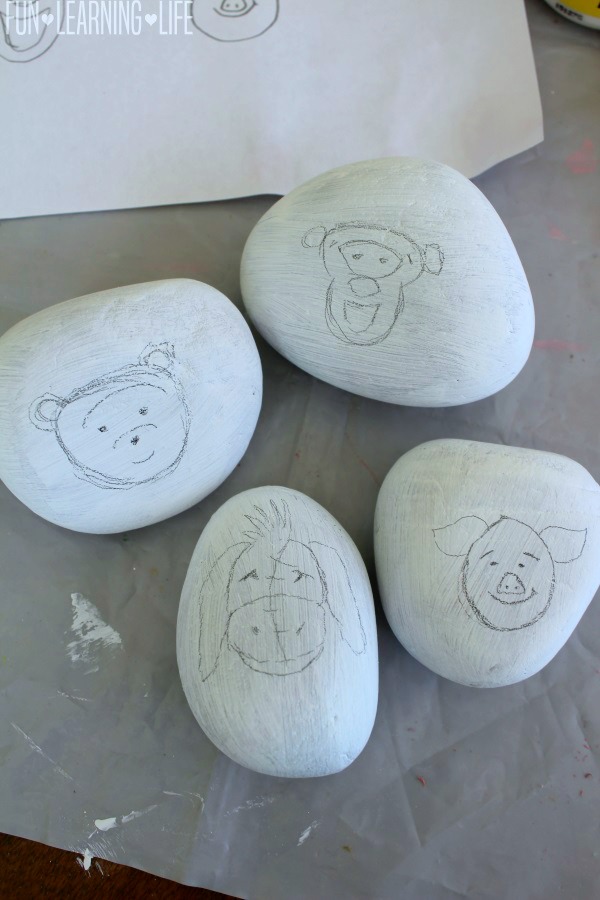 We also wanted to attract those insects that produce honey to our yard, so we sprinkled a Pollinator Seed Mix into the soil inside of a pot. I also found craft sticks and made a 100 Aker Wood Sign with glue.

In addition, we added Reindeer Moss as well a Painted Honey Pot. (FYI, this was created with light brown, brown, and yellow acrylic paint made for glass). 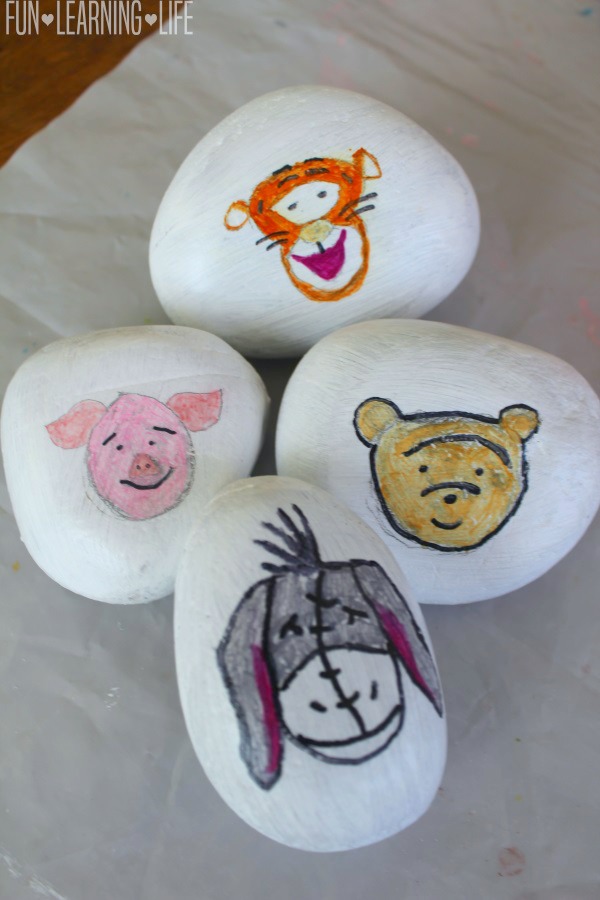 Tips: Paint the rocks first with white acrylic paint, draw characters on with a pencil, and fill the color in with permanent markers.

Be sure to visit my tutorial on How To Create Kindness Rocks for the steps and supplies you will need to start your own Winnie The Pooh Rock Decorating. 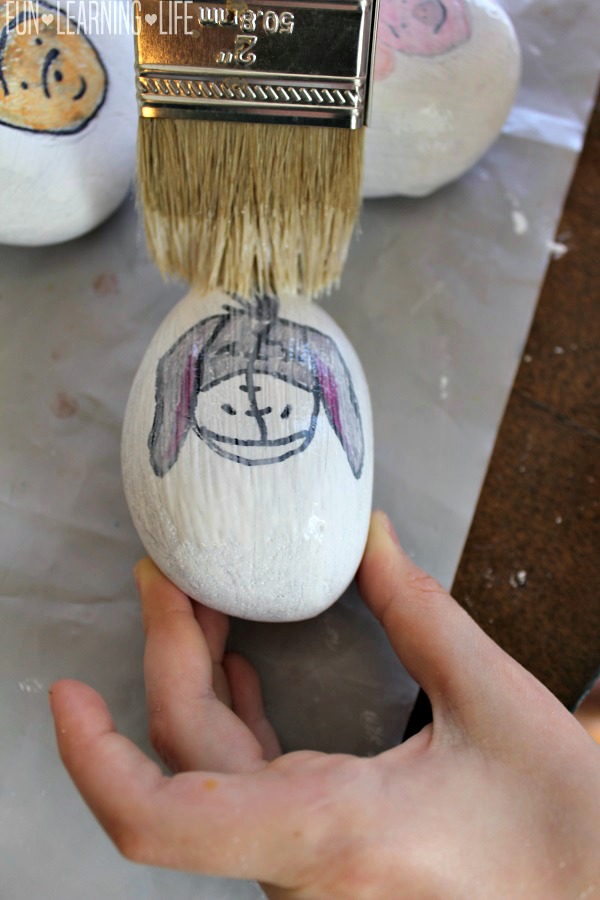 CHRISTOPHER ROBIN is directed by Marc Forster from a screenplay by Alex Ross Perry and Allison Schroeder and a story by Perry based on characters created by A.A. Milne and E.H. Shepard. The producers are Brigham Taylor and Kristin Burr, with Renée Wolfe and Jeremy Johns serving as executive producers. 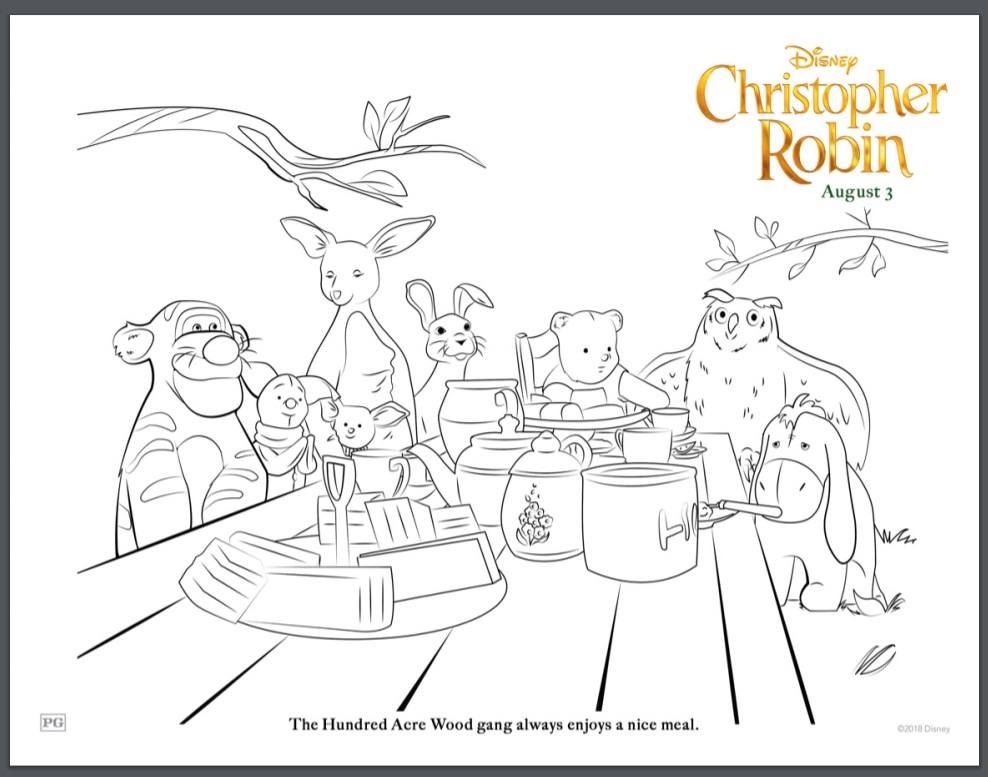 A special thank you goes out to Walt Disney Studios for providing press photos and film details for this post.