A special thank you goes out to Disney Home Entertainment for sending my family a LEGO Star Wars: The Freemaker Adventures Season 2 DVD to review as well as press materials. Opinions expressed are that of my own.

My 5 Year Old is EXCITED because he now owns the LEGO Star Wars: The Freemaker Adventures Season 2 DVD. 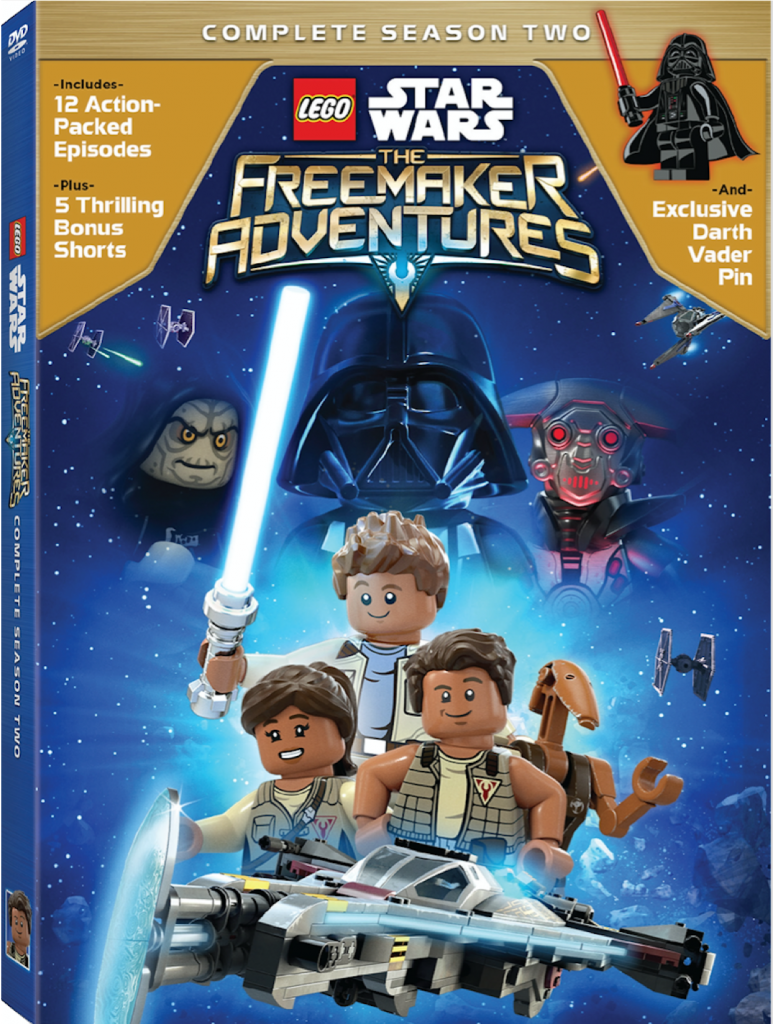 … and here are a few things that my family would like you to know about this collection!

My little guy thought this was cool and we will be adding it to his pin collection for Disney.

2. There are 2 DVDS included in the pack.

This is because there are 12 full episodes.

3. There are Bonus Shorts and these include:

4. The LEGO Freemakers and the Bad Guys are FUNNY!

Just like Season 1 there is a lot of slapstick comedy between Darth Vader and Emperor Palpatine. Plus, the Freemakers are entertaining.

In season two of “LEGO Star Wars: The Freemaker Adventures,” the three Freemaker siblings—Rowan, Kordi and Zander—have found a new home with the Rebel fleet. But working with the Rebels in their fight to bring down the Empire brings them face to face with brutal Imperial forces, desperate Hutts, conniving Sith Lords and the Emperor’s latest plaything, M-OC.

Fans who bring home the second and final season will enjoy all 12 action-packed episodes plus five bonus shorts that follow the Freemakers as they are thrown into battle after they join up with the Rebels – including an adventure that has them embarking on a daring mission to save two of the Rebellion’s finest heroes: Lando Calrissian and Chewbacca. 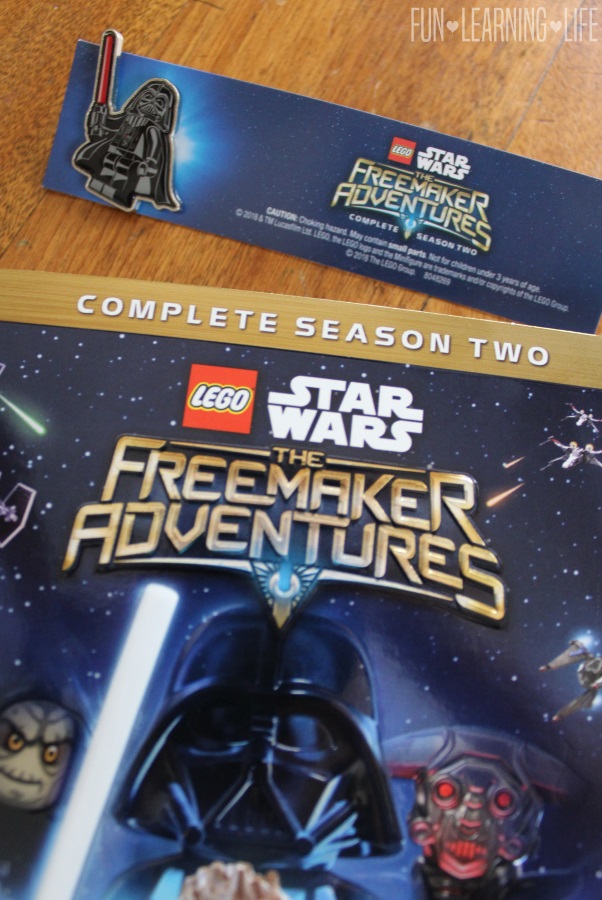 “LEGO Star Wars: The Freemaker Adventures,” the Emmy®-nominated animated television series on Disney XD, is set between Stars Wars: The Empire Strikes Back and Star Wars: Return of the Jedi and stars three siblings who scour the galaxy for useful debris that they use to build new vehicles of their own design. Rowan Freemaker is a spunky Force-sensitive 12-and-a-half-year-old with a thirst for adventure; his quick-witted older sister, Kordi, manages the family business and is the glue that holds the family together; ace pilot and charming rogue, Zander, is the oldest brother and the family’s self-proclaimed starship connoisseur; and R0-GR is their refurbished battle droid from the Clone Wars.

When Rowan has visions of an ancient and powerful Jedi starship called The Arrowhead, he and his family set out on an epic quest to rebuild it so they can turn the tide of battle for the Rebellion. Together, they explore new worlds, meet new characters and Star Wars icons, and have unforgettable adventures.

Episodes on the LEGO Star Wars: The Freemaker Adventures Season 2 DVD include:

2. The Tower of Alistan Nor

5. Return to the Wheel

6. The Lost Crystals of Qalydon

7. The Pit and the Pinnacle

Have you watched LEGO Star Wars: The Freemaker Adventures before? Who is your favorite character or characters on the show?

To learn more about the series visit disneyxd.disney.com/lego–star–wars–freemaker. Look for this DVD online and in stores March 13th!

Thanks to Disney DVD I have been authorized to giveaway a LEGO Star Wars: The Freemaker Adventures Season 2 DVD to One (1) Lucky Fun Learning Life Reader!

*Participants must be 18 years or older to participate and live in the United States. Odds are based on the number of entries, and by participating, you agree to these terms and the laws set forth by your individual state. Entries will only be accepted through the Rafflecopter Form, and Fun Learning Life is not responsible for disruption of the page or service which could cause problems with entering. The winner will be contacted through email (make sure you check your spam or junk mail) with the Subject line “LEGO Star Wars: The Freemaker Adventures Season 2 DVD Winner”. Shipping information, including email, phone, and address will be collected at that time. The winner has 48 hours to respond, after that an alternate will be chosen, and so on and so forth. Fun Learning Life does not sell personal information. The prize will be fulfilled by the PR Firm. Fun Learning Life does not share information with 3rd parties unless specifically expressed in a specific promotion or giveaway. This giveaway is not associated, nor sponsored by Facebook.