A special thank you goes out to Warner Bros. Home Entertainment, Inc. for providing my family with a copy of The LEGO® Ninjago® Movie Blu-Ray and DVD as well as The LEGO Ninjago Movie Coloring Sheet, press materials and giveaway to share with my readers. Opinions expressed are those of my own.

Do you have a kiddo that is a fan of LEGO bricks? What about LEGO Ninjago?

If so, I have an easy craft inspired by the recent film that would be a neat addition to a birthday party or play-date. Plus, I am sharing details on the release of The LEGO Ninjago Movie Blu-Ray and DVD as well as a FREE Coloring Sheet. Keep reading on for more details! 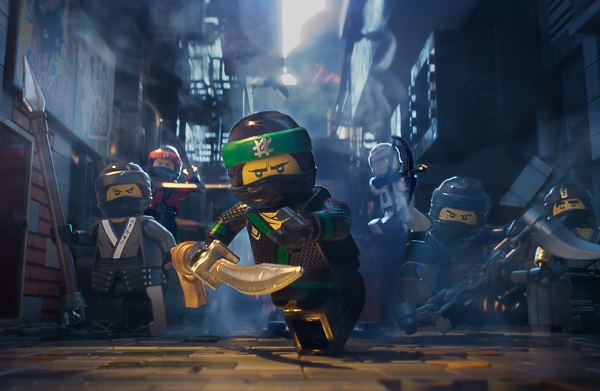 My kids really enjoyed The LEGO Ninjago Movie because #1 it involves LEGO Bricks, #2 it is silly, and #3 it has karate moves!

As a parent liked it because it kept them entertained over Holiday break and ultimately it was a cute film with fun comedic moments as well as throw backs to 70’s Martial Arts. 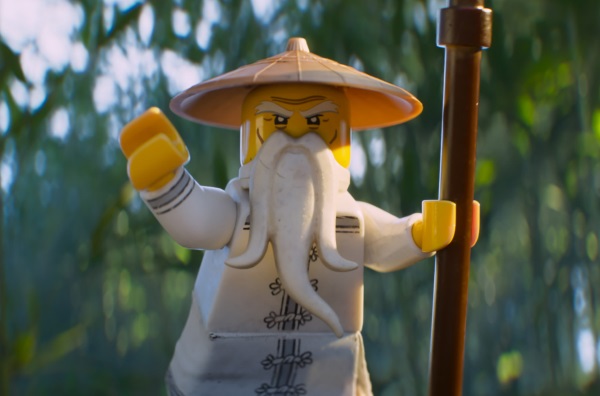 About The LEGO Ninjago Movie:

In the battle for NINJAGO® City, Lloyd, high school student by day and Green Ninja by night, gets thrown into the ultimate adventure with his secret ninja warrior friends!

Led by the wise and wisecracking Master Wu, they must defeat evil warlord Garmadon, The Worst Guy Ever, who also happens to be Lloyd’s dad. On their courageous journey, they learn to band together to unleash their inner power in an epic showdown to save the city. 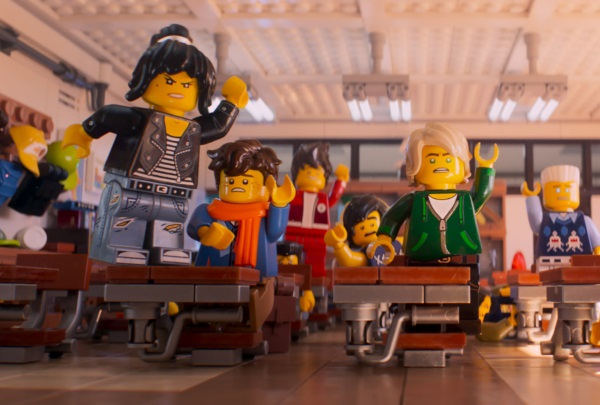 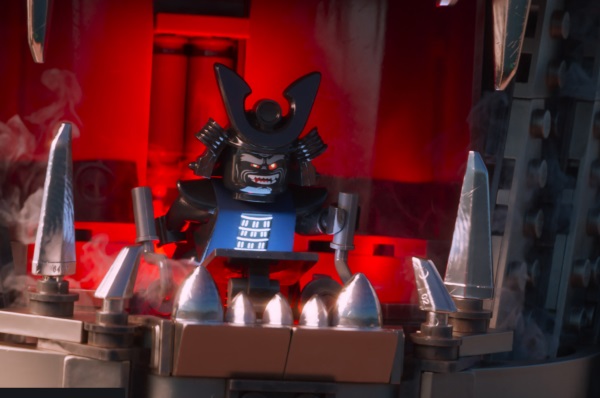 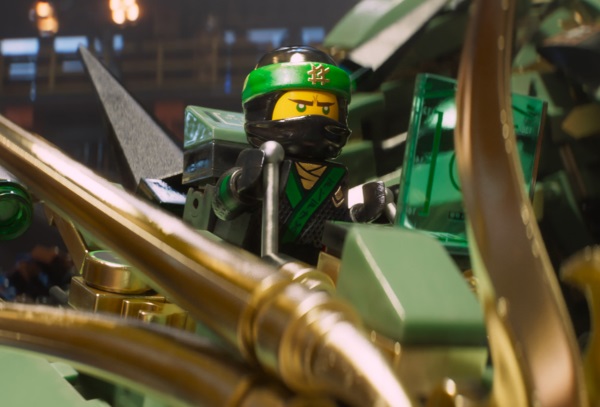 How To Make The LEGO Ninjago Magnet Craft! 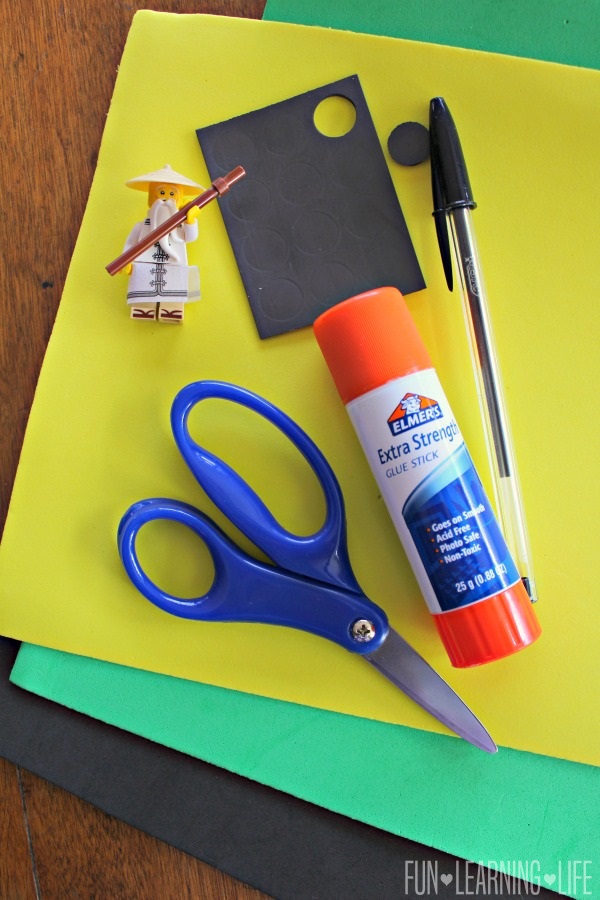 First draw a LEGO Mini Figure head shape on yellow foam to establish a size for the magnet. Ours ended up being about 2 inches in length. 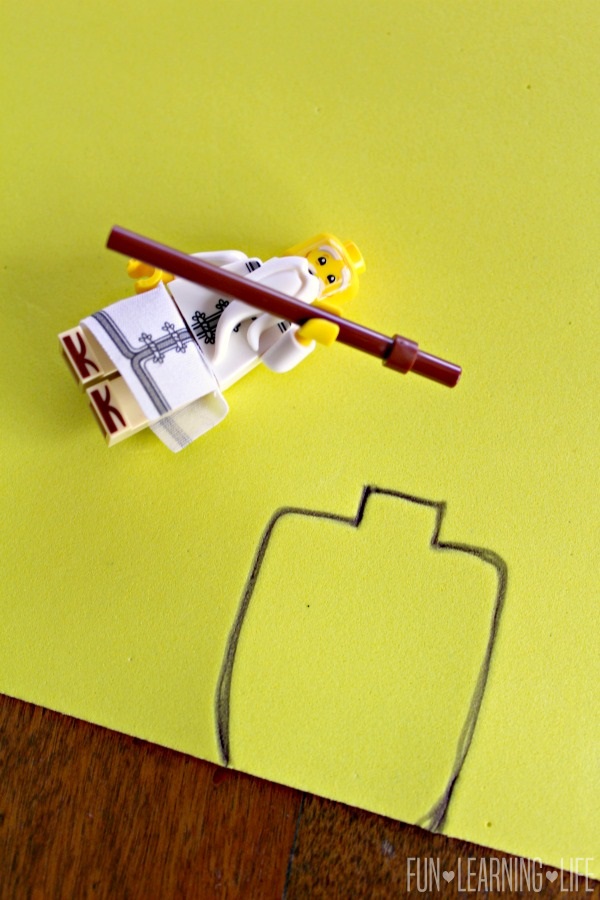 Cut this shape out and use it as the template for all the other heads.

Then draw a Ninja cover on the black foam and cut it out as well. 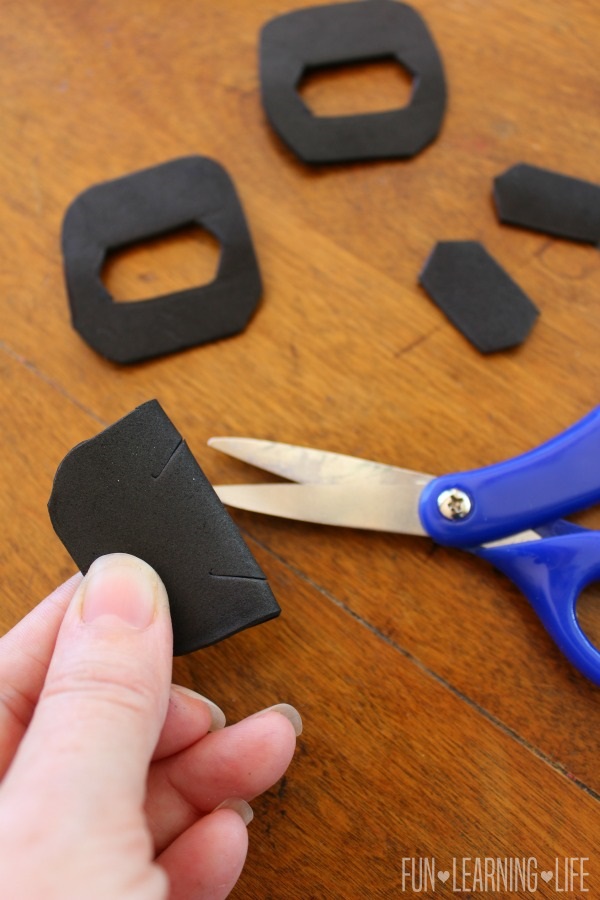 Once you have the desired shape use this as the template for the others.

Next fold the black foam pieces over and cut out a section for the eyes. 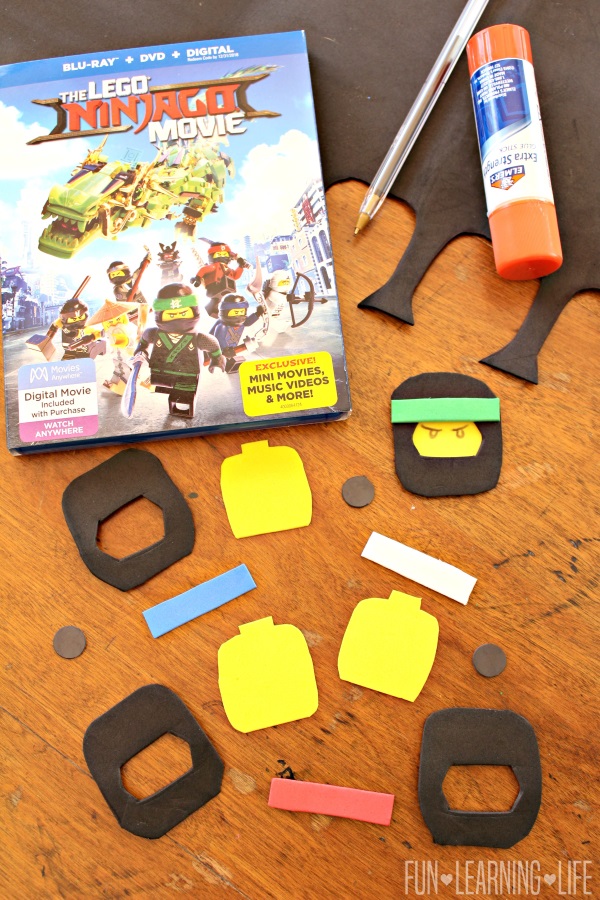 Then, cut out the head band to go above the characters eyes from the various colors of foam.

To experiment I first started with green, and then the kiddos requested other colors. 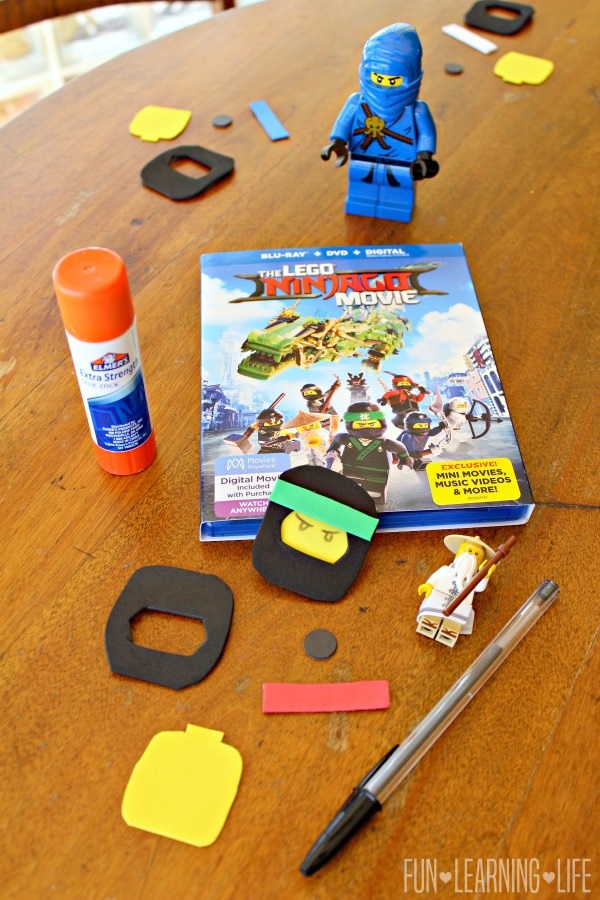 Finally, hand over the pieces to the LEGO Ninja’s with the paste, black pen, and magnet to be assembled by the kids. 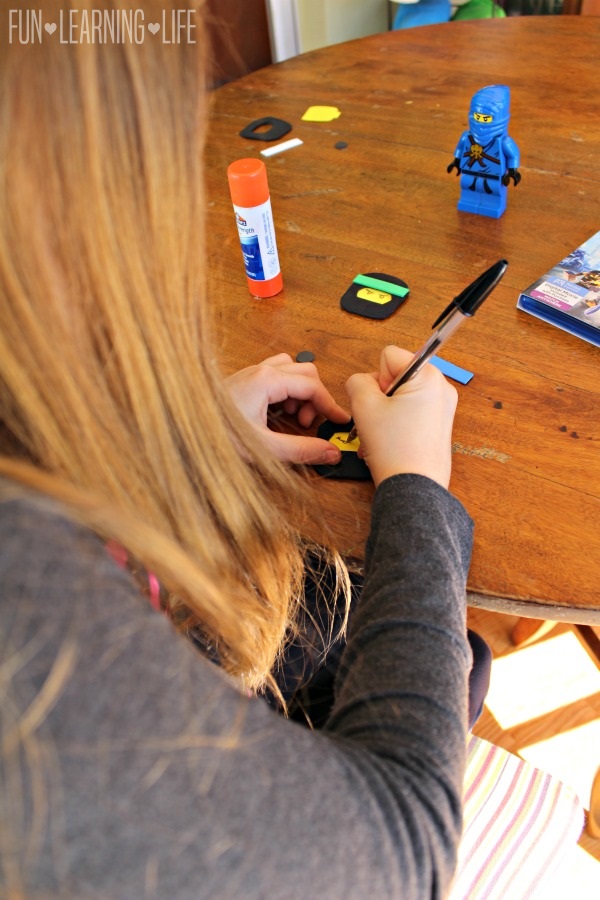 Have them draw on the eyes with the pen (my daughter used the Blu-Ray packaging as inspiration) and allow the paste in the craft to set.

As you can see, this Foam Magnet Craft is so simple to put together and once dry it will be ready to place on a metal surface like a refrigerator or dishwasher. 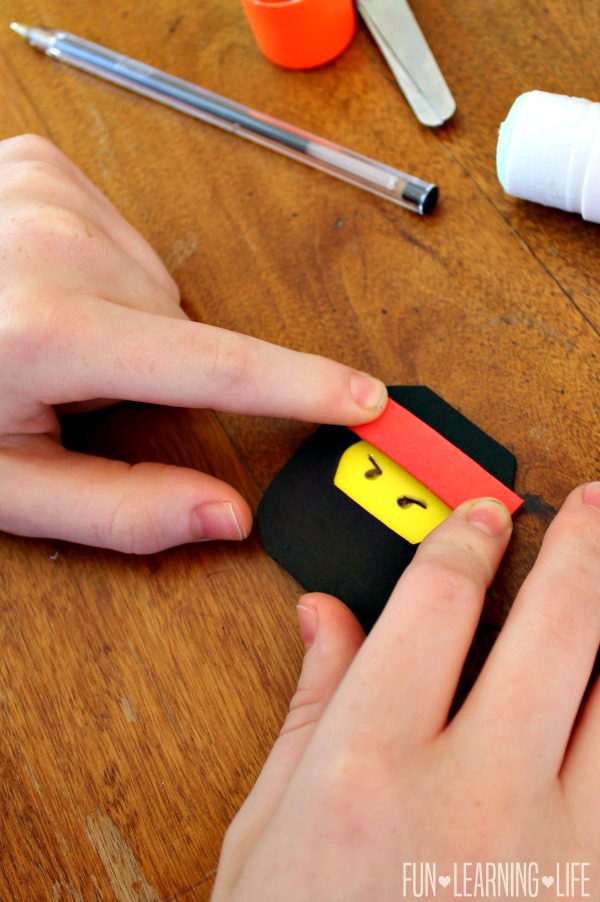 Have you seen The LEGO Ninjago Movie? Who is your favorite character? 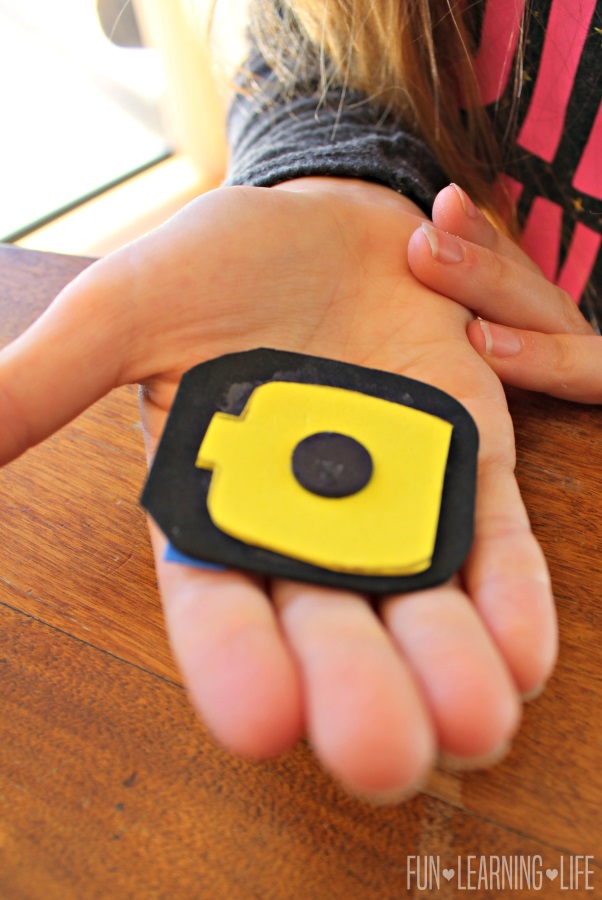 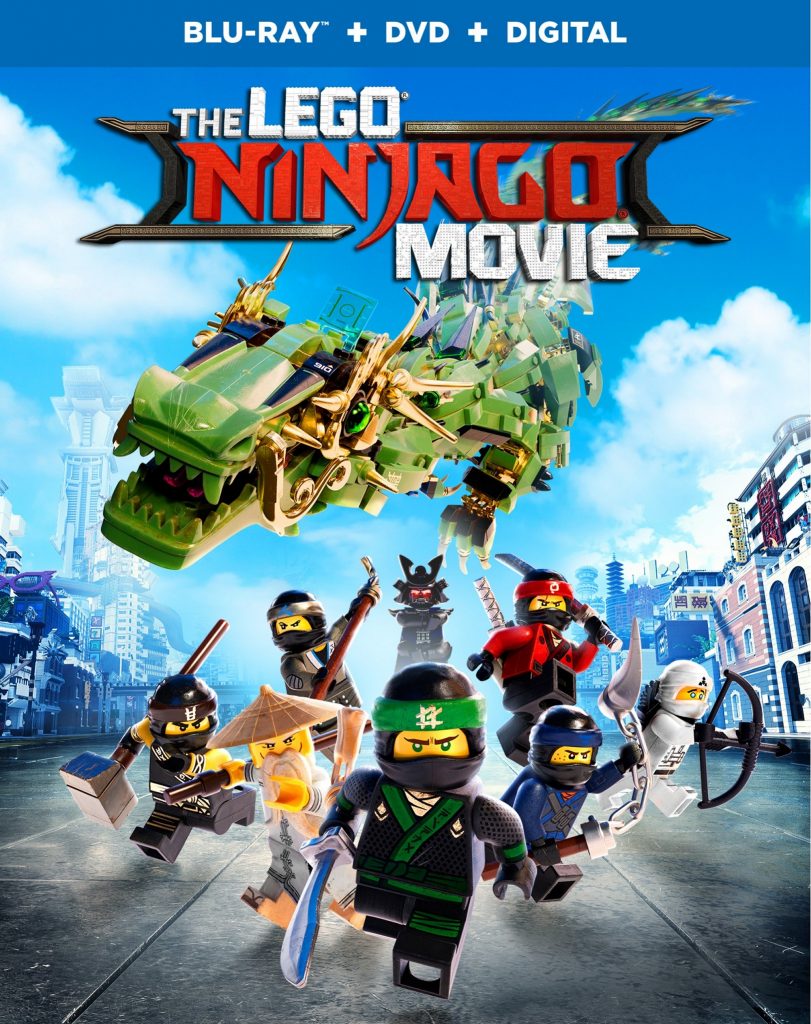 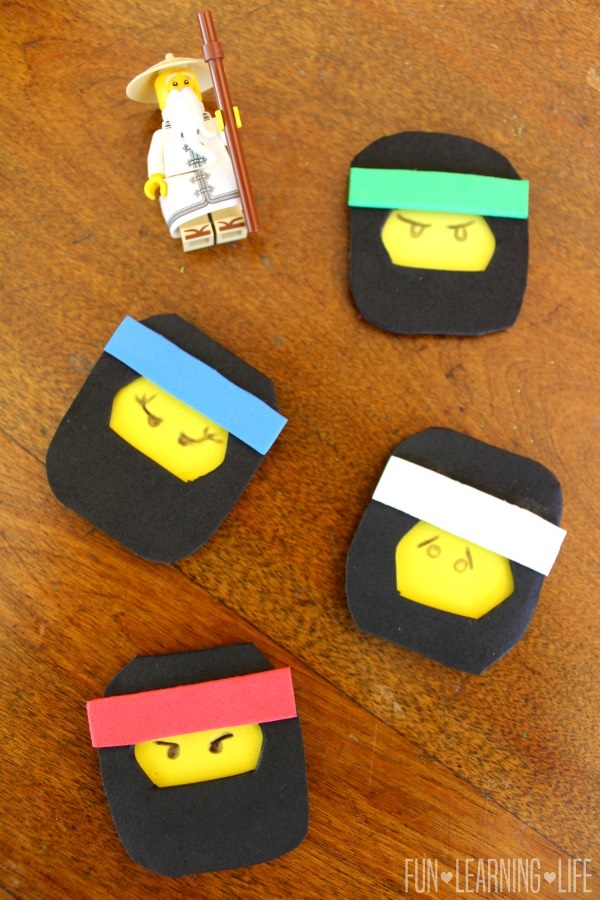 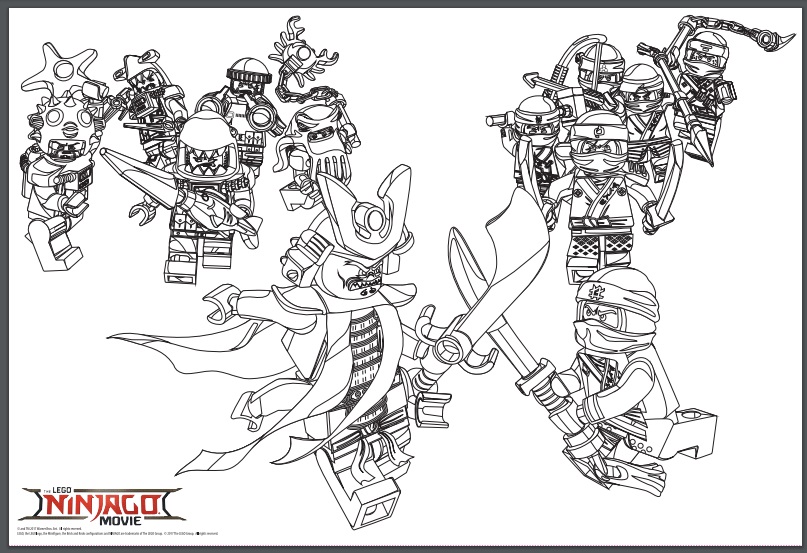 Wanting another fun activity for the kids? Be sure to print out this The LEGO Ninjago Movie Coloring Sheet! 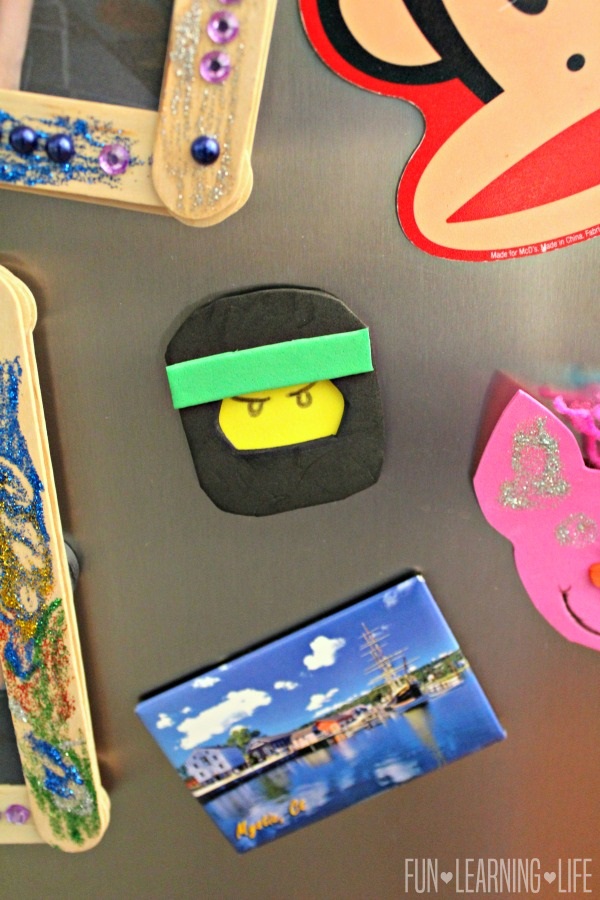 I hope your family enjoys the film as well as the The LEGO Ninjago Foam Magnet Craft inspired by the movie!

Thanks to Warner Bros. Home Entertainment, Inc. I have been authorized to giveaway The LEGO Ninjago Movie Blu-Ray and DVD, a $35.99 Value to One (1) Lucky Fun Learning Life Reader!

*Participants must be 18 years or older to participate and live in the United States. Odds are based on the number of entries, and by participating, you agree to these terms and the laws set forth by your individual state. Entries will only be accepted through the Rafflecopter Form, and Fun Learning Life is not responsible for disruption of the page or service which could cause problems with entering. The winner will be contacted through email (make sure you check your spam or junk mail) with the Subject line “The LEGO Ninjago Movie Blu-Ray and DVD Winner”. Shipping information, including email, phone, and address will be collected at that time. The winner has 48 hours to respond, after that an alternate will be chosen, and so on and so forth. Fun Learning Life does not sell personal information. The prize will be fulfilled by the PR Firm. Fun Learning Life does not share information with 3rd parties unless specifically expressed in a specific promotion or giveaway. This giveaway is not associated, nor sponsored by Facebook.