A special thank you goes out to Lionsgate for providing my family a copy of the My Little Pony The Movie Blu-Ray and DVD, film press materials, as well as inspiring this Friendship Necklaces Craft. Opinions expressed are that of my own.

If you have a child that is into My Little Pony, then you know that these adorable equine heroes are all about friendship and fun.

In the new My Little Pony The Movie this theme shines through as well as the idea of working together to accomplish a goal and to save their friends and home, Ponyville.

My daughter loved this film and thought it was so cute. In addition, she also liked Princess Skystar (a sea pony played by Kristin Chenoweth) because of her humor as well as affinity for crafting!

After seeing the film myself and thinking about all these ideas, (friendship, fun, and crafting) I was inspired to setup  a Friendship Necklace Activity for my daughter. 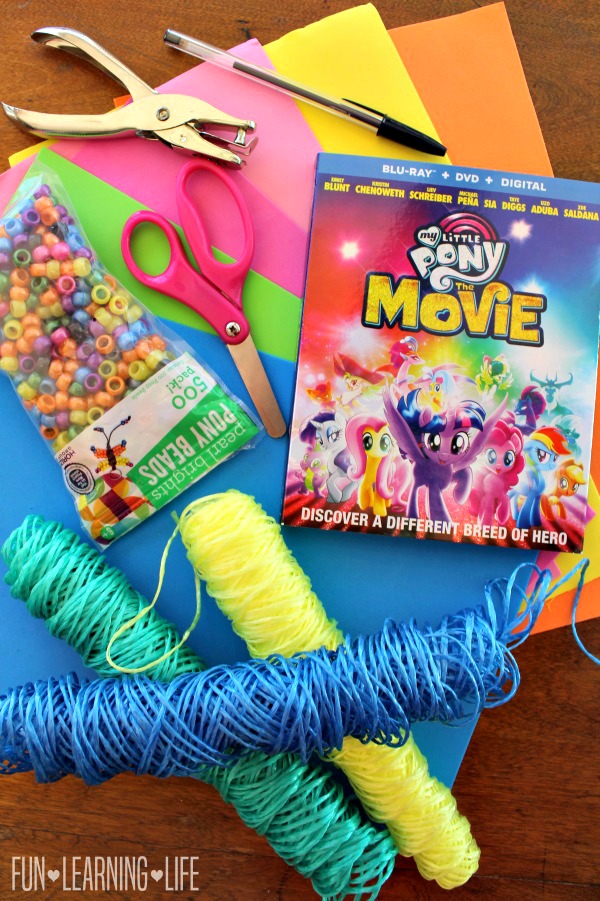 If you would like to recreate this craft with your kiddos, here is what you will need:

Tip: Since this involves small parts and twine, small children should be supervised by a parent when assembling the necklaces as well as when wearing them. To get started, first pick a color of foam for the Friendship Necklace Craft. FYI, we made a few variations with different colors.

Then cut out a small heart shape, cut it jaggedly down the middle, and use the hole punch to make an opening on each side. (The hearts were about 2 and half inches in length) 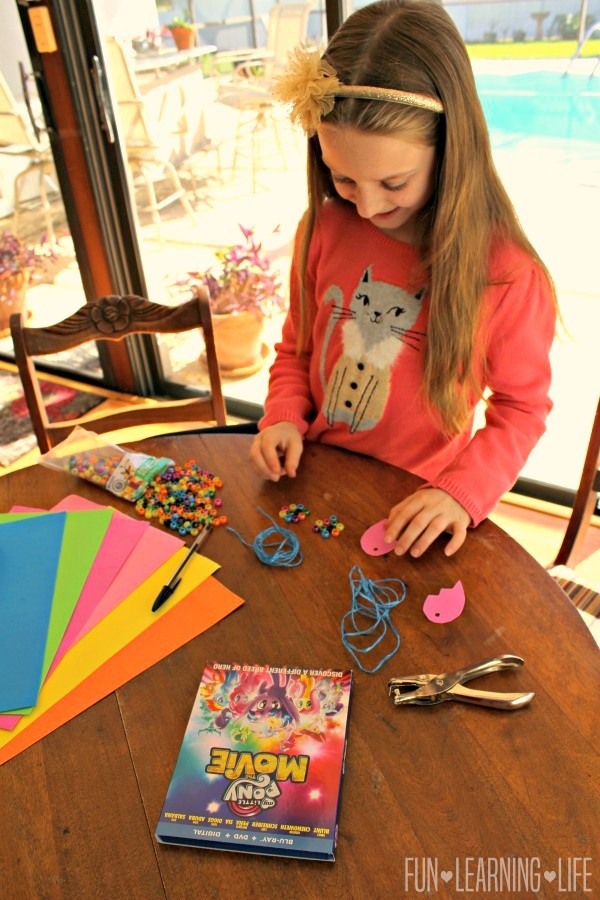 Next, we picked out a color of twine and cut about 40 inches. This was looped through each hole on the hearts.

Then it was time to come up with a pattern for the pony beads. We started off with 10 for each necklace, with the colors of Rainbow Dash in mind. 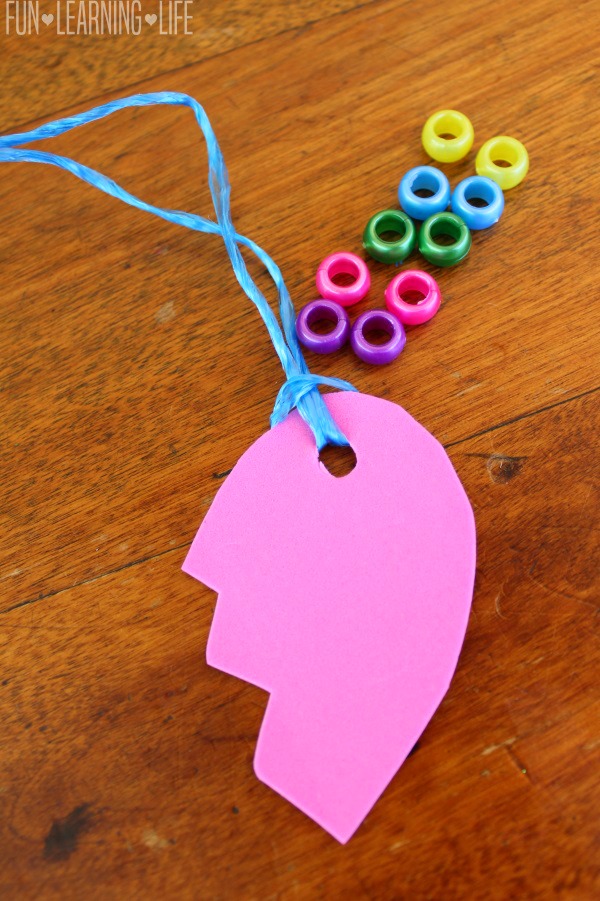 To finish the necklaces, my daughter wrote out “Best Friends” along the line and I adjusted the twine to fit over her head, tied it, and cut the extra off.

As you can see, these Friendship Necklaces are easy to assemble and there are so many ways that they can be designed. 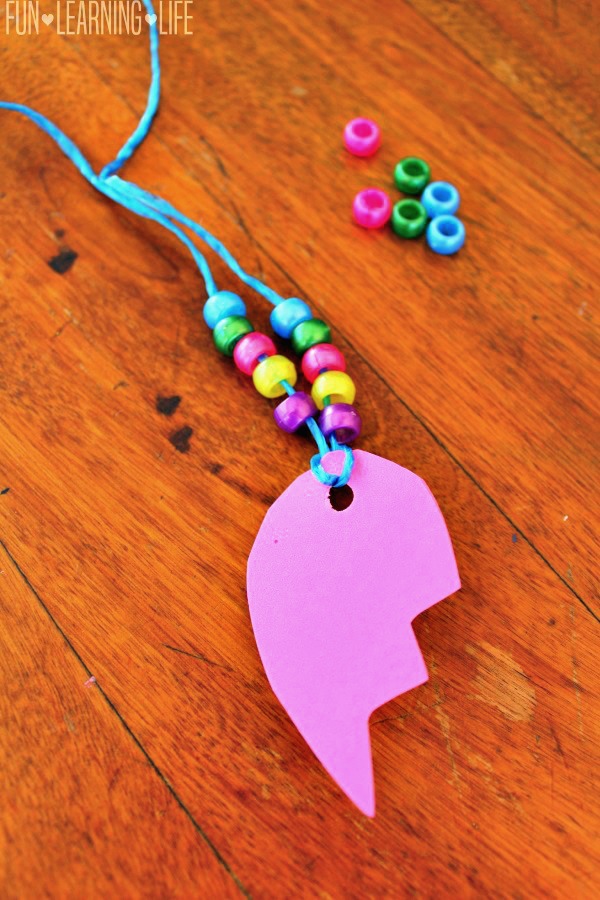 I think this would be an excellent activity for a My Little Pony Birthday Party or a play-date. 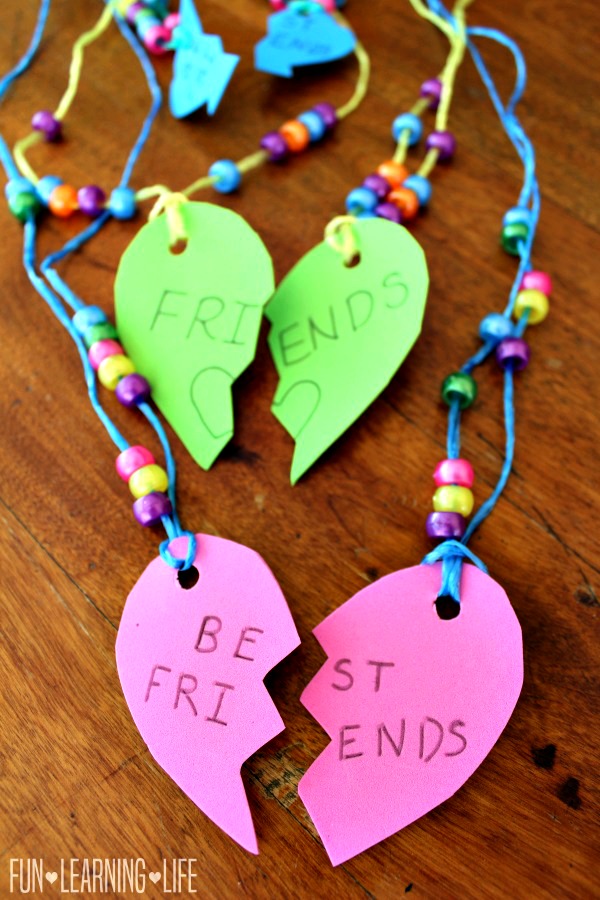 About the My Little Pony The Movie!

When a dark force threatens Ponyville, the Mane 6 go on a journey beyond Equestria to save their beloved home and they meet new friends and exciting challenges along the way. 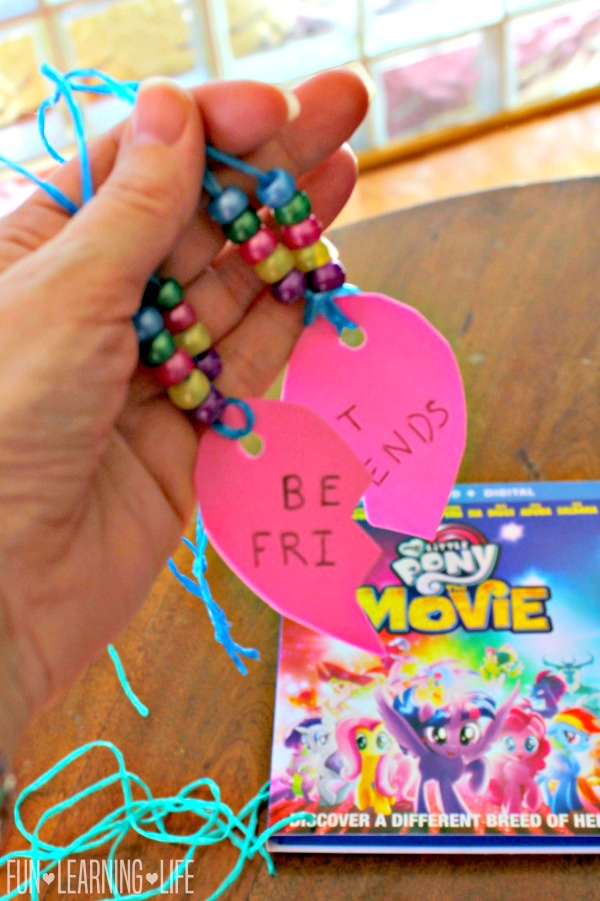 Best friends Twilight Sparkle, Rainbow Dash, Pinkie Pie, Applejack, Fluttershy, and Rarity team up in their most epic adventure yet! 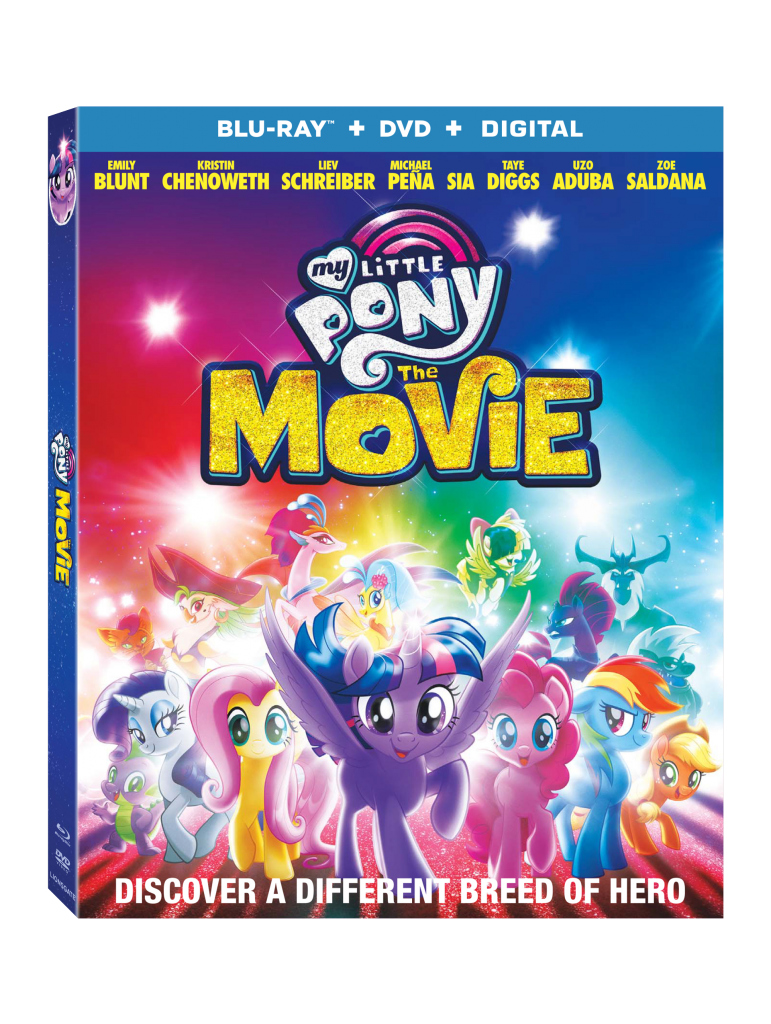 Directed by “My Little Pony” veteran Jayson Thiessen (“My Little Pony: Friendship Is Magic”) and including original music and songs performed by Sia, Taye Diggs, Zoe Saldana, Kristin Chenoweth, and Emily Blunt, My Little Pony: The Movie is full of music, fun, and laughter for the whole family. 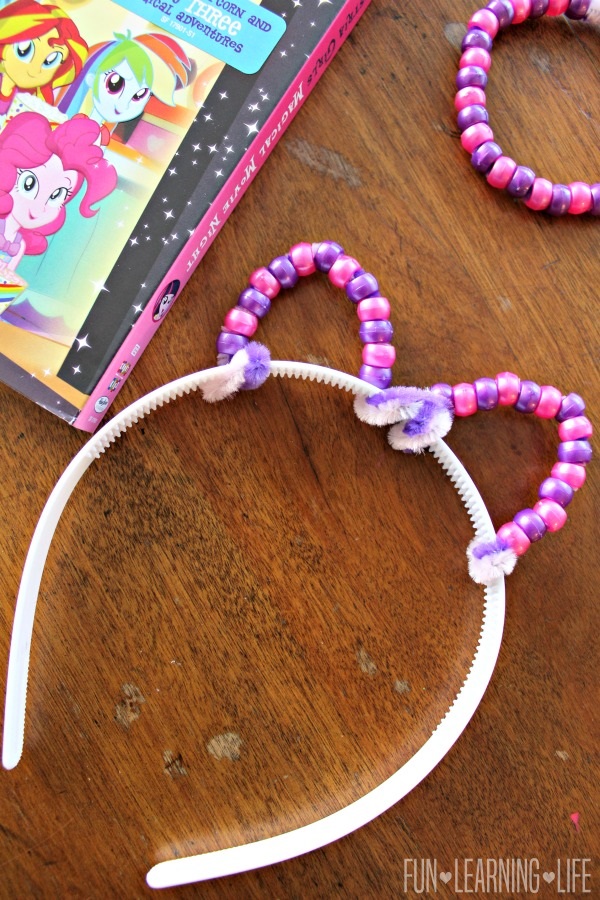 Looking for another My Little Pony Craft? Be sure to check out our fun Pony Ears Headband Craft!

The My Little Pony: The Movie Blu-ray and DVD include all-new special features, including a deleted scene, a music video, three featurettes starring the Mane 6, an exclusive Equestria Girls Short and a Hanazuki short, and will be available for the suggested retail price of $29.95 and $39.99, respectively.

I hope your family enjoys the movie as well as working together to create a Friendship Necklaces Craft!