A special thank you goes out to Disney Home Entertainment for providing my family with a Star Wars Rebels: Complete Season Three Blu-ray as well as press materials, opinions expressed are that of my own!

Have you been keeping up with Star Wars Rebels on Disney XD? If so, you will be excited to know that Season Three is coming out on Blu-ray and DVD August 29, 2017. 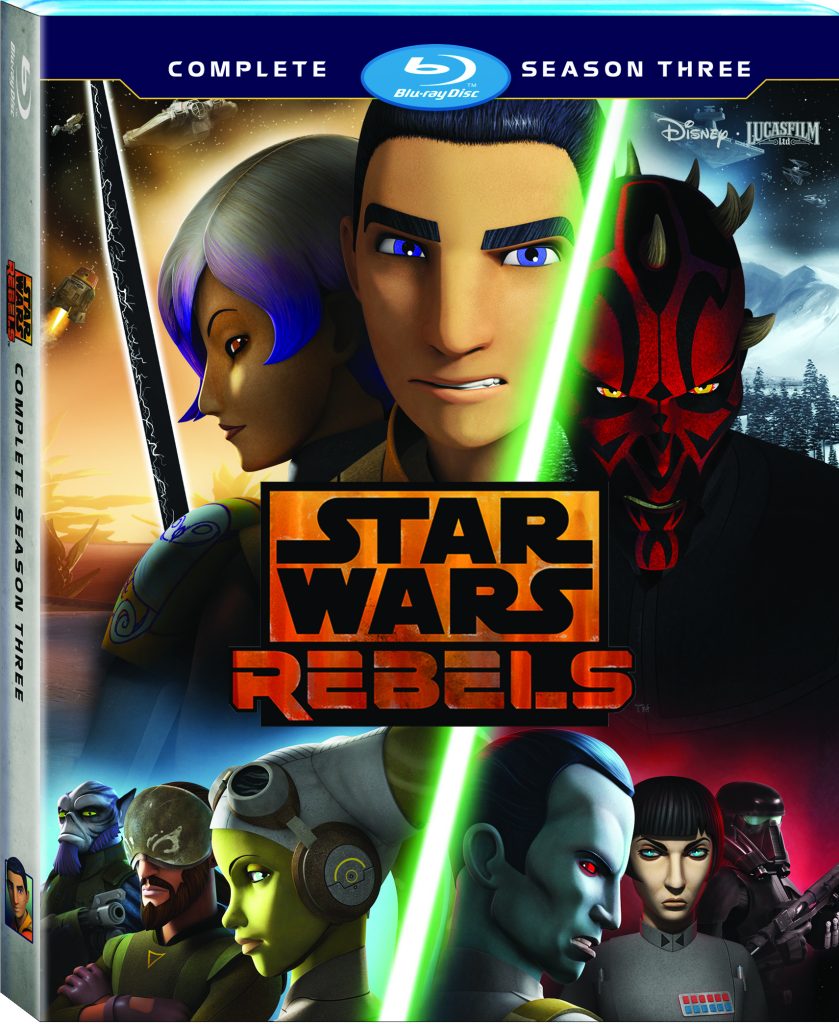 I have 3 kiddos that are Star Wars fans and my youngest son walks around with an 18 inch Ezra action figure we got him a few years ago. There has been plenty of reenacting in my home with his other guys Darth Maul and Kanan.

Needless to say, I just got hours of entertainment via the Star Wars Rebels: Complete Season Three Blu-ray!

This collection delivers all 22 action-packed episodes of the hit CG animated series’ third season, plus exclusive, never-before-seen bonus material on Blu-ray™ and DVD! The story threads begin to tighten in this thrilling season ofStar Wars Rebels, drawing connections to The Clone Wars, Rogue One and the original Star Wars trilogy into the series’ epic storyline.

Even if you have missed a few episodes, this awesome collector’s item is an excellent way to catch up. To learn more about Star Wars Rebels, visit disneyxd.disney.com/star-wars-rebels.

Having established a secret base on Atollon, the Ghost crew, now led by a more powerful Ezra, strengthens the Rebel fleet by acquiring new resources and recruits eager to stand against the Empire.  However, the Imperial efforts to eliminate the Rebellion are now being led by the coldly analytical Grand Admiral Thrawn, whose strategic, tactical and cultural insights make him a threat unlike any they have faced before. Ezra and Sabine must take on new roles and challenges as the Rebels prepare for their biggest mission yet – a direct assault on the Empire. 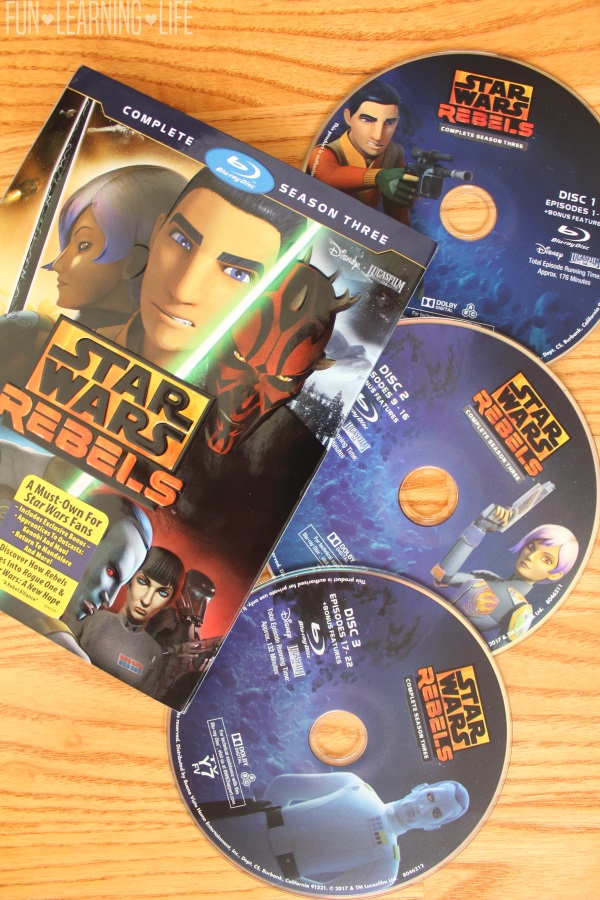 ·         Return To Mandalore – Explore where Mandalore fits within the Empire’s regime – and whether Sabine can unite her people against the Imperial forces.

·         Thrawn: A Legend Reborn – Learn Thrawn’s significance in Star Wars lore, and what the future may hold for this memorable villain.

·         Apprentices to Outcasts: Kenobi And Maul – Track two adversaries who’ve clashed throughout Star Wars history, and find out why the time was right to conclude their story.

·         The Original Rebel: Saw Gerrera Returns – Extended – Meet the Original Rebel. This exclusive extended version features Forest Whitaker discussing the character he brings to life in both Rebels and Rogue One.

·         A Rebel Alliance – Discover how the formation of the Rebel Alliance in Rebels ties into the Rogue One timeline – and the exciting story possibilities that lie ahead for season 4.

·         Rebels Recon – Go behind the scenes with the cast and crew in 19 entertaining and information-packed episode recaps!

Have you watched this series before? Who is your favorite character or characters on Star Wars Rebels?

My house gets pretty quiet once I put in one of the 3 Blu-rays, the kids are really intrigued by the stories and this Mom finds them pretty interesting as well.

Star Wars Rebels: Complete Season Three Blu-ray and DVD is rated TV Y7 and runs for 485 minutes, look for it in stores and online August 29, 2017.

We really have enjoyed owning this collection and thanks to Disney Home Entertainment, (1) One Lucky Fun Learning Life Reader will receive a copy of the Star Wars Rebels: Complete Season Three Blu-ray!*

*Participants must be 18 years or older to participate and live in the United States. Odds are based on the number of entries, and by participating, you agree to these terms and the laws set forth by your individual state. Entries will only be accepted through the Rafflecopter Form, and Fun Learning Life is not responsible for disruption of the page or service which could cause problems with entering. The winner will be contacted through email (make sure you check your spam or junk mail) with the Subject line “Star Wars Rebels: Complete Season Three Blu-ray Winner”. Shipping information, including email, phone, and address will be collected at that time. The winner has 48 hours to respond, after that an alternate will be chosen, and so on and so forth. Fun Learning Life does not sell personal information. The prize will be fulfilled by the PR Firm. Fun Learning Life does not share information with 3rd parties unless specifically expressed in a specific promotion or giveaway. This giveaway is not associated, nor sponsored by Facebook.