A special thank you goes out to Disney Home Entertainment for providing my family with a DESCENDANTS 2 DVD as well as press materials, opinions expressed are that of my own!

My kiddos had been anxiously awaiting this new movie’s arrival on the Disney Channel, and have been singing many of the songs after watching. 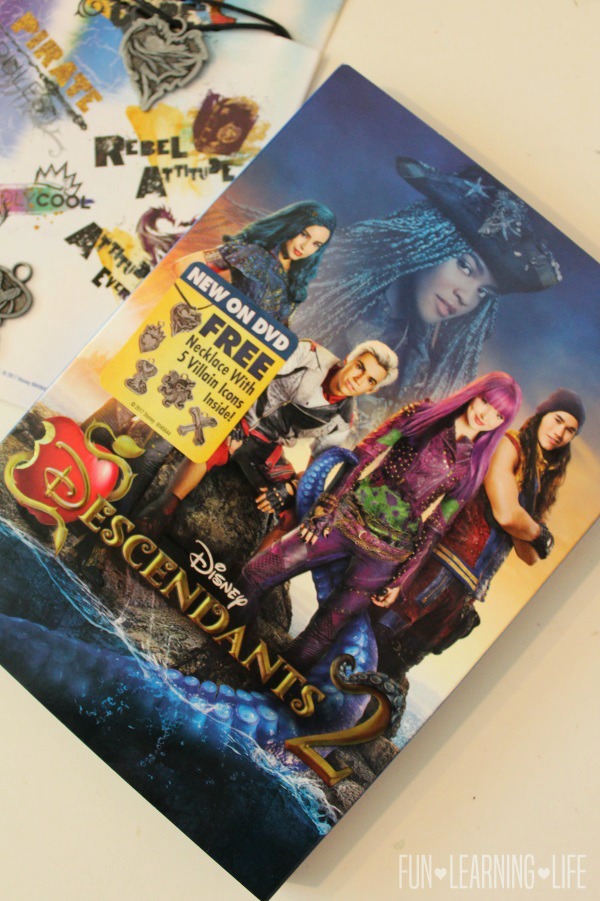 Ever since the original Descendants made it’s debut, we all have been fans and my children are excited to now own this amazing musical production with the same characters (along with new ones). FYI, this Mom is a huge fan as well and especially loves the song “Chillin’ Like A Villain”.

The story deepens in the music-driven sequel to the global smash hit “Descendants,” as the teenage sons and daughters of Disney’s most infamous villains — Mal, Evie, Carlos and Jay (also known as Villain Kids or VKs) — try to find their place in idyllic Auradon. 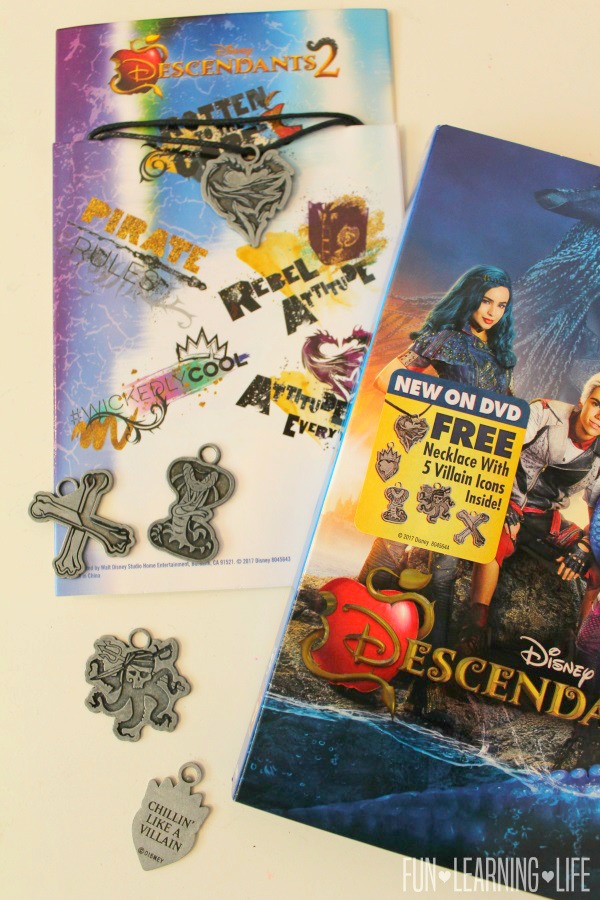 When the pressure to be royally perfect becomes too much for Mal, she returns to her rotten roots on the Isle of the Lost where her archenemy Uma, the daughter of Ursula, has taken her spot as self-proclaimed queen of the run-down town.

Uma, still resentful over not being selected by Ben to go to Auradon Prep with the other Villain Kids, stirs her pirate gang including Captain Hook’s son Harry and Gaston’s son Gil, to break the barrier between the Isle of the Lost and Auradon, and unleash all the villains imprisoned on the Isle, once and for all. 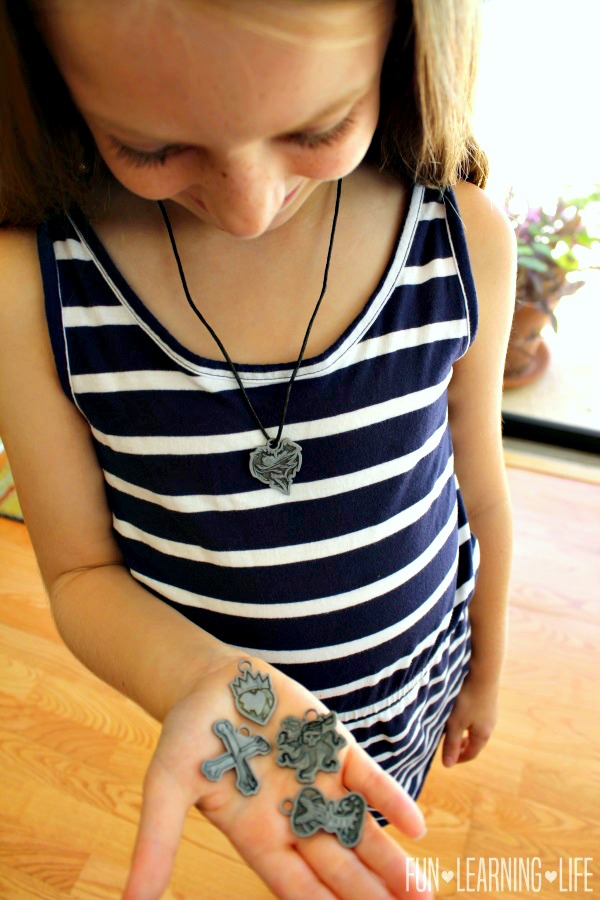 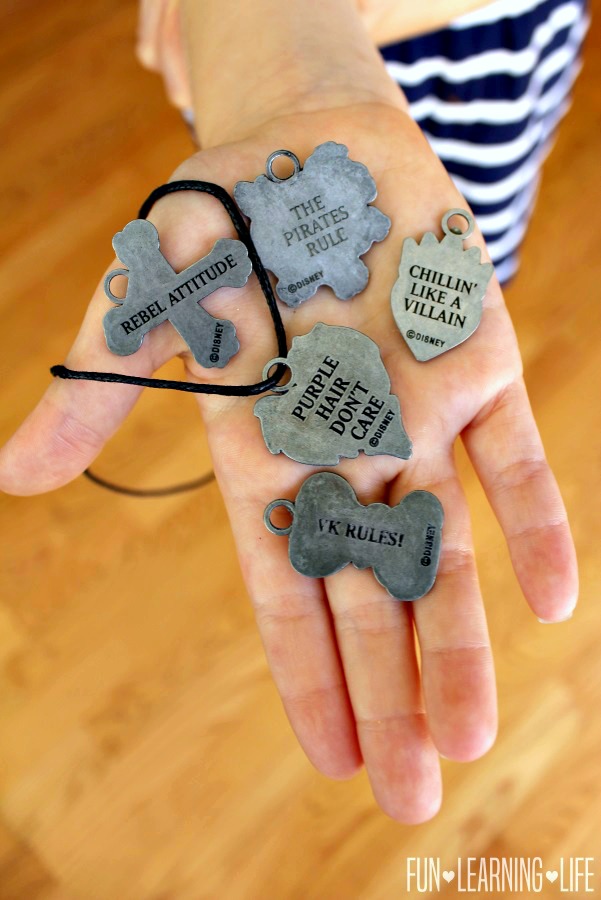 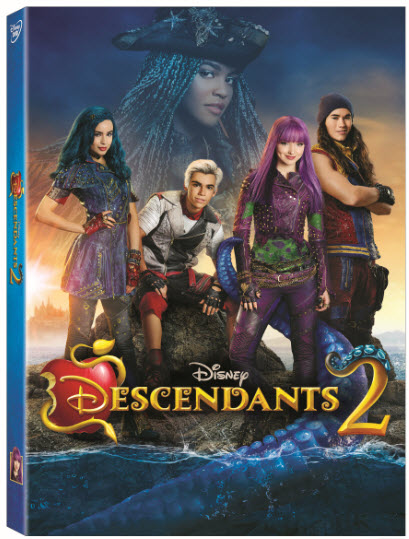 Have you watched this movie yet? Who is your favorite character or characters of the Descendants?

Look for this TV-Y DESCENDANTS 2 DVD in stores and online August 15th for the retail price of $19.99.

We really enjoyed this movie and thanks to Disney Home Entertainment, (1) One Lucky Fun Learning Life Reader will receive a copy of the DESCENDANTS 2 DVD, a $19.99 Value!

*Participants must be 18 years or older to participate and live in the United States. Odds are based on the number of entries, and by participating, you agree to these terms and the laws set forth by your individual state. Entries will only be accepted through the Rafflecopter Form, and Fun Learning Life is not responsible for disruption of the page or service which could cause problems with entering. The winner will be contacted through email (make sure you check your spam or junk mail) with the Subject line “DESCENDANTS 2 DVD Winner”. Shipping information, including email, phone, and address will be collected at that time. The winner has 48 hours to respond, after that an alternate will be chosen, and so on and so forth. Fun Learning Life does not sell personal information. The prize will be fulfilled by the PR Firm. Fun Learning Life does not share information with 3rd parties unless specifically expressed in a specific promotion or giveaway. This giveaway is not associated, nor sponsored by Facebook.