During a recent trip to Los Angeles I got an opportunity to see an advanced preview of Disney Channel’s newest TV show called ANDI MACK as well as participate in a chat with the talent of the show. After watching the series premiere, I was inspired to put together an easy Straw Bracelet Craft for my kids.

A special thank you goes out to Walt Disney Studios for providing press materials as well as sponsoring my trip and accommodations to the Be Our Guest Event. Opinions expressed are that of my own.

ANDI MACK is a contemporary, coming-of-age story about a relatable girl who’s trying to determine where she fits in — and the many amazing ways she can live her life.

Andi has been raised to live on the safe side but on her 13th birthday, she takes off the proverbial training wheels and eagerly goes headlong into her teenage years. At every twist and turn, she’s anchored by a loving albeit complicated family and her loyal best friends, Cyrus and Buffy. 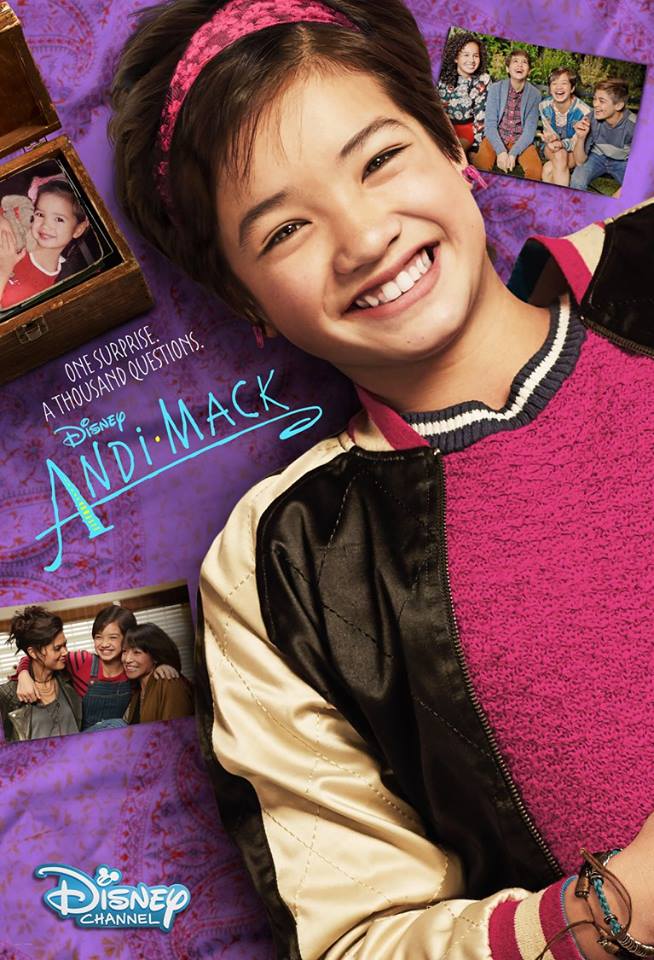 Peyton Elizabeth Lee (Andi) revealed, “…There will definitely be a lot of things that kids watching will hopefully be like, ‘oh yeah, I felt like that before or I’m not the only person who’s felt like that’… I think kids around the world will be able to look at it and say, I’m not alone in this.”

This definitely applies to my eleven year old son, so I get the struggles that pre-tweens are facing. They are trying to find their identity, all while feeling that they may be odd or different from everyone else. All this can be triggered by the changes going on with their bodies, changes going on in school, and changes with their friends as well as family dynamics. 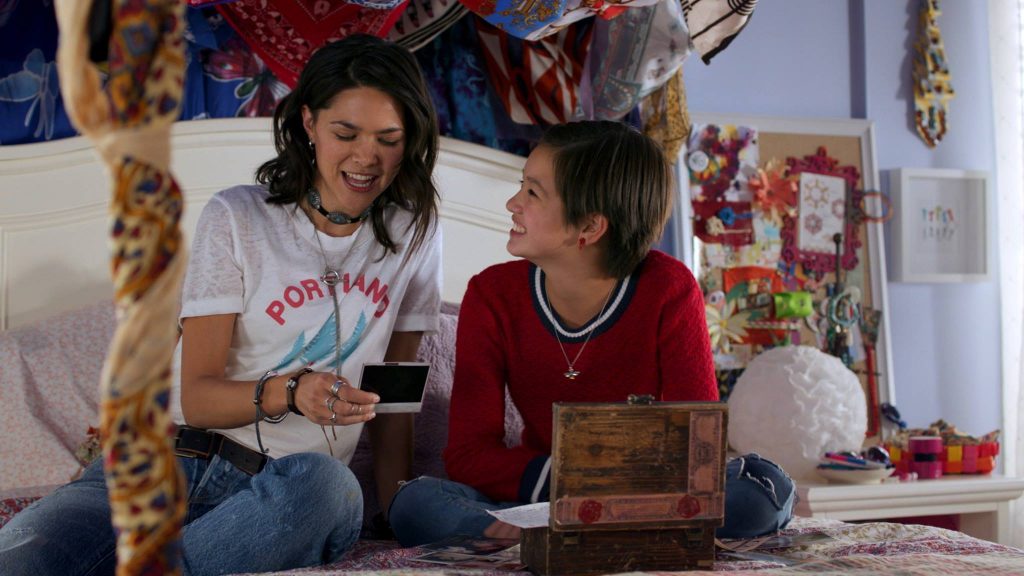 Terri Minsky, the creator of Disney Channel’s hit series “Lizzie McGuire”, as well as ANDI MACK shared with our group, “…teenage girls have essentially never changed… I just think the whole experience of thinking, ‘this is the best day, this is the worst day.’ They’re like this volatile up and down, and everything is like, ‘you don’t understand… you’ve never had this…’.”

As a parent many times, all I can do is stand by and observe as the emotional roller coaster glides through the room. I try to offer advice to my son when he is willing to stop and listen, however sometimes just being there is all that matters. 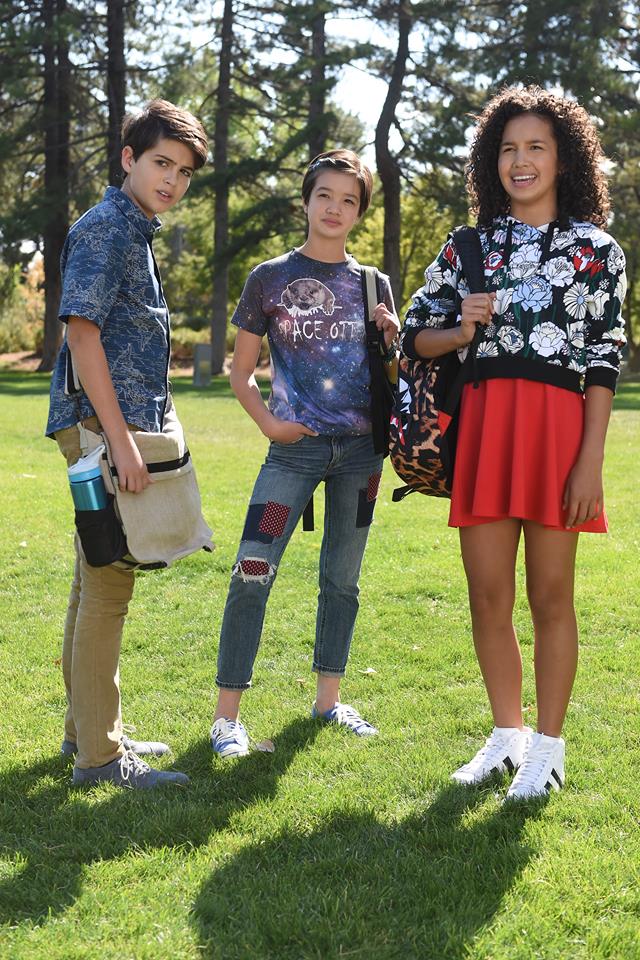 Now one of the aspects that stuck out to me about Andi Mack is that she is crafty. She expresses her individuality by creating items with her hands, that is totally my son.

Peyton explained about herself, “I definitely have always loved drawing and arts and crafts. I think Andi is more talented than I am. She has a ton of patience for that little stuff that I don’t have.” 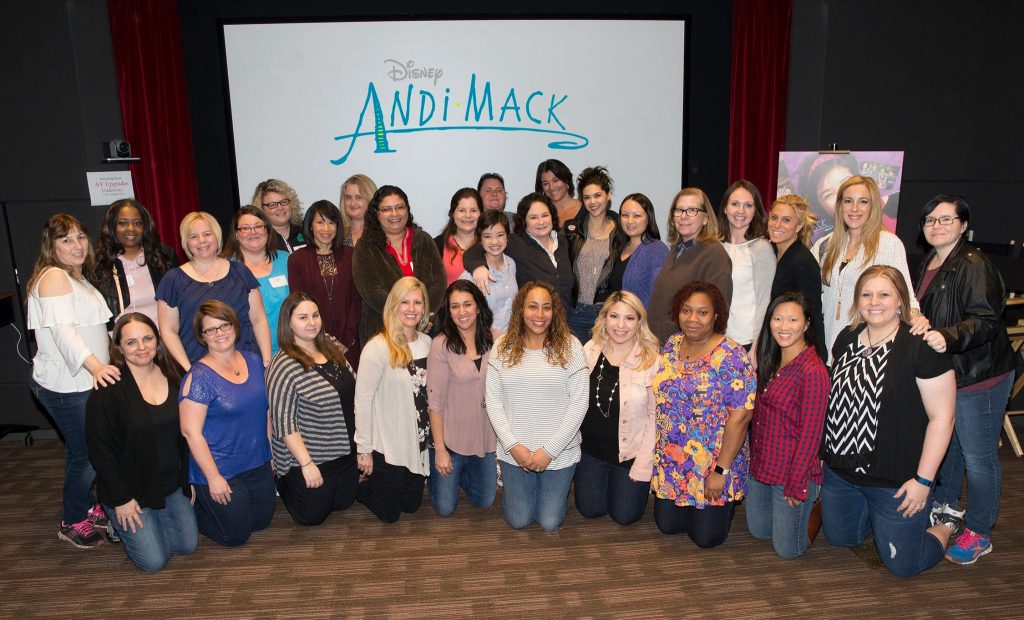 Speaking of all that craftiness, in my house have a huge supply of origami sheets, loom bands to make bracelets, cross stitch material, as well as a supplies to create pot holders.

My kids really need this kind of outlet to burn off steam and because of this I decided to put together a Straw Bracelet Craft for them inspired by the craftiness of Andi Mack! (Plus it is a fun way to upcycle and keep the straws out of the trash.) Check out how to make your own below! 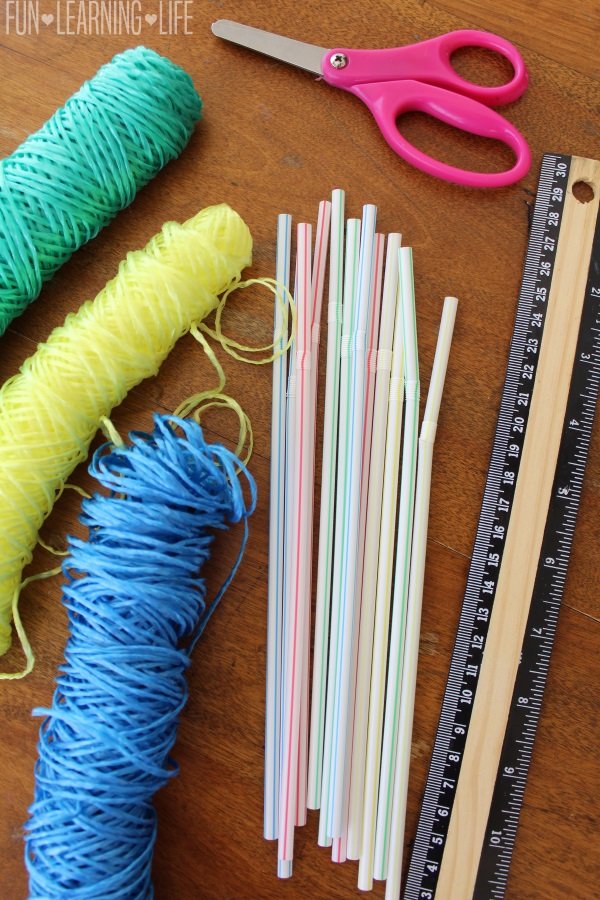 First measure out 3 pieces of 18-24 inches of twine. Then overhand knot all 3 at the top.

Next cut out 18 pieces of a clean straw approximately 1 cm each. (Safety Tip: Do this away from your face since the pieces tend to pop off.) 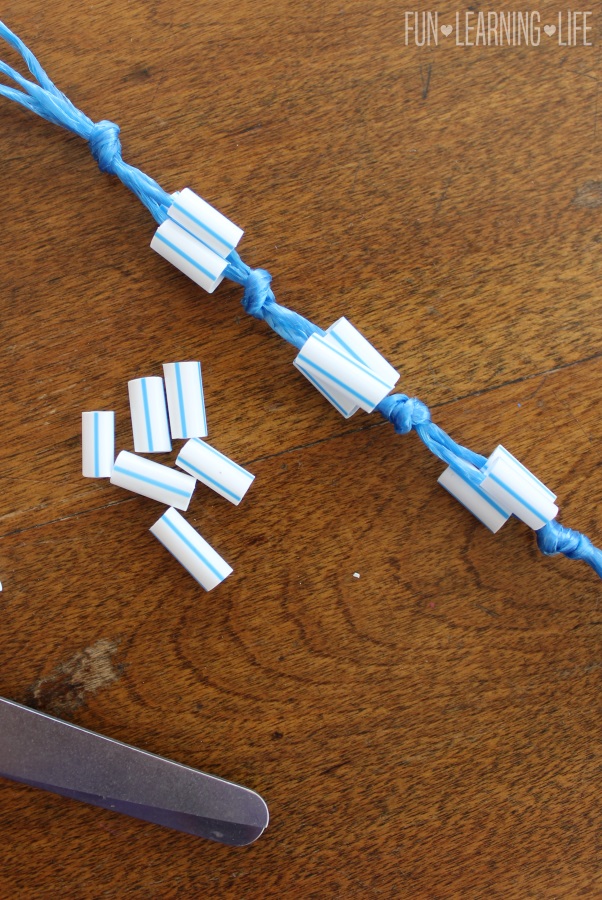 Then start to put one piece of straw on each strand of twine. Once you have the first set of 3 in place, overhand  knot again.

Tip: If you are looking for this twine or extra straws, check out your nearest Dollar Tree. 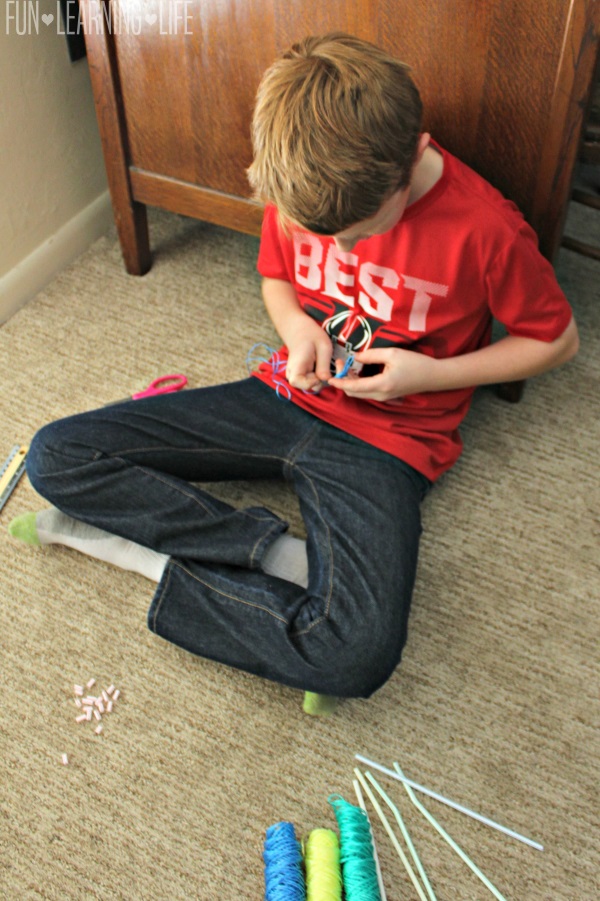 Continue to do this until you get the desired length or you run out of straw pieces. 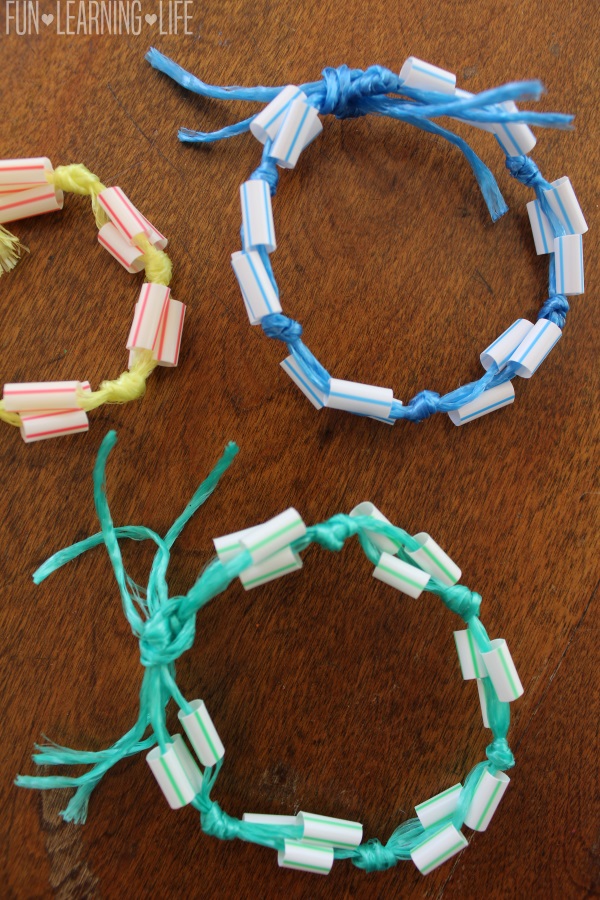 To finish, tie the bracelet at both ends (another overhand is the most secure, but you can just tie and knot the ends together as well). I also suggest making the bracelet large enough so it can easily be slide off and on the wrist.

Not only is this Straw Bracelet Craft a boredom buster, but it makes for a fun vacation time activity. 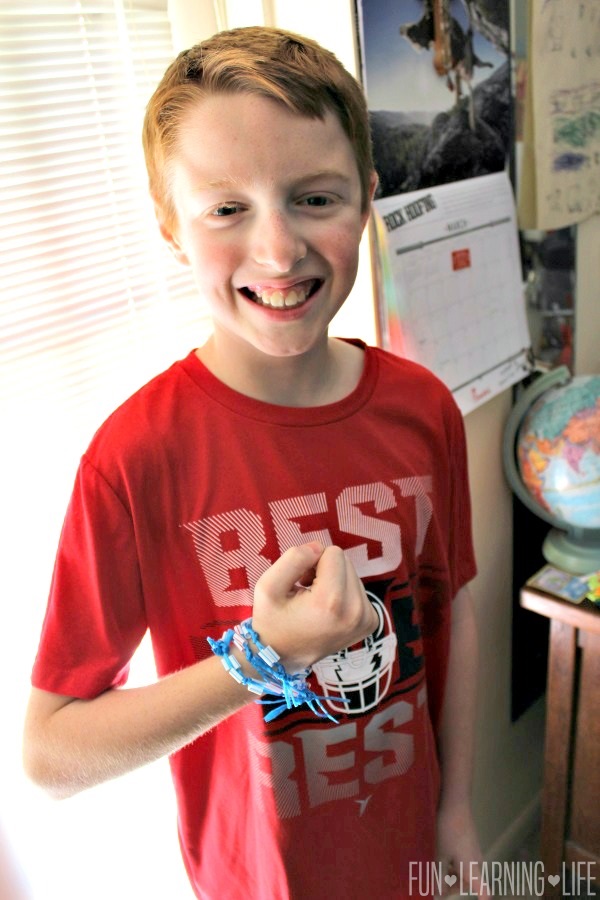 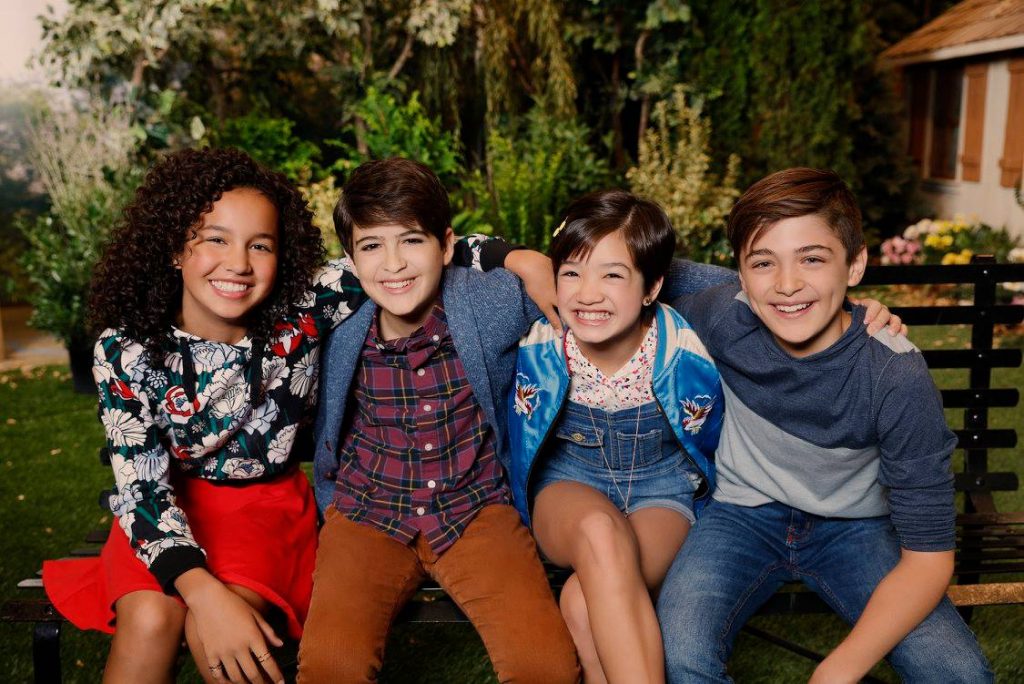 In the Disney Channel Premiere “Tomorrow Starts Today” – Andi’s family life is thrown for a loop when her big sister, the freewheeling Bex, returns home on the eve of her 13th birthday. It begins with Bex arranging for Andi to train for Ultimate Frisbee with the cutest guy at school, Jonah Beck, who she learns has a high school age girlfriend, Amber. Andi also grapples with telling her best friends Buffy and Cyrus some big news, but is preoccupied making Jonah Beck a bracelet, at his request. Meanwhile, Cyrus becomes the Space Otters’ official Enthusiastic Supporter, helps them win their first game.

WATCH THIS GREAT VIDEO ABOUT THE SERIES

I hope your kids gets enjoyment out of this craft as well as the series!