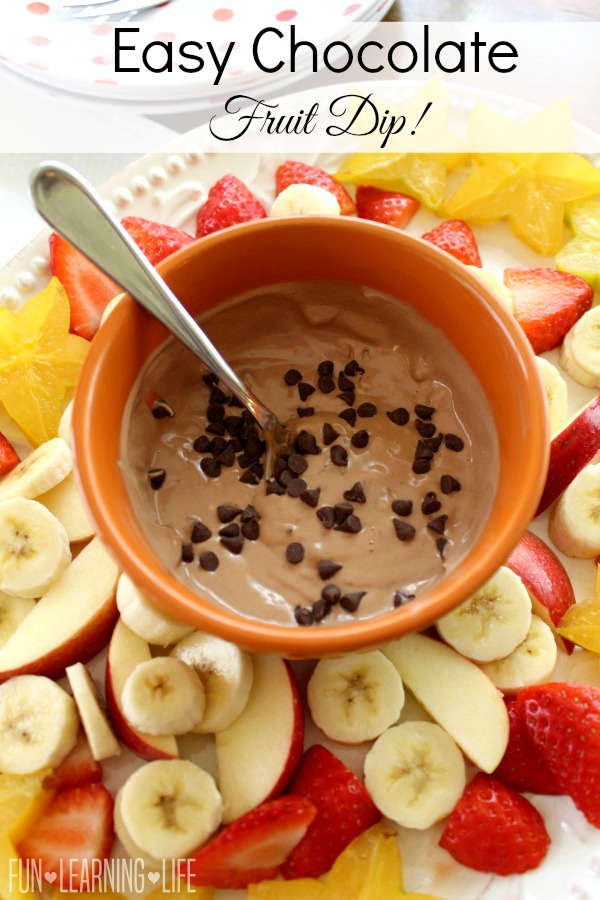 Looking for a way to add extra fruit into your family’s day? Well when you put together this Easy Chocolate Fruit Dip, “They’ll Ask For Seconds” (well at least my kids do).

The following recipe and post is sponsored by the Amazon Kids Original Series Just Add Magic. Since no magic was involved, results with your family may vary on whether or not they actually ask for seconds. 😉 Opinions expressed are that of my own. 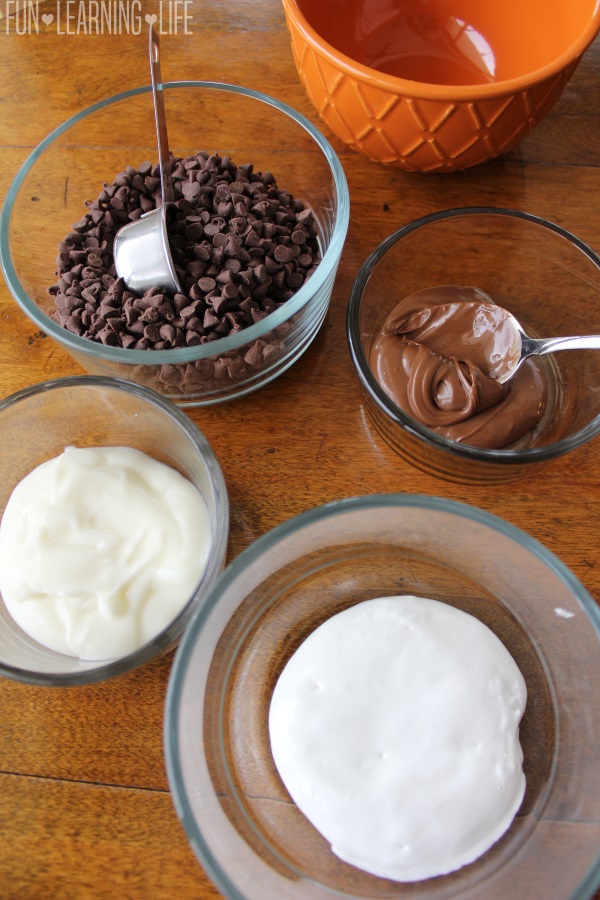 Over Christmas break, my kiddos and I decided to get caught up on Amazon Kids Original Series Just Add Magic.

Well I can tell you that after watching the first episode, we were totally hooked and proceeded to get caught up on what had been happening to Kelly, Darbie, and Hannah as they use a magical cookbook in Saffron Falls. Plus, we began to reveal the mystery between the silence of Grandma Quinn, the local shop keeper Mamma P, and the scary piano teacher, Miss Silvers. 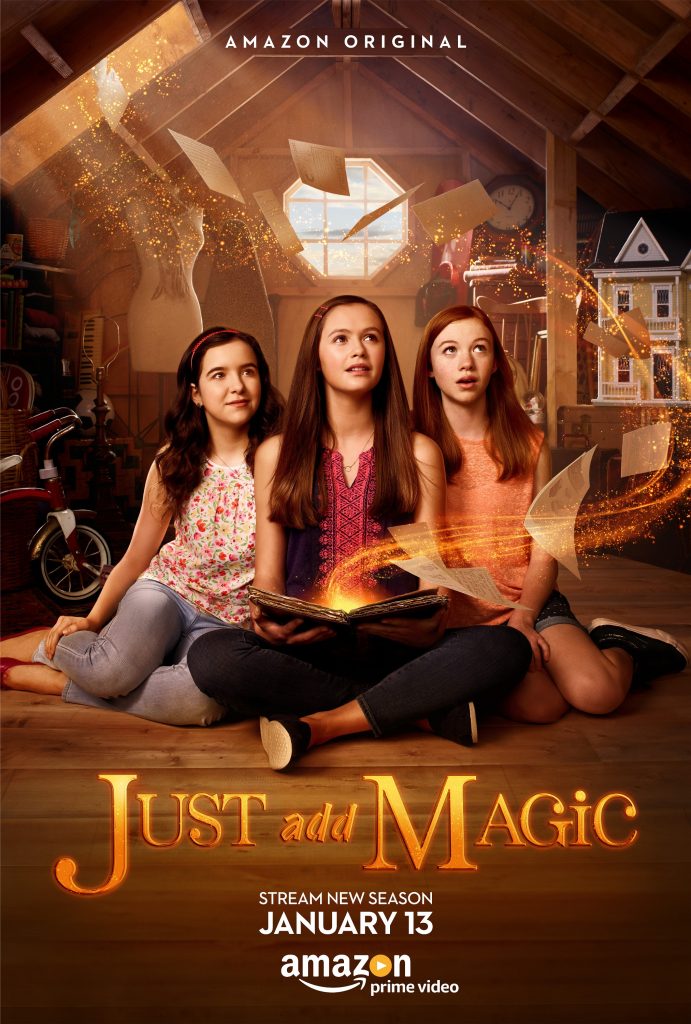 My kids have totally gotten a kick out of watching the main characters create havoc while they cook with magical spices. This experimenting with recipes like Hazelnut Healing Tart and Brain Boosting Bolognese leads Kelly, Darbie, and Hannah to find clues, teaches them to help out one other and friends, and ultimately saves their community.

Now just to give you an idea of how good the series Just Add Magic is, the first season was the most streamed kids 6-11 Amazon Original Series to date. Get caught up now by streaming exclusively through Amazon Prime via the Amazon Prime Video app for TVs; connected devices, including Fire TV; mobile devices; and online. Season 2 Premieres on Prime Video 1/13/17. 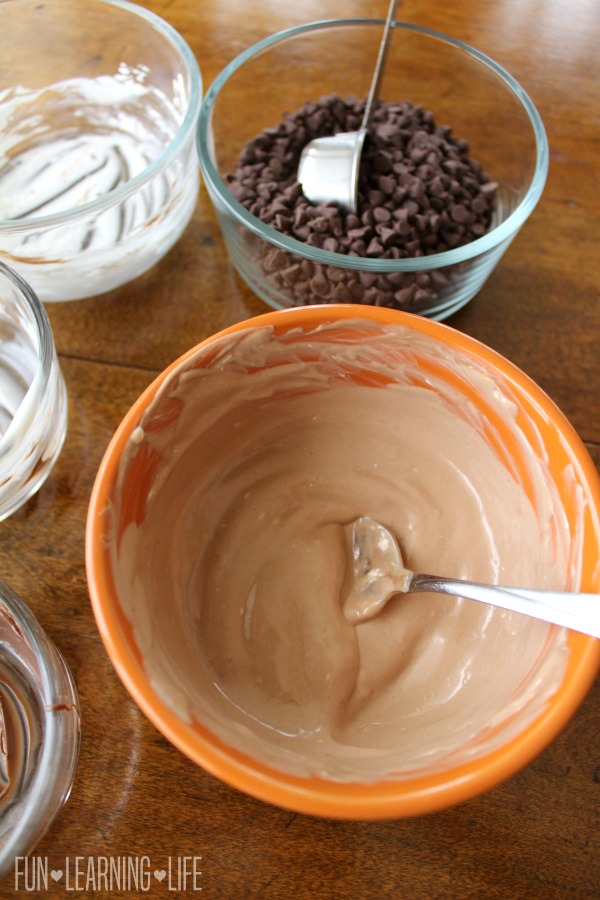 We have enjoyed spending time watching this together, and it even inspired a delicious (and what I consider quite magical) recipe. The kiddos and I even gave it a fun name like the ones in the series. 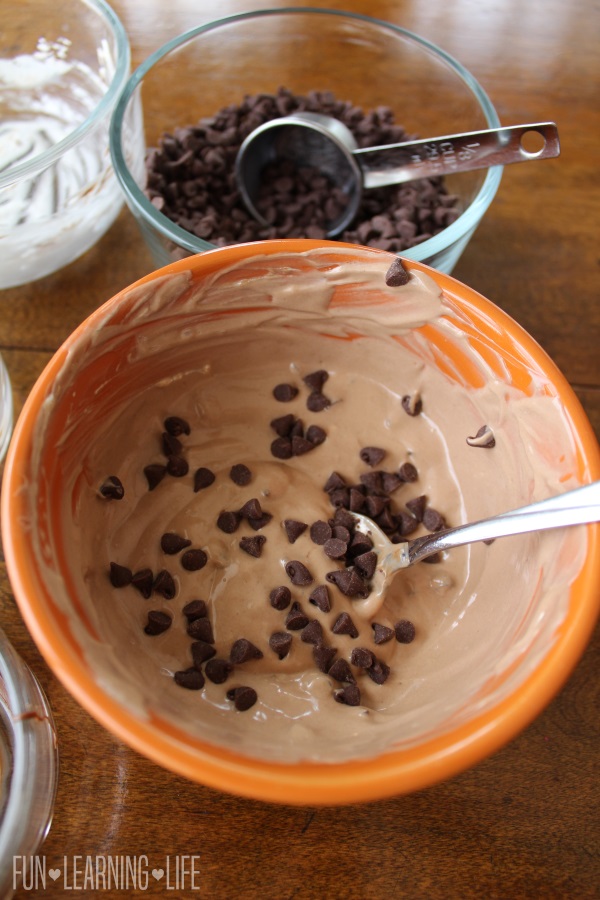 Combine the Marshmallow fluff, Vanilla Yogurt, and Hazel Nut Spread completely.  You will know once all of the fluff disappears.

Then add in the mini chocolate chips and stir. (FYI make sure they are not Cocoa Nibs from Mama P, they may not give you the same result).

This Easy Chocolate Fruit Dip is then ready to serve and it is so good, “They’ll Ask For Seconds”. 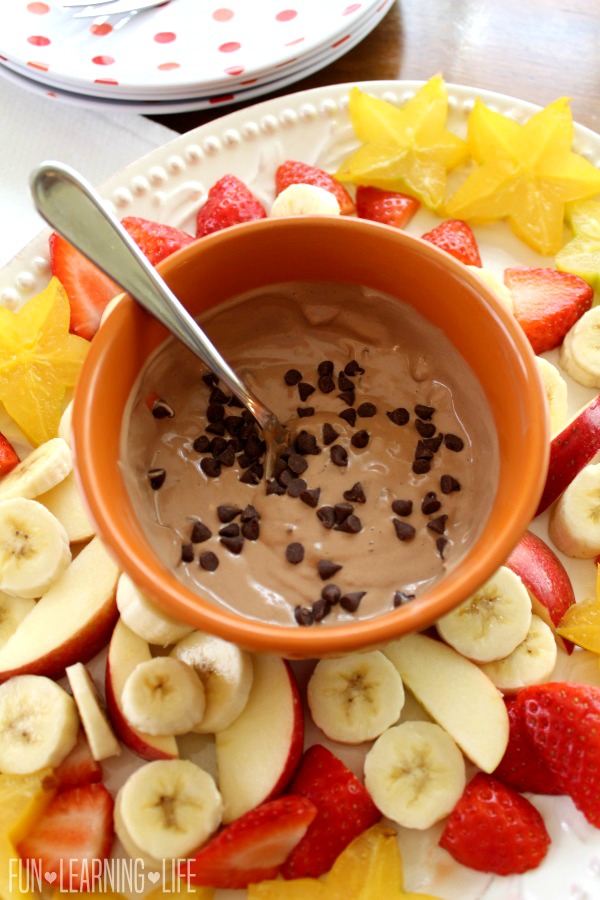 Can’t decide which fruits to serve alongside your dip? We have enjoyed dipping apples, strawberries, bananas, and star fruit.

Plus, be sure to see how we made the dessert via our video above and hear commentary about the Just Add Magic Series! 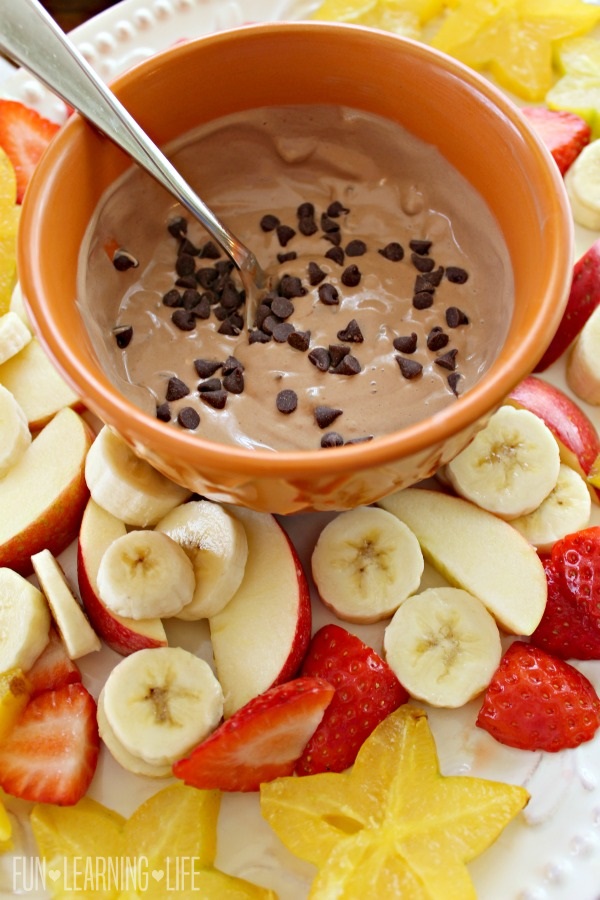 Based on Cindy Callaghan’s book of the same name, Just Add Magic for kids, tweens and their families follows the adventures of Kelly (Olivia Sanabia, Extant) and her two best friends, Darbie (Abby Donnelly, Suburgatory) and Hannah (Aubrey Miller, Austin & Ally), who stumble across a mysterious cookbook and discover that its recipes are far from ordinary – they’re magical! 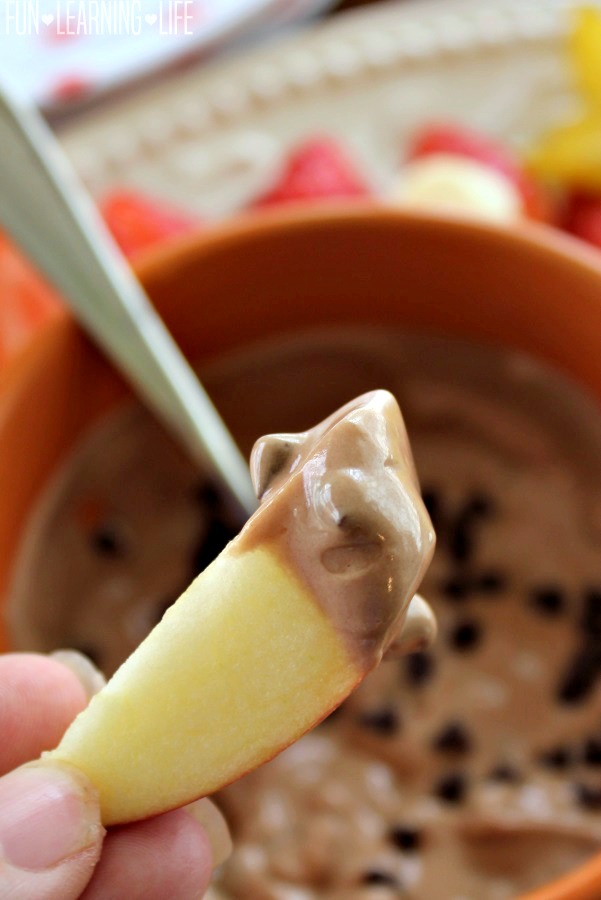 In Season Two, the girls work together to continue to unravel the mystery surrounding the reappearance of a mysterious Teenage boy named Chuck. He has been missing since 1965 and returns to Saffron Falls without aging a day. Is he there to steal their magical cookbook? Or what does he really want?

Find out more when you stream Season 2 of Just Add Magic 1/13/17 on Amazon Prime Video.

We can’t wait for Series 2 to premiere and will be making our Fruit Dip to eat as we watch. We hope your family enjoys the newest season of Just Add Magic as well!