A special thank you goes out to Dreamworks Animation and Chase for inviting my family to a special Kung Fu Panda 3 advanced screening event! 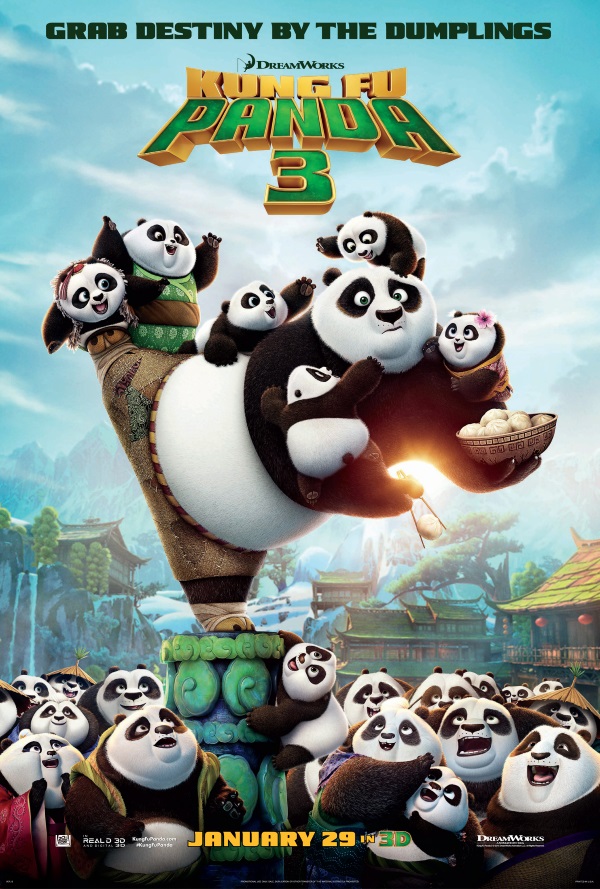 Recently, I took my 2 older children to see a special advanced screening of Kung Fu Panda 3. After sitting along side them, I can tell you that this is definitely a movie for the entire family.

Before we went, we watched (and rewatched) the first 2 movies and this film stays in line with the existing level of humor, action, and Po’s desire for all things noodle and dumpling. 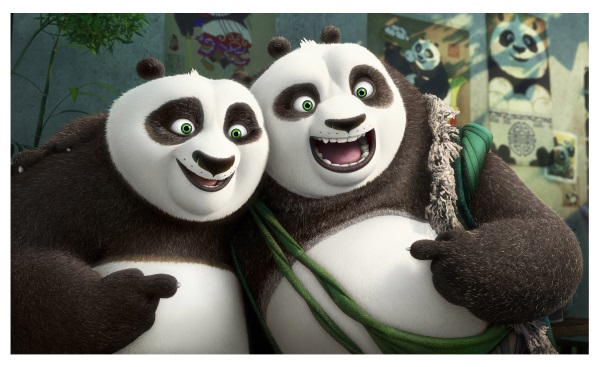 Now onto the 5 Reasons To Take Your Family To See Kung Fu Panda 3:

1. It has an excellent Back Story – Not only do we find out details of a secret group of Pandas, but you also see how they ultimately affected Po becoming the Dragon Warrior. Plus you see more of his origins through the eyes of his father Li as well as how the past created the envious Villain Kai and his beef with Master Oogway.

2. The Animation – Between Kung Fu, the Spirit Realm, and even the blades on Master Chicken, I just appreciate the details. For me it is all about settings that truly immerse you into the scene, whether photos on a wall, the movement of objects around the characters, and elements of nature such as a waterfall, sunlight, clouds, or simply the stars in the sky.

3. Lots of CUTE PANDAS – There are Baby Pandas, Grandma Pandas, Pandas that like to HUG, and then there is SASSY Mei Mei. These fun animals like to eat, they like to roll, and apparently they have special powers. 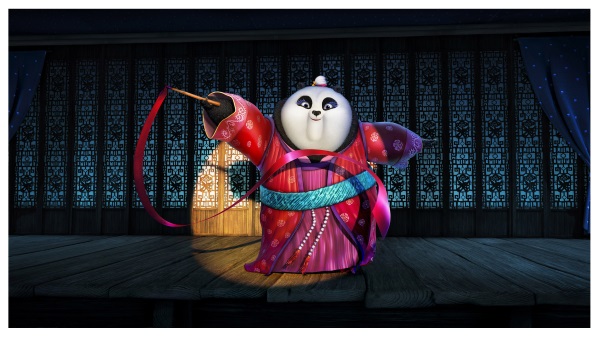 4. There is a Life Lesson – In the film, Po gets placed into the role of teacher and thinks he can not fulfill his duties unless he becomes someone else. This makes him worry that he is not up to task and also where one of my favorite film lines from Master Shifu comes in, “If You Only Do What You Can Do, You Will Never Be More Than You Are Now.” Through self discovery, Po realizes that it is important to be yourself as he is training the Pandas to fight. Everyone has different strengths, it is how you use them that makes the difference.

5. The smiles on my kids faces – The fact that they were not talking means my children were totally drawn into this film. They were laughing, obviously getting the punch lines, and really enjoyed all the new and existing characters on screen.

Check out their quick reviews of Kung Fu Panda 3:

My 9-Year-Old Son states, “I like this movie because it is funny, and you can learn a lesson to compare to real life. I also thought it was cool when Po was teaching the other Pandas to be warriors. Another thing I liked, was learning about what happened before the first movie.”

My 7-Year-Old Daughter states, “The movie was good and I like it because there are funny parts. I liked the scene when Po met his Panda Dad for the first time and they played with Kung Fu Weapons. It was also funny when the bad guy Kai scared the goose into laying eggs.”

In 2016, one of the most successful animated franchises in the world returns with its biggest comedy adventure yet, KUNG FU PANDA 3. When Po’s long-lost panda father suddenly reappears, the reunited duo travels to a secret panda paradise to meet scores of hilarious new panda characters.  But when the supernatural villain Kai begins to sweep across China defeating all the kung fu masters, Po must do the impossible—learn to train a village full of his fun-loving, clumsy brethren to become the ultimate band of Kung Fu Pandas!

Who will you be taking to see Kung Fu Panda 3? Any favorite characters from the previous 2 films?

Kung Fu Panda 3 is Rated PG and in Theaters Friday January 29th! For more details on the movie visit kungfupanda.com