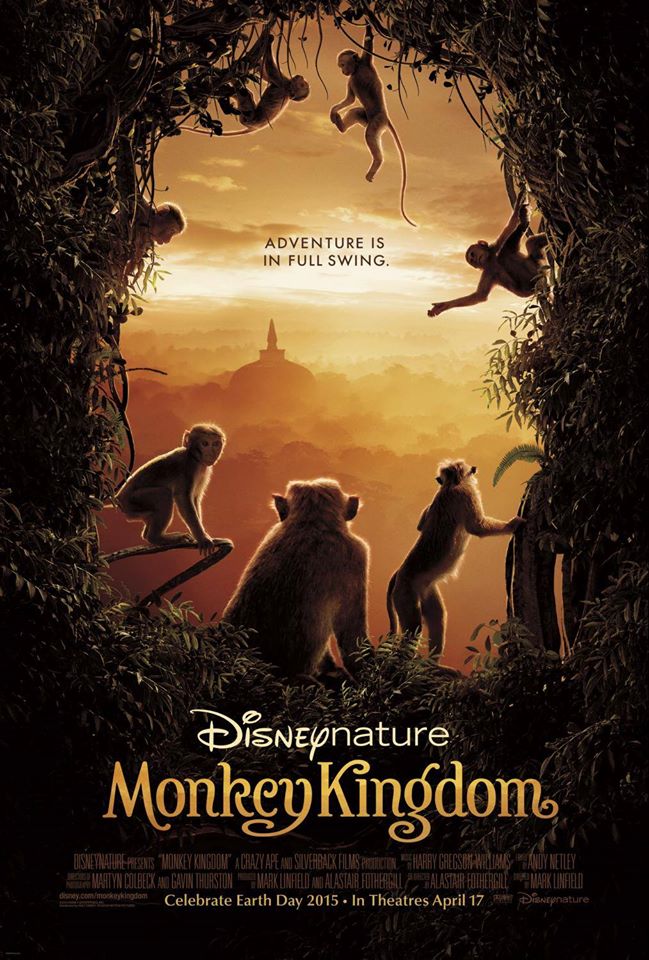 Thanks to Disneynature, I was invited to see an advanced screening of the new film MONKEY KINGDOM. Be sure to read the details below for more information on how you can help the environment through purchasing tickets opening week. 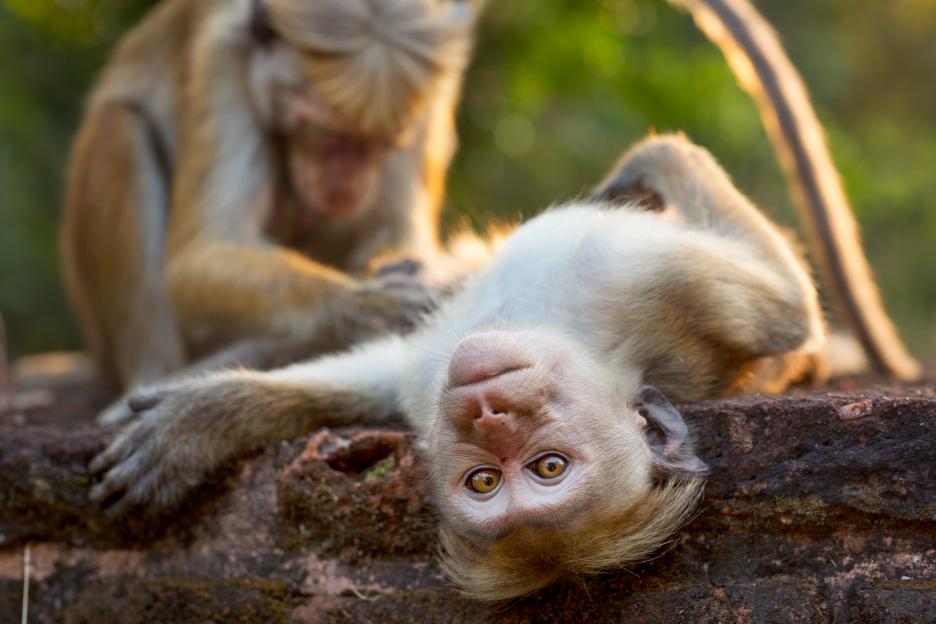 MONKEY KINGDOM is what I would like to describe as an entertaining, fun, and educational family film. With an opening scene set to the theme of “Hey Hey We’re The Monkeys”, it doesn’t take too long to realize that these adorable animals actually do like to play around.

Narrated by Tina Fey, this Disneynature production was filled with plenty of humor with great timing in her interpretations of characters actions and reactions of the animals throughout the movie. Life in the wild can be tough, and this production also does a great job of showing the monkey’s real struggles when it comes to food, shelter, rival animals, and predators. 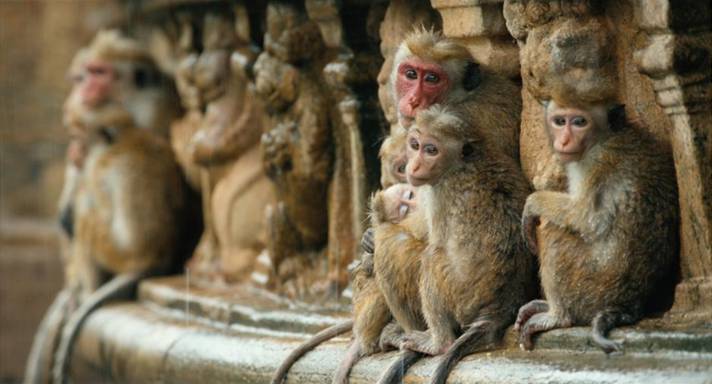 To give a little background on these monkeys, they are called Toque Macaques. Coexisting with humans in South Asia for centuries, just like people, they are social animals and live in family units called troops. Residing on the island country of Sri Lanka, these endangered animals live among the ruined shrines and temples in the revered ancient capital of Polonnaruwa.

They are extremely important to their home environment, since they help disperse seeds that will eventually provide future food and cover for animals in the area. For more information about the Toque Macaque visit Disneynature Monkey Kingdom Family Activity Packet or check out my Interview with Disneynature Ambassador Dr. M. Sanjayan. 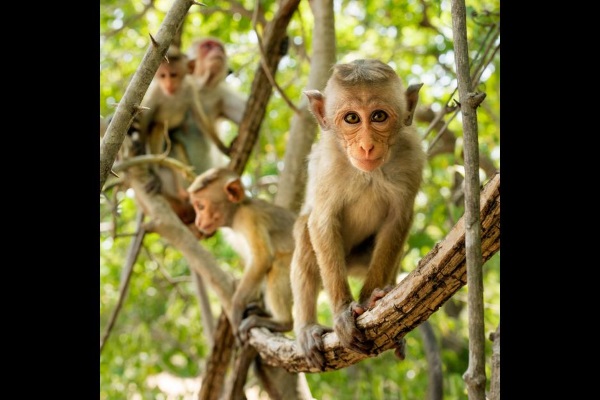 MONKEY KINGDOM specifically tells the story of one of these Toque Macaques, a female named Maya. In her community known as Castle Rock, she is at the bottom of the social structure and has to navigate the hierarchy of the dominate male Raja, and the 3 not so very nice females (AKA The Sisters) in order to eat, sleep, and even find a mate.

In other words, she is just trying to survive. 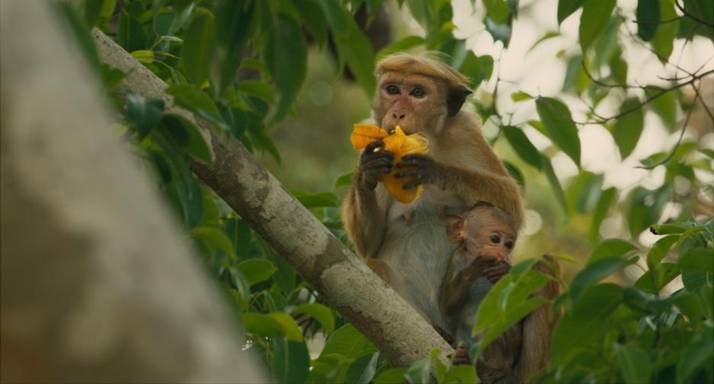 To complicate matters a little more, Maya then gives birth to an adorable baby boy. Unfortunately though she has to provide for him alone as the sole parent.

Needing to find food in order to feed her baby, she does become quite efficient in her quest. This eventually serves her well when she is forced from her home into living in the human world. 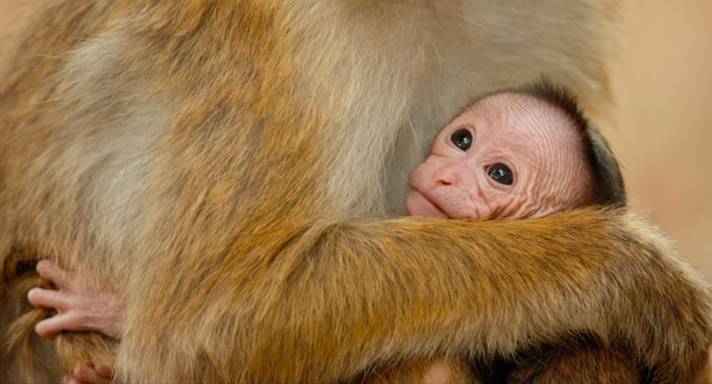 In this new environment, Maya and her troop become skillful in locating meals as well as setting-up shelter.

Towards the end of the story once they find their way back to Castle Rock, Maya’s strength helps her finally secure a better life for Kip and also leads to a sweet surprise and happy ending for this family. 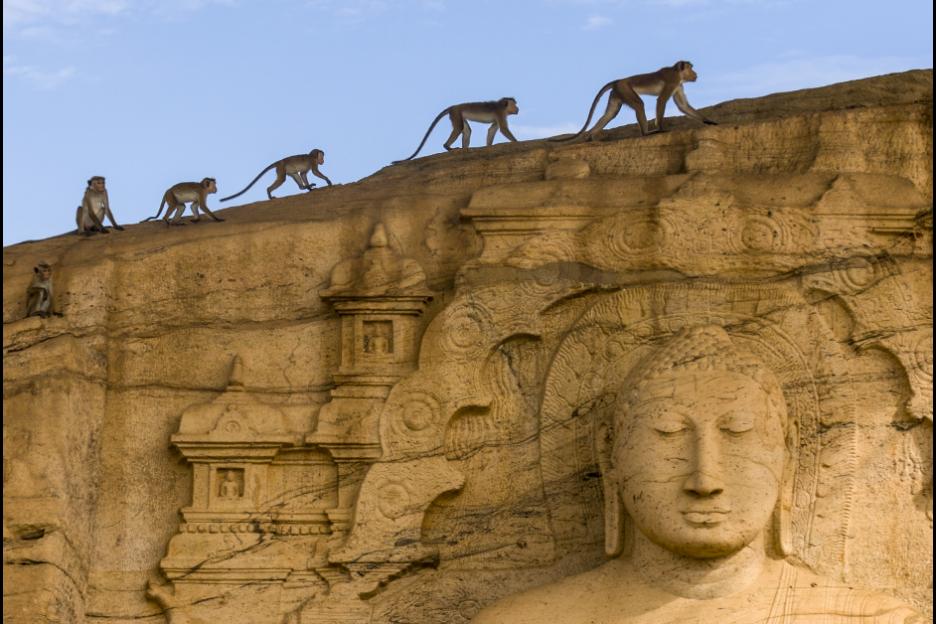 This story introduces the audience to cast of characters like the studly Kumar (he even has a theme song) and an extremely elderly Grandpa Monkey, as well as an anti social mongoose, bears, and simple-minded langur monkeys.

There are also scenes with elephants in the jungle and lurking predators like leopards and monitor lizards. 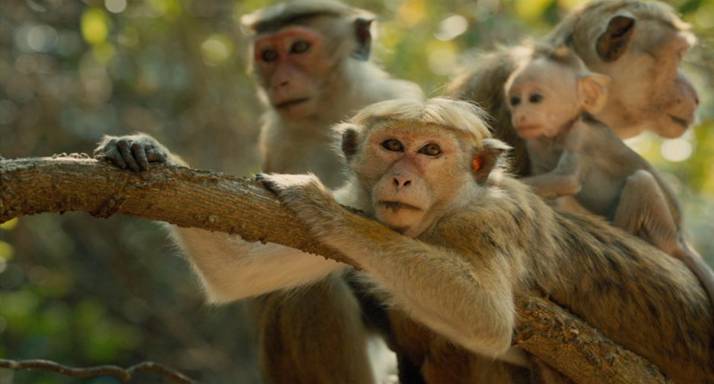 The cinematography in this film is absolutely gorgeous and breathtaking. Between a rainbow over a waterfall, a night-time lapsed scene over the ruins, and just the monkeys being themselves, it really is beautiful.

Note to parents: There is a scene where a Monkey is killed by a monitor lizard (not graphic just shows it being taken away), as well as a Monkey lying dead after a battle with rival monkeys (not gruesome and something is said similar to, the monkey’s have lost one of their own ).

You Can Help Endangered Animals!

For every ticket sold opening week (April 17-23, 2015) to Monkey Kingdom, Disneynature will make a donation in your honor to Conservation International to help protect monkeys and other endangered species in their natural habitats.

Who will you be taking to see Monkey Kingdom? What do you hope to learn from the film?

Monkey Kingdom is rated G and hits theaters on April 17! For more information on the film visit nature.disney.com/monkey-kingdom.

I am looking forward to taking my children to see this film, I know they will enjoy it. 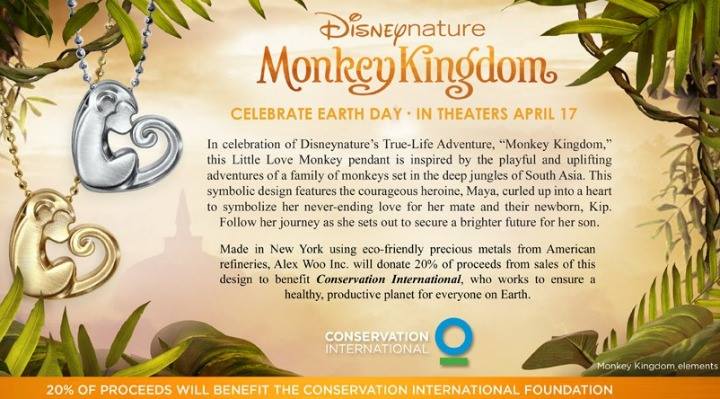 Be sure to enter to enter the giveaway below for a chance to win an Alex Woo Little Activist Love Monkey in Sterling Silver, this is a $158 value. FYI, Alex Woo Inc. will donate 20% of proceeds from sales of this design to benefit Conservation International, who works to ensure a healthy, productive planet for everyone on Earth. 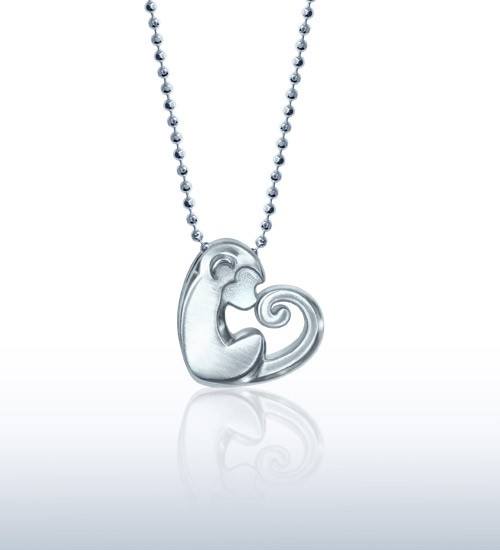