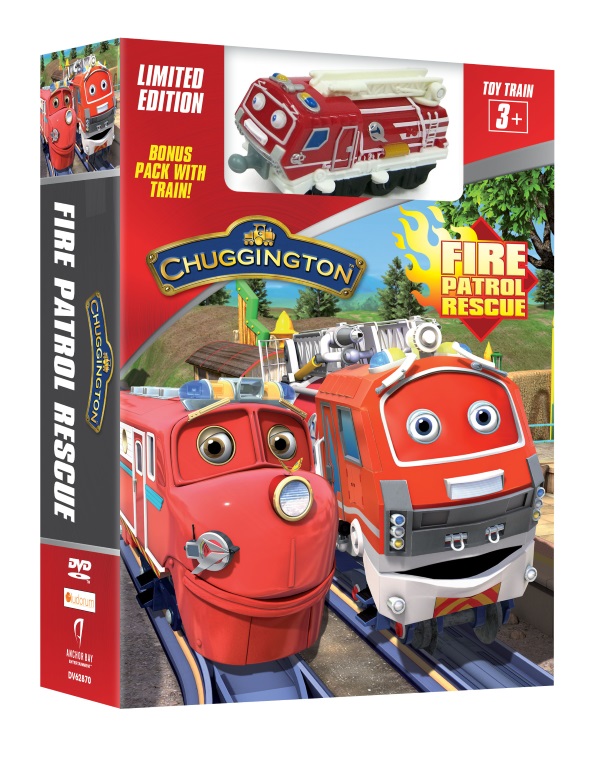 Thanks to Anchor Bay Entertainment, I was sent a fun package to celebrate the release of the Chuggington’s newest DVD Fire Patrol Rescue, available March 31st. 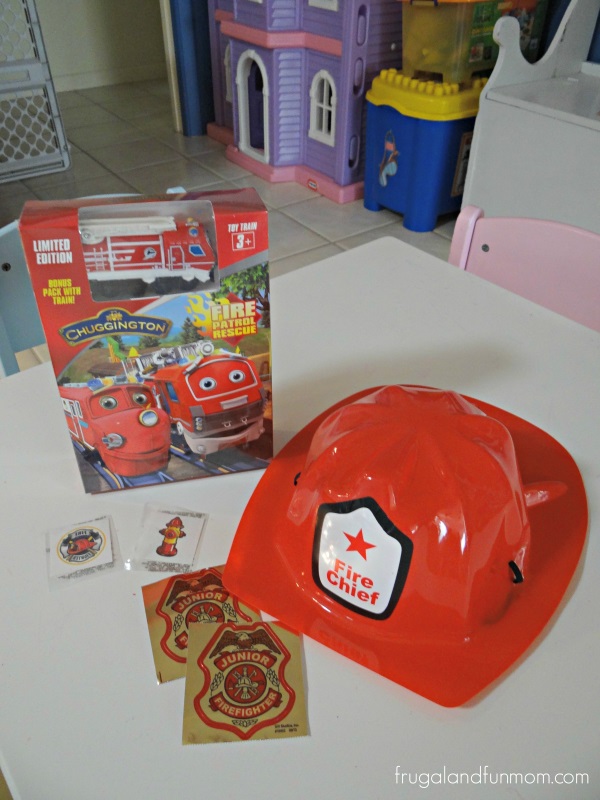 These shows relay how the trainees learn via trial and error, team work, and through the guidance of more seasoned chuggers like Asher, a fire fighting train.

Chuggington: Fire Patrol Rescue DVD includes 6 episodes: Blazin’ Wilson, Round Up Wilson, High Rise Rescue, Park Patroller Wilson, Stop the Press Emery, and Scrub a Chug. In addition, it also has a Badge Quest Episode called “Who Do You Appreciate” as well as Calley and Skylar Character Montages, and Coloring & Activity Pages. 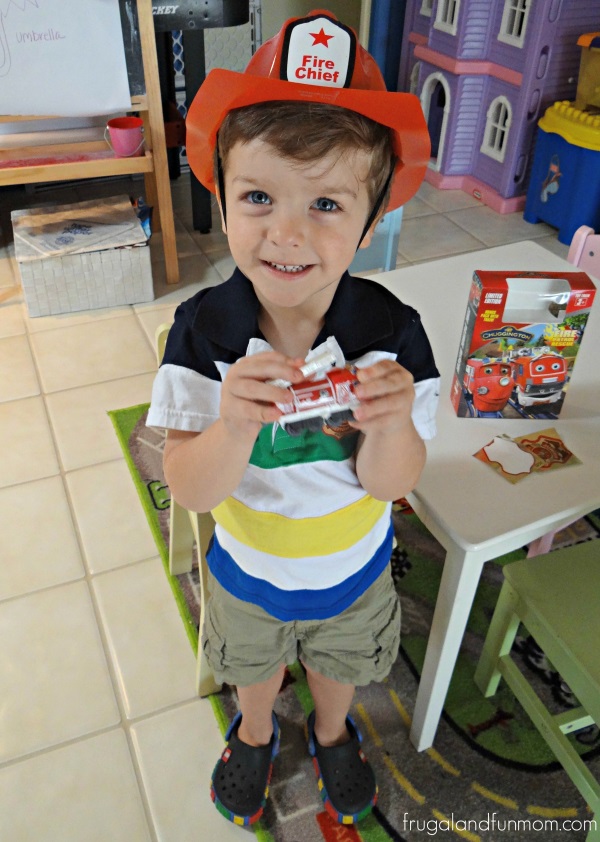 In honor of the new DVD and Chuggington Fire Patrol Rescue Day on March 31st, here are Fire Safety Tips compliments of Firechugger Asher and the National Fire Protection Association:

Create a home escape plan so every member of your family knows what to do and where to go if there’s a fire. Designate a meeting spot, such as a tree or mailbox, that’s a safe distance from the home. And practice your home fire drill both at night and during the day.

Keep matches and lighters out of sight and out of reach from children. Store them up high, preferably in a locked cabinet or drawer. It’s also important to teach kids that lighters and matches are tools for adults only and that they should tell a grown-up if they see these items lying around.

Always keep an eye on the stove while you’re cooking, and use a timer as a reminder that the stove or oven is on. Create a “kid-free zone” around the stove as well as areas where hot food and drinks are prepared. And make sure to keep anything that can catch fire, including oven mitts and towels, away from hot appliances!

Smoke detectors are a key part of a home fire escape plan. Make sure to install smoke detectors on every floor of the home, especially inside and outside bedrooms. Don’t forget to test all smoke alarms at least once a month!

If, during a fire, you have to escape through smoke, get low, go under the smoke and close the doors behind you as you leave each room. It’s crucial to remind children that, once outside, they should never go back inside for anything, including pets or toys. It’s best to wait to call the fire department until you get outside and are a safe distance away from the fire.

Asher says, “Follow these blazin’ safety tips and you’ll be in control and ready to roll if there’s ever a fire.”

Do you have a home escape plan? Have you set up a designated a meeting spot?

My son had a great time playing with his new train, and we enjoyed spending time together watching this fun DVD.