“This post was sponsored by Zoomer Dino and I was compensated to write it. Regardless, what I have written is my own opinion and experience, and I hope you find it of use.” 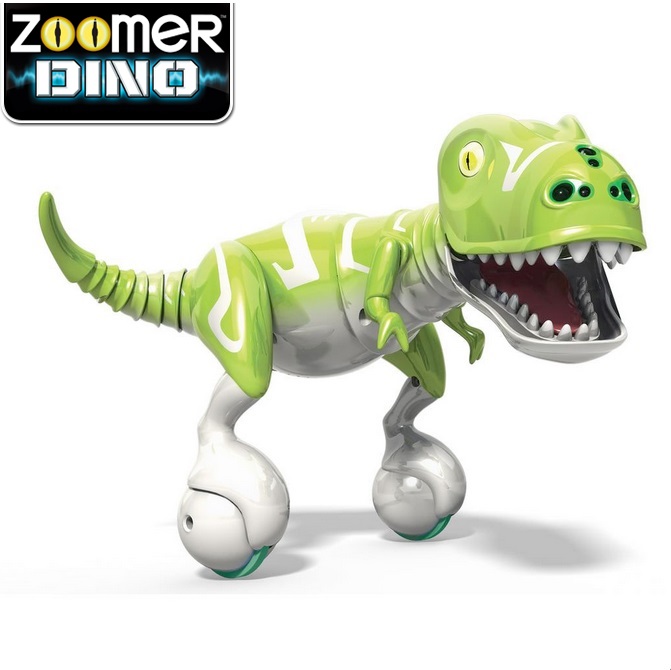 Are you looking for a toy that will totally amaze your kids this Holiday Season?  If so, then you will want to check out Zoomer Dino!

I picked up this robotic remote controlled toy at my local Walmart and by the next day I had to have it open and ready to go.  As soon as I got up, my son was following me around asking when I was going to get him out of the box. 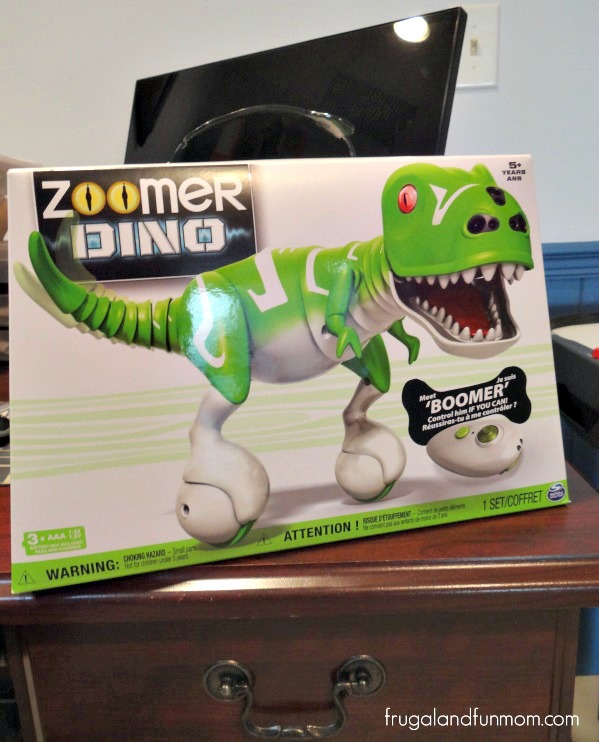 As a parent I must say that I appreciate the assembly of this toy.  Well the fact that there is no assembly.

Set up is also really simple as well. To get started, we simply added 3 AAA batteries to the remote and plugged Zoomer Dino into our computer via a USB Port. 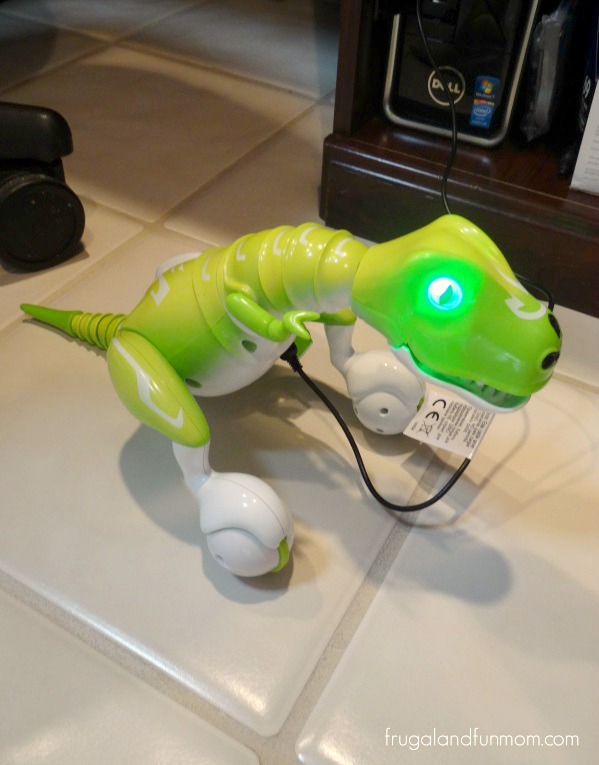 Then, we allowed him to charge till his eyes turned green. This was around an hour.

After that, we unplugged him and let the battery cool for 15 minutes. At that point, I then handed over the directions and let me son tell me how to play with him. 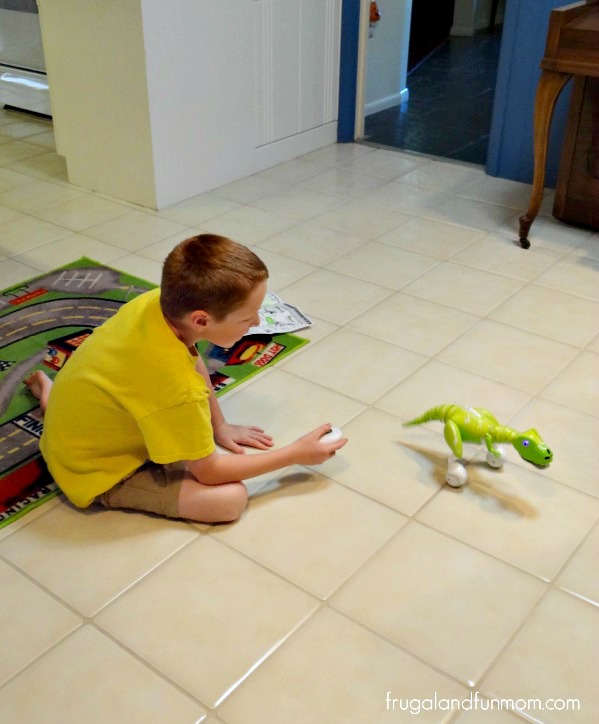 Of course my son immediately started pushing the buttons to experiment with what Zoomer Dino would do, but shortly there after he started reading to get the complete “How To”.

He then proceeded to tell me all about it. 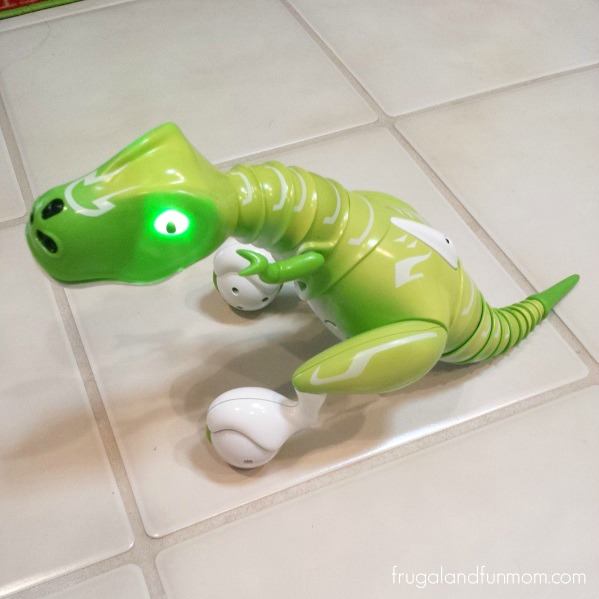 So, here is what I learned about Zoomer Dino:

– His name is Boomer.

– His eye color changes depending upon his mood and that also determines what kind of trick you can do with him.

– You can use hand motions to get him to move his tail, sit, and speak.

– He gets angry if you pull his tail.

– According to my son “He is a WILD ANIMAL”. 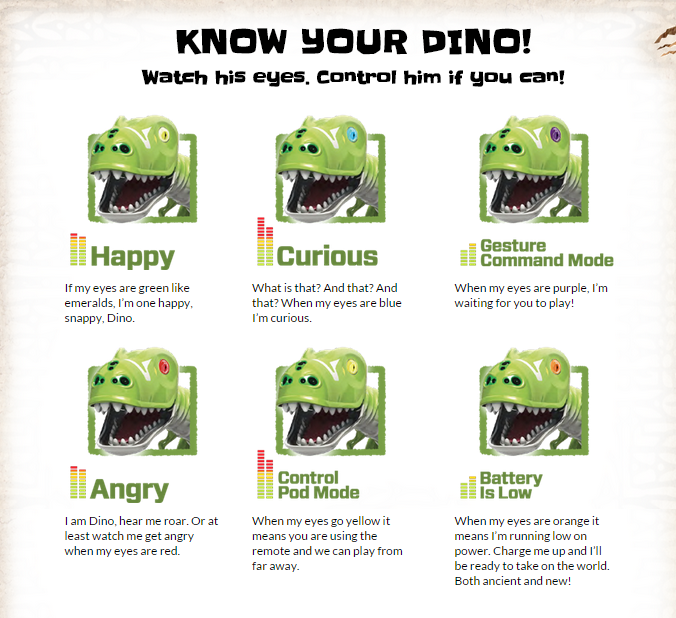 See what my son has to say while his Zoomer Dino is in action.

So what features of Zommer Dino do you like? Who would you give this item to this holiday season?

To learn more about this awesome holiday toy, visit Zommer Dino at Walmart.

Now that my kiddos have gotten Boomer, I have to say it is going to be tough to top it this holiday season. He is a pretty awesome toy!