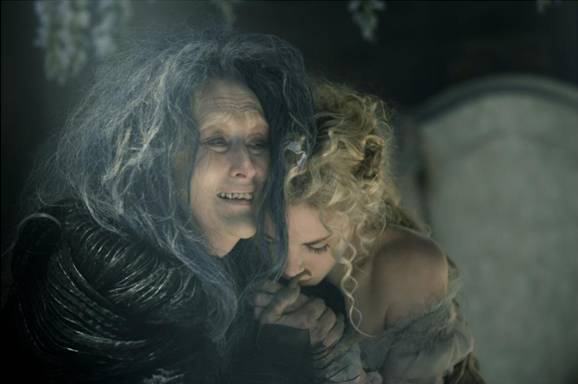 I just viewed the newest featurette for Disney’s Into the Woods and I have to say that I am totally drawn to this film.

Between the actors like Emily Blunt, Johnny Depp, Chris Pine, and Meryl Streep, along with the special effects and music, this production has all the components of what I think will turn into a classic movie.

Check out a preview of “Into the Woods’ for yourself below:

“Into the Woods” is a modern twist on several of the beloved Brothers Grimm fairy tales, intertwining the plots of a few choice stories and exploring the consequences of the characters’ wishes and quests. This humorous and heartfelt musical follows the classic tales of Cinderella (Anna Kendrick), Little Red Riding Hood (Lilla Crawford), Jack and the Beanstalk (Daniel Huttlestone), and Rapunzel (MacKenzie Mauzy), all tied together by an original story involving a Baker and his Wife (James Corden and Emily Blunt), their wish to begin a family and their interaction with the Witch (Meryl Streep), who has put a curse on them.

“…careful what you wish for, you should just look at what you have rather than what you want, because the repercussions of that can be quite dangerous.’ Emily Blunt, The Baker’s Wife in Into the Woods.

Will you be heading out to see this film? Which character are you most intrigued by?

INTO THE WOODS is rated  PG and opens in theaters everywhere on December 25th!

Source of information in this post is from a Walt Disney Studios Motion Pictures Press Release.