I was provided a sample Nanoblock Space Shuttle to facilitate this review.  Opinions expressed are that of my own.

Thanks to Nanablock, I was sent a Nanoblock Space Shuttle for my son to assemble and for me to review here on Frugal and Fun Mom!

The Nanoblock Space Shuttle is intended for kids ages 8 and up. It has very small blocks and can be assembled by hand or with pliers.  This was a set that truly put my son’s building ability to the test. It took 5 days and A LOT of patience, however that is not a bad thing. 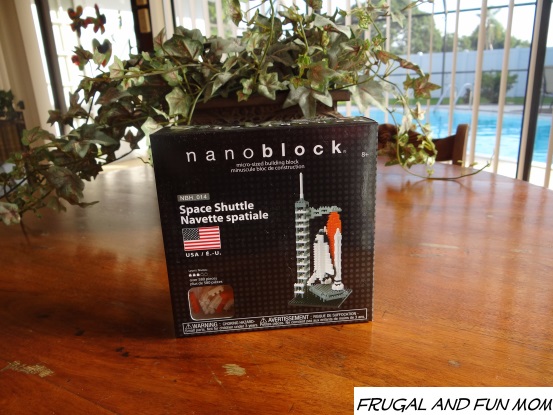 Typically when my son gets a building set, he puts it together in 15 minutes to an hour. This set was a little over his age level, but I liked that it kept him engaged for a longer period of time. If I would have bought this set, I definitely would have gotten my money’s worth.

Since this was our first experience with a Nanoblock kit, the directions took some decoding on our part, and this lead to a little frustration for my son. I proceeded to play around with the blocks and directions, and then showed him what I thought. He then took another go at it, and once he figured them out, assembly got easier and easier.  Each day he would work on it for 30 minutes to an hour in between homework, dinner, and errands. He kept at it and would bring each assembled part for me to look at. 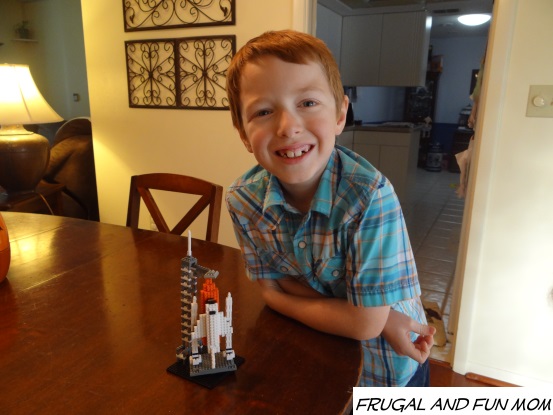 The real test on whether or not this was a worthwhile building set was if my son would like another. I asked him if he wanted me to get him a new Nanoblock kit and he said,“Yes, I liked the challenge”. After all that effort he is extremely proud of this accomplishment, and will be entering the Space Shuttle into our local fair.

Are you familiar with Nanablock?  If so, what sets have you or your child (children) put together?

To learn more about Nanoblock sets visit their website at mynanoblock.ca or check them out on Facebook at facebook.com/Nanoblock