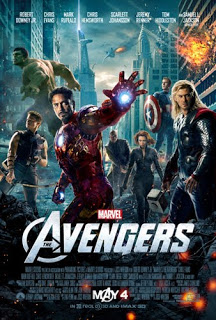 I had the pleasure of seeing an advanced screening of MARVEL’S THE AVENGERS last week, and it really is a great movie!


Now don’t get me wrong, when it comes to comic books and super heroes, I am really not a follower, however I did not need to be one to get caught up in this film.  It is full of action and humor and does not require a back story in order to enjoy it.


Check out the following trailer:
As soon as the film begins, the observer is immediately thrusted into the action by the appearance of the Alien brother of Thor named Loki (Tom Hiddleston).  And you guessed it, he is a bad guy and up to no good with world domination ideas. Destruction then follows Loki’s path, from now until the conclusion of the film.


However humans are lucky, because even through some reluctance, the cast of Heroes including Captain America (Chris Evans), Iron Man (Robert Downey Jr.), The Hulk (Mark Ruffalo), Thor (Chris Hemsworth), Hawkeye (Jeremy Renner), Black Widow (Scarlotte Johansson) are brought together by the Director of SHIELD, Nick Fury (Samuel L. Jackson), to fight against this bad guy.


Keep in mind though it is not just an action flick, there is comedy intertwined through out, and great moments between Iron Man and the Hulk, The Hulk and Thor, and especially this scene with the Black Widow, that made its appearance towards the beginning of the film.


Check out the following clip:

You will see many familiar faces in this movie including the supporting staff of SHIELD Agent Phil Coulson (Clark Gregg from “The New Adventures of Old Christine”) and Agent Maria Hill (Cobie Smulders from “How I Met your Mother”). 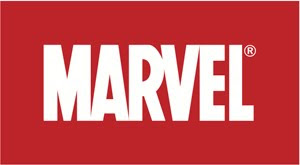 To check out character profiles and additional movie info such as videos, music, and downloads visit marvel.com/avengers_movie.


This movie is rated PG-13 and is in theaters everywhere today, May 4, 2012. And, don’t forget to enter my Marvel’s The Avengers Prize Pack Giveaway CLICK HERE. Giveaway ends May 11, 2012.

At Home Moma
Free Tickets, Prize Pack to giveaway, and information provided by Walt Disney Studios on behalf of Marvel. Opinions expressed in this post are that of my own.