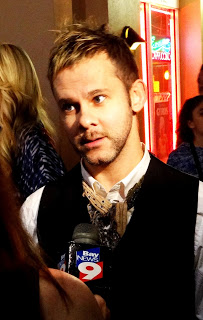 Dominic Monaghan
This year, I was given an opportunity to cover the Sarasota Film Festival through At Home Moma. And, along with that privilege, I was invited to cover a Red Carpet Event for a new movie called “The Day”. 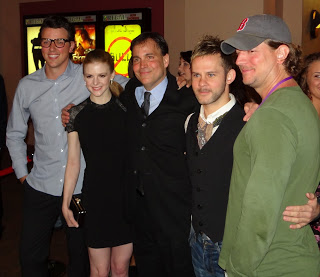 Producer Guy Danella, Ashey Bell, Michael Luisi President of WWE Studios, Dominic Monaghan, and Director Douglas Aarniokoski of “The Day”.
“The Day” which is an apocalyptic thriller, stars Dominic Monaghan (Lost, The Lord of The Rings) Shawn Ashmore (X-Men), Shannyn Sossamon (A Knight’s Tale) and Ashley Bell (The Last Exorcism), among many other familiar actors.  This film is distributed by WWE Studios. 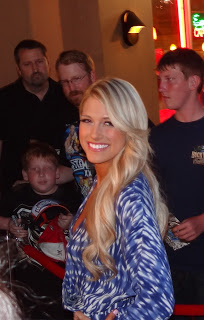 Kelly Kelly of the WWE.
To promote this screening at the Sarasota Film Festival,  Producer Guy Danella, Michael Luisi President of WWE Studios, and Director Douglas Aarniokoski of “The Day”  were in attendance. In addition, WWE Superstars, Kelly Kelly and Ray Mysterio made an appearance. 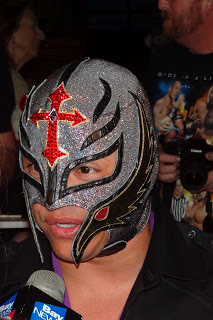 Ray Mysterio of the WWE.

Of course, one of the exciting moments was when Ashey Bell and Dominic Monaghan took their stroll down the Red Carpet. 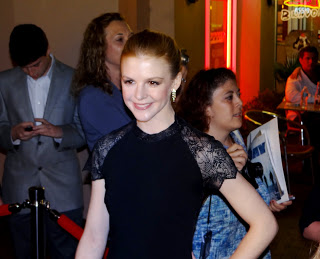 Ashley Bell
After the Red Carpet event, I attended a screening of the film and a question and answer session.  If you happen to be into Apocalyptic Films with violence, blood, and gore, you will probably like this film.  This was a little to my surprise,  because when the movie begins, you don’t realize it is going to be to that extreme. However, about half way through, I had to watch the film through my hand covering my face. I’m pretty sure, that was the shock the filmmakers were going for. 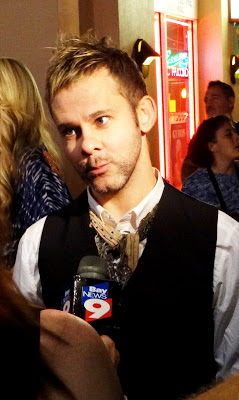 Dominic Monaghan
To learn more about the film “The Day”, visit The Day Movie on Facebook.
For more information on the Sarasota Film Festival visit sarasotafilmfestival.com
At Home Moma
A special thanks goes out to Frank Publicity for providing me with information , photos, a Press Pass and free Tickets to films at this years event. No compensation was provided for this post, and opinions expressed are that of my own.