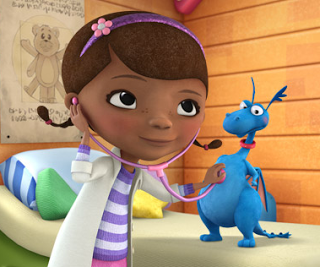 Back in November, I announced the news, that the Disney Channel would be coming out with an additional channel geared towards kids ages 2-7 starting in early 2012.  CLICK HERE–> NEW 24- hour Disney Junior Channel for details.

This new channel will feature many of the already familiar shows that are on Disney Junior in the mornings including “Jake and the Never Land Pirates” and “Mickey Mouse Clubhouse“.  Plus, there will be returning favorites like “Imagination Movies” and “Higglytown Heroes“.

Jake and the Never Land Pirates

There will also be new additions that include an adorable show called “Doc McStuffins“. This new animated series is about a six year old girl named Doc McStuffins, who can talk to her toys while running a clinic to repair their boo boos. 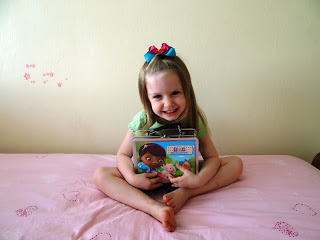 My daughter with her Doc McStuffins Lunch Box!
My kids and I got to watch an advanced screening of 2 episodes last night, and both kids, a 6 year old boy and a 3 year old girl, really enjoyed the screening.  They laughed and commented on the content, and I thought it was really cute as well. 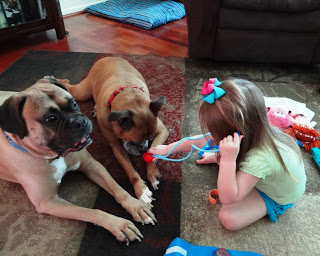 After she got the lunch box, she was inspired to began treating the Puppies.
The New 24-hour Disney Junior, will also feature 2 new series, “Guess How Much I Love You” and “Gaspard and Lisa” and 2 short-form series called “A Poem Is…” narrated by celebrity voices, and “Quiet Is..” a night series perfect for bedtime. Finally, this new channel will also have the “Magical World of Disney Junior” which will showcase popular Disney Movies such as Beauty and the Beast, Bambi, Cars, and much more!

My kids and I are really excited for this new channel, and we can’t wait for Friday!
At Home Moma
At Home Moma did not receive compensation for this post but was provided information and a Disney Junior Themed Package from Disney Junior. The opinions expressed in this post are that of my own.