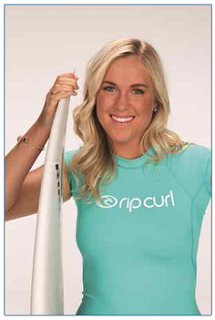 I recently attended a Webinar featuring Bethany Hamilton, Dr. Patrick Turley, and Representatives of the Damon System that addressed the benefits of a healthy and beautiful smile.

During the webinar, Bethany discussed how having a nice smile, helped her feel more confident.  From a clinical standpoint, Dr. Turley explained that having properly placed teeth helps with overall health because the teeth can be brushed properly, headaches are reduced, and tissue and bone surrounding the teeth have less strain.
As you may or may not know, Bethany Hamilton is a young lady who was met with a great obstacle when she lost her arm during a shark attack while surfing at the age of 13.  Recently you may have seen commercial on TV for the movie “Soul Surfer” that was based on what happened to her.  This attack could have put a stop to her surfing aspirations, but since her attack she has risen above her injury and has won a national surfing title and joined the professional surfing circuit.

When Bethany appeared on TV after the attack, Dr. Turley noticed that she had some crookedness to her teeth, and although he knew that at the moment her teeth were probably not her top concern, he contacted her offering to help correct them. She then took him up on his offer, and now she is the spokesperson for the Damon System of Braces through Ormco Orthodontics.

According to the data provided during the webinar, individuals who use the Damon System Versus Traditional Braces on average complete there treatment 6 months earlier.  In addition, on average they have 20 less appointments.  Of course the information that stuck out most to me was that these braces are less invasive which means in most cases no extraction required, and they cause less discomfort because there isn’t any tightness.
Personally as a child, I had terrible looking teeth, an over bite and under bite, which made me very self conscious.  As you can imagine, kids would make fun of me, and I rarely would want to smile in front of people.  Eventually I did get braces, however, it was very painful at times and usually after an appointment, I would have to take a Tylenol and lay down for a nap since the  pressure was so intense.  However, I was willing to suffer through it so I could have straight teeth. Once my teeth were corrected I felt like I could speak and smile, and no longer be embarrassed.
I’m glad to know now that there is a product available that does not have the tightness that I had to deal with. Plus, after attending this webinar, I realized that my good friend uses this system, and she just raves about how convenient it is.  I asked her if she felt discomfort and she said no, “it actually feels good after an appointment”. She will actually be getting her braces off very shortly.

To learn more about the Damon System of Braces or to find a local provider, visit: damonbraces15.reachlocal.net
At Home Moma
Disclosure: Information in this post was provided by Damon System Representives and Formula PR.  By completing this post, I was entered in to win a Bethany Hamilton Prize Pack.  My opinions expressed in this post are that of my own.