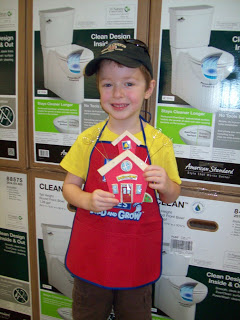 I have been posting about these FREE Kid’s Events at Lowe’s for almost a year, but had not actually attended one until recently.  My son and I attended the Lowe’s Build and Grow School House Photo Holder Event on 8/13/2011.

We had a really great time and my son who is 5 was able to hammer together the pieces and the follow the directions that I gave him. 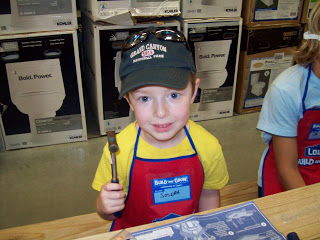 He was given an apron, name tag, and goggles to use and keep as well.  Plus, once he completed his project and turned his hammer back in, they gave him a certificate. (Make sure you verify the spelling of your child’s name) 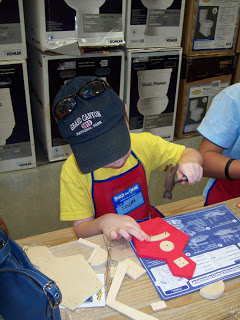 The only recommendation I have for anyone going for the first time, is to arrive early.  They had more people show up than had actually registered online and they ran out of kits.  They even had some extra kits from a previous week and ran out of those.Other wise we had an awesome time and will be attending this week’s event. Lowe’s Build and Grow
At Home Moma