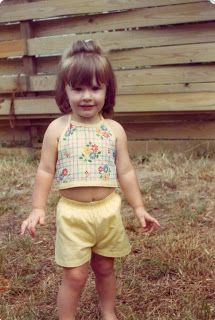 Me about 2 years old outside at my grandparent’s house!

I have such fond memories of my grandparent’s old home in general and can even remember most of the details of furniture and decorating in the house.  I can close my eyes sometimes and even remember the smells and the warm feeling I got from that home and the people living in it.

I am so fortunate to still have my grandmother in my life and I think it is wonderful that my kids get to experience many of the things with my grandmother that I did when I was little.

Well it just so happens that SocialMoms and Coca-Cola® have teamed up to introduce a new blogging program that invites mom bloggers like myself to share “A fond family mealtime memory inspired by Coke”.

I have many special mealtimes memories at my Grandparents that this post made me think of, but here are just a few that really stick out in my head.

One of those special memories I had at my grandparent’s was Coke Floats.  This was something that I usually have on warm summer days.  And even though it wasn’t quite a meal, there was nothing better then playing outside all day, and then coming in and having a Coke float with Vanilla Ice Cream.  It was so yummy! 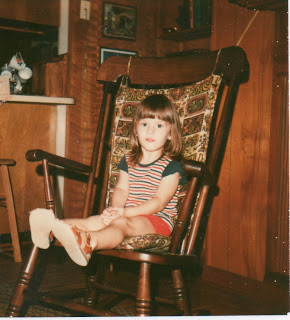 In my grandparent’s living room.
I also started to think of all the family get-togethers at my grandparents, like Thanksgiving and Christmas. Most of my family from both sides would gather at their home and we would have these great feasts.  My grandfather had his own garden in the back, so we would eat many of the items he grew like green beans, tomatoes, and corn.
My Mom would bring her awesome sweet potato casserole and sometimes her delicious potato salad.  My Grandma always made the best Turkey and Gravy and to this day, we still make her bring the Turkey and the Special Gravy she makes.
Another special mealtime memory was eating sandwiches and soup on the the Special Stool and TV Tray.  My grandparents had a stool that was the perfect size for a little one and these metal TV trays that had fruit on them. When I would visit with my grandparents during lunch time, I would use these two items.  I would also use them for coloring and other activities.  I used these until I got too big for the stool, but even as an adult, I would use those TV Trays. My Grandma still has that old stool and both of my kids have used it to have their lunch and snack.
The settings may have changed, but the traditions tend to stay the same, and I am happy that my kids are experiencing these same memories. They will probably be having their own Coke Floats over the summer and we will all be getting together to celebrate the holidays again this year.
Do you have any special memories inspired by Coca-Cola? Any special Coca-Cola Recipes? I would love to hear about it.
About Coca-Cola®

“I wrote this blog post while participating in the SocialMoms and Coca-Cola® blogging program. If I am one of the first 100 blogs received by SocialsMoms, I will receive a $25 gift card. For more information on the program, click here.”